…and punch the guy in the dick who came up with buffalo chicken dip. 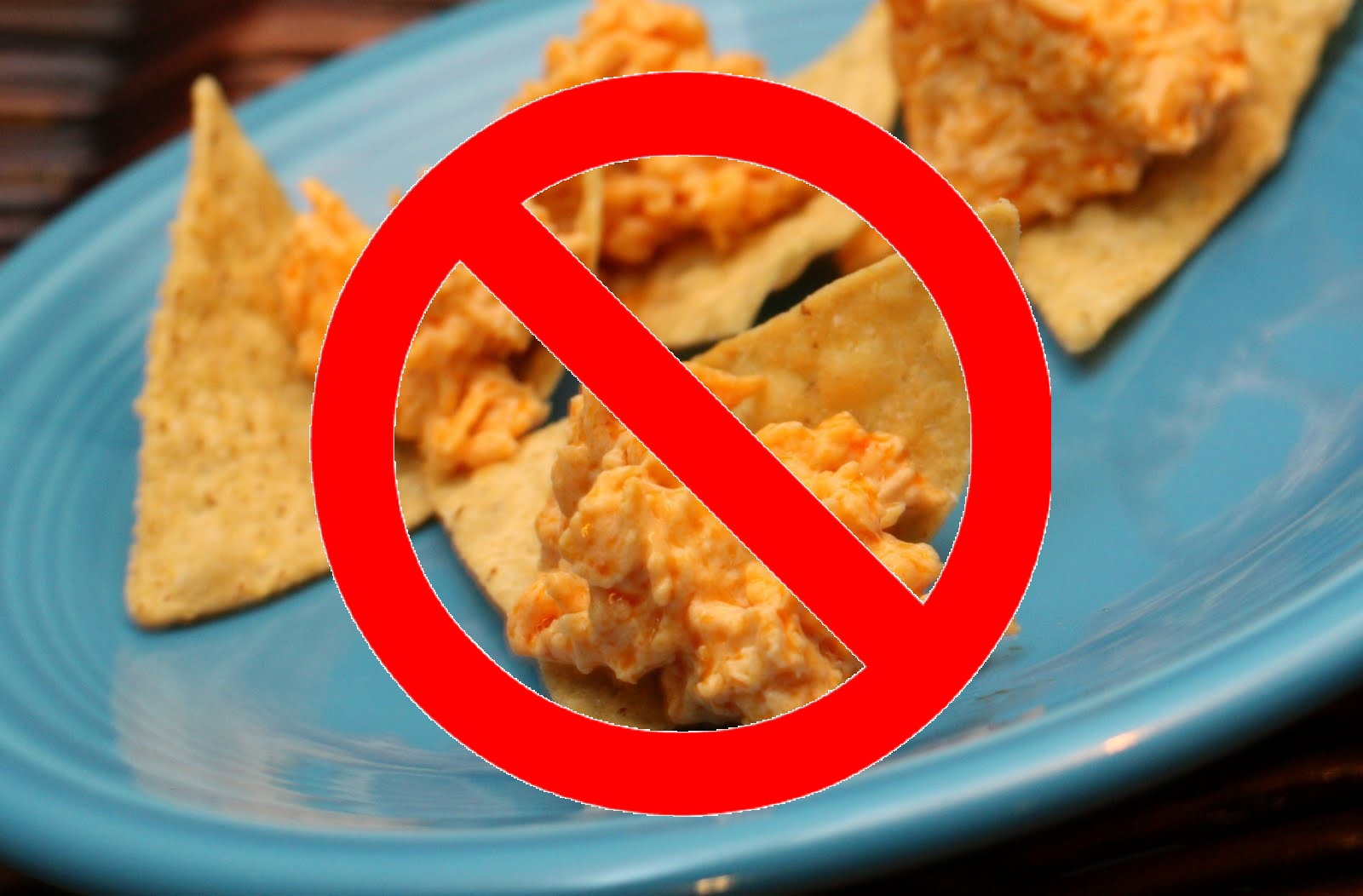 I fucking hate this white trash shit. No, not because it doesn’t taste good, and not because I don’t love the ingredients individually, but because it’s this decade’s lazy, no effort, brain dead appetizer that your friends who don’t know how to cook bring to potlucks. Every.Single.Time. Sometimes they even fight over who’s going to make it. Think of something else, people! There’s a really good recipe app out there called the internet. Use it.

So what if it tastes good? There’s plenty of other awful food out there that I love to eat that isn’t nearly as bad, and anyways who doesn’t love wing sauce, cheese, and bleu cheese dressing? (If you answered yes to any of those, you’re dead to me. Or if you use ranch. In anything.)

Even worse is the fact that the people who are bringing it to your potluck are people who have just “graduated” from bringing plain ol’ chips and dip. Now they’re bringing this crap instead, and they show up with a grocery bag and smile while saying “I just need a dish and to use your oven!” Oh great, I get to clean up your dishes, too! Thanks a lot, jerk.

Sadly, the epidemic is getting even worse: 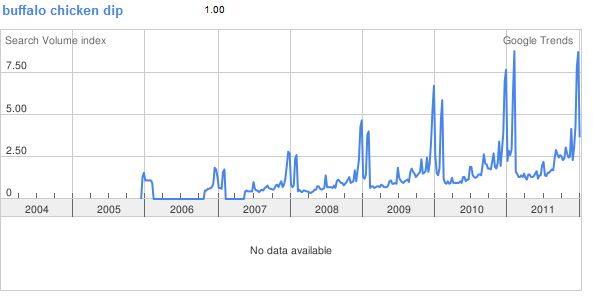 As you can see, it’s gradually gathering more and more steam, peaking each holiday season as more and more people go to party after party with no cooking skills and have no idea what to bring. “I know, buffalo chicken dip!” Puke.

We’ve seen this in the past. A few years ago it was grape jelly meatballs. Before that, it was spinach artichoke dip (man I’m sure we’ve all had more than a few bad experiences with that). But lately BCD has reigned supreme: 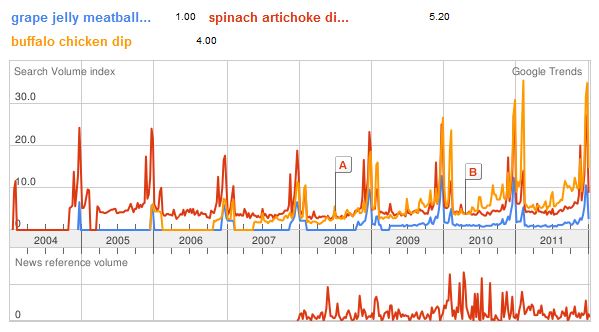 And there seems to be no end in sight. Different techniques, different variations. “I layer mine!” “I mix mine!” “I add this cheese!” or whatever the hell other “secret ingredient” is the flavor of the day. Then there’s the person who makes BCD their own specialty, as if no one’s ever had BCD before and we’re somehow going to have some eye-opening revelation by trying their version. Yeah. Right. (Ooohhhh man the Frank’s Red Hot in this one is soooo good!)

So, the next time you have no idea what you’re going to bring to a potluck, use your head. Put in some effort. Look literally ANYWHERE on the internet; there are millions of recipes out there. Or open up that cookbook that’s collecting dust on your bookshelf. Pick any recipe that requires more than dumping a few bags of shit and a bottle into a dish and you’ll be in a thousand times better shape than bringing god damn buffalo chicken dip!