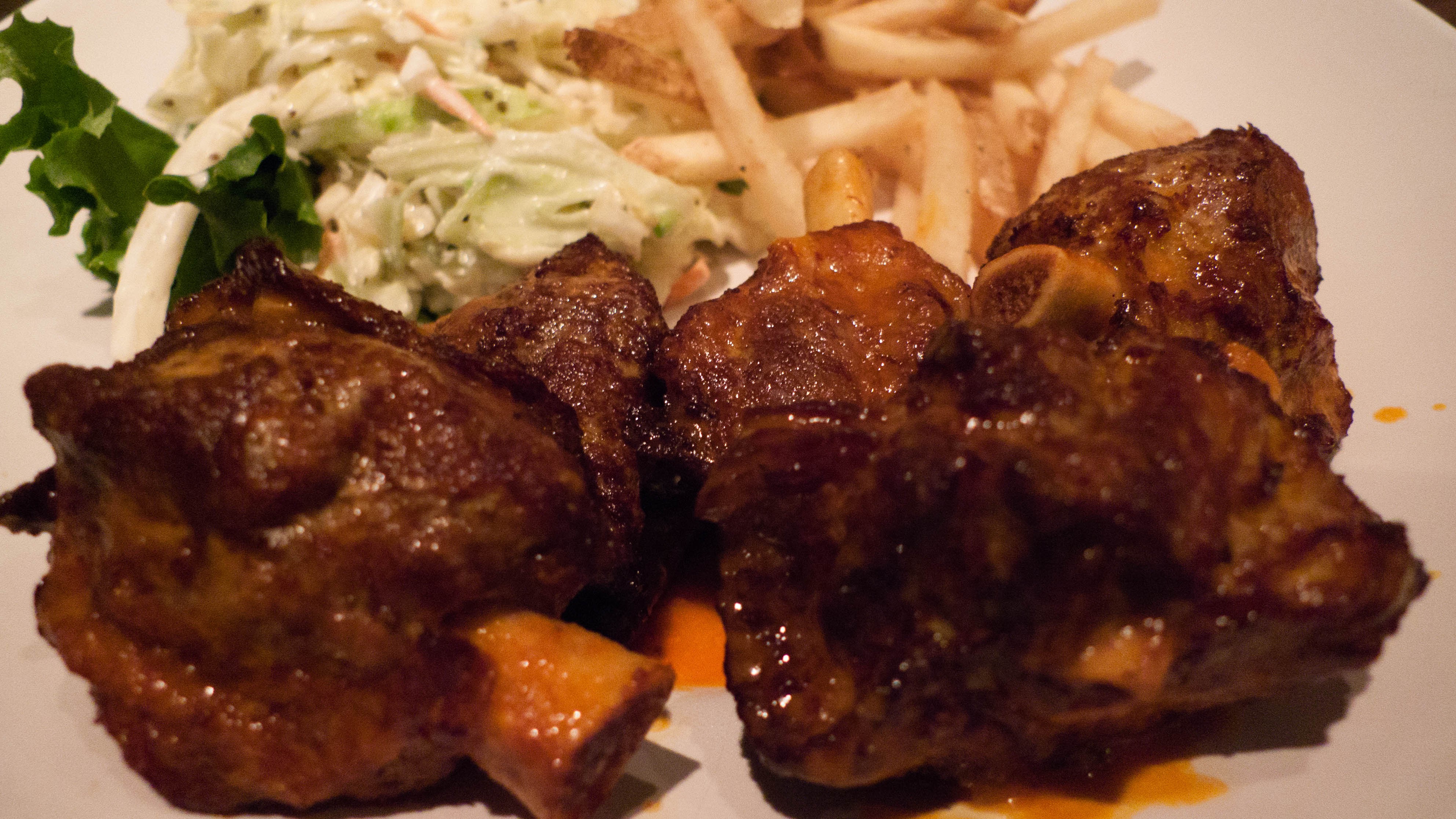 Had these puppies when I was at the Lovin’ Cup in Rochester after my Southern Tier Brewery Tour. I read about them on the menu before going and anxiously awaited having them all day. The New York Times had an article about pig wings back in November I totally missed. It’s a shame because I would have immediately sought them out if I knew back then. They have a great chart that lets you see exactly where the pig wing comes from. 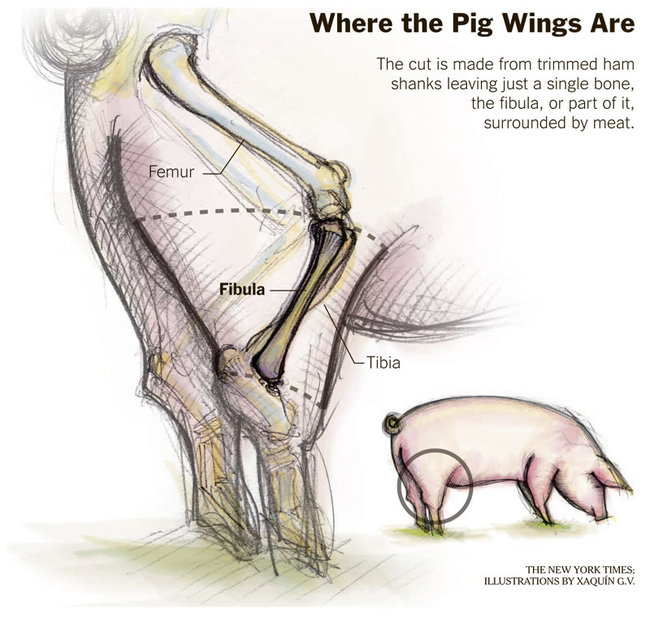 Now, why is this such a big deal? Because chicken is boring. All chicken is is a boring, neutral canvass that’s a vehicle to get the flavor of whatever sauce or spices you have on it into your mouth. Chicken adds nothing to any dish. Pork on the other hand explodes with flavor. Add that that a kickass wing sauce and you have a pinnacle of bar food excellence.

Now, the wing sauce at the Lovin’ Cup wasn’t even that good. You can see by the orange coloring it’s a pretty typical (possibly even pre-made from a jug) wing sauce. But the pig wing itself was so mind-blowing that it totally picked up the slack. I immediately tried to find some the next day, and while I was able to pick up some ham hocks, they were just not right. They’re too big and probably won’t cook right in the fryer. It’s like the difference between a drumstick and a chicken wing; they’re just not the same.

The quest for the the perfect pig wing will continue. I hear they have them at Bat Shea’s but I can’t find a menu online to verify this (or any online presence, for that matter). Once I have some of these bad boys slathered up in The Ruck’s wing sauce and blue cheese, I’ll be happy.