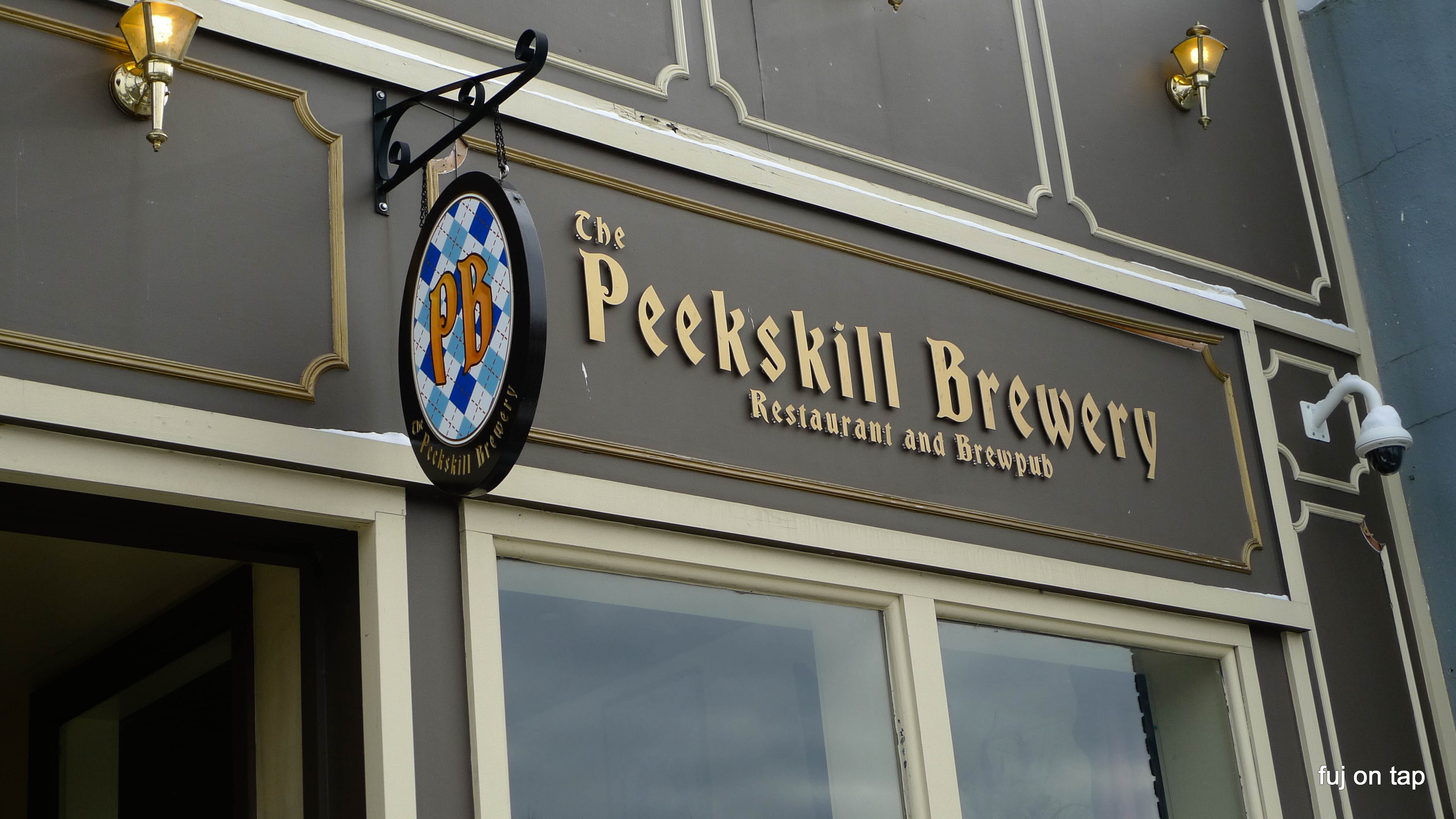 Hit up The Peekskill Brewery last Sunday on the way home from Bedford Hills where I picked up my Athena Audition speakers. We actually stopped at Captain Lawrence Brewing Company first, not realizing they were closed on Sundays but Peekskill was so close it didn’t really matter. This place was actually surprisingly good and I’m glad we ended up stopping there instead. Atmosphere was great, bar staff was stellar, and the beers were better than expected. I agree with some of the reviews that the food prices were kinda outa whack but that wouldn’t prevent me from visiting again. 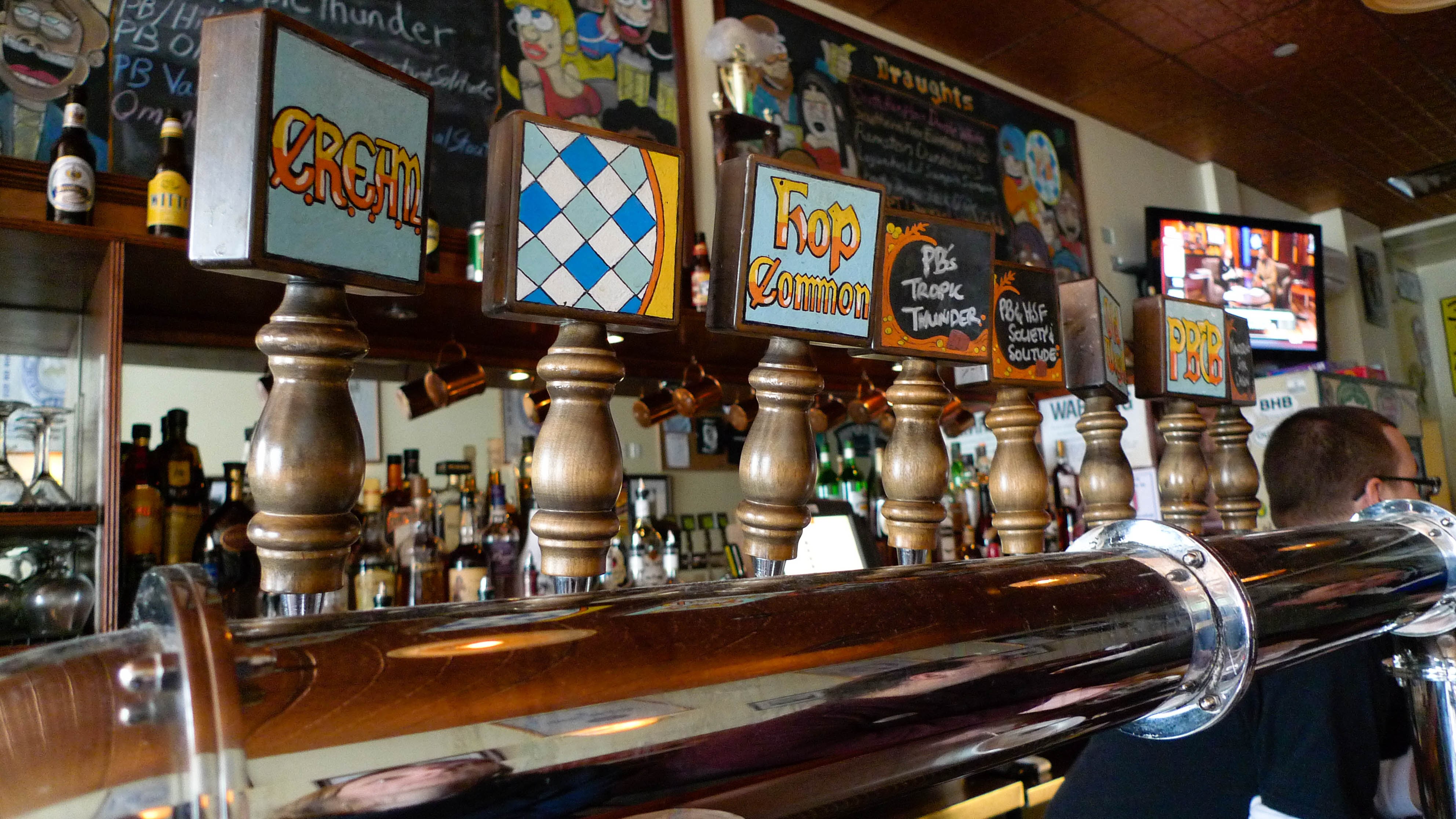 We settled into a couple of stools at the bar with an extremely positive and helpful bartender who offered us several tastings without a hassle and great recommendations. I was rocking my Maker’s Mark shirt I picked up at the distillery and was immediately offered a taste of their Vanilla Bourbon Stout (8.5%), which I was told is made with Maker’s soaked vanilla beans. This was an extremely tasty stout I’ve previously sampled at TAP NY.  Elise grabbed a 10oz of this while I settled down with a tulip glass of Old Wagon Ale at 8.2%. These are beers that are available year-round and highly suggest getting if you’re ever around. There’s a $1 off per beer foursquare special if you’re into that sorta thing, too. 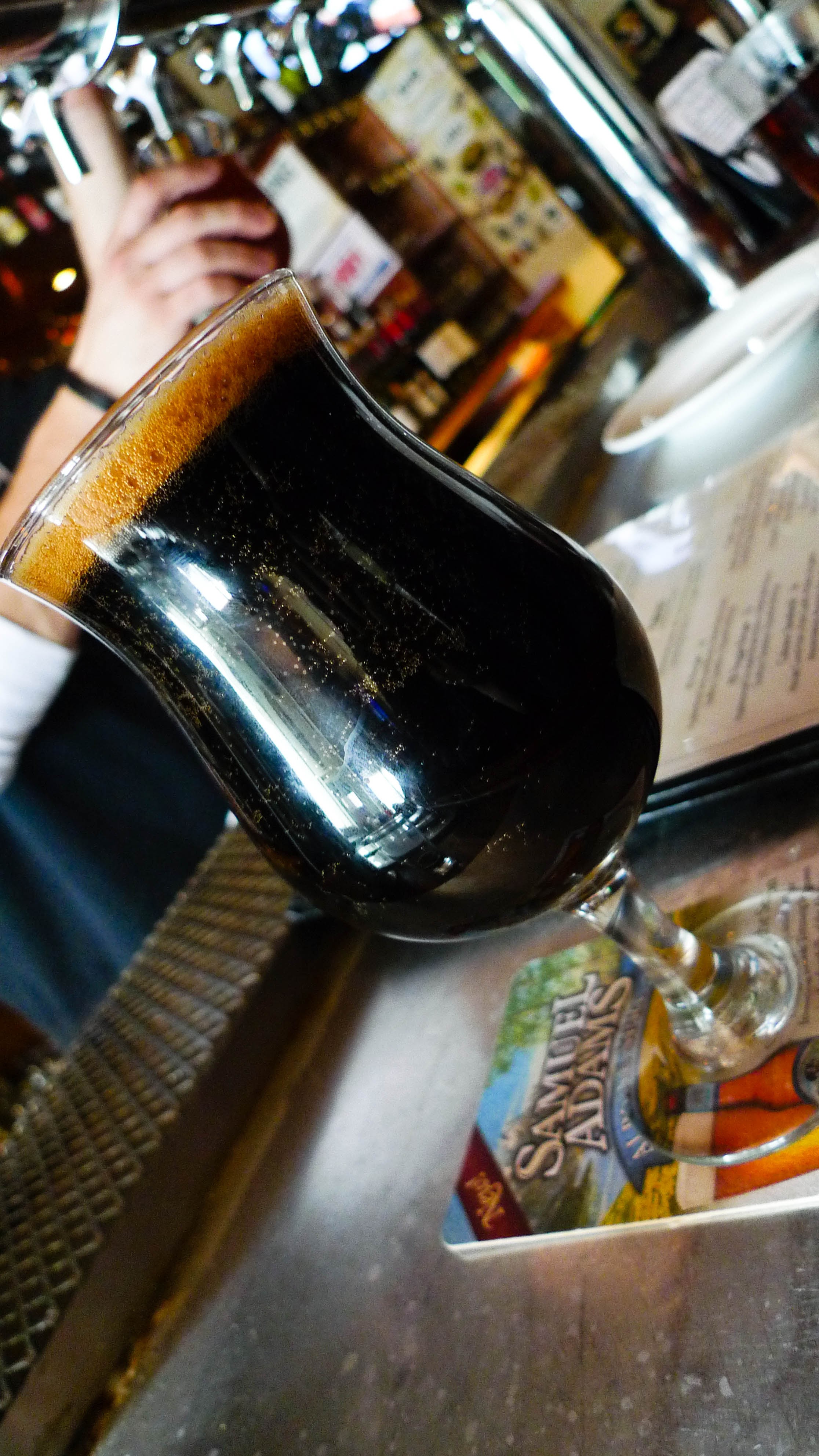 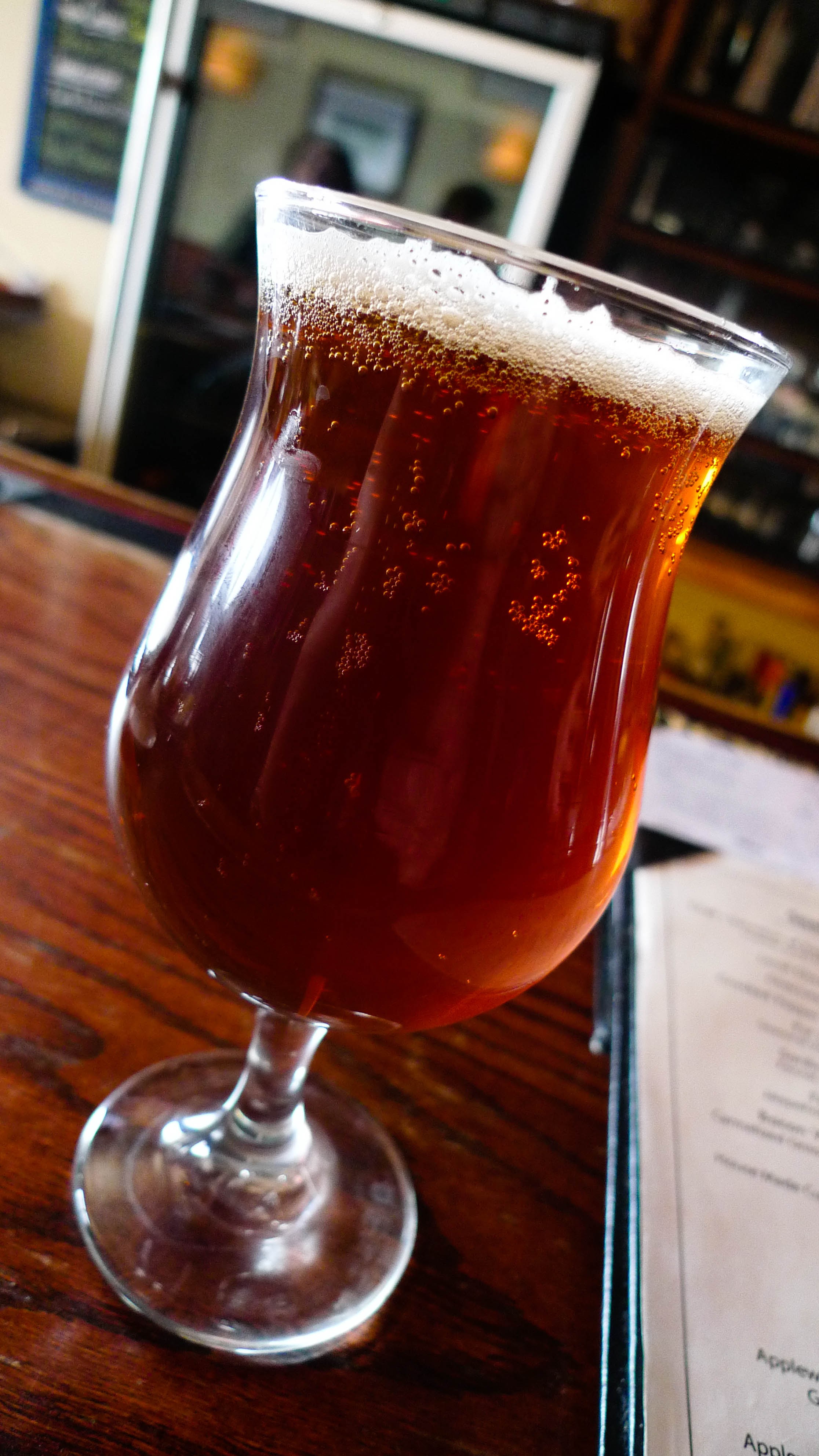 While we sipped on these we put in our order for food, again both dishes on recommendation of the bartender. The local cheese and charcuterie board piqued Elise’s interest and the Scotch egg was touted as a local favorite. I’d never even heard of a Scotch egg before but after listening to the description I knew I had to give it a shot.

It came out presented on a small plate with a few greens on the side. It was a soft-boiled egg (very slightly runny yolk) that’s shell was removed, then wrapped in sausage, breaded and deep fried. This was an extremely unique combo and definitely something I’ll have to try to replicate at home. If you’ve never had this before, you gotta try it at least once. 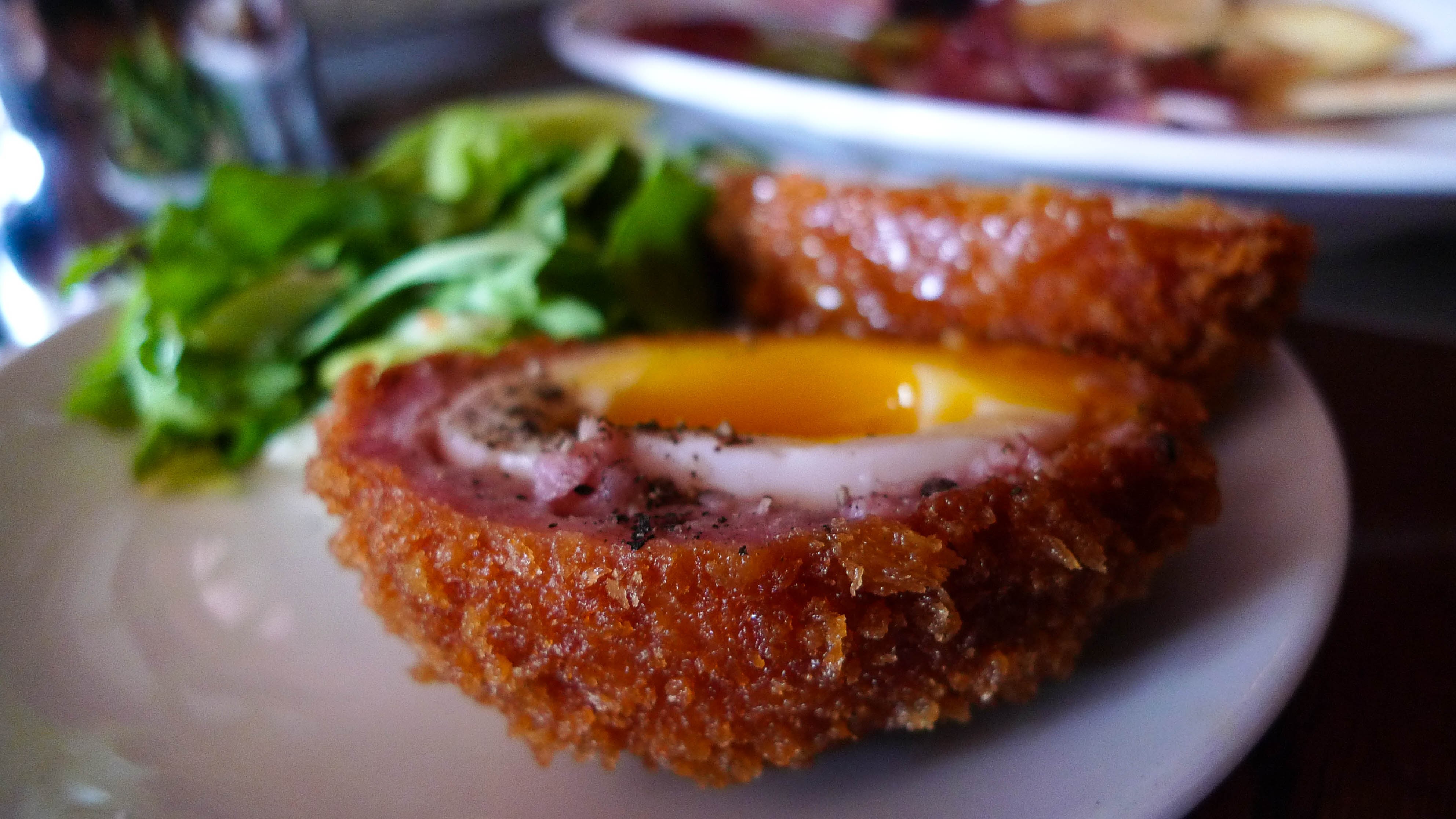 The local cheese and charcuterie board was honestly a little light for the amount of money it cost. I don’t know if it was just the presentation on the plate or what but as you can see from the picture it looked sparse. Considering we were splitting the board, we knew we were going to have to supplement with something else so I put in a quick order for some of their house-made handcut fries. The fries were awesome. 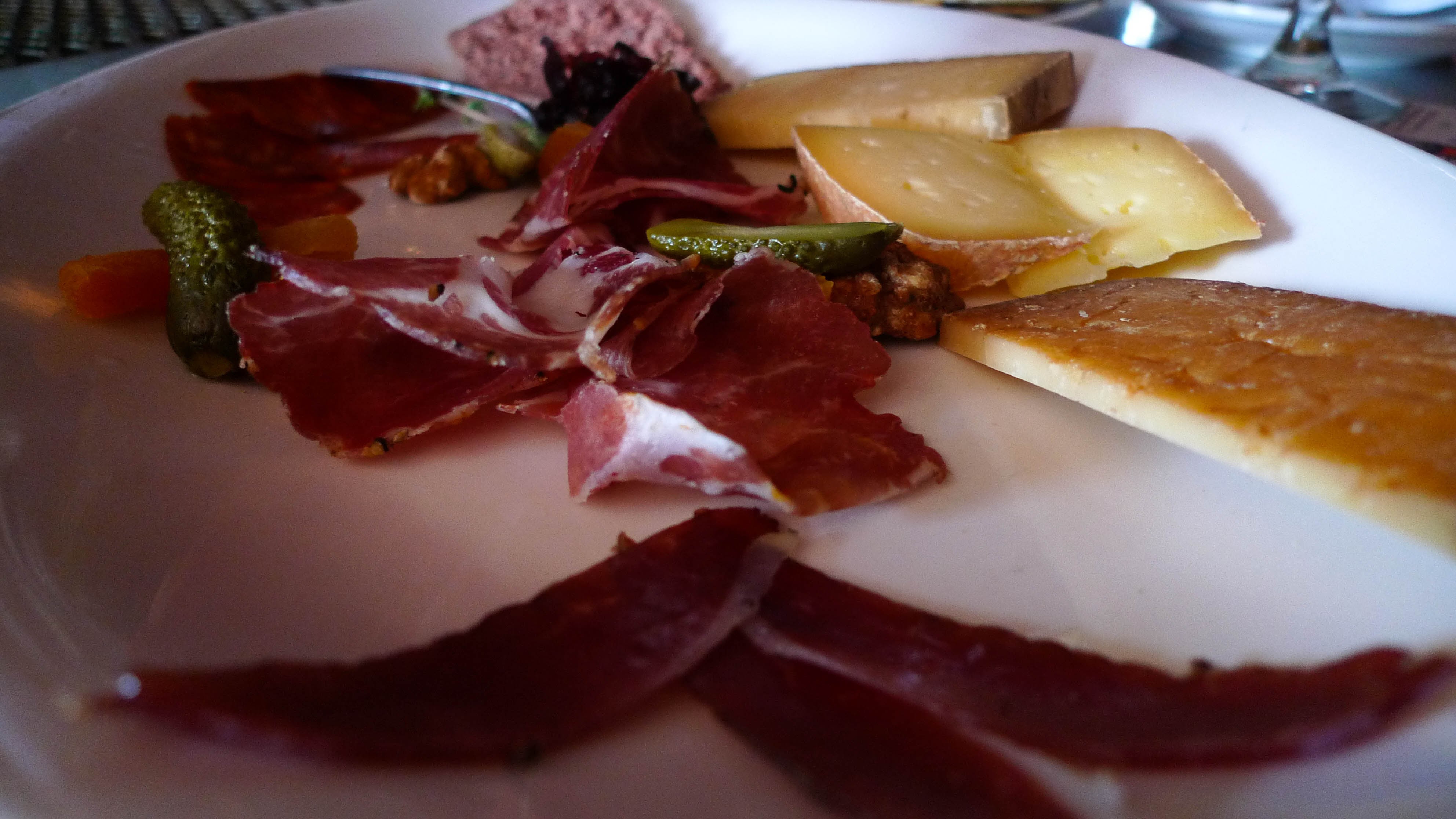 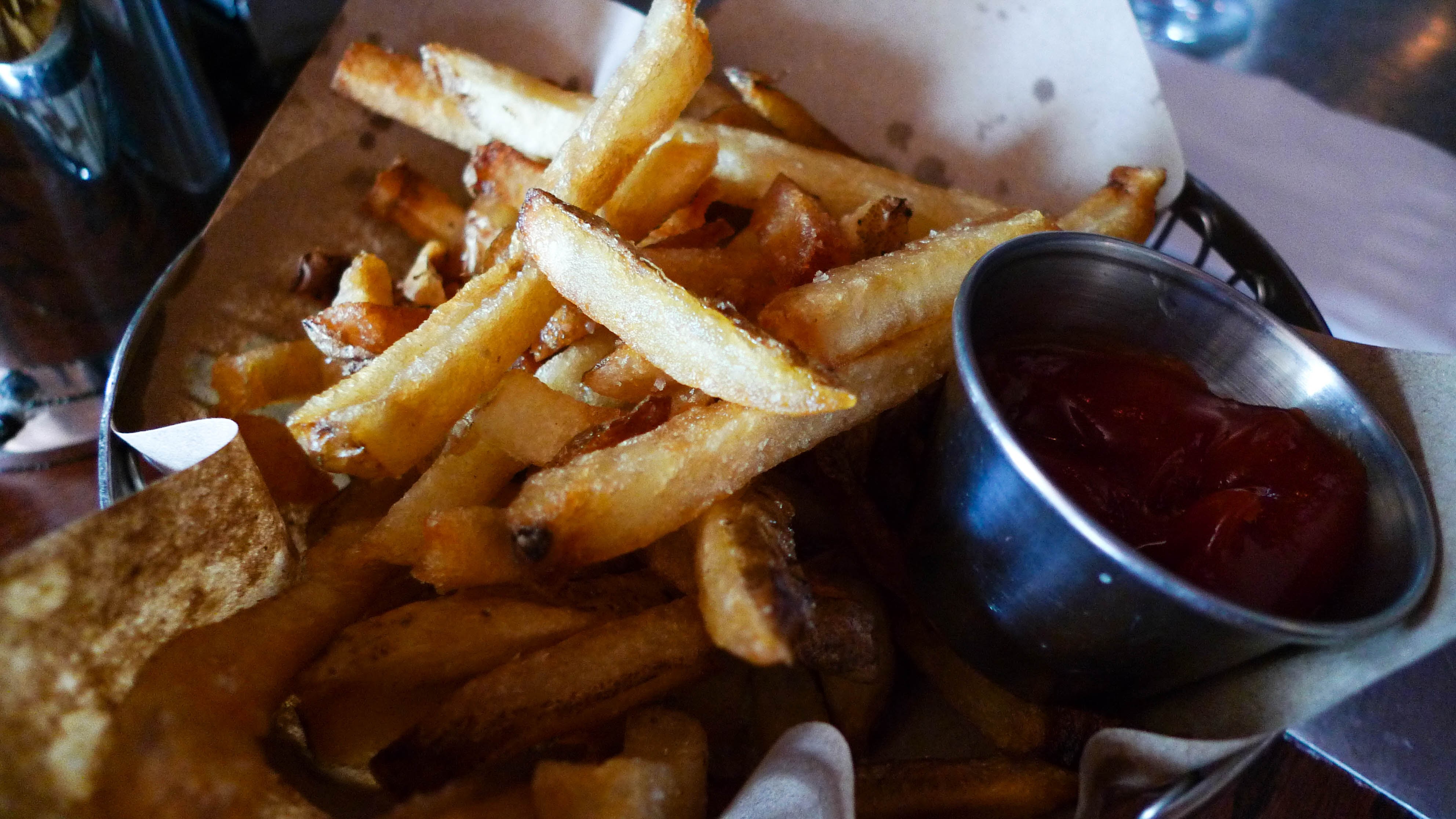 Somewhere during the meal I was wavering between my second drink being a Super Kitty from Keegan Ales or something else from Peekskill. I generally try not to drink guest brews while at a brewery, but as I’ve mentioned before Keegan’s Joe Mama’s Milk is one of my favorite beers and I just haven’t seen Super Kitty on tap any place else. The always accommodating bartender poured me a taste of the Super Kitty to help me decide. I’m extremely surprised this has a rating of Exceptional on BeerAdvocate. This tasted like Hurricane Kitty with a splash of Malibu Rum. Tons of coconut I wasn’t really expecting from the beer. I passed. 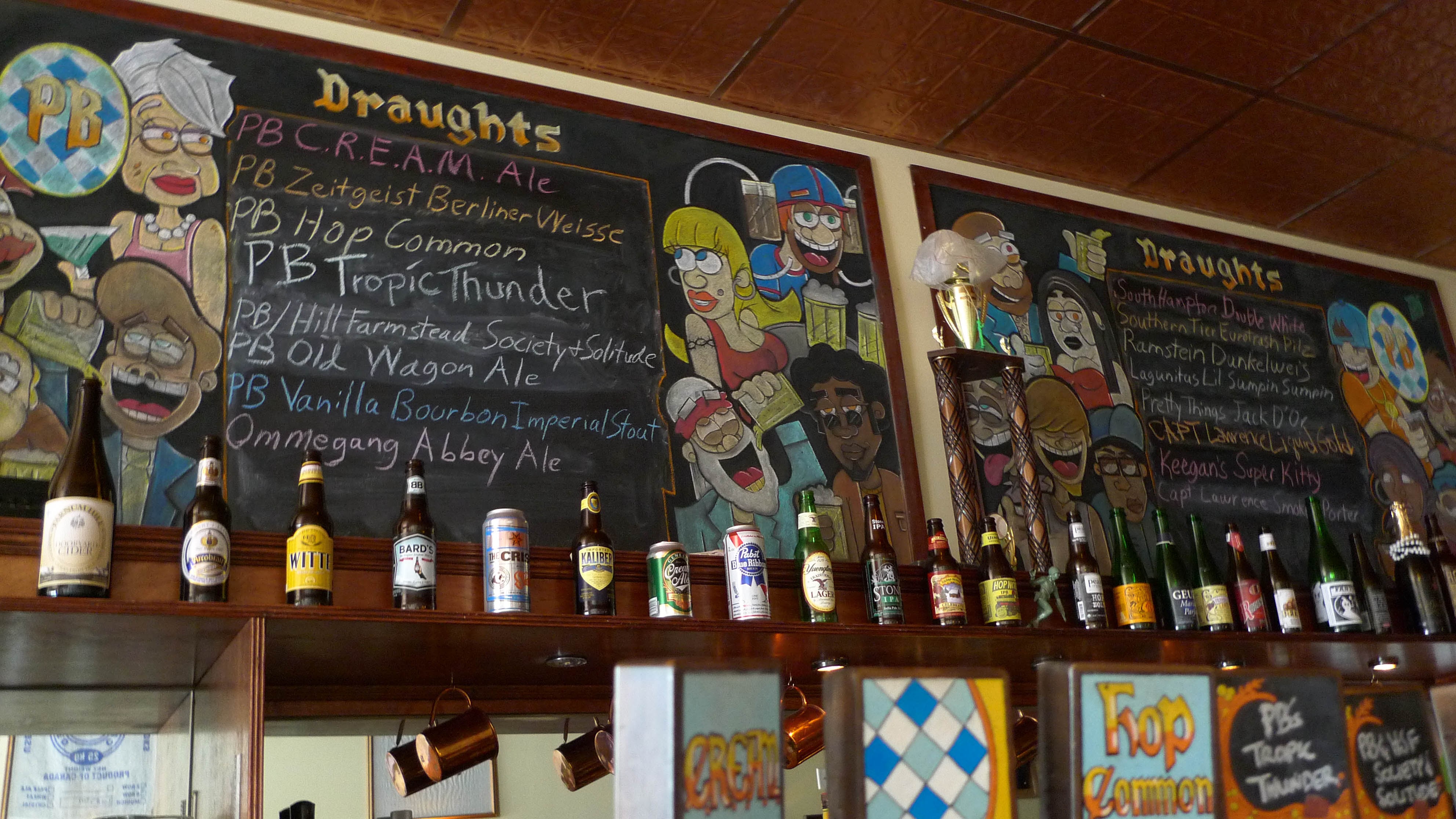 The bartender suggested a glass of their Society & Solitude Series #1, a collaboration beer with Hill Farmstead Brewery, rated the #6 brewery in the world according to Rate Beer. It’s a single hop Double IPA brewed with Sigel Hop Farms’ “high oil” Cascade hops and was god damn delicious. Since this beer isn’t going to be around forever, and Peekskill is one of the few places it’s actually available I just had to get a glass. I’m a big fan of beers made with cascade hops and this beer is no different; huge citrus in the aroma and taste as expected. 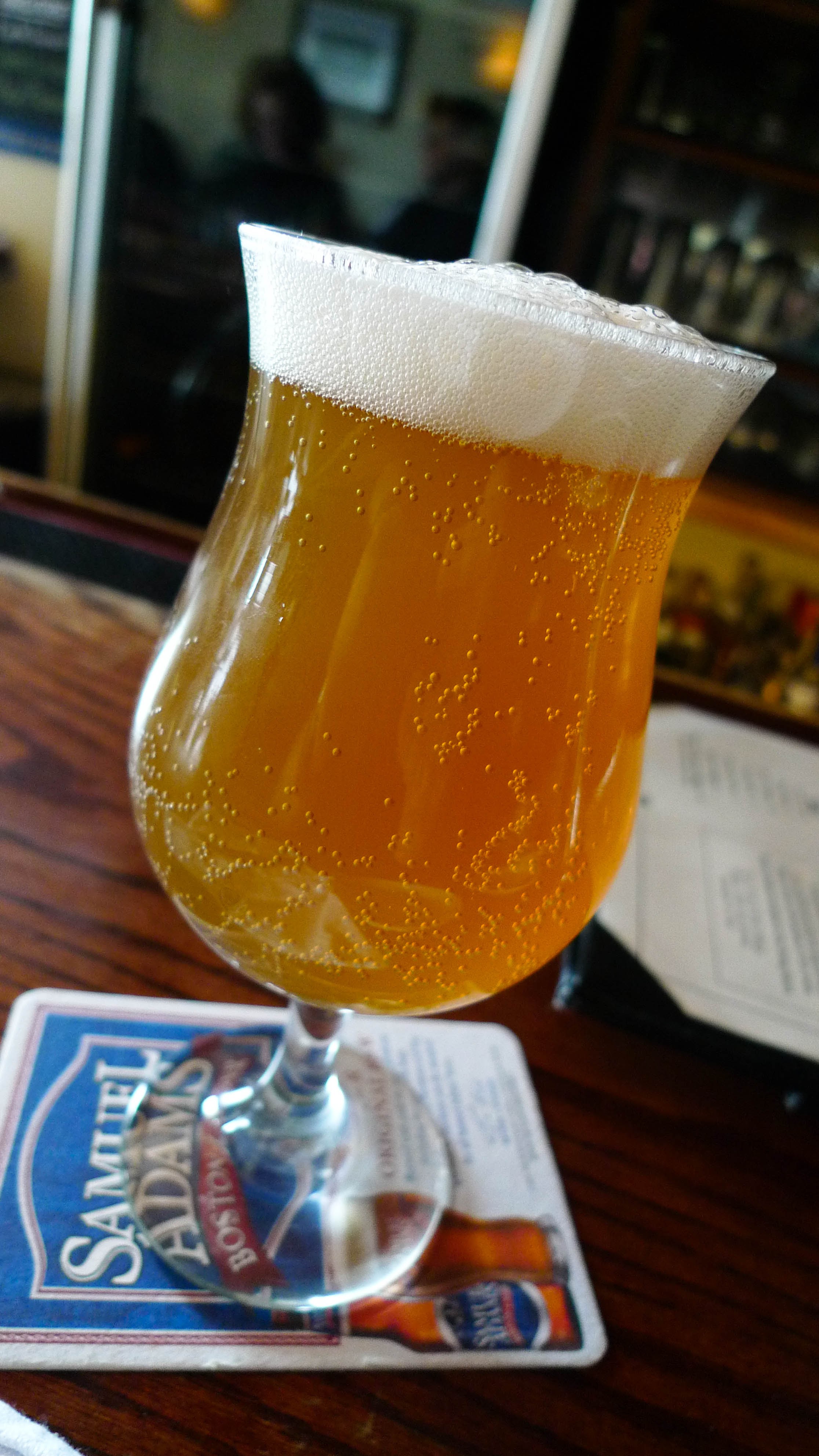 There was some sticker shock when we got the bill, but overall Peekskill was a very pleasant experience and it earns a highly recommend from me. It’s conveniently located right at the Metro-North station so the city folk can make a stop without even getting a DUI. They’re in the process of moving to a new location just a block away to expand to a new a 15 bbl system from their current 3.5 bbl system, and I’ll be sure to check out the new digs.