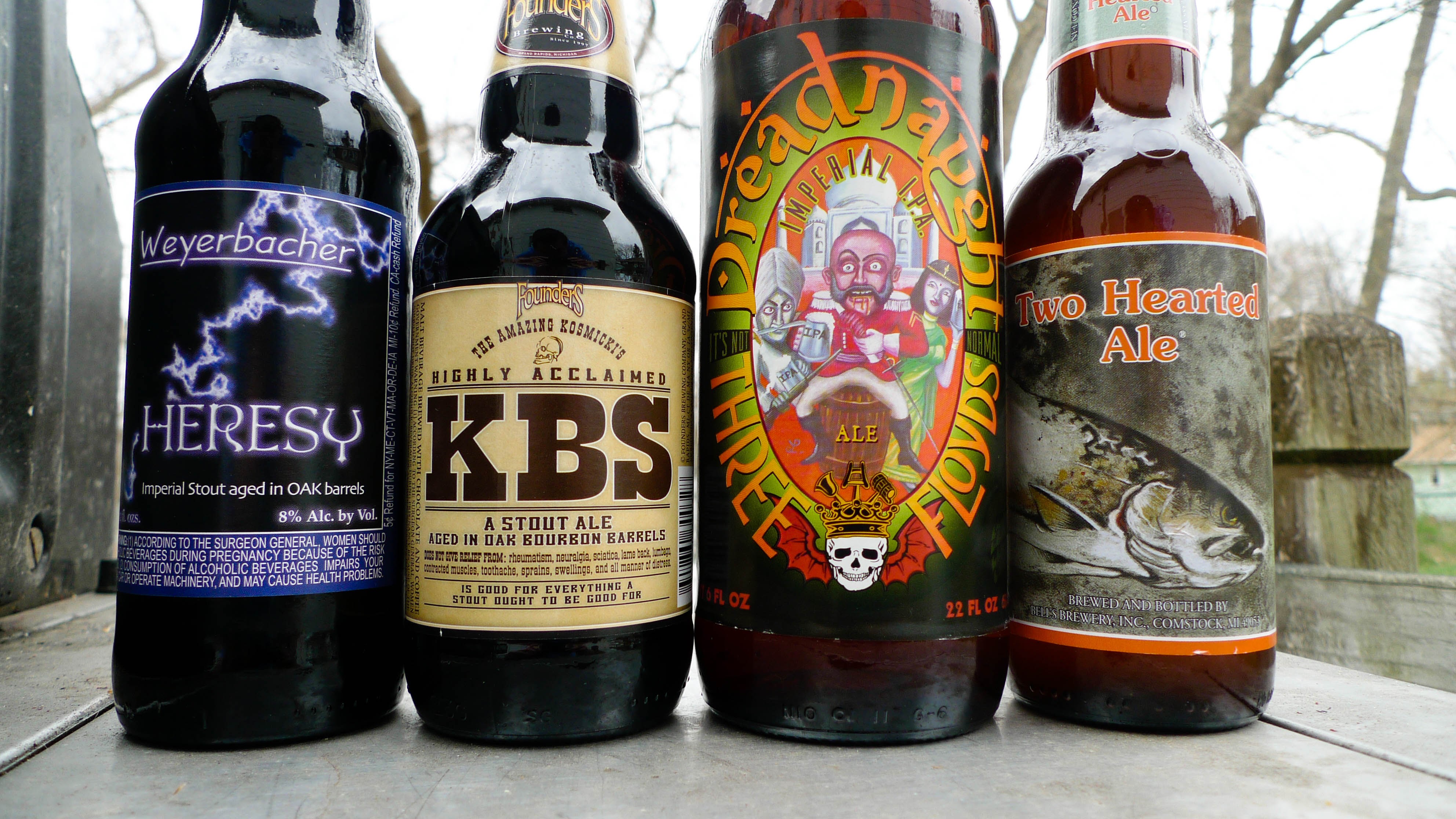 Founders KBS hasn’t been the easiest to get, especially when it hit shelves while I was on vacation. This just means I’ll have to set up a few trades before I get the amount of KBS and FBS I want to do a Founders tasting, with the coup de grâce being the bomber of CBS, which I still haven’t tried. Good thing Heady Topper isn’t too hard to come by around here and makes for easy trades. Thanks to NoLeafClover44 for this beer mail!

PS. Armsby Abbey is having their annual Founders Breakfast and StoutFest this weekend. I’ve been assured that after the Founders Breakfast there will still be FBS, KBS, CBS, and Imperial Stout on tap, and they’re tapping another four kegs the following morning at 10AM.

@fujii13 yes all 4 will still be on.Then on Sunday I’m tapping another round of CBS,FBS,KBS & Imp Stout for 10am open

Now to decide which day to go to!