A little bit of background here: I’m a complete weirdo when it comes to all things civet coffee, AKA Kopi Luwak, AKA (colloquially) “cat-poop coffee”. I’m kinda obsessed with it. I think the idea behind it is completely nuts and weird and strange and something most people don’t “get” or want to try which makes me love it even more.

For those of you not in the know, Kopi Luwak is one of the most expensive coffees in the world at about $160 a pound. The reason for this is the process in which Kopi Luwak is made. They start with a variety of different coffee berries (which can lead to wildly different flavor profiles) and feed them to the Asian Palm Civet: 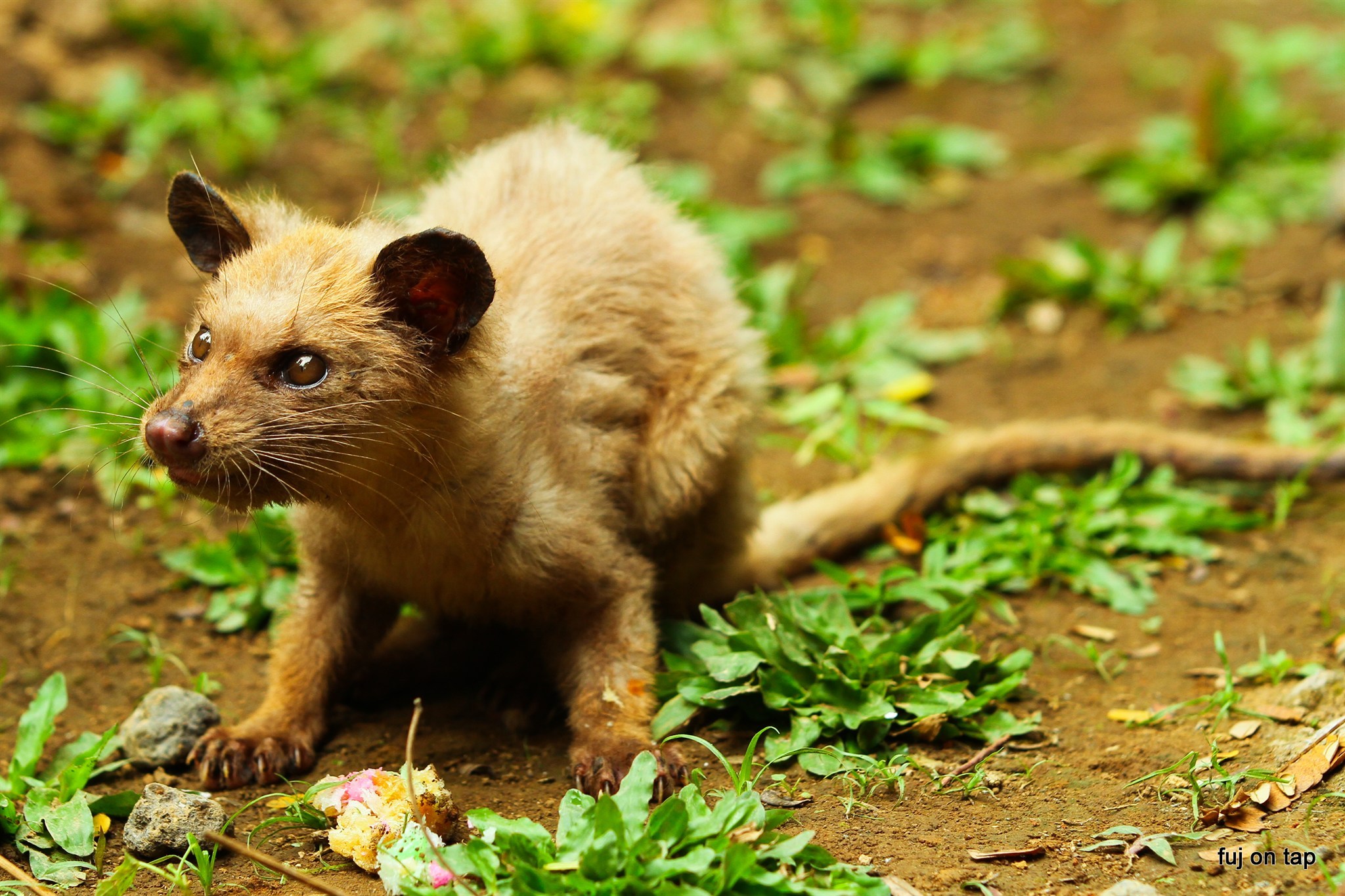 There are only a handful of breweries making beers with Kopi Luwak, including Cigar City, Jester King, Jackie O’s and obviously Mikkeller. Cigar City’s Zhukov’s Final Push wins for having the awesomest name, but is damn near impossible to get your hands on. Beer Geek Brunch is definitely the easiest to find.

OK, let’s talk about the beer: Tons of coffee, chocolate and roasted malts in the nose, with some booziness, spice and an aroma from the apple brandy barrel present.

Extremely dark brown appearance, may even be black but tough to tell in the lighting. Completely opaque with a uniform body. The small-bubbled brown head dissipated quickly.

You get hit up front with the coffee and chocolate on the taste, which is followed up with dark roasted malts and just a hint of the apple brandy barrel and some heat. The booze isn’t overpowering and blends well for the 10.9% ABV and the style.

The beer has a full, creamy, silky smooth mouthfeel that coats the tongue a bit. There’s medium carbonation and little to no warmth from the alcohol.

Overall I was pleased with my first Beer Geek Brunch experience. I feel like the Calvados Barrel could have stood out a bit more but I have a feeling that will be made up in the Cognac Barrel Edition I’m holding on to (along with an insane 19.3% ABV Black Buffalo). After I find a regular Beer Geek Brunch Weasel Nuzzy and I can do a full on Beer Geek horizontal tasting. More on that to come.