After a stop at Premiere and night of hopping with Merc between MacGregors’, Blue Monk, Cole’s, Mr. Goodbar and an obvious late night snack at ETS, it was time to get some real drinking done. 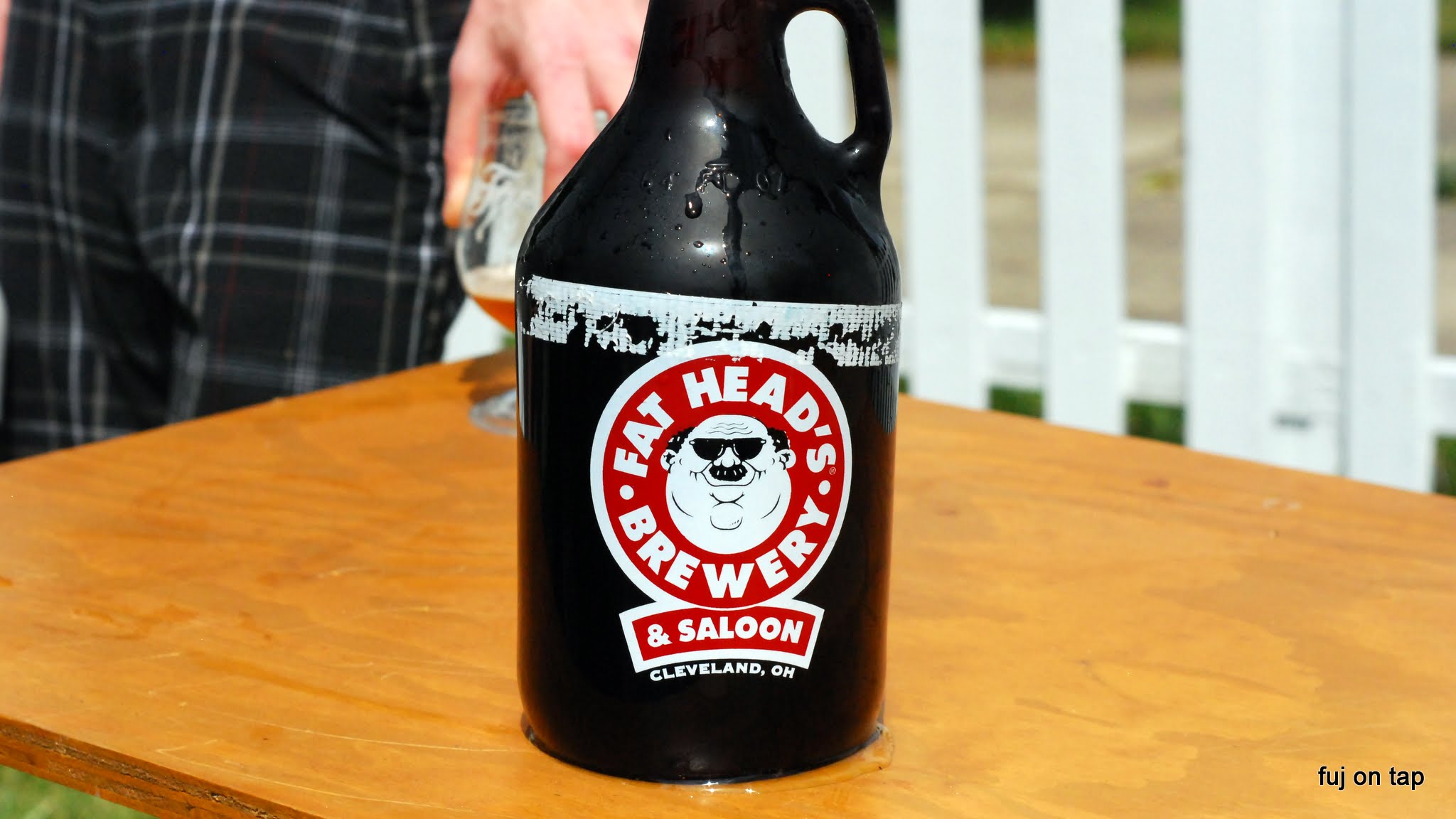 For those of you who don’t know, a rather large or “Gang Bang” Beer It Forward was set up on BeerAdvocate that transpired between the months of June and July. 5-8 man teams, 400-500 oz requirement, plus swag, glassware and whatever other extras you felt like throwing in. Team Cleveland sent to us, we sent to another team, that team sent to team #4 etc etc. I threw in some Lawson’s, Rock Art (blech) and naturally Heady Topper, with a damn fine looking Lawson’s Tulip to boot. 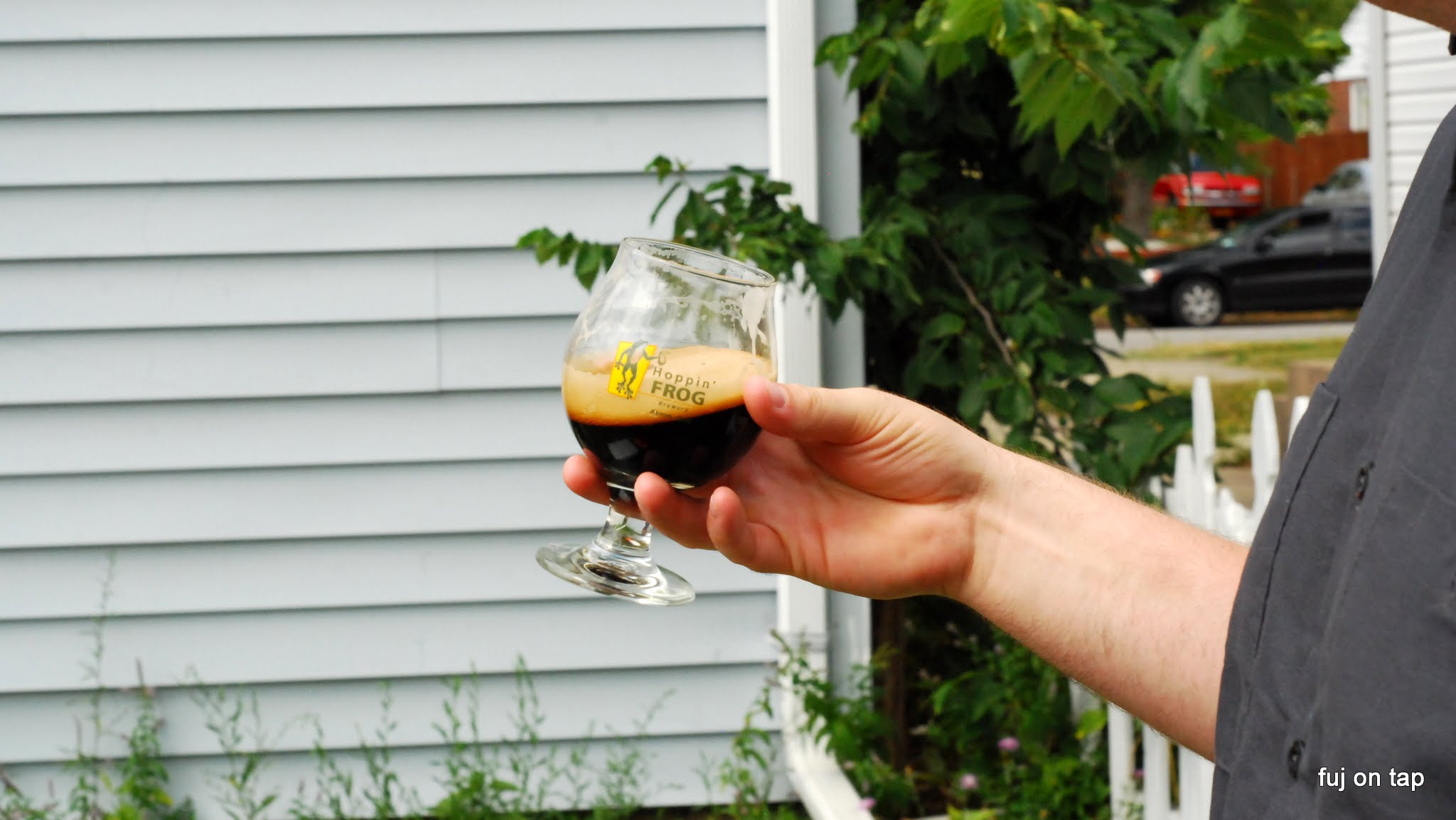 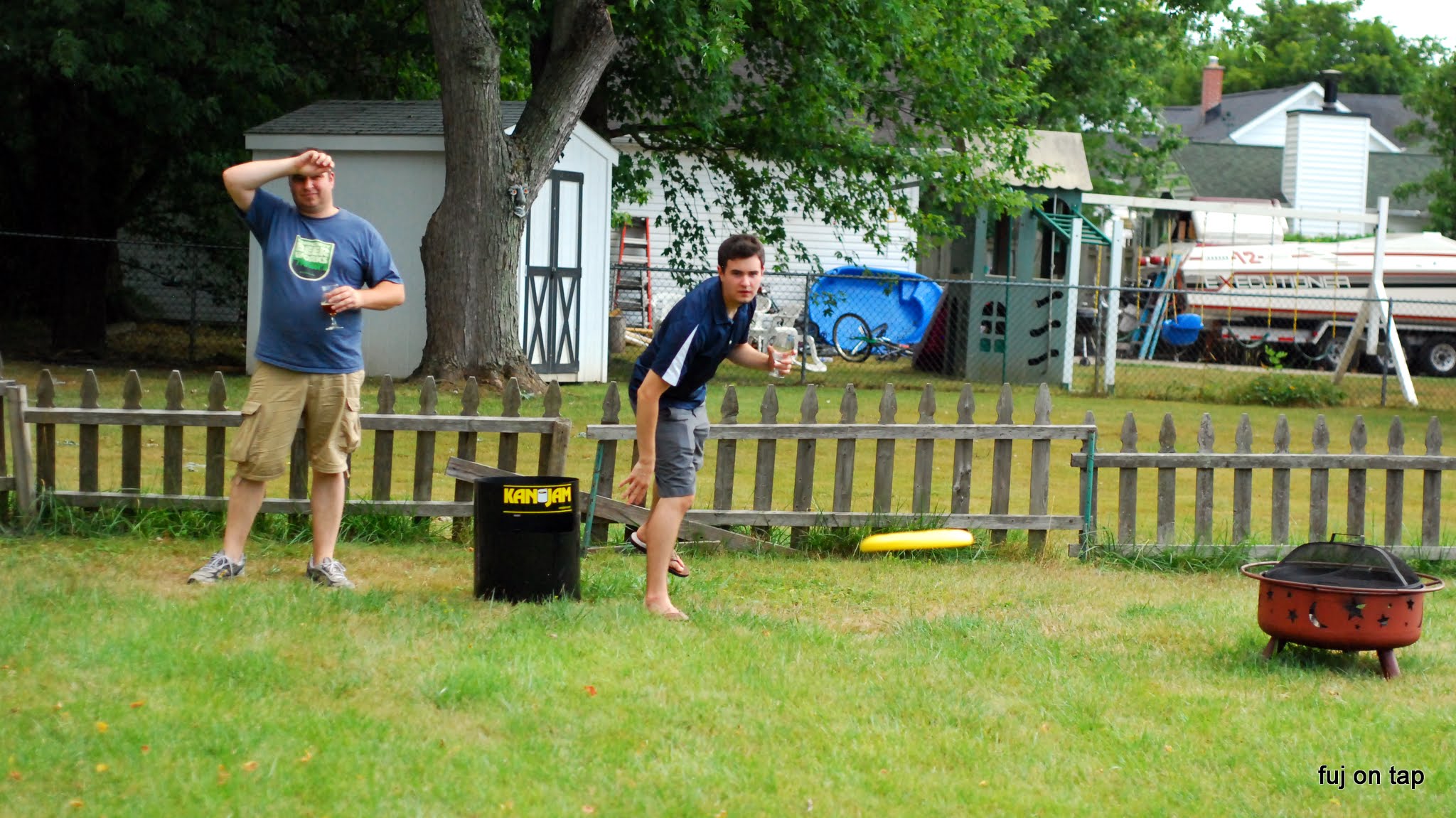 Team Cleveland grossly ignored the 500 oz limit (I wasn’t complaining) by sending us close to 800 oz’s including all of the bottles (one was a 3L), growlers, and a sixtel keg of Columbus IPA. Not to mention shirts and a couple of glasses for everyone, beef jerky and other dried meats, popcorn, chocolate and I’m sure a bunch of other stuff I’m forgetting. They killed it. 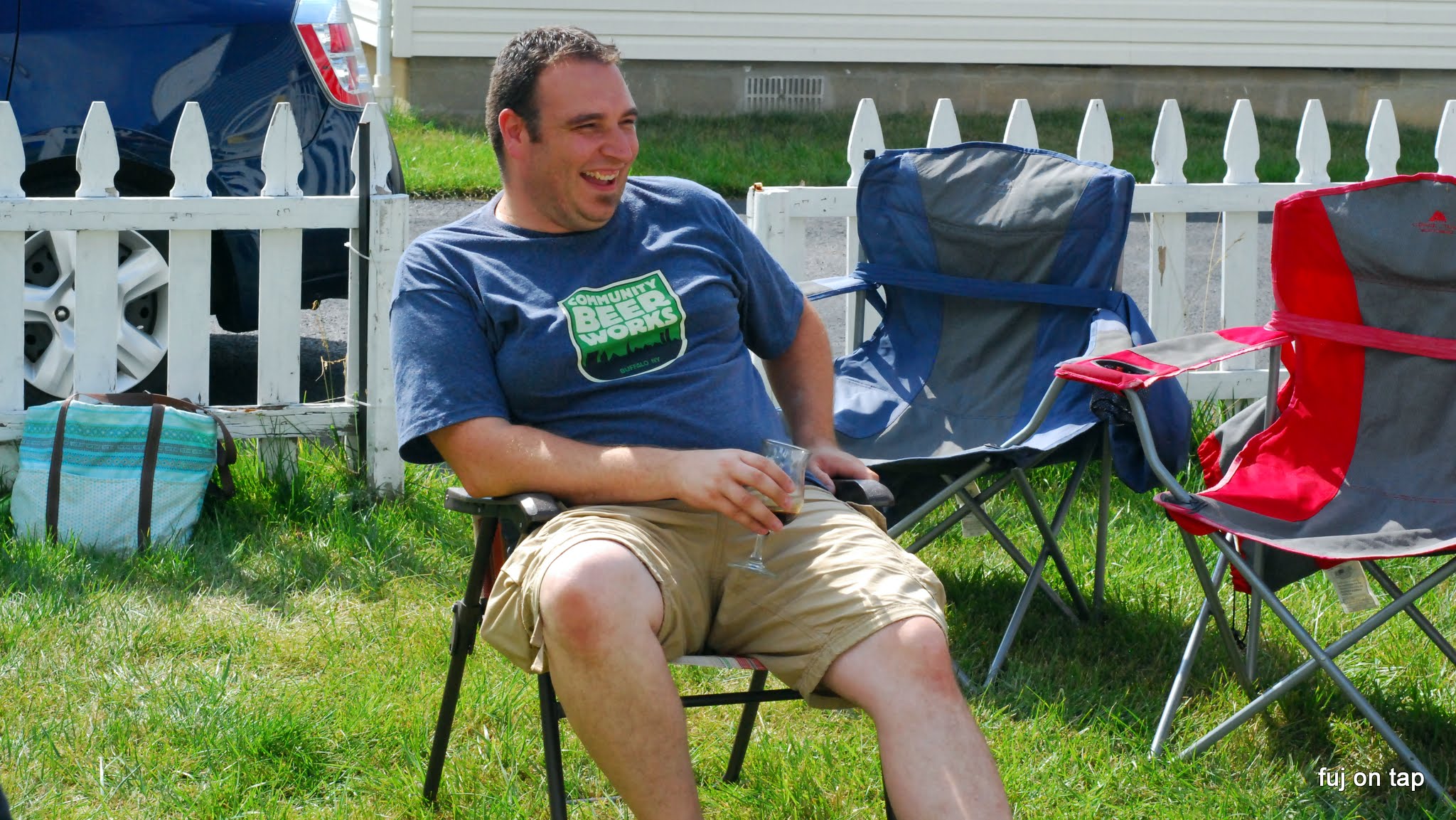 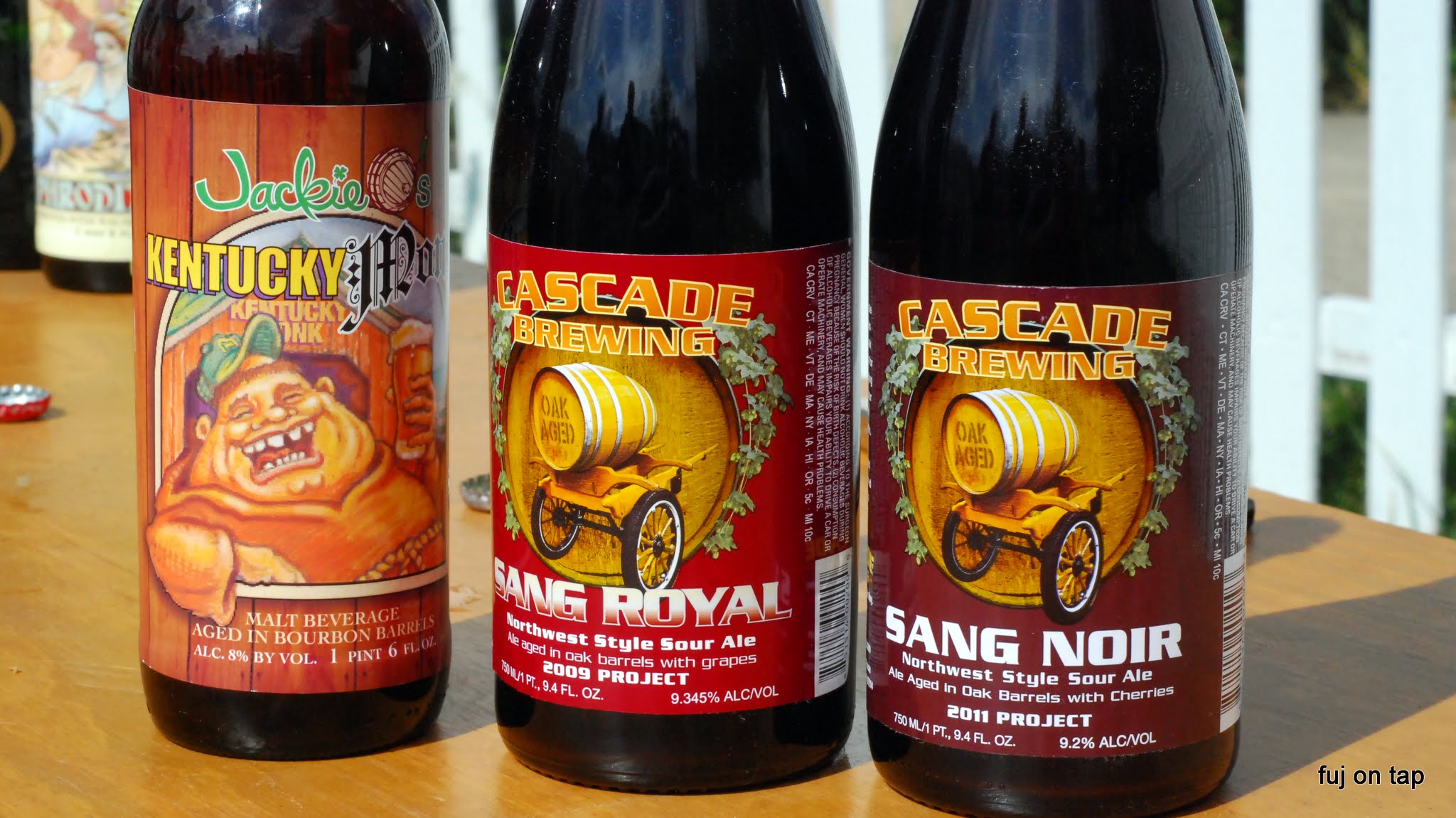 Drinking commenced around mid-afternoon and the party didn’t stop until midnight. A handful of bottles were still left, but that was on top of the extra’s that the rest of Team Buffalo included, including one very sexy growler of Apple Brandy Hunahpu, some Chocolate Rain and a handful of other treats. 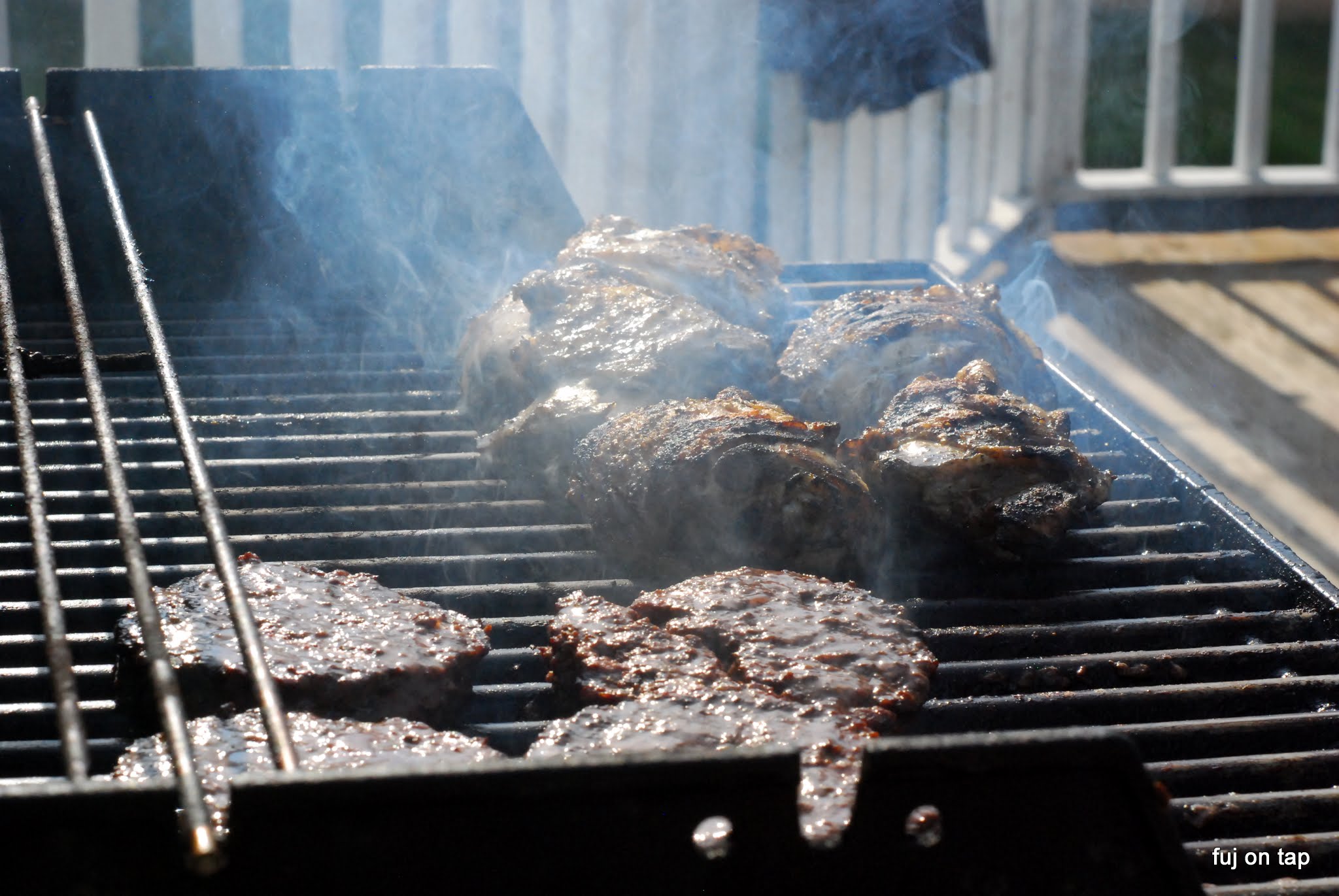 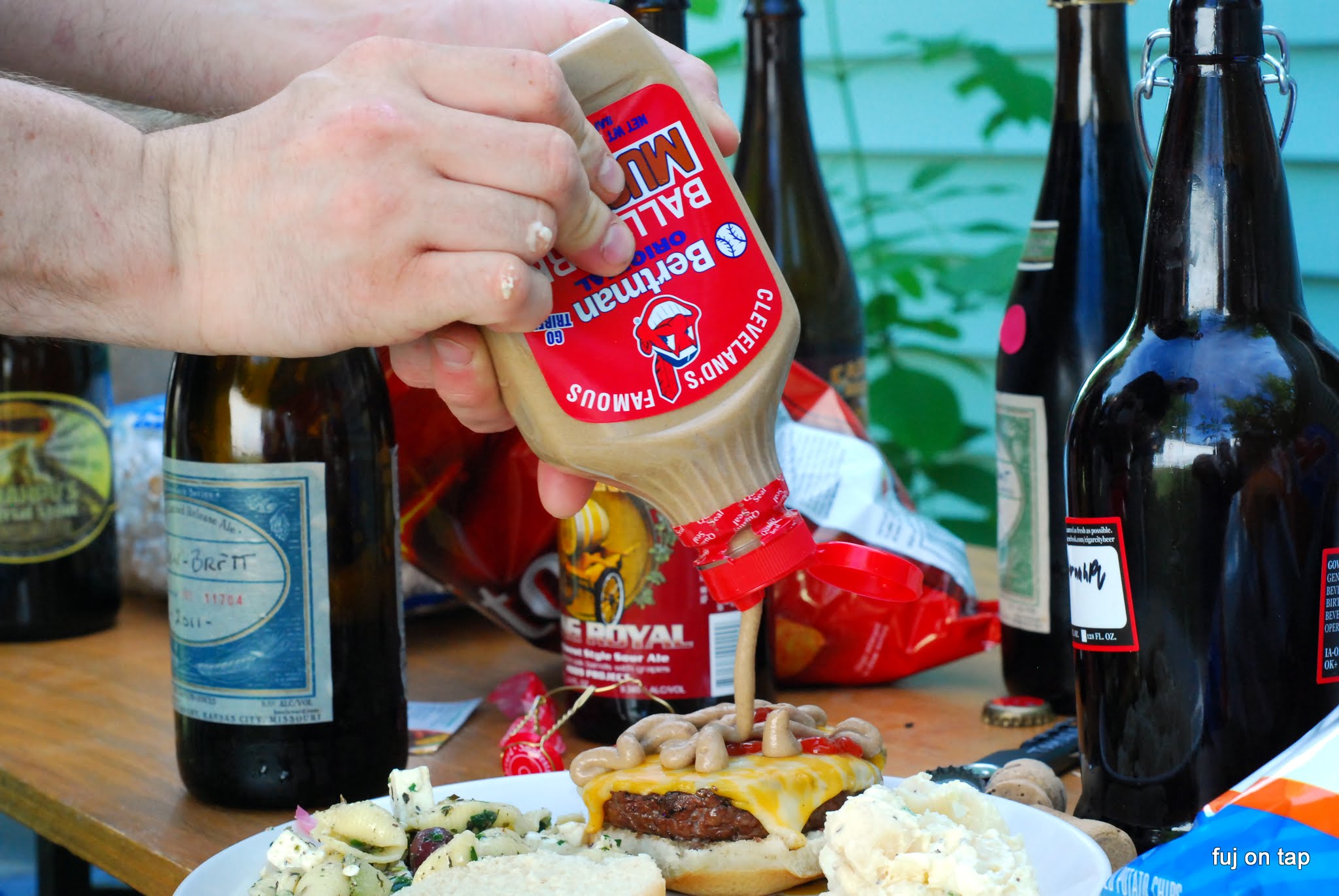 It wouldn’t be a proper tasting without some Kan Jam, some grilling, and some keg stands (even though it was only a sixtel). That activity produced to of my favorite photo of the day. Timber!!!! 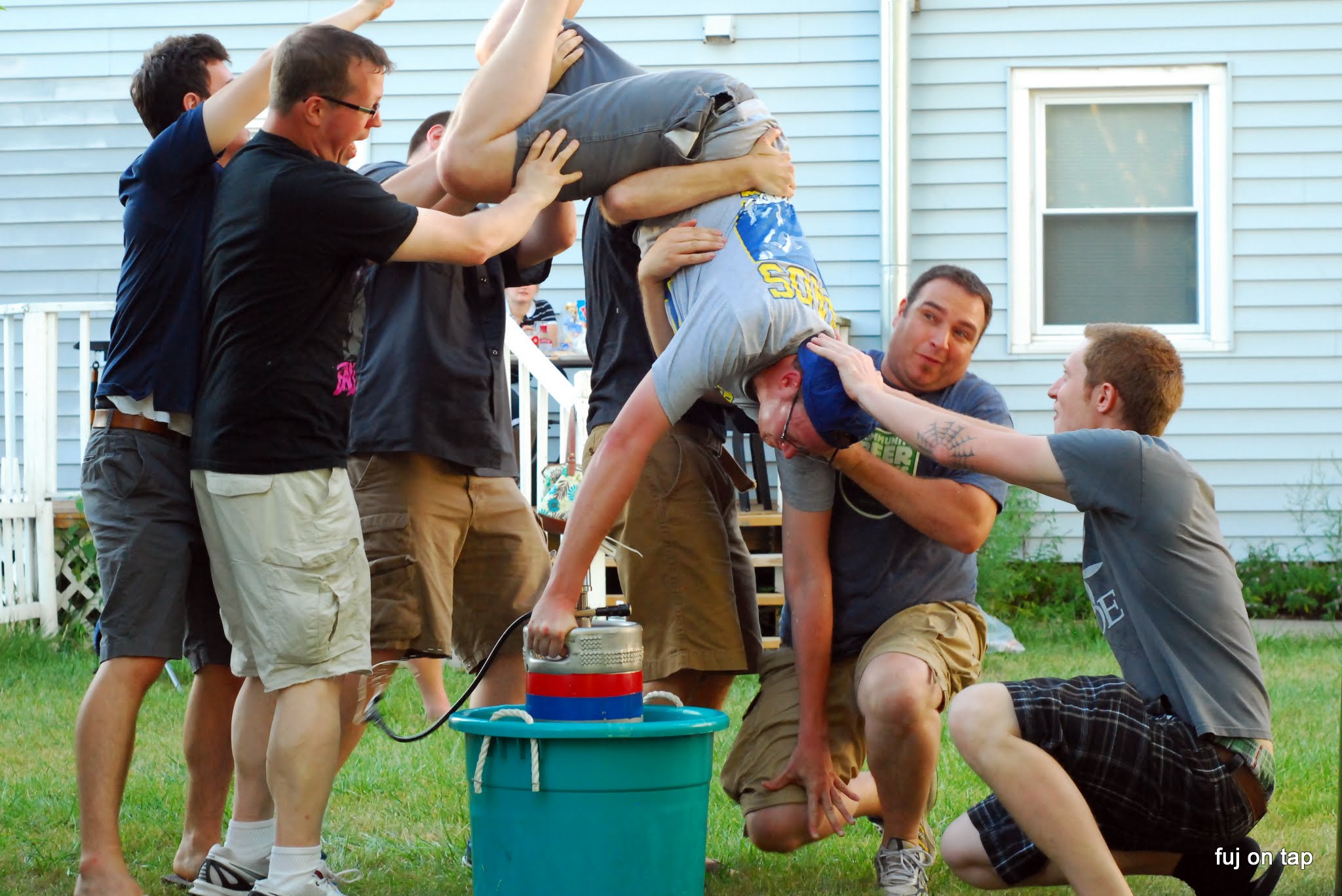 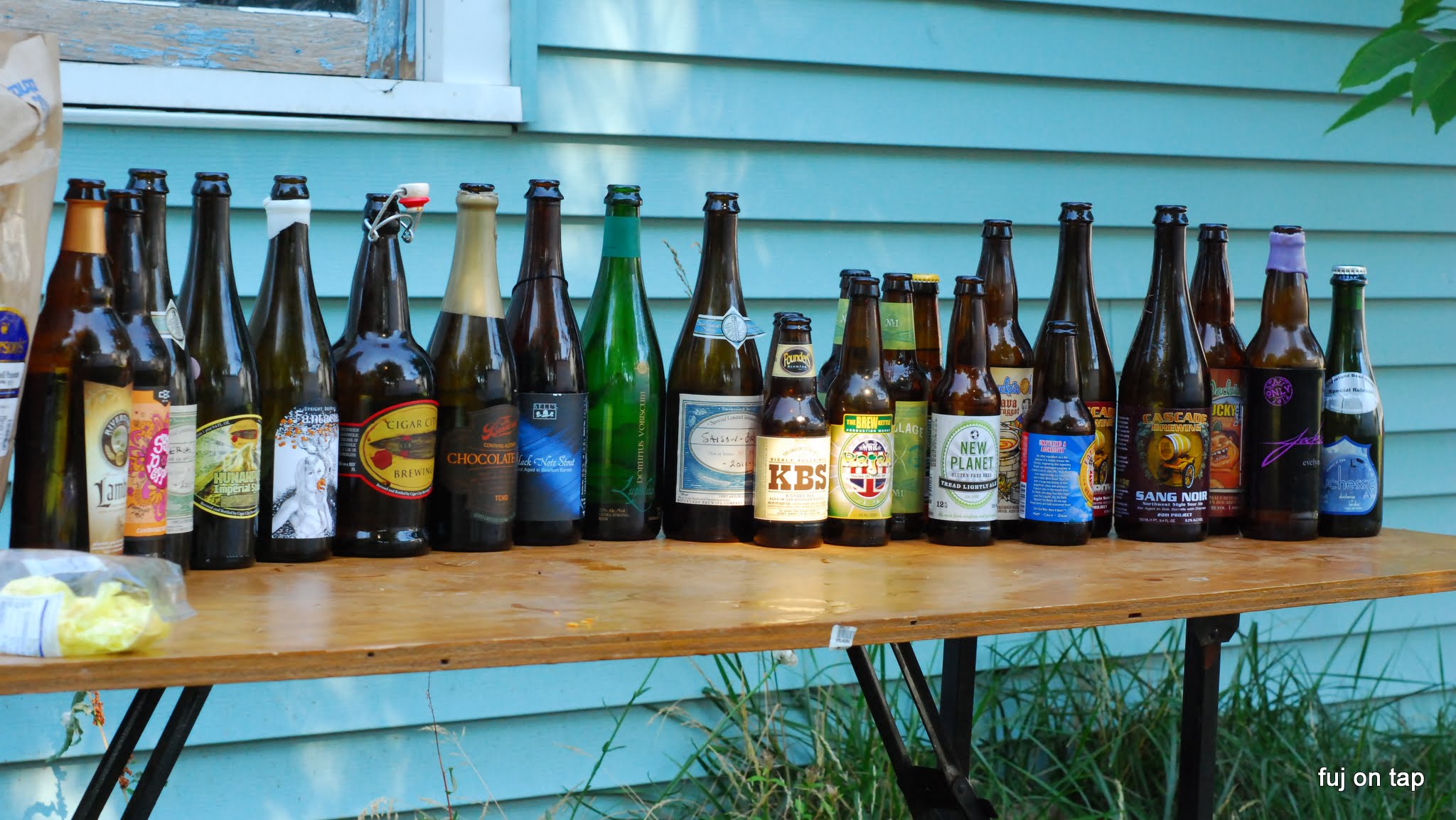 Edit: The beers and other shenanigans of the Gang Bang BIF #2 can be found here.