– What do you guys think of seasonal beers showing up so early this year? Can you really call it a seasonal beer when it’s on the shelves for 3-4 seasons of the year? This has been a topic of discussion many times on Facebook but I don’t think I’ve heard much from you guys.

Fall/Harvest beers have been on the shelves for weeks. And pumpkin beers are starting to show up this week. Personally, I hate it. I want my seasonal beers for the few months it’s appropriate and no more. Maybe I’ll horde some and break out a few in the off season, but that’s about it. 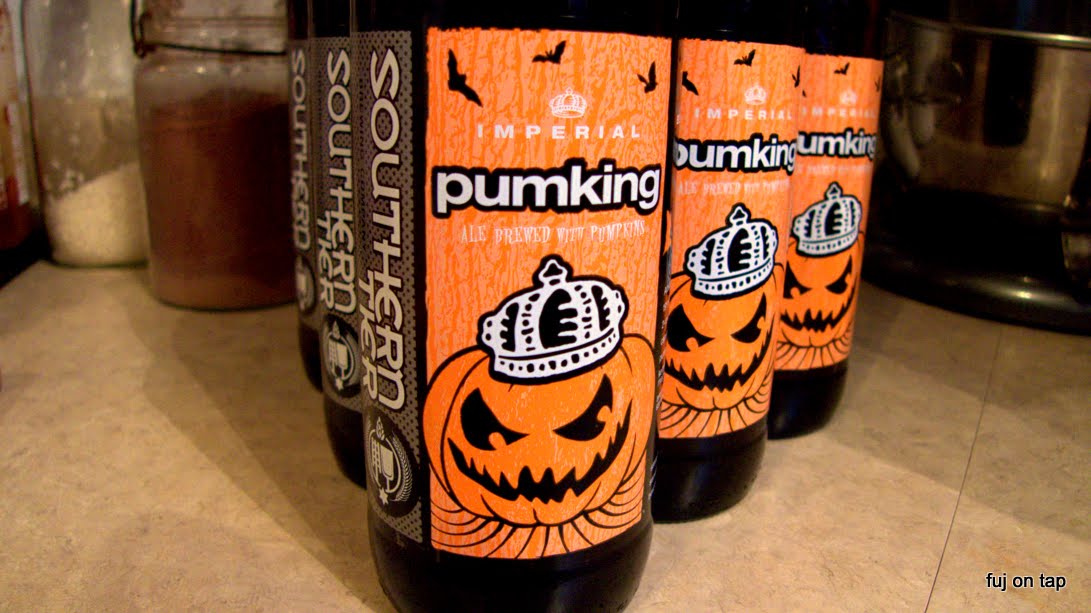 Take one of my favorite seasonals, Pumking from Southern Tier. It’s hitting the shelves now, but with the amount they made last year, and then the second run of Pumking they released when they did the Oak-Aged version, it’s basically been a year round beer. Hell, there are still 2011 bottles sitting on the shelves by me. I don’t know about you, but I don’t want a pumpkin-spiced beer in the middle of a sweltering summer day.