There were a few BA’s here, including Merc, new guy Dino (Sandman5478) and CaveDave, plus the host and a couple of their homebrew buddies. We put the top tier DIPAs to the test first.

Obviously Heady Topper stood out as the clear winner. I’ve done the side-by-side with a fresh Pliny at The Ruck in the past when Winton was visiting and the decision was a little cloudier, but last week Pliny stood no chance. This bottle of Pliny was thin, watery, and lacked flavor. I (the only one of the group to do so) ranked Pliny last of the three. It was my first time drinking Ghandi Bot and while it was not Vermont DIPA it was still really tasty and it’s flavor profile stood out compared to this crappy bottle of Pliny. Dino even brought a case for Merc and I to split and I’ve been handing it out to friends as they’ve been over to very positive reviews.

On to the other beers, like I said in my “It’s not you, it’s me” post, I turned down Stone Ruination 10th. I knew it was going to wreck my palate for the rest of the beers that night and I’d already had it so I passed (and I didn’t love it). I was really impressed with all of the other IPAs we had that night. Row 2/Hill 56 was light years better than the crappy bottle of Pliny (it was a bad bottle, Merc probably confused his new bottle with the one that has been sitting in his cellar for a year!). I was blown away by Surly Furious. This was a can that was an extra from yetanotherbeerblog and I had never had it before. Definitely one of the best tasting IPAs I’ve ever had, up their with Sculpin, Two Hearted, and Head Hunter.

The last DIPA was kind of a surprise. It was the first time I was having the Bourbon Barrel Aged version of Chatham’s 8 Barrel Super IPA. I’m a fan of Chatham’s and I try to support local breweries that are actually making drinkable beers (which lately, especially on the brewpub side of things, has been pretty terrible), but luckily places like Chatham and Crossroads are turning things around. All of the guys had really positive things to say, except for Merc who “Merc’d” it by finding a way to shit on it but still gave it a 4/5 like a douche. 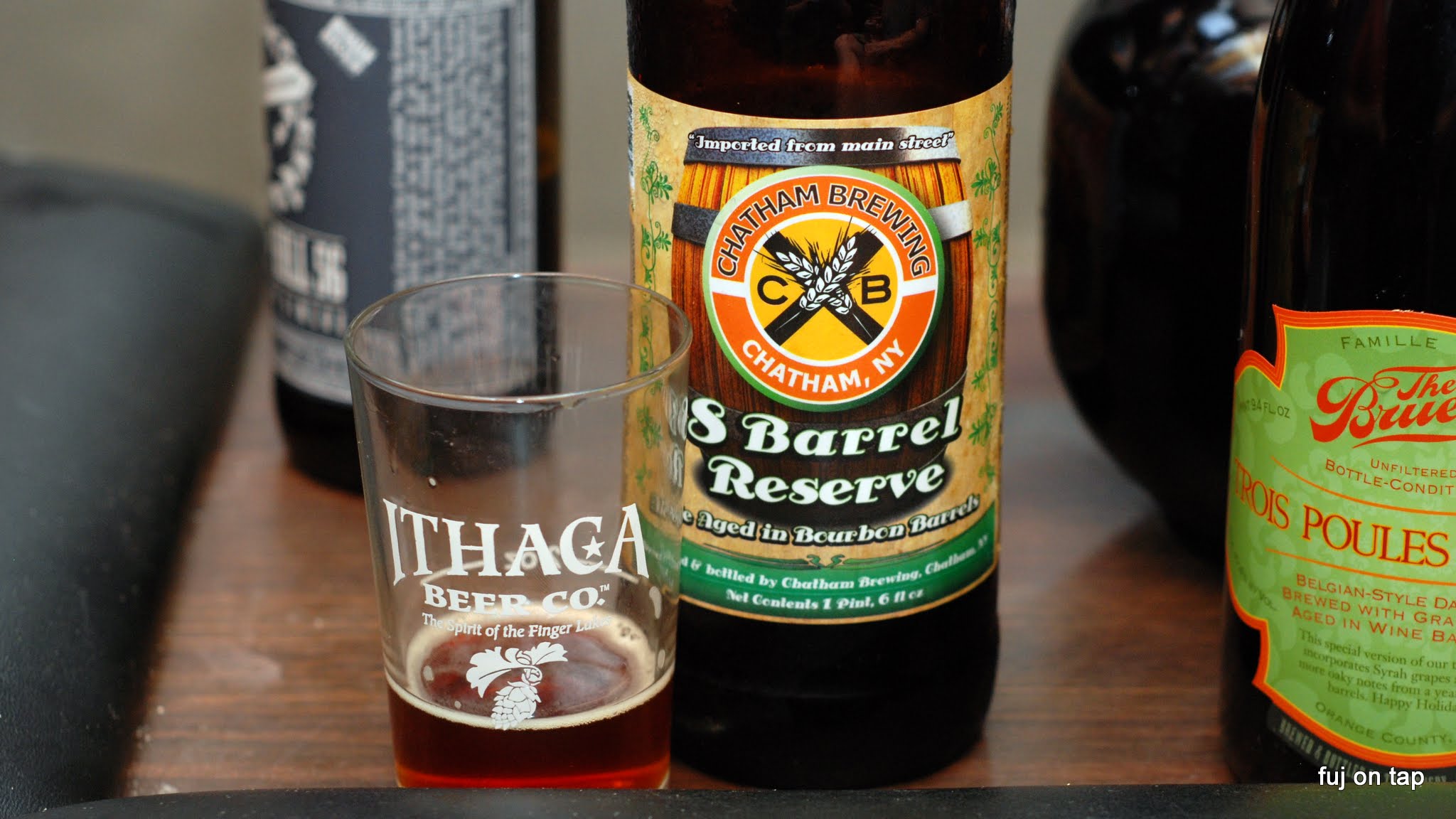