– So Elise dropped this bomb on me the day before my birthday: three fucking boxes of beers shipped from all over the country. There’s a lot of stuff I’ve never had before plus some of my faves here. Tons of bottles from Great Divide (which unbelievably she’s been to and I haven’t!) and a bunch of Cigar City stuff to round out my collection. I think that makes about a dozen total CCB beers I have in the cellar right now. Not too shabby. I’m definitely going to bring some up to the Hill Farmstead Harvest Festival to share afterwards. I also really haven’t had much from Avery so I’m definitely down with those (I had my first during a tasting this past weekend). There are a lot of IPAs here so I’ve got some drinking to do fairly quickly. Check out the full list here:

On top of all of that, she took the beer caps we’ve been saving up and made a mural out of them. If you take a close enough look, the black bottle caps in the center make out the shape of a beer bottle. Fucking awesome. Thanks babe! 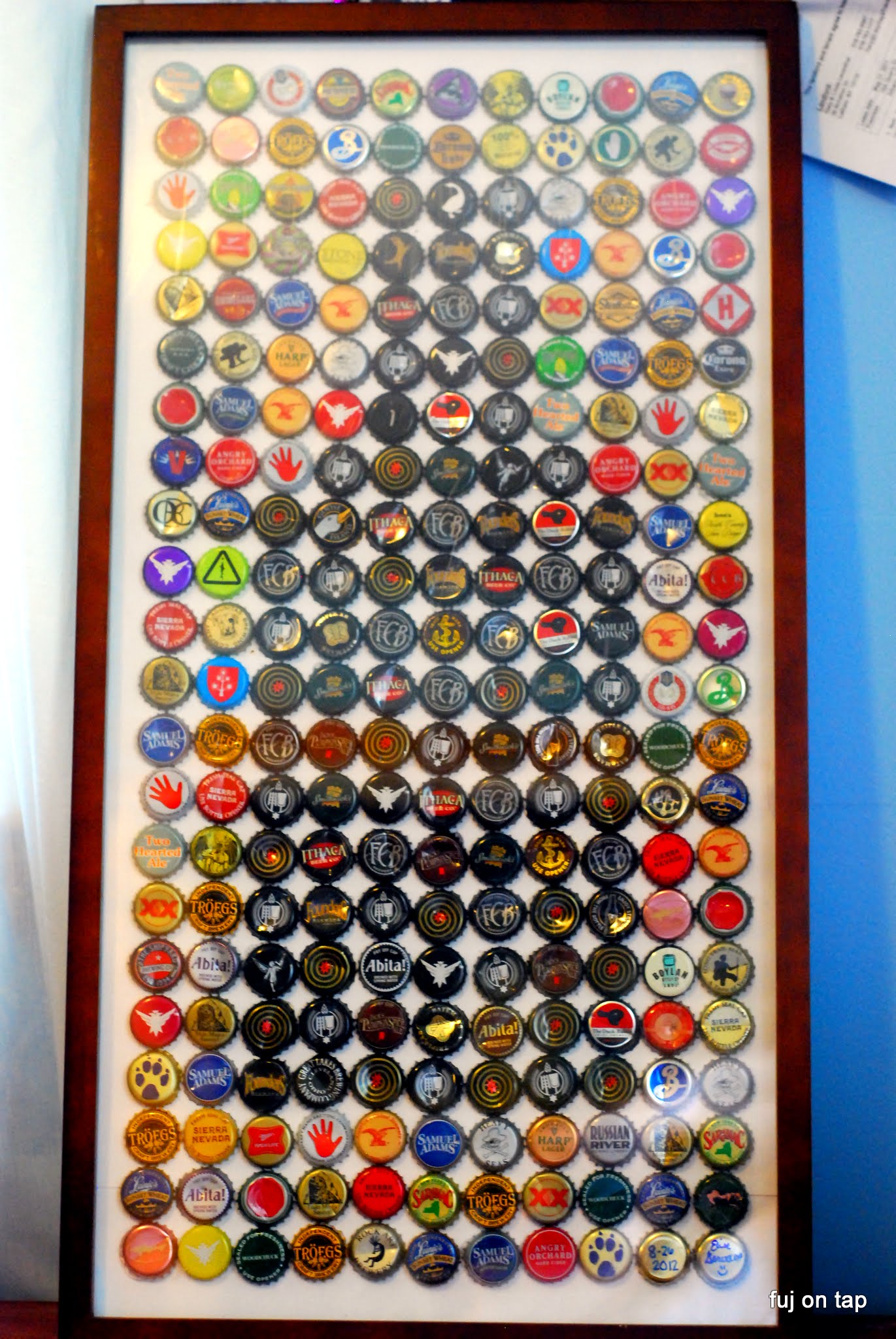