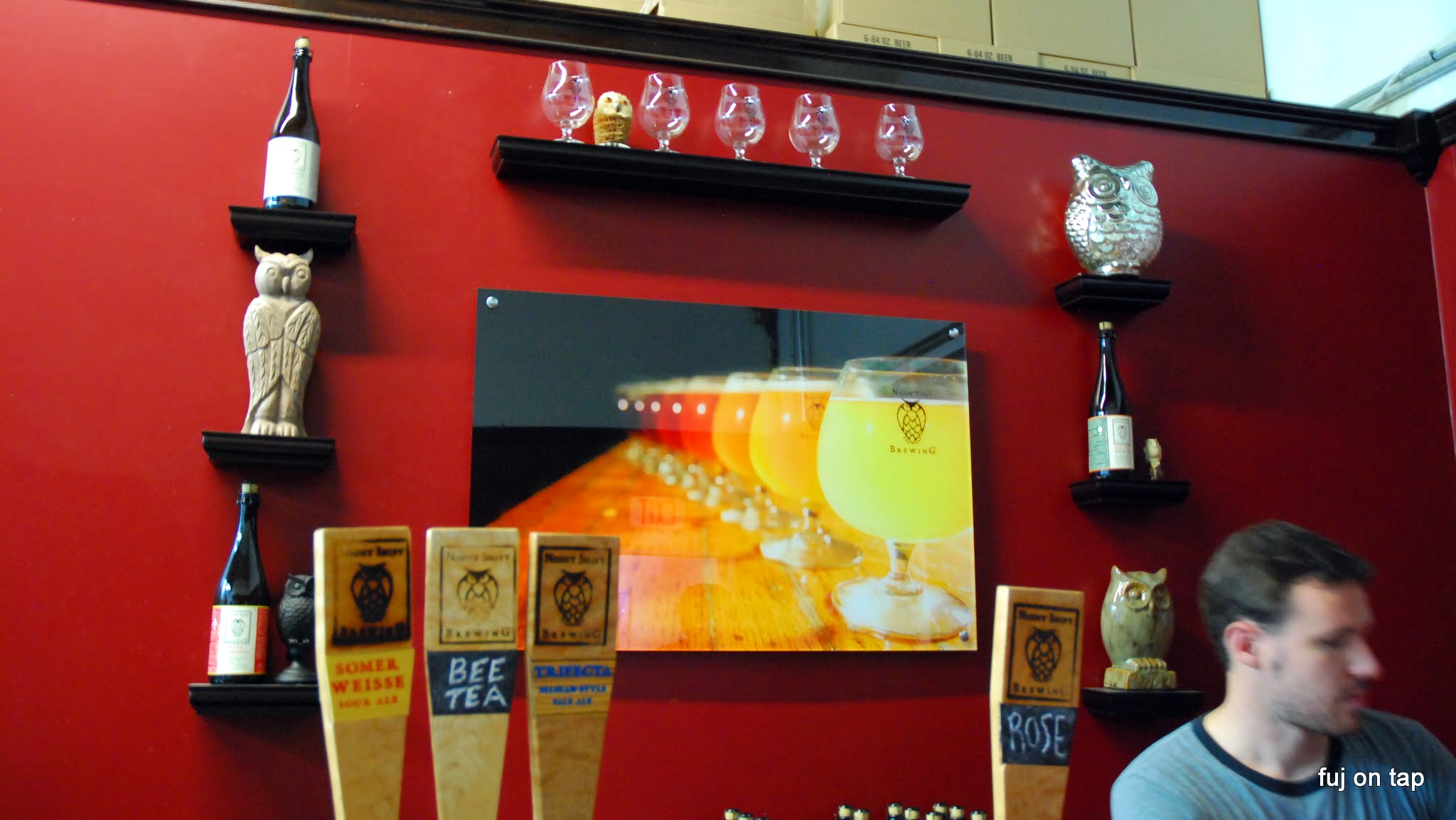 I’d be lying to you if I didn’t flat out say that Night Shift is located in a complete sketch ball back alley industrial section of town. Not the kind of place I’d suggest you hang out late night alone. 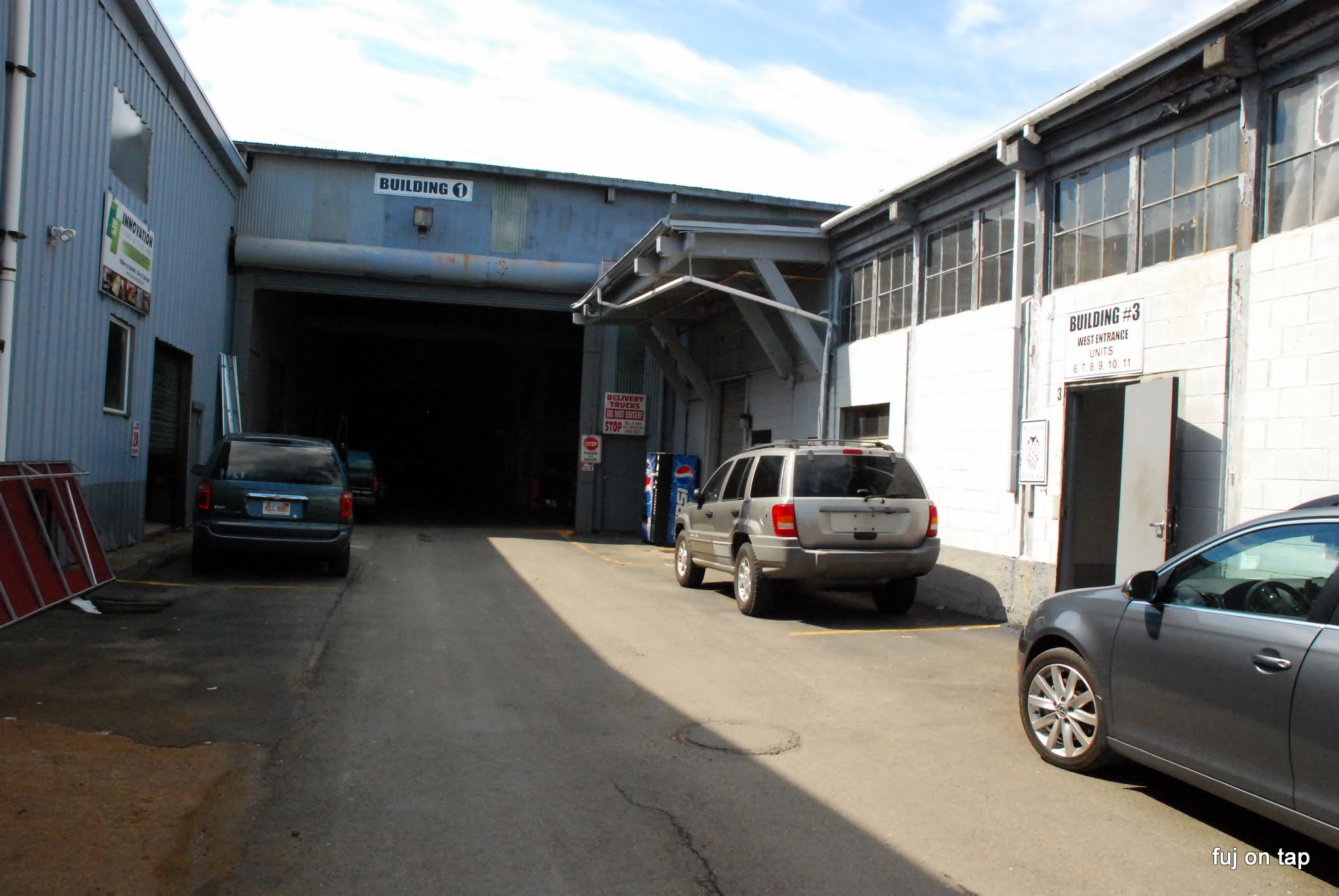 Luckily all of that is worth it once you see this sign, here: 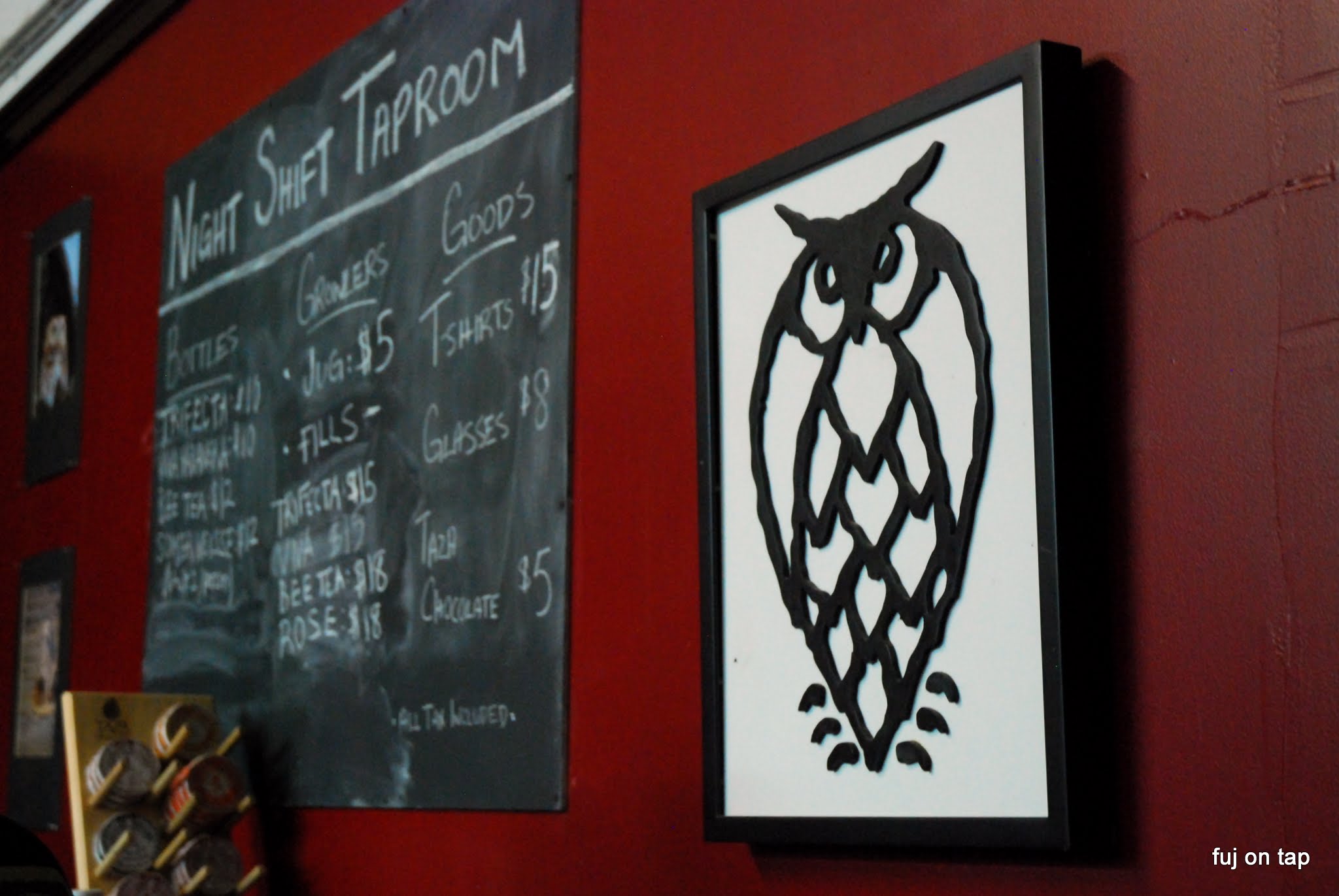 I went there the day of the the Belgian Beer Fest which meant unfortunately, Idle Hands, which is literally right next door, was closed as they were all at the festival. (I did pick a bottle of theirs up at Craft Beer Cellar, though.) 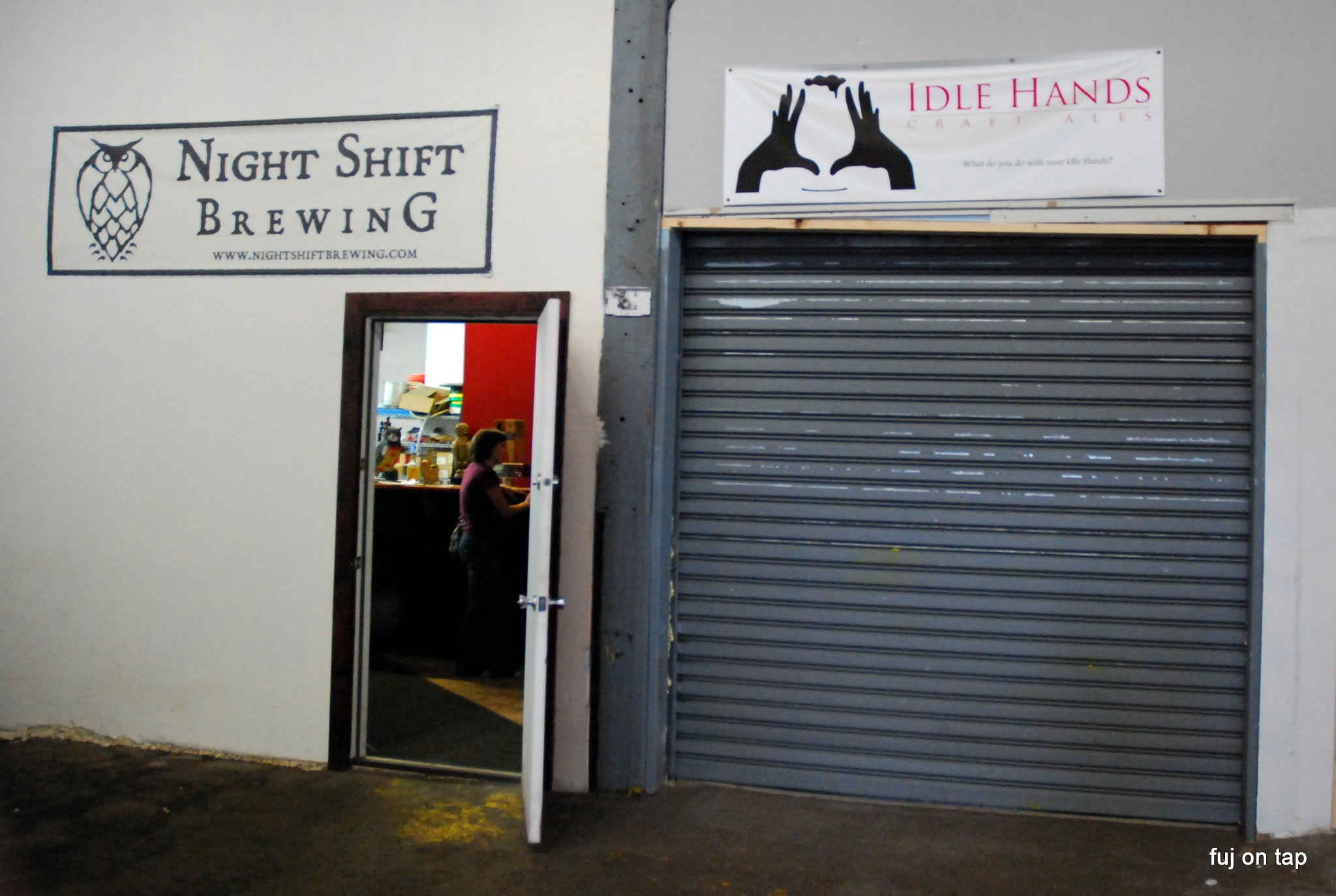 No mind though, I had plenty to do and drink at Night Shift. This is hands down one of the best new breweries I’ve seen in a while. They’re NOT taking the easy route doing traditional, safe beers. Their motto is to brew beers they “can’t find in the store” and they’re doing exactly that. All of them were a style or a twist on a beer that I’ve never seen before and every single one of them was tasty as hell.

The first thing you notice, after the Night Shift “Hop Owl”, are the plentiful owls that are all around their store front. They say that all of them has been given to them by friends and fans. I’ll have to remember that the next time I’m around. 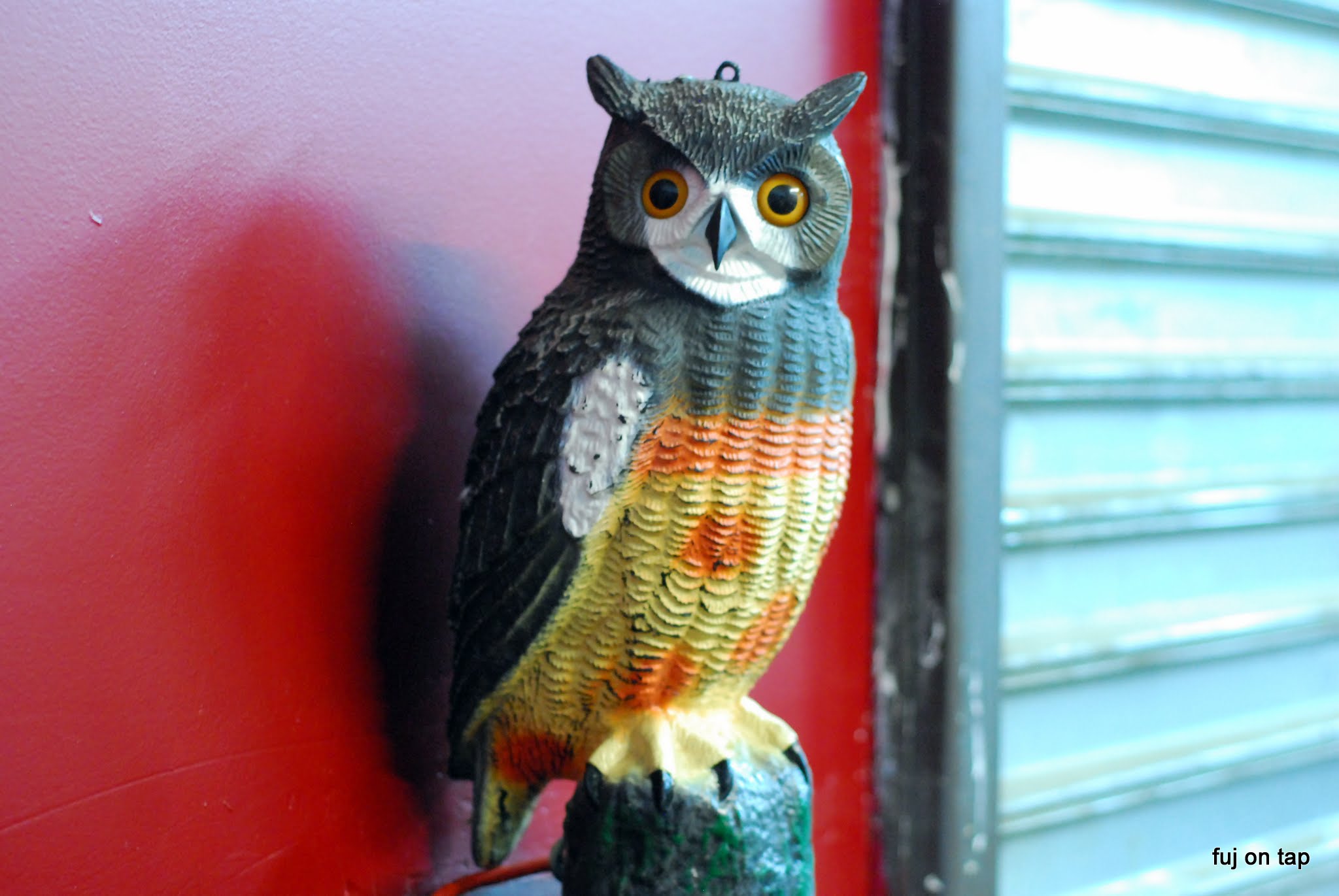 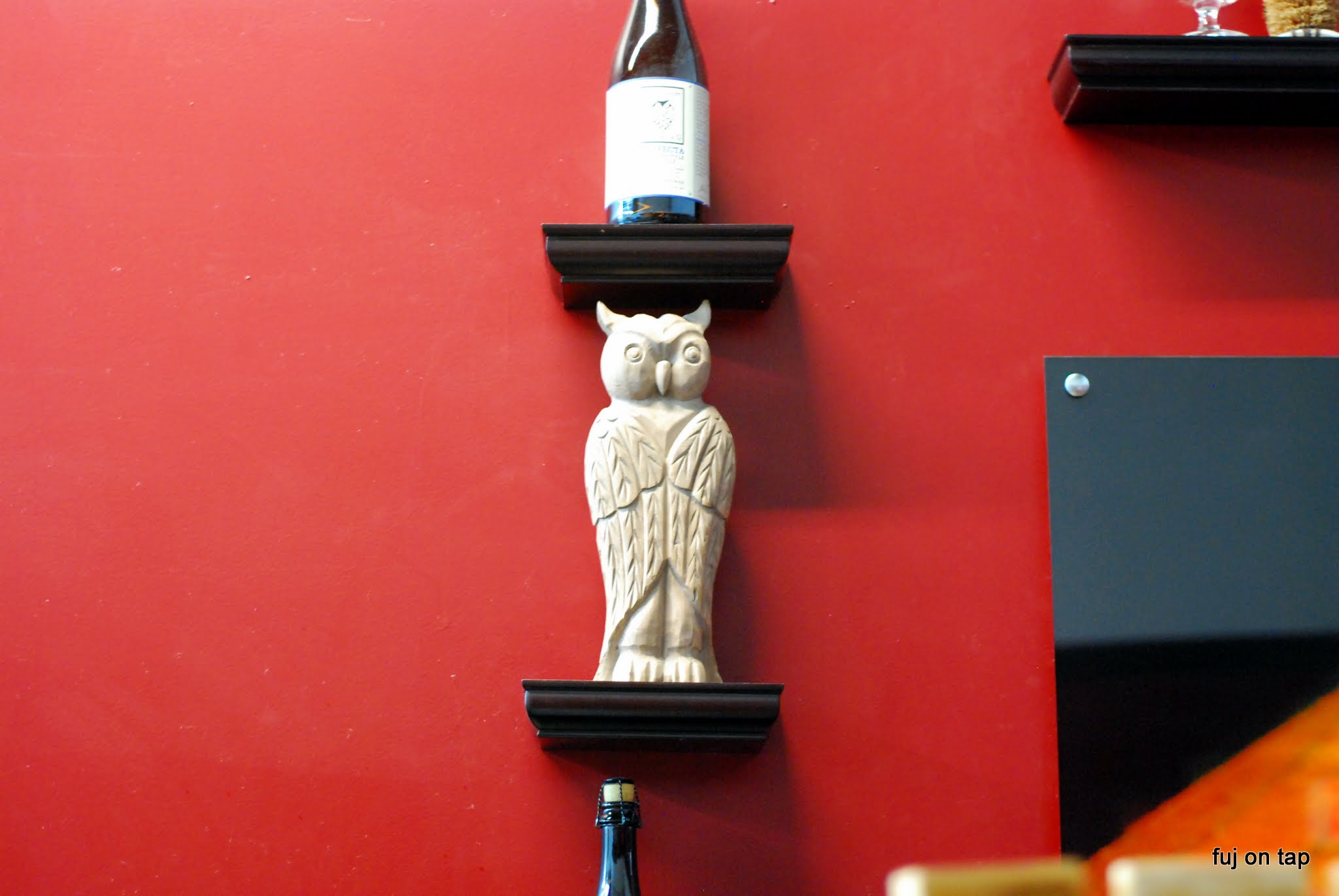 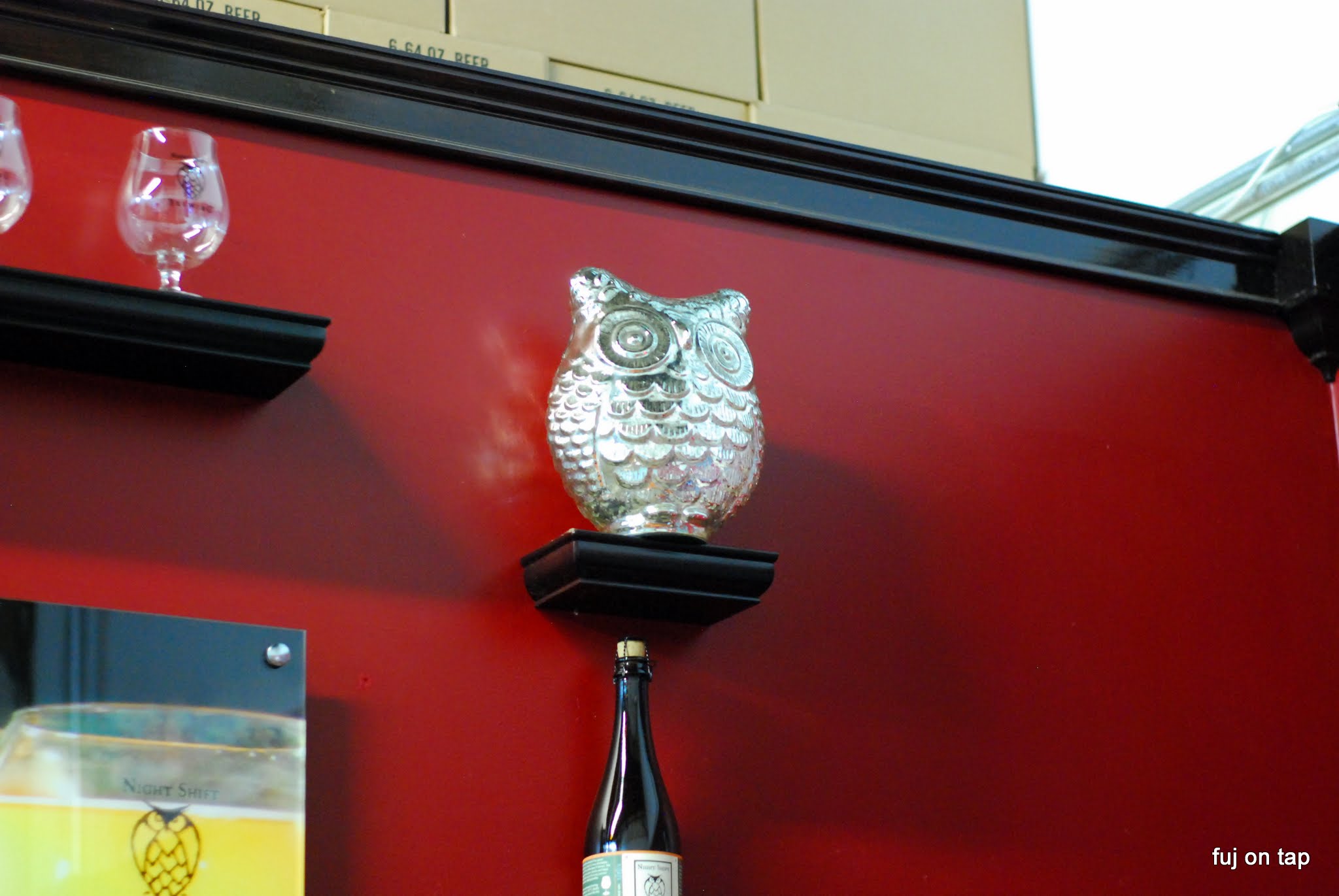 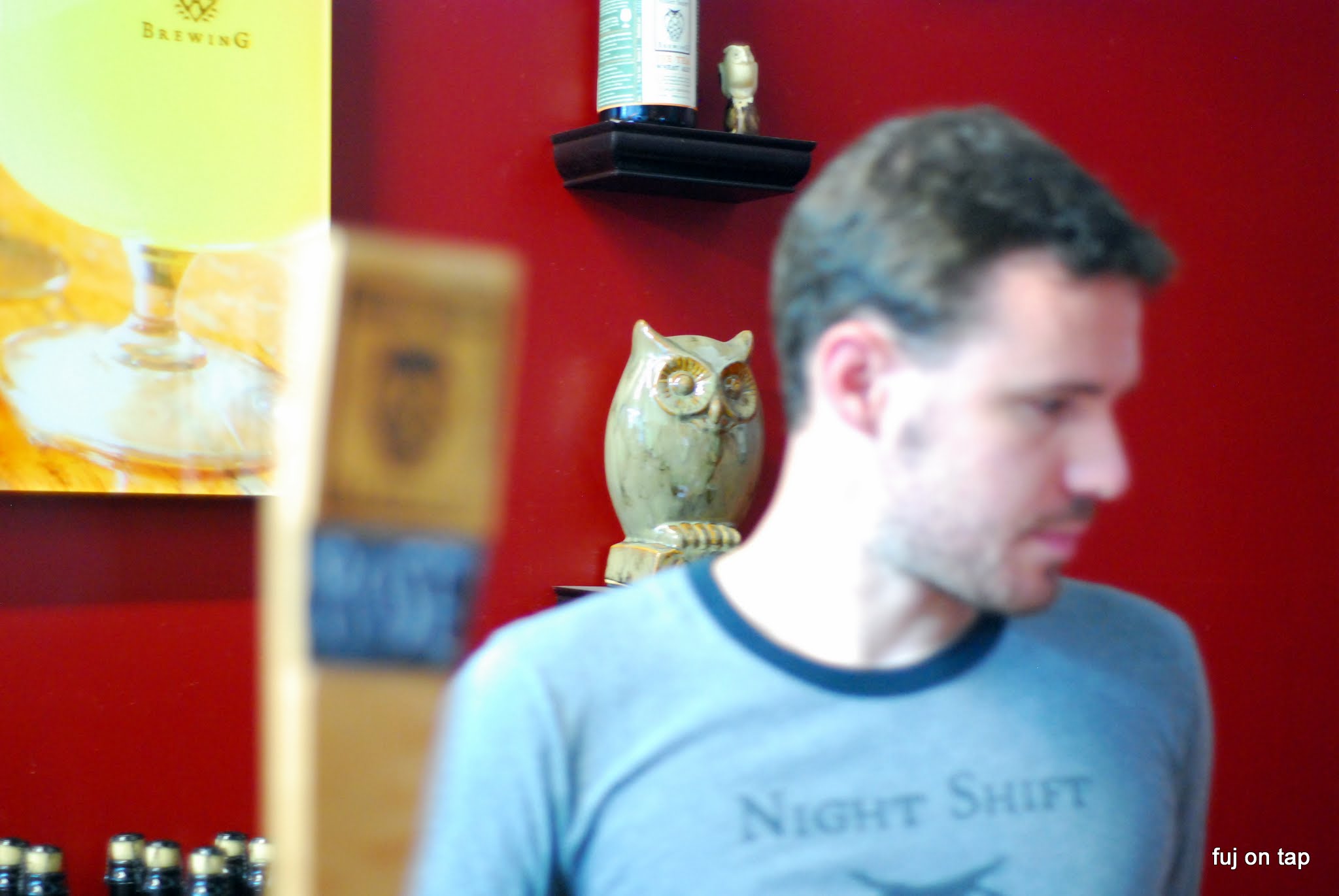 As I bellied up to the bar to try a little something of everything, I noticed something sitting on the counter: a wood Oncemade Beer box. 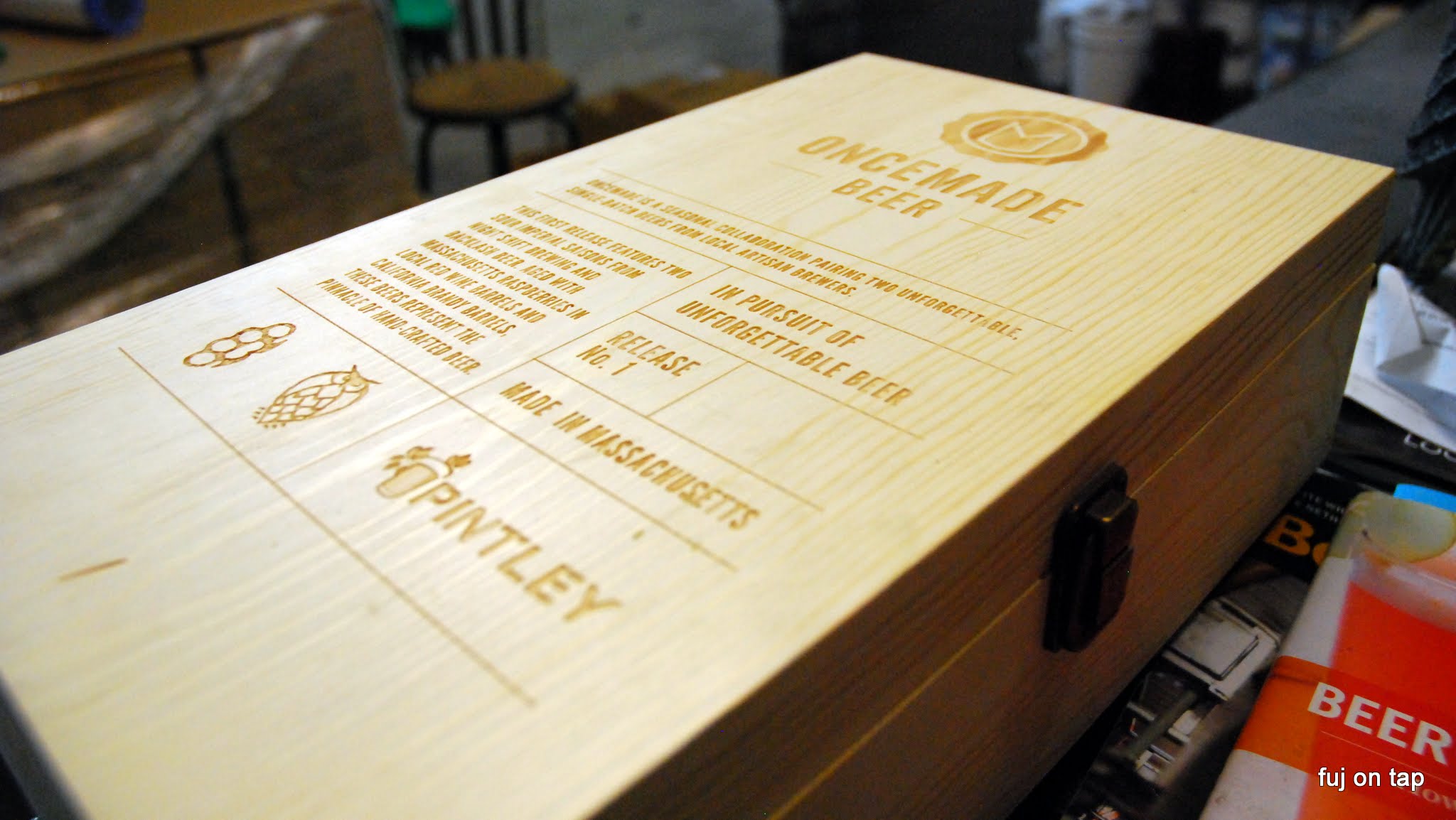 Now, if you don’t remember the splash this thing made when it was first announced, there was a bunch of grumbling about Pintley putting this together, two relatively new, untested breweries “converging” (yes that was a Backlash pun) on this box set, and it commanding a pretty penny as well ($45 for the two bottle set). I have to say, after making the visit to Night Shit, chatting with Mike for a while, seeing their operation, and tasting all of their beers, any reservations that I had about the set are gone. They make some damn good beers and they know what they’re doing. Since you can only pick it up locally, I’ll have to coordinate with Craft Beer Cellar to see if they can hold my set (or two) until I can get back out that way to pick it up after it’s been released on the 15th. We’ll see.

After having a few samples I asked Mike if he could give me a tour of the place. It’s small, but there’s still plenty to look at. You can tell they’re still growing and it’s cool to see remnants of their smaller brew setups here and there, there’s even a whole room dedicated to their sours. There’s a lot going on here for a small, all hand made operation. This is the type of place that I’m sure super homebrewers go to and just drool over it since it’s really not that far out of reach from the process that they do on their weekend brews except on a bigger scale. 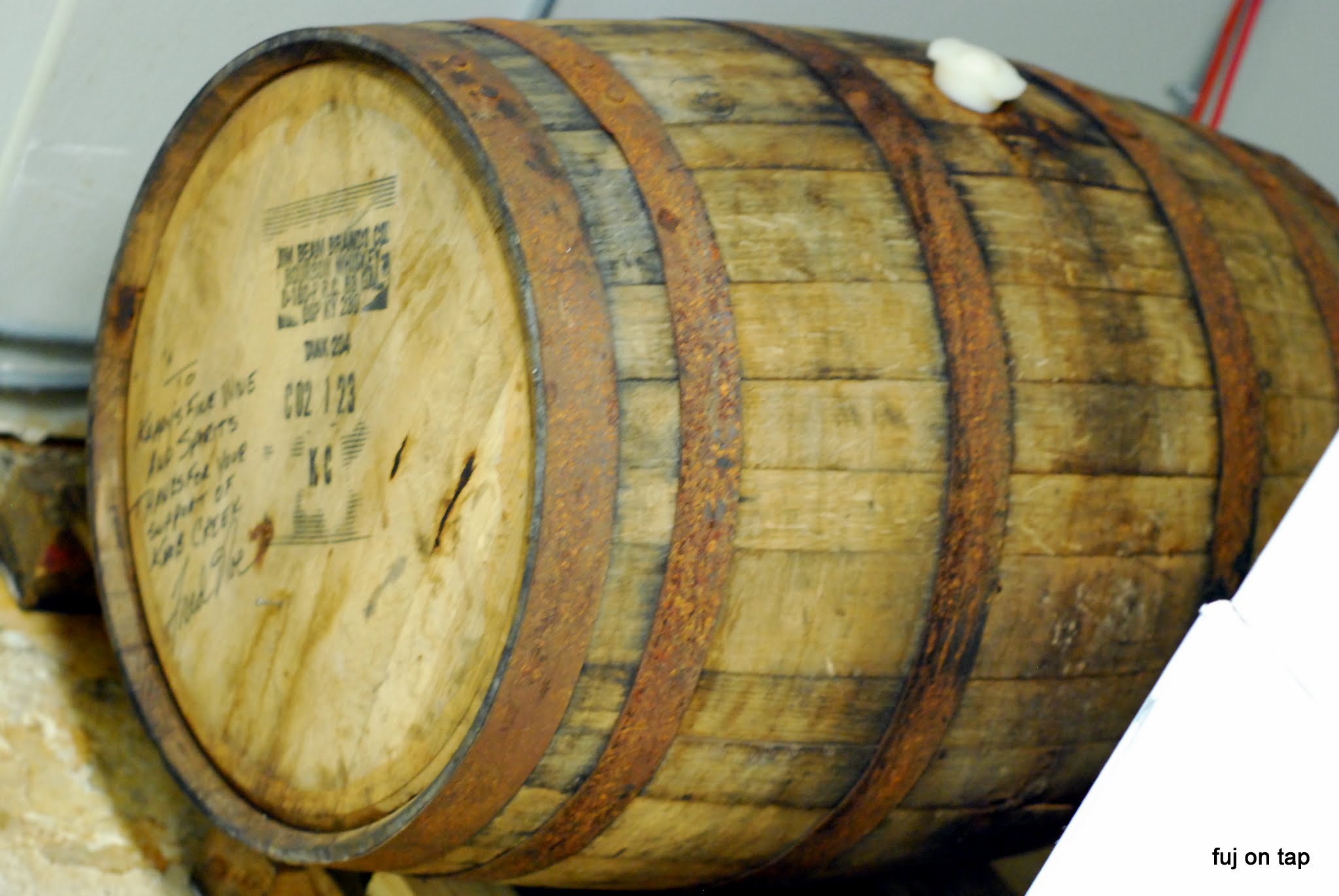 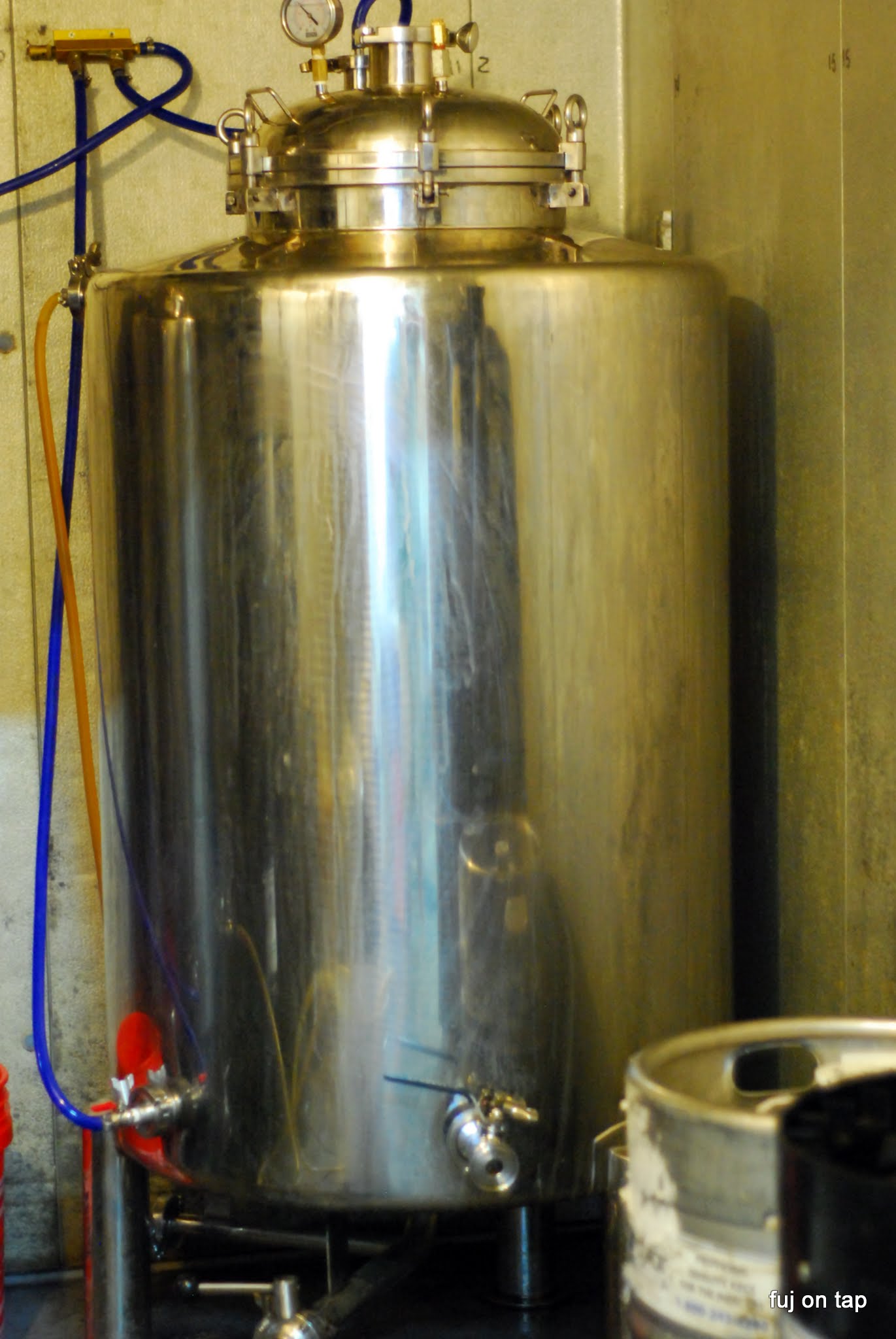 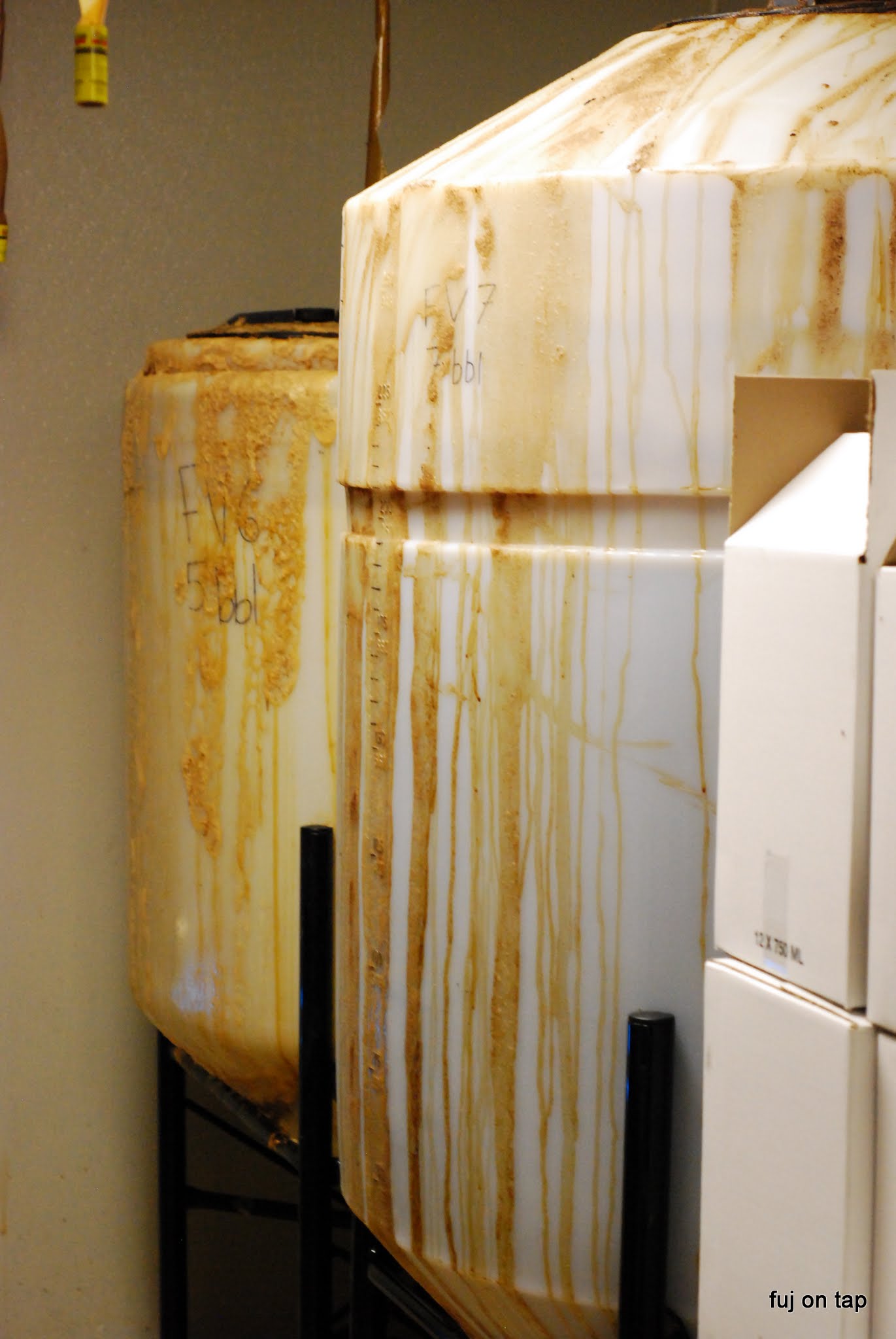 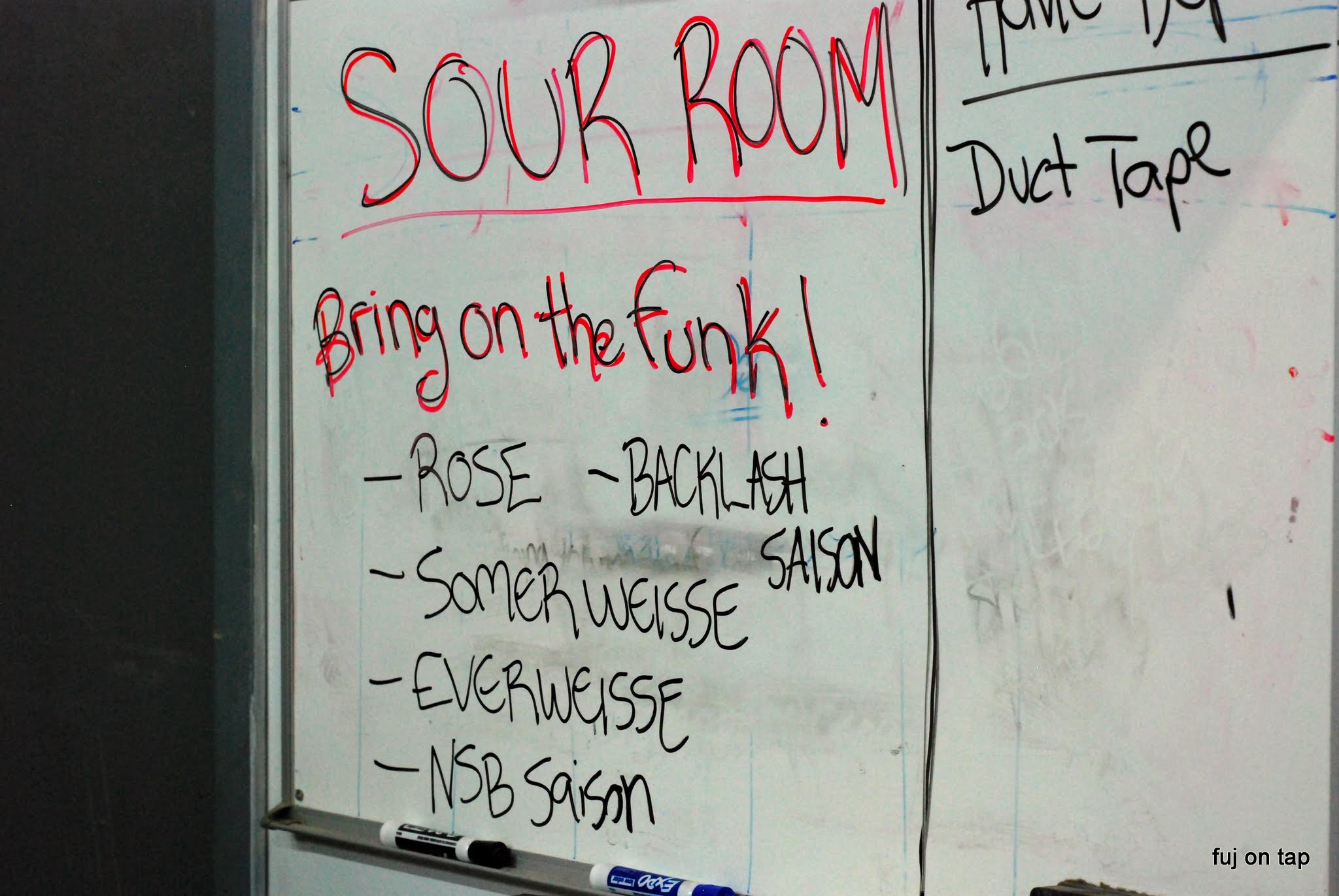 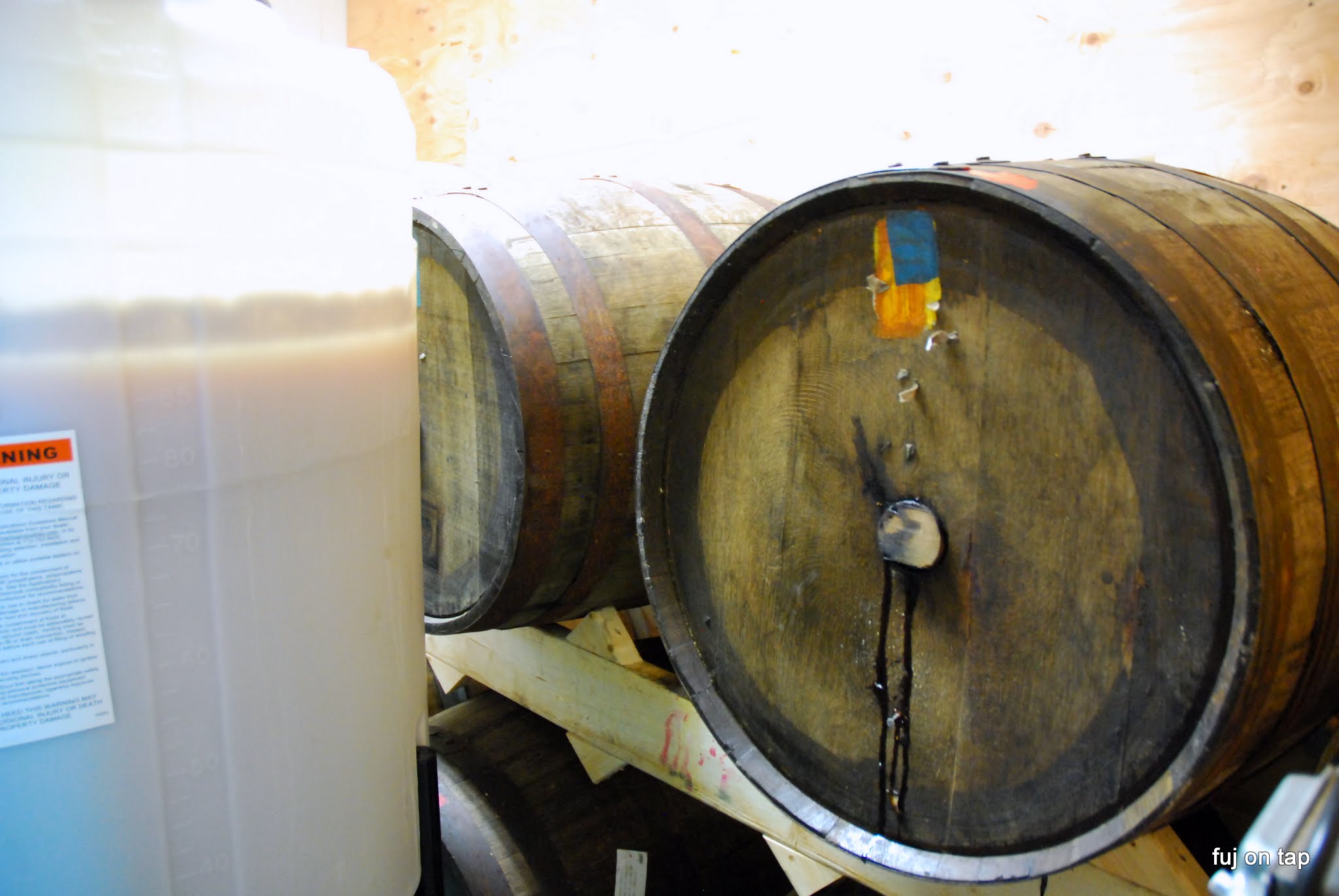 I was able to try several of their beers although not all of them were available in bottles to take home:

After being there for about an hour and half, sipping on beers, bullshitting with Mike and a couple from Minnesota (who surprisingly did NOT have the kindest words to say about Darkness Day and Surly in general??) I decided it was time to make my way back home. I grabbed a bottle of everything they had and a new shirt for Elise. Check out the haul post here.