– So last weekend we were doing some rearranging in the basement so we can actually use it for entertaining again, and specifically for doing tastings when the Fourteen Stone Drinking Crew are over. I tried to move my cedar beer cabinet from one end of the basement to the other and unfortunately it took some damage. One of the legs completely snapped off and took a sizeable chunk of the base off with it. As it stood, the cabinet was a loss without some serious upgrades.

I like the cabinet a lot though, it’s old and has a lot of great character. So I decided to do what I could to fix it up a bit. I put some 3/4” plywood on the bottom to reinforce the base, removed the old legs and replaced them with casters. The first set could hold around 400 or so pounds but of course that idea got Merc’d and I decided to upgrade. The current set is rated to hold a total of 1320 lbs. “Overkill”? I’ve never heard of the term.

While I was at it, I decided to continue on with the previous shelf upgrade I was working on (before that I just piled cases in there) and added a third shelf in the bottom to keep the bottles off of the newly patched wood and 16 T-nuts that now reside in the base.

I did notice something interesting on the back that I’ve never really paid attention to before: 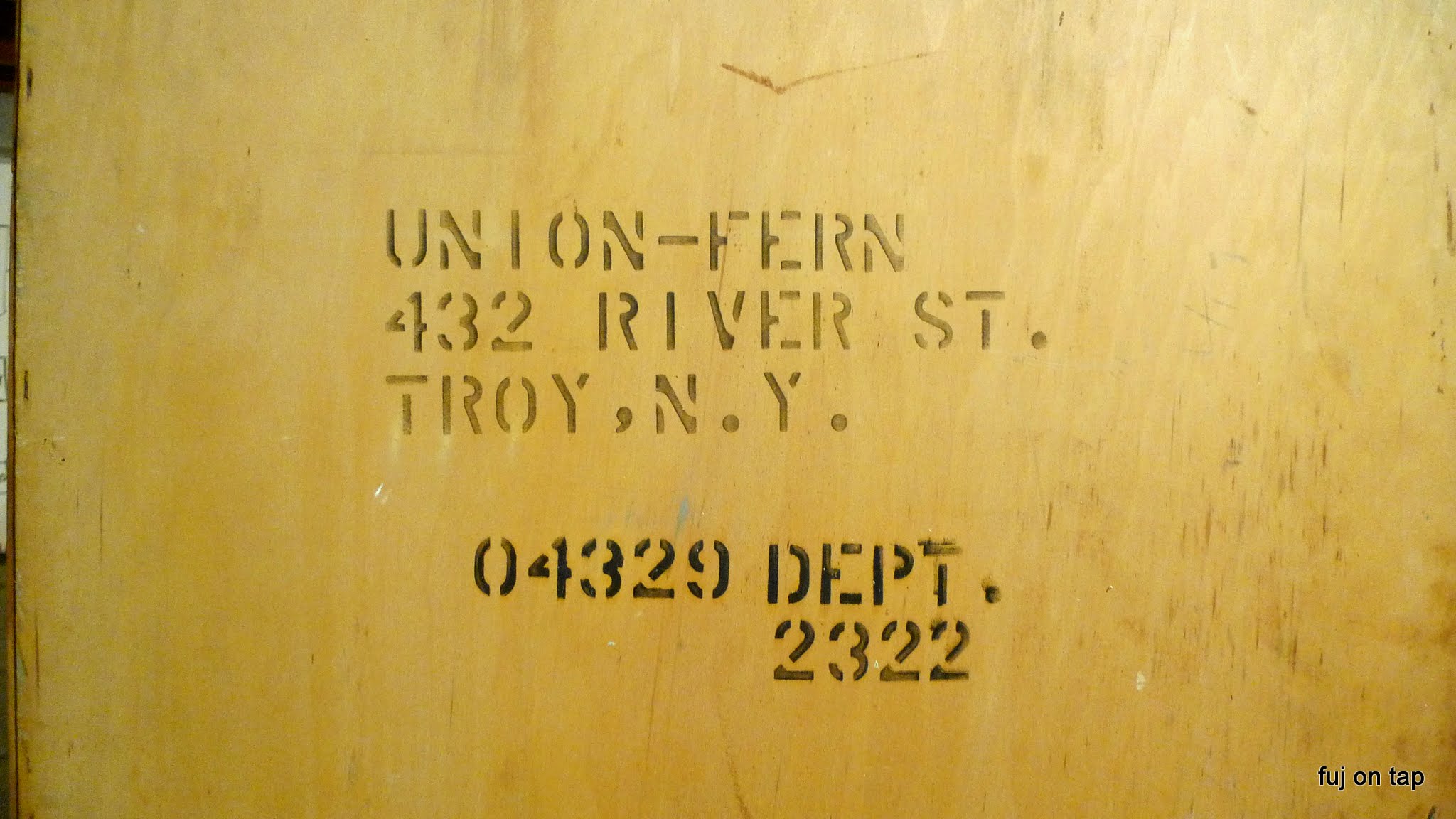 This cabinet definitely has some history and years on it. The only thing I can find about Union-Fern are some old furniture ads in The Troy Record back in the mid-50s. Pretty cool. I’ll let you know if I find any more dirt on it.