– When Johny’s posted about their breakfast specials for the weekend, something caught my eye: Homemade Corned Beef Hash. I don’t know if you guys know this about me but I’m a hash fanatic. On our travels, if a diner lists hash you can bet your ass I’m going to get a side of it to see if it’s the crap out of a can or if it’s the real deal. Unfortunately, it’s out of the can more often than not, so when I see the good stuff I’m pretty ecstatic. 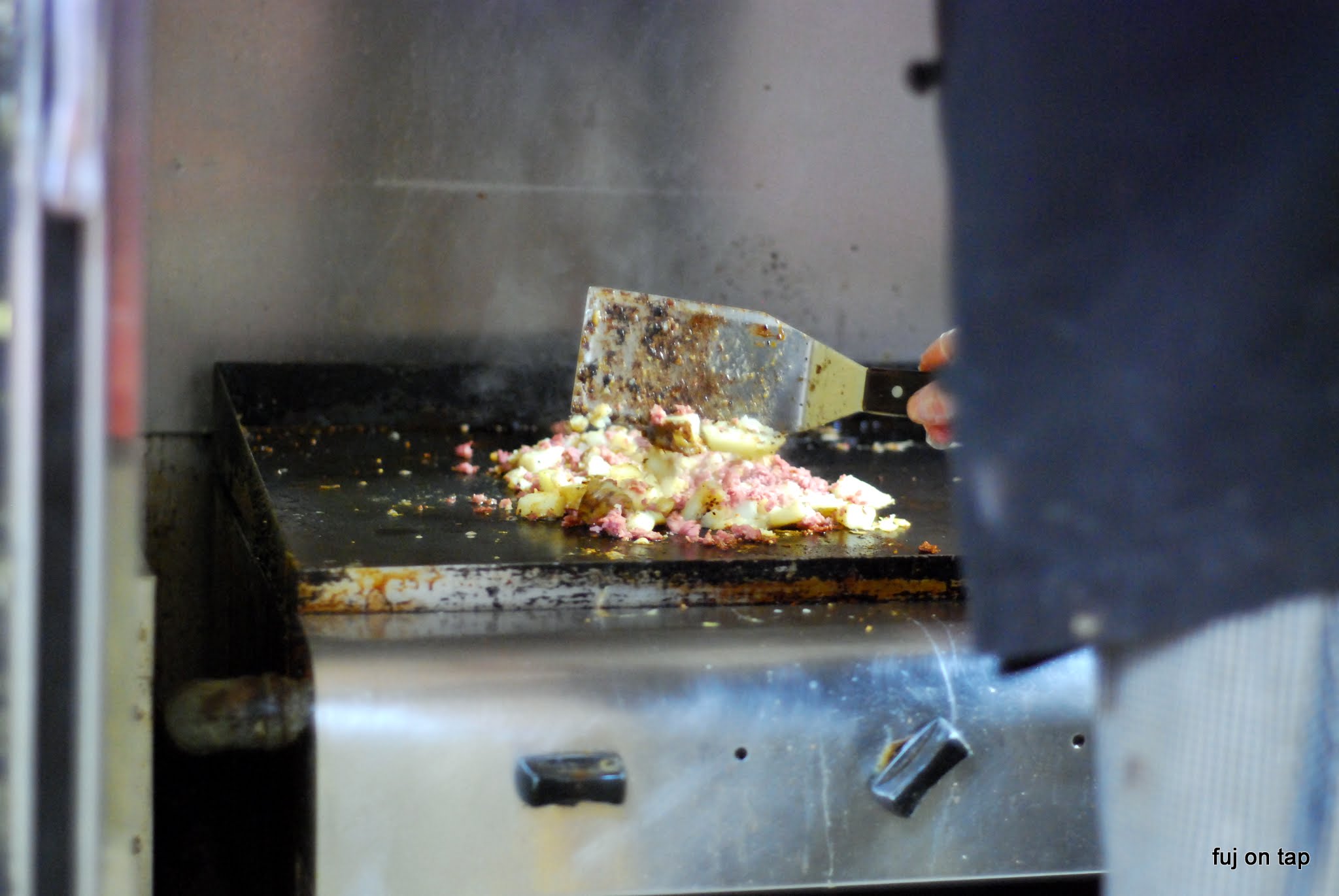 There’s a couple of places that come to mind in the area that have homemade hash like Cafe 217 and New World Bistro, but at the time Johny’s was the only straight-up diner that I knew who served it. (I was later notified by derryX that Duncan’s Diary Bar also does homemade hash as well, so I hit them up for a taste this past weekend. More on that soon). 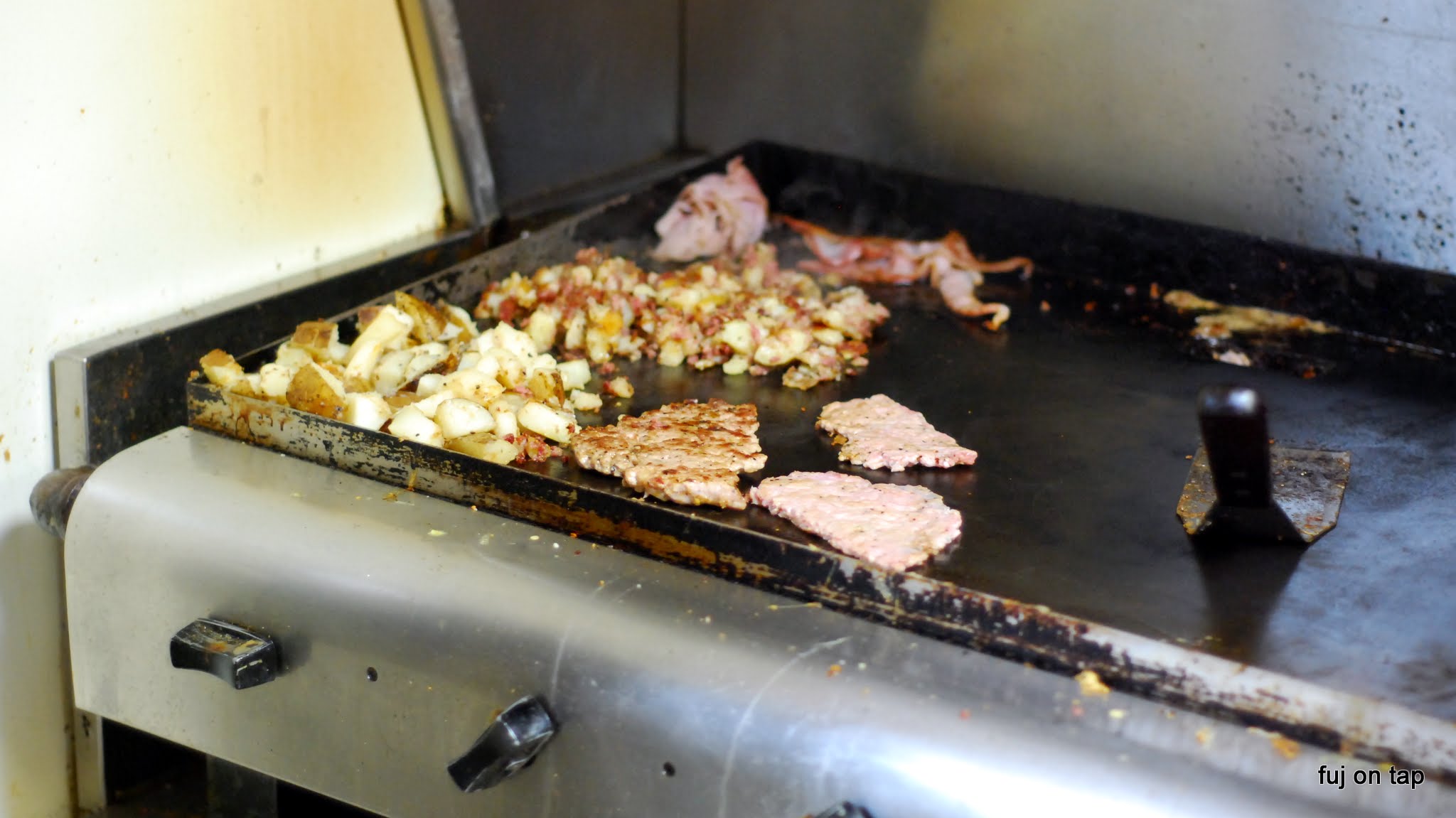 We split the order of hash, while Elise got a breakfast wrap that was on special and I went with the All Meat omelette. The hash was without a doubt the best I’ve had from a diner in the area. Johny’s was perfectly seasoned with just the right amount of browning and crispiness, without the added pretentiousness of some of the uppity-up “brunch” places that also serve hash. This is the stuff I grew up on, but better. The corned beef is cured and ground in house, just like the sausage found in both of our main dishes is ground and seasoned in house as well. These are such simple steps to make your dishes pop I’m not sure why any diner would serve the prepackaged versions. Add on top to that some stand out cheeses in both of our meals and we left with very full bellies. 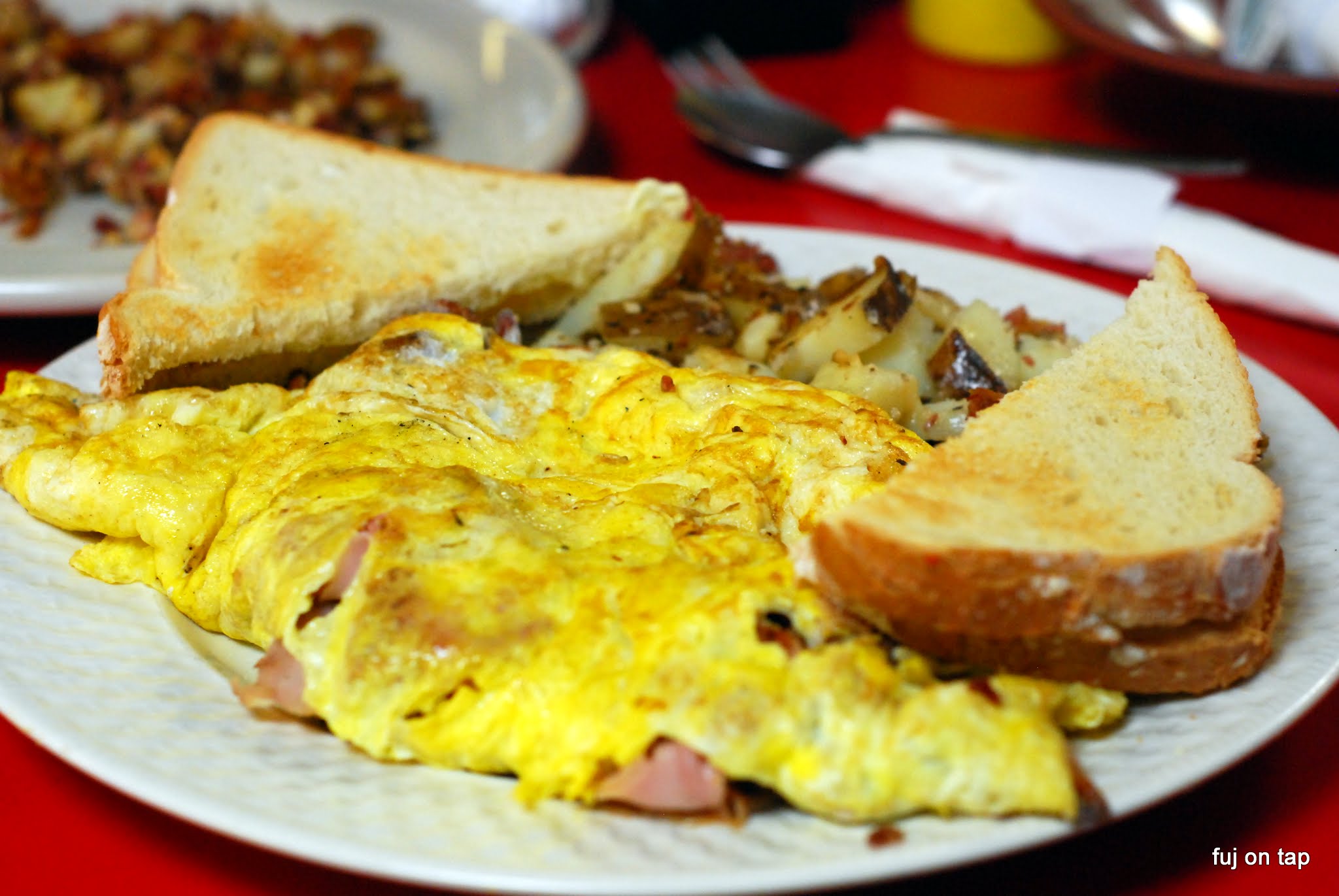 Of course no visit to Johny’s would be complete without a look at at the Burger Challenge Wall of Shame. Failing miserably at the omelette challenge is next on my radar. 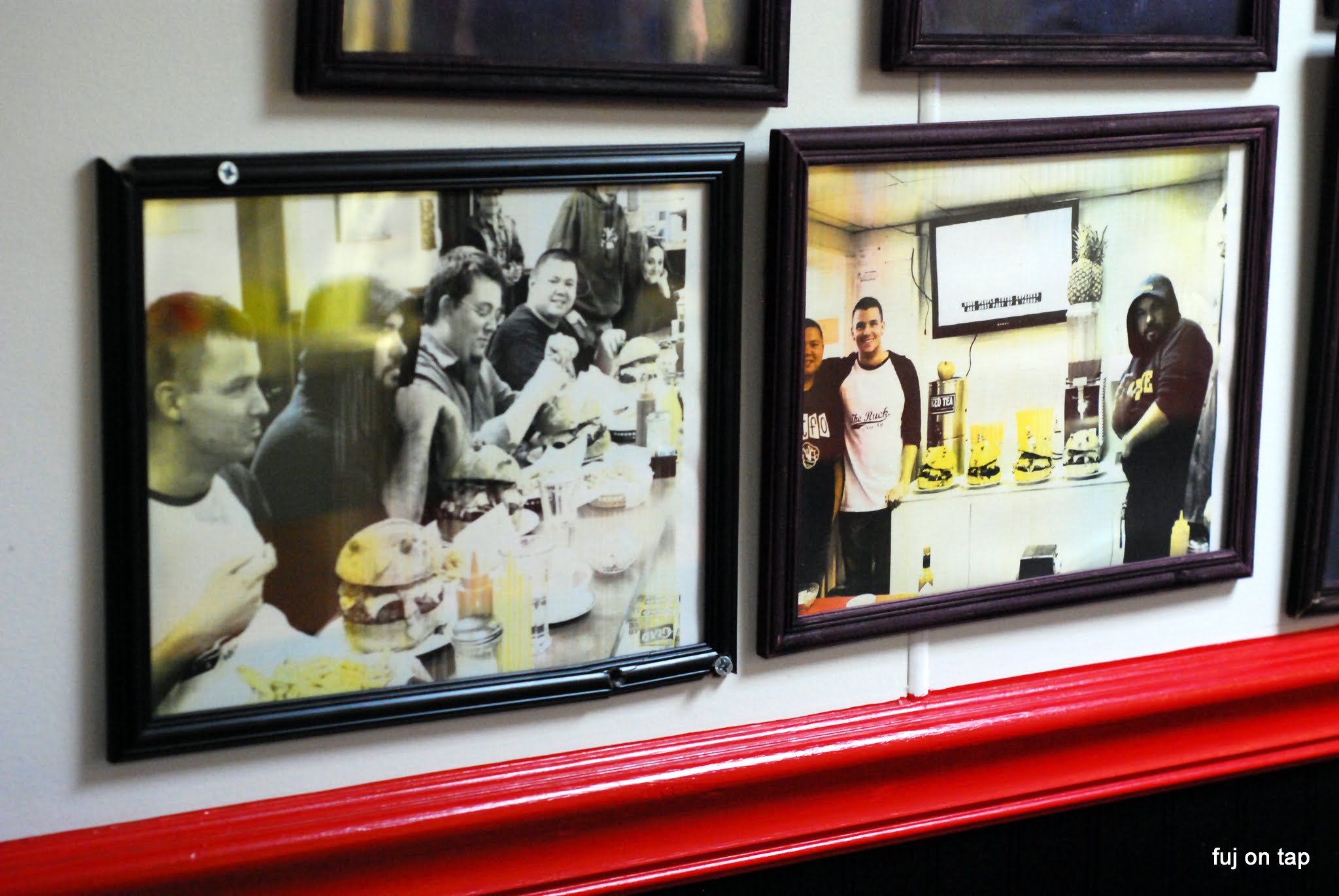