The Harvest Festival at Hill Farmstead was a little hectic, I’ll be honest. Luckily, the copious amounts of delicious beer makes it worth it. This was my first event there, and now that I know a little more I’ll be better prepared for the next time. For those of you who haven’t gone to an event there yet but plan on doing so in the future, hopefully this helps.

UPDATE: Please do not misconstrue this as criticism for how Hill Farmstead runs their events. This absolutely is not what this about. However, when I was getting ready to head up to the event I went into it completely blind and had a ton of questions, to the extent where I was pissing them off on FB with how many questions I was throwing at them the week before. I am not suggesting HF change their events, I’m only putting this out there to try to answer some of the questions others may have before going to their next event.

Logistically, there were multiple things that needed to be taken care of and unfortunately, all of that has to happen all around the same time. You need to check in, get your gear unloaded, claim your campsite, get your bottles purchased, get your spot in the growler line secured, get your tent and other gear set up, and get in line for special releases that you will easily miss out on. This is a LOT to accomplish, and I wasn’t able to do this in the hour we got there ahead of time.

The parking lot is to the left of the house, and the check in and retail lines form on the right. When you first check in, you’ll hand off your tickets or printouts, they’ll mark you off the list, you’ll sign a waiver, they’ll hand you your tasting tickets, and if you need glassware, you can buy it here.

The parking lot is nowhere near the camping area and there is no direct route to the camping area, so if you can, pack lightly. That’s generally not an option for us, especially for four people and the fact that we were meeting up with a few folks for bottle sharing afterwards. We brought popup tents and an 8 foot table which others might not bring, but both of these were essential given the torrential downpour that occurred later that night. This meant the hour early we got there was spent huffing all of our shit to the campsite, and all of the rest that had to get done was digging into precious bottle purchasing and drinking time. Plus we had to keep track of this guy while doing the move, which didn’t help: 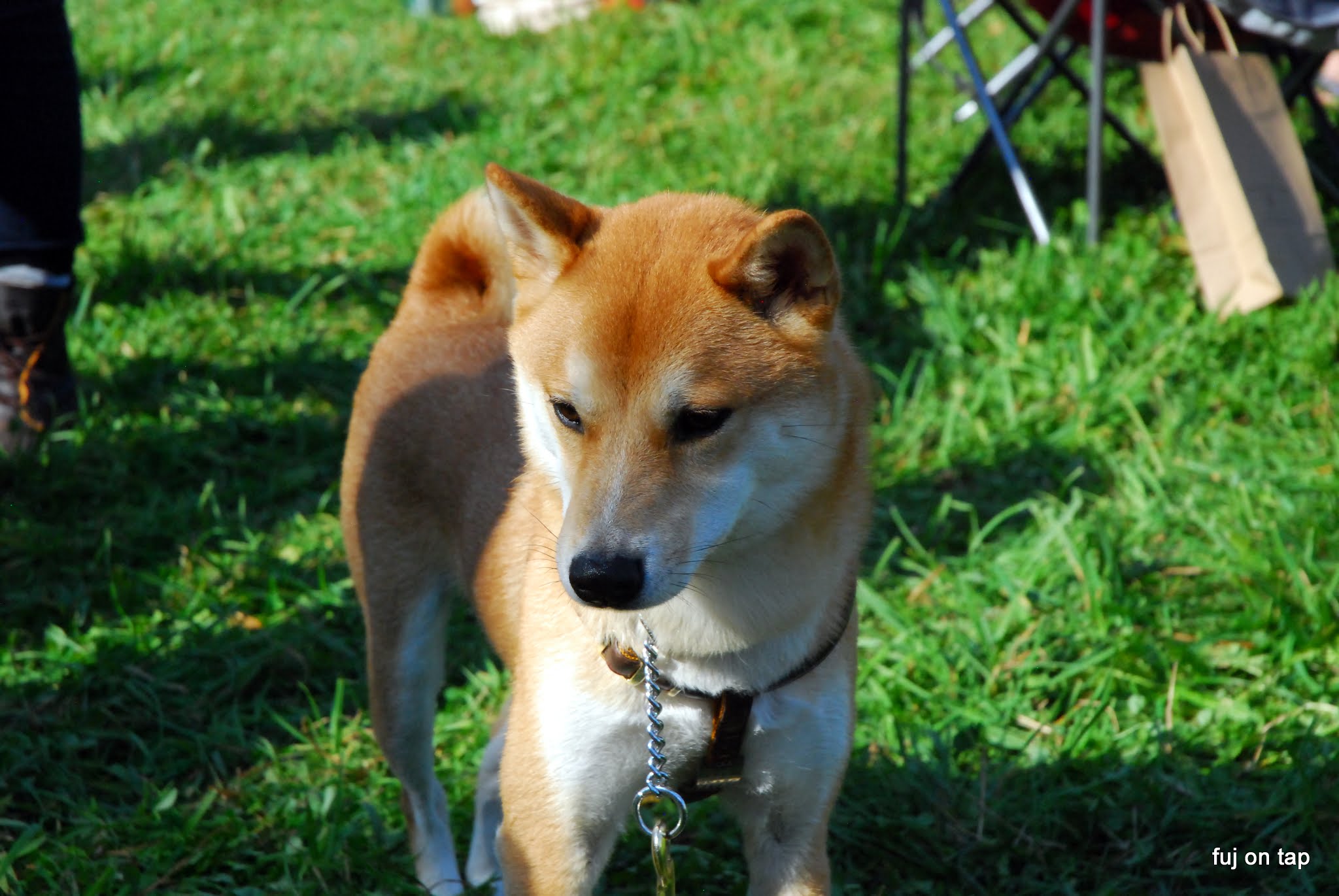 Now, there are two lines by the retail shop, one for people in the festival itself, and one for people who are just dropping by to hoard a bunch of shit, sell I mean “mule” cases upon cases of beer to “friends”, etc. What that means is that any beers listed as “no bottle limit” will be stacked sky high in the back of someone’s Tacoma, and you’ve got little to no chance of taking them home. Mentally prepare for this now so you don’t berserker rage like I did when I found out I missed out on two bottles while waiting in line for the limited release tappings. 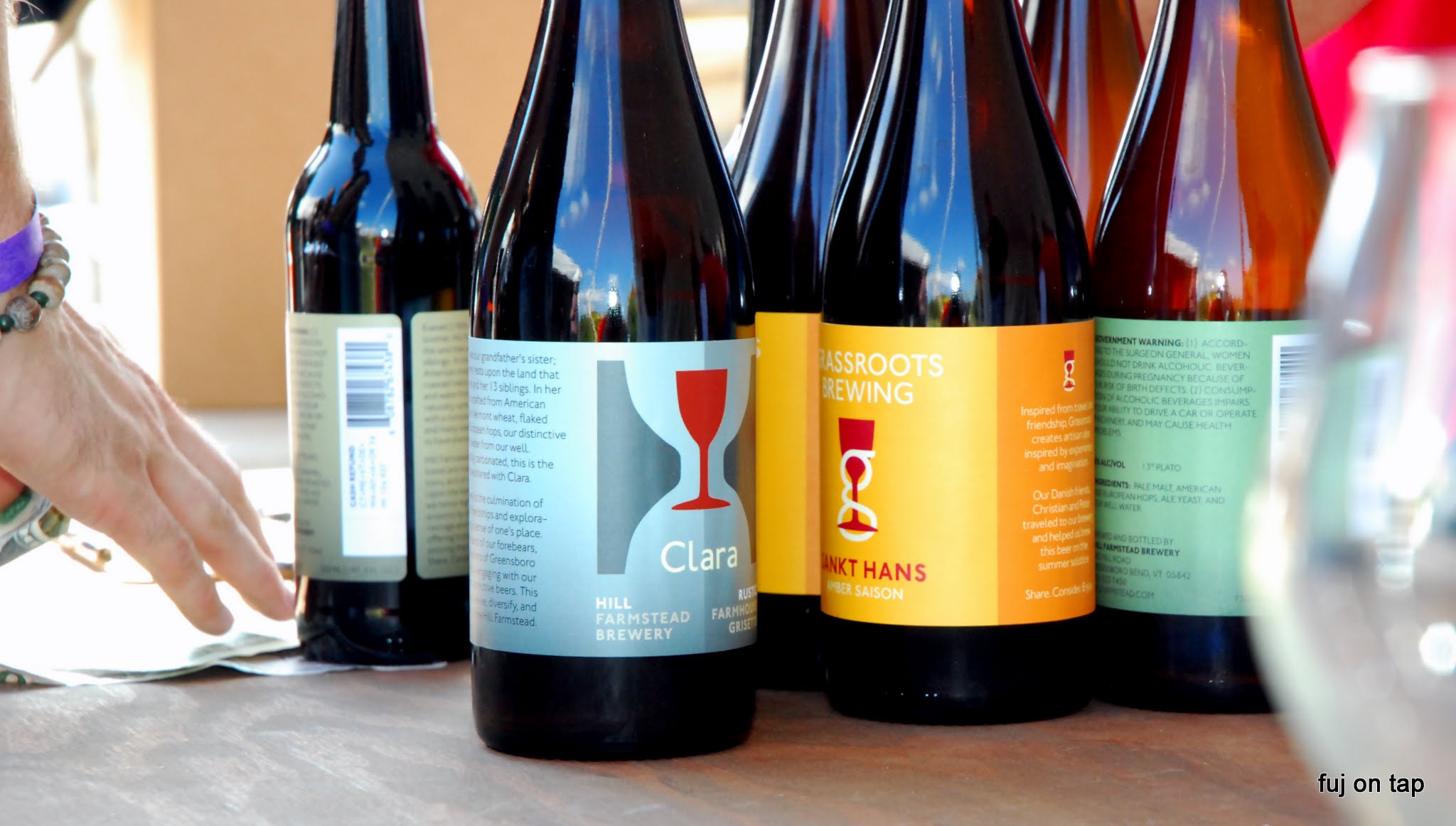 Growler fills are done on a separate line, which is a smart move. They used a calendar system, which I also liked. Basically, the guy at the front of the line hands out sheets from one of those tear off 365 calendars. They call out month by month, so when they call out a new month, there is at most 31 people waiting in line at a given time, and you can go drink beer and eat food and chat up with new beer geeks while you’re waiting for your month to be called. As for glass you can either bring your own or you can buy there. The prices for growlers are extremely reasonable and they’re the nice genie 2L style ones. There’s been chatter that they don’t fill certain types of growlers, but I have only brought brown, swing-top growlers there and have not had any problems. The growler fills are slow (by nature of the slow pours they’re doing) but this system works out extremely well. 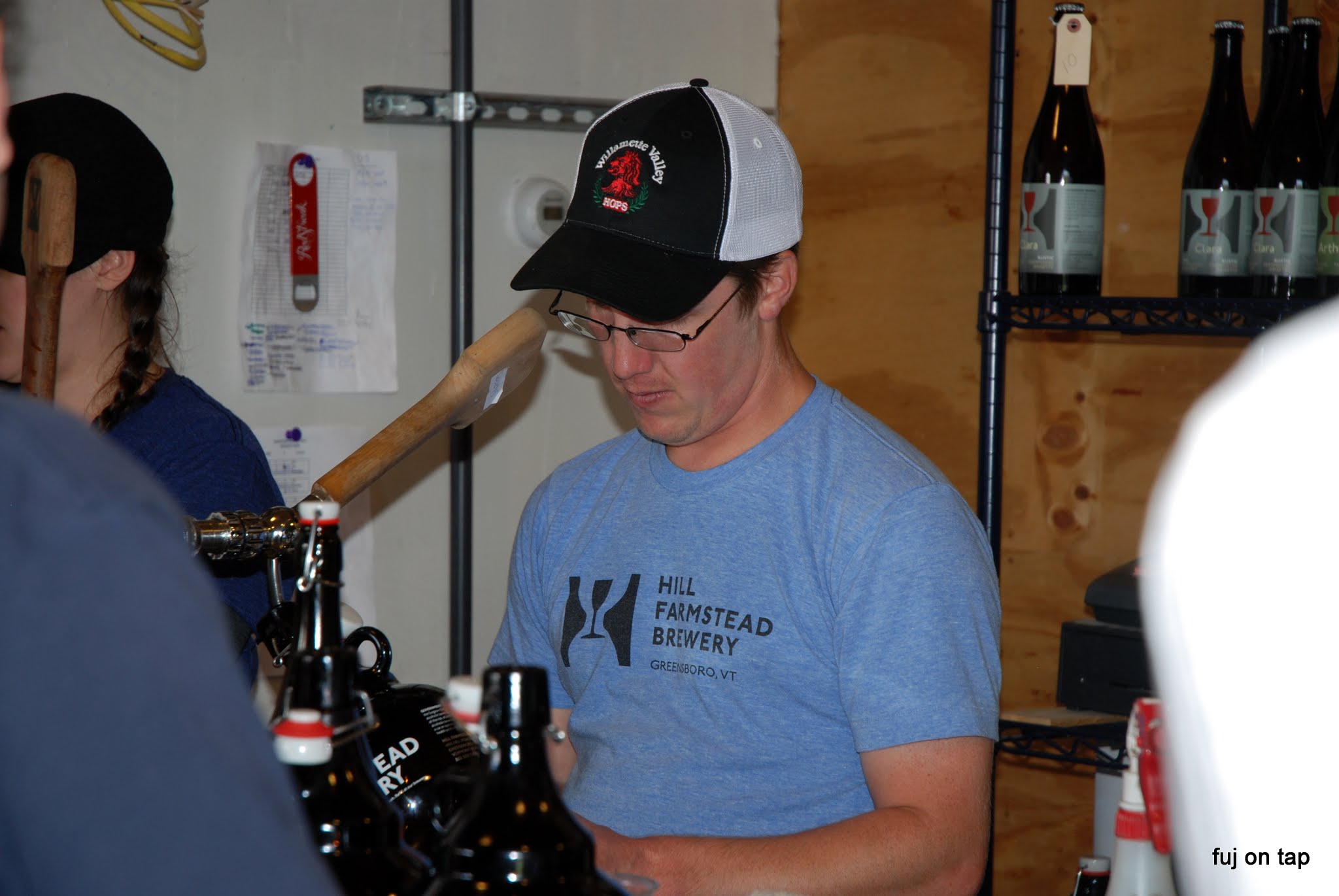 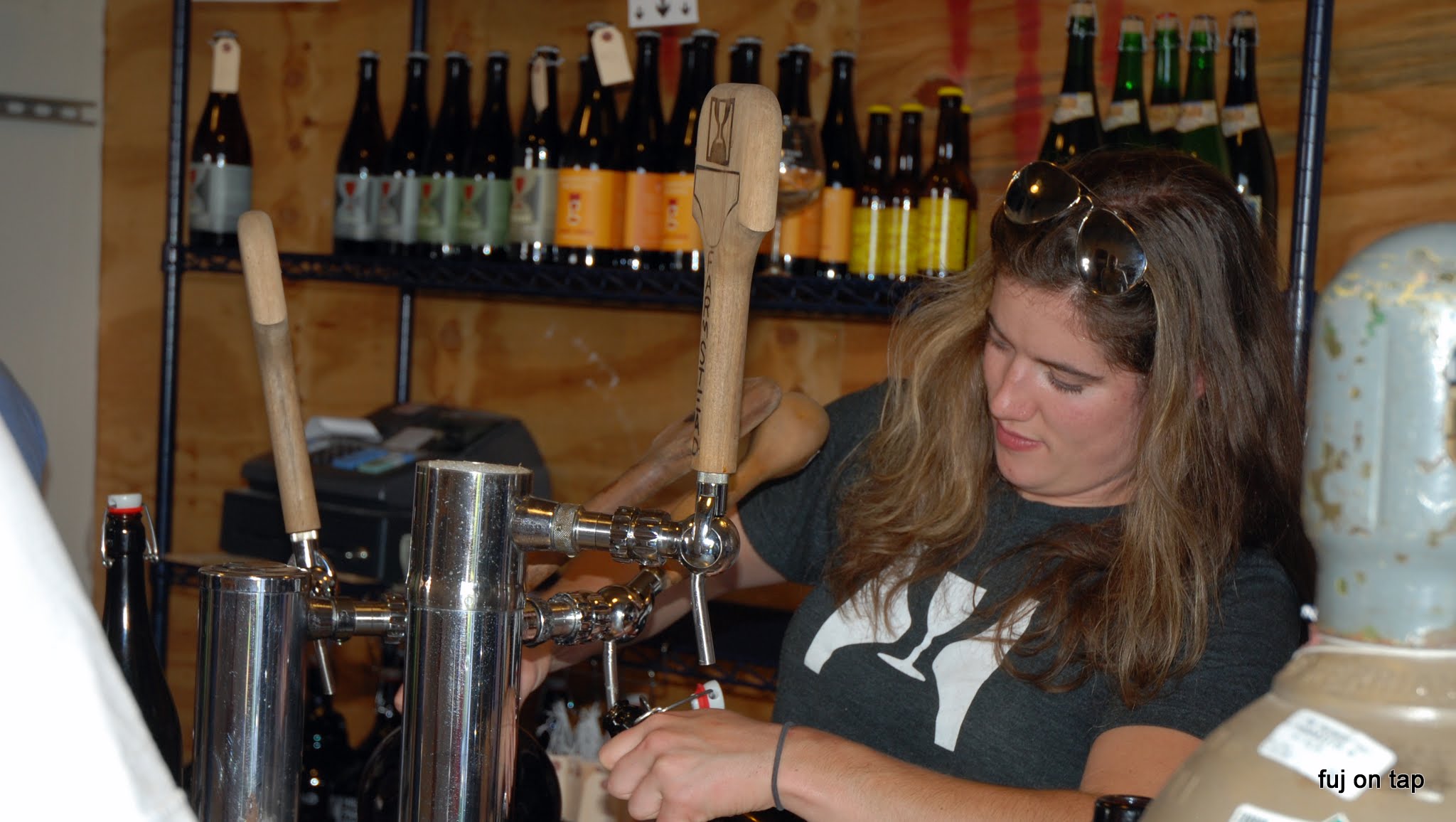 Food was a hot commodity and some places sold out rather quickly. Some, like the Cellars at Jasper Hill folks, were under the big tent where there was also a band playing and a single beer jockey. Others were set up under their own tents off to the side since they had larger appliances and grills and such. By the time I got all of my bottle and growler purchases out of the way, only Jasper Hill and the hamburger guys were still serving food. A trip to Parker Pie was definitely going to be necessary later. 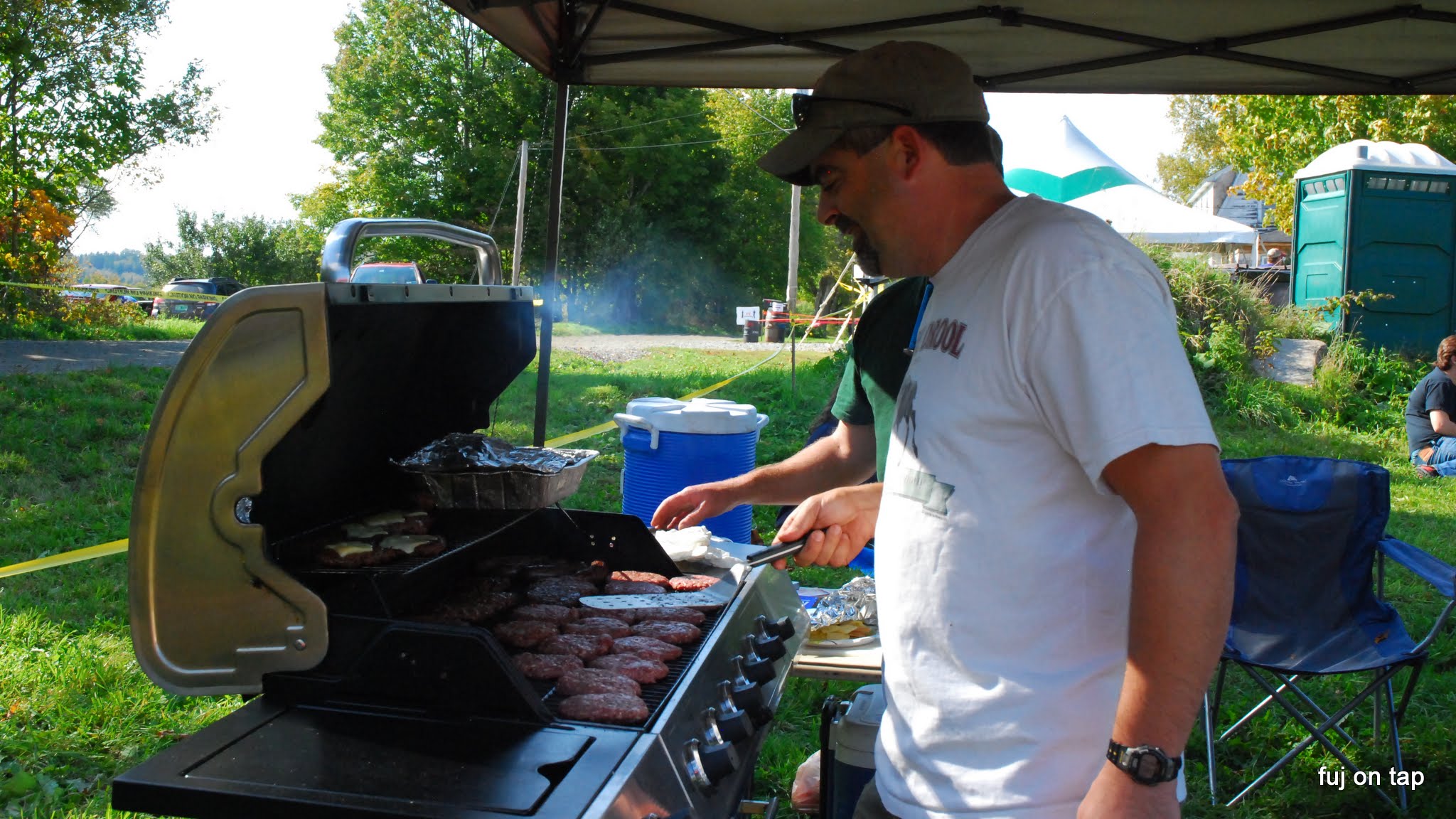 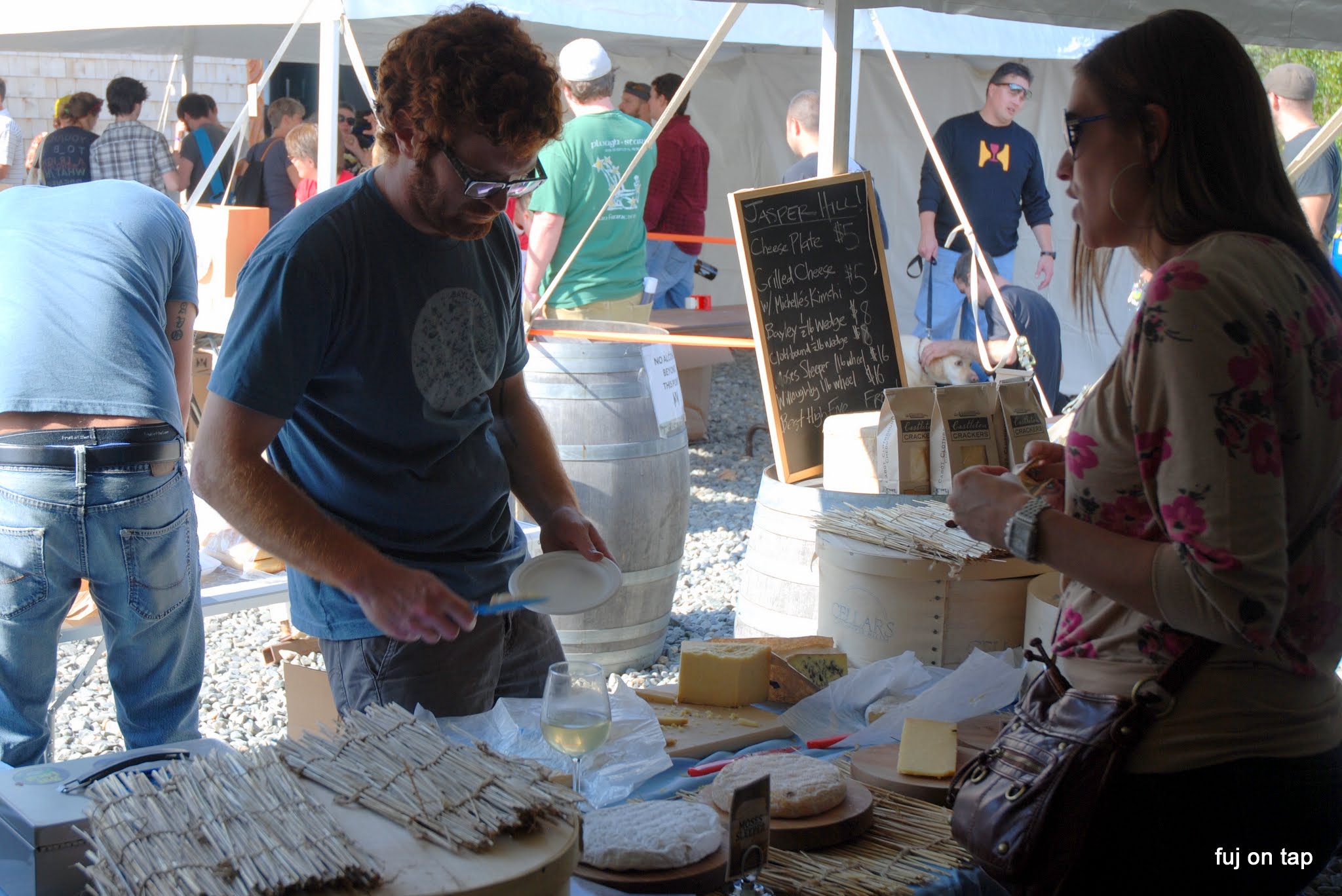 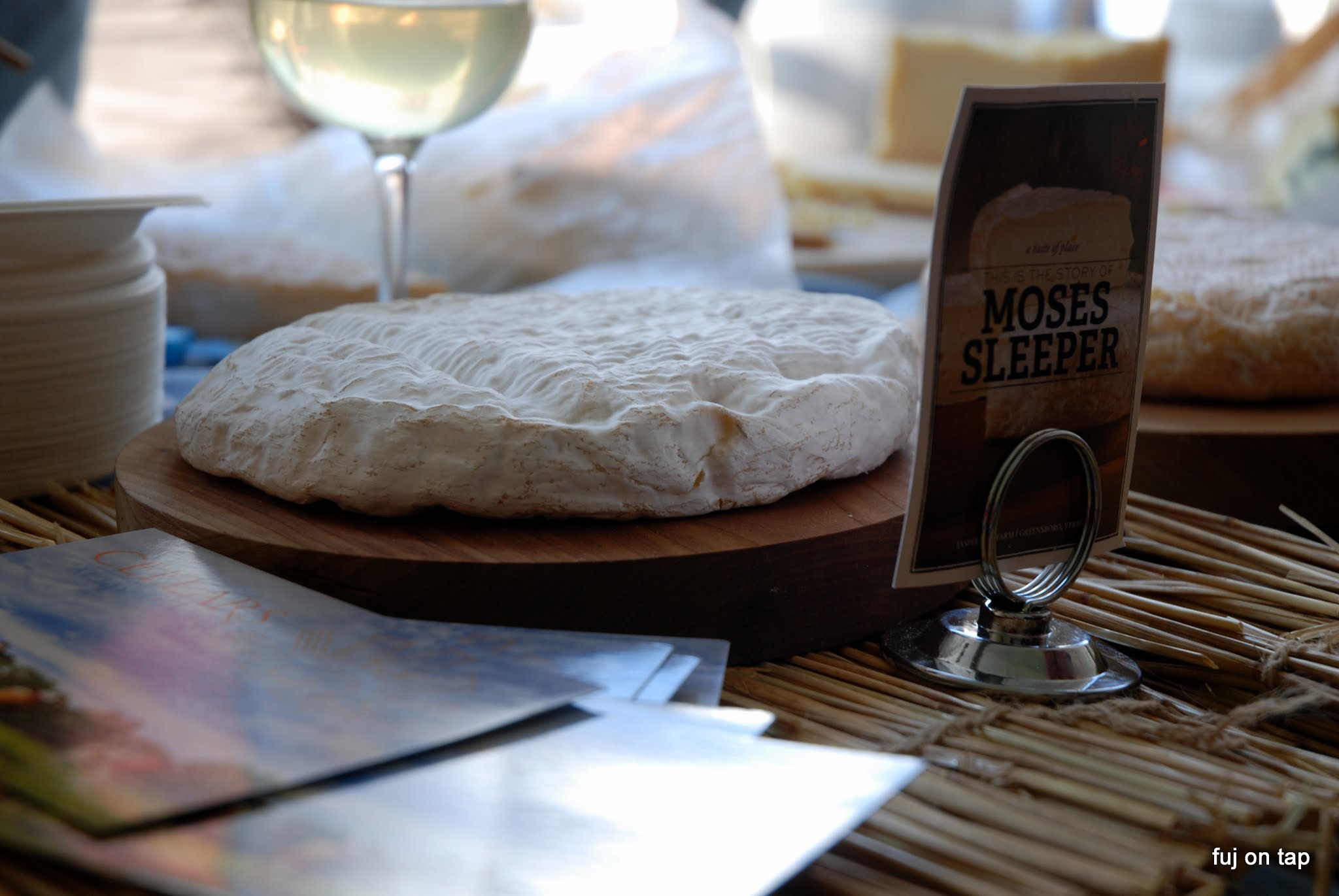 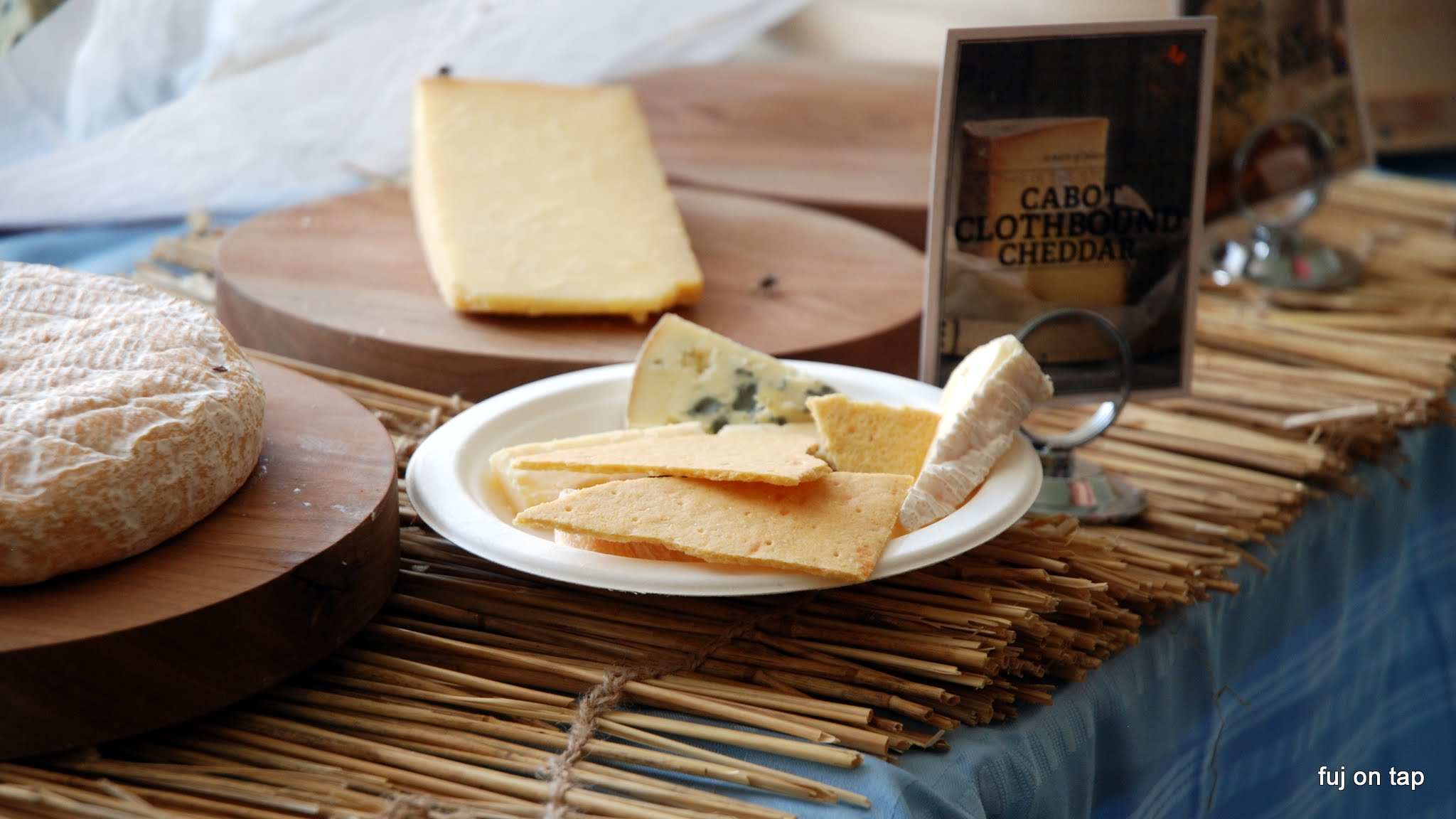 Yes, you have to have your own Hill Farmstead glassware. Either bring your own from a previous visit or purchase new ones there. We have both the smaller wine glasses we received at the Hill Farmstead Dinner, and also the large tulips from our visit to HF over the summer. We brought our smaller wine glasses, which was good because we broke one on the way up and it was easily replaced, as those were the ones they were selling at the entrance. 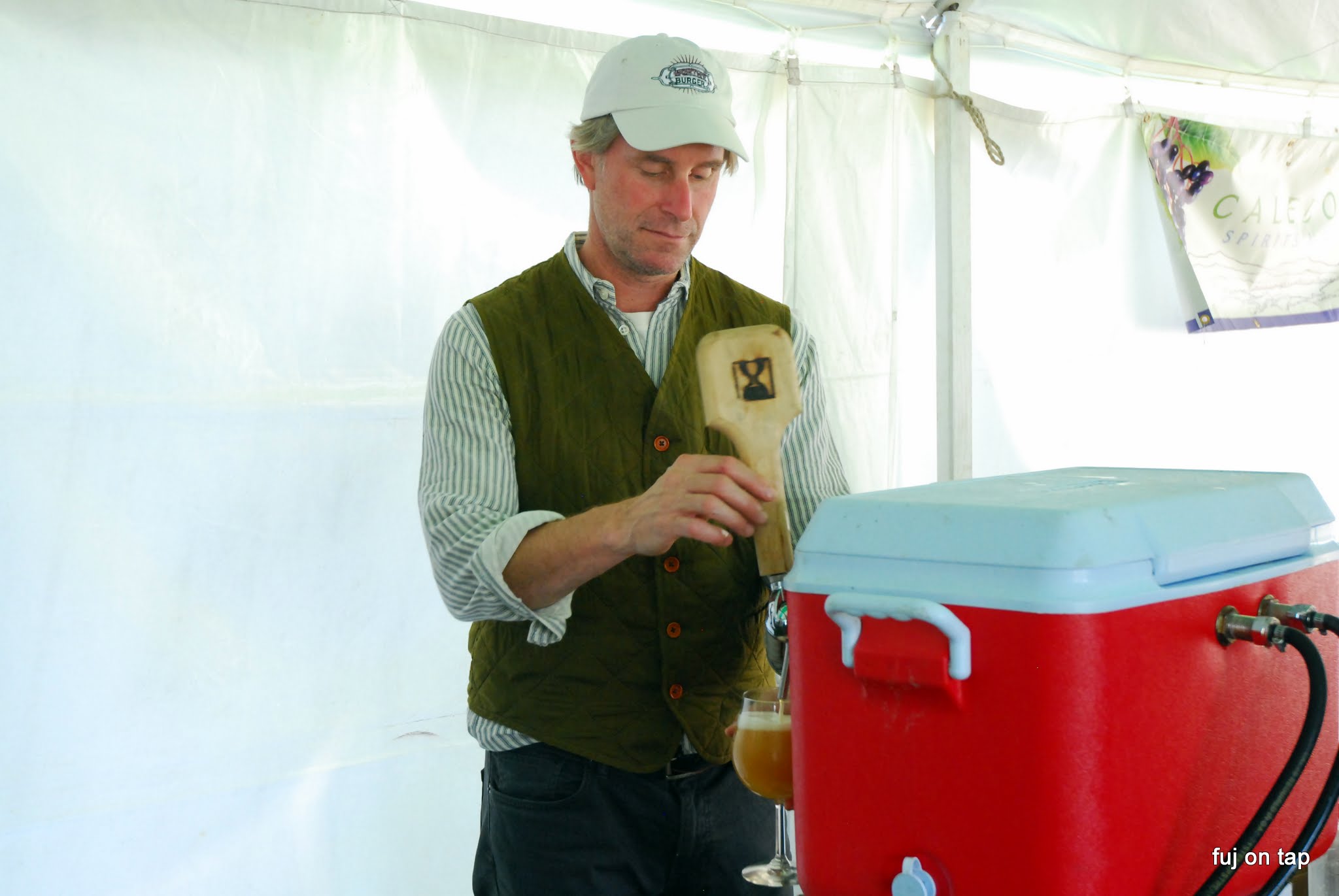 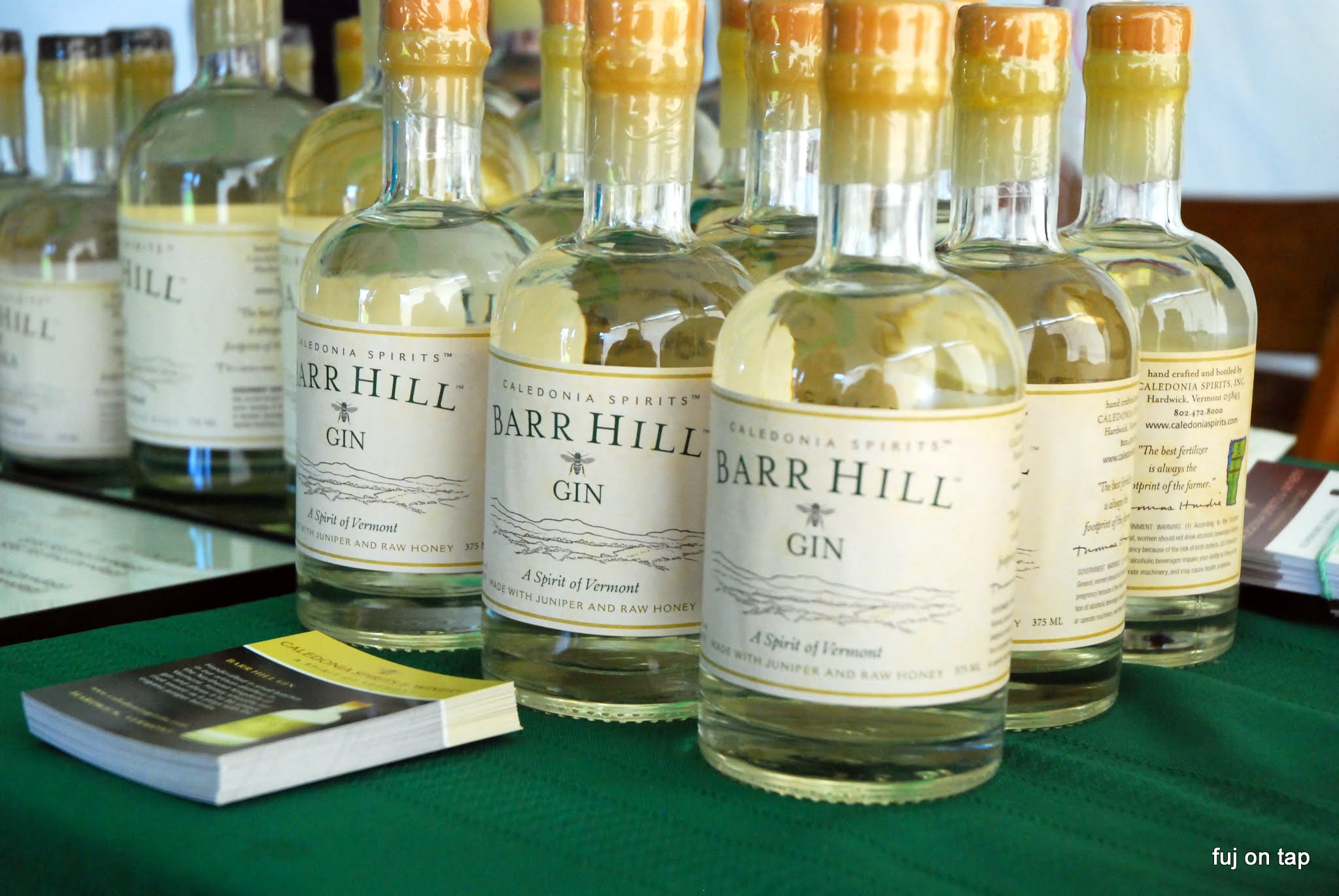 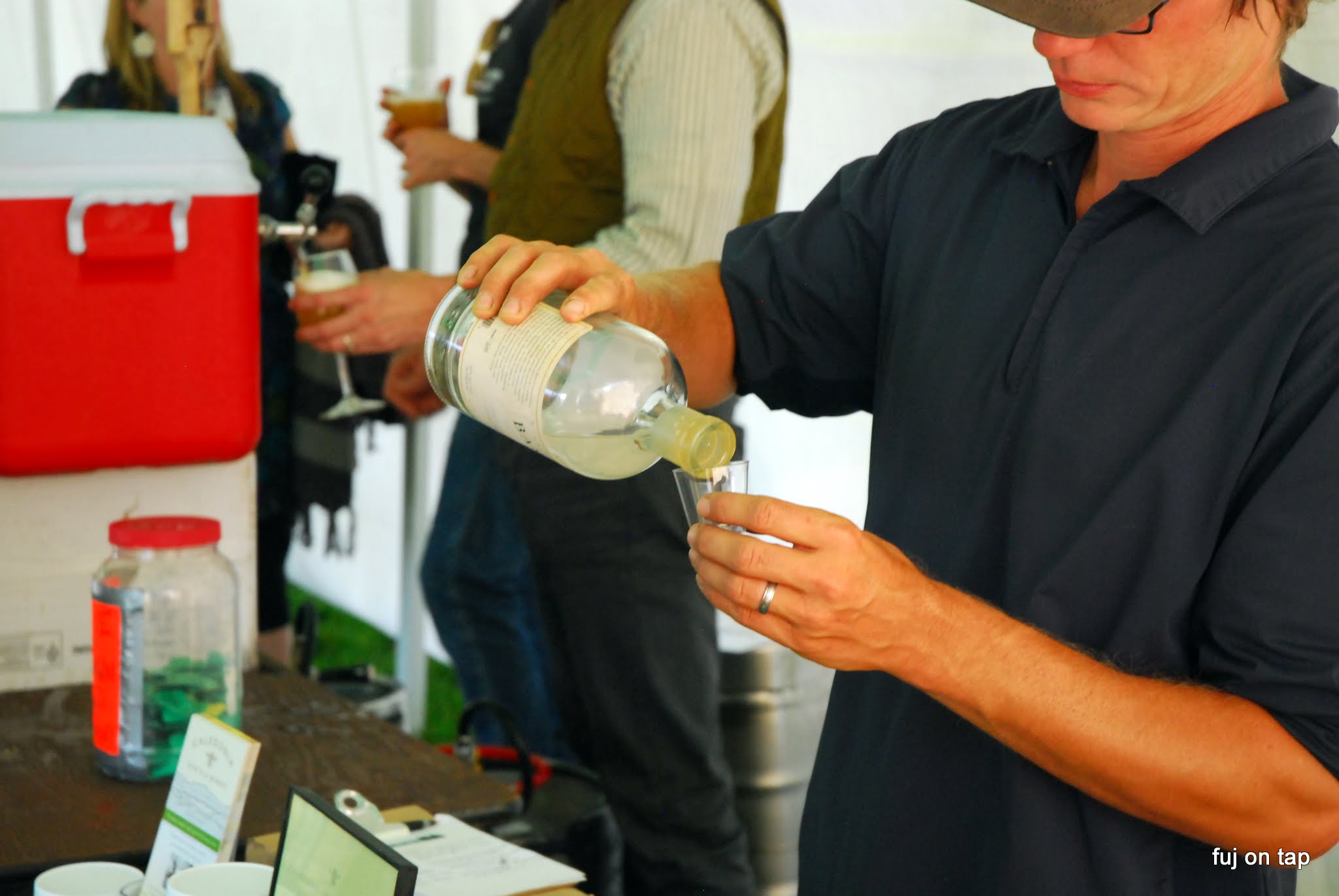 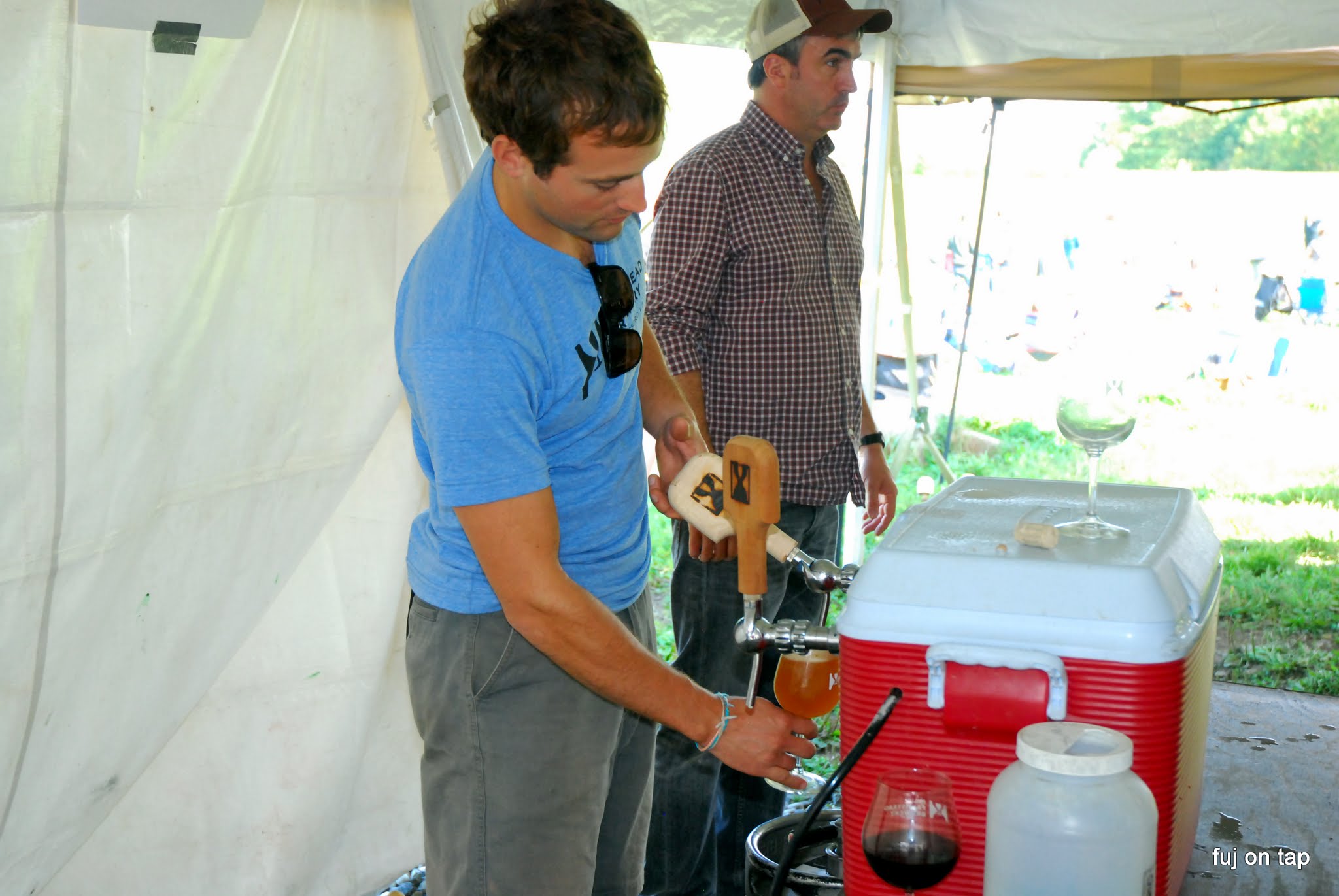 The beer is done on a ticketing system. When you first check in, they give you the lineup for the day and four tasting tickets. It’s basically costing you $5 to get into the festival, as each tasting ticket costs $5, including additional ones on top of your initial 4 tasting tickets. An important note: everything including bottles, growlers, food, etc. here is done with cash (though Square would be a perfect addition to an event like this). For the special releases, lines generally start forming around 10-15 minutes before the keg gets tapped, so go to a beer pourer that doesn’t have line, fill your glass, and then go wait for the special release. The kegs go quickly, and the people at the end of the line are just not going to get any. I did not have an issue with that, and was even first in line for one of the kegs, but just remember to get in line early and you won’t have a problem. 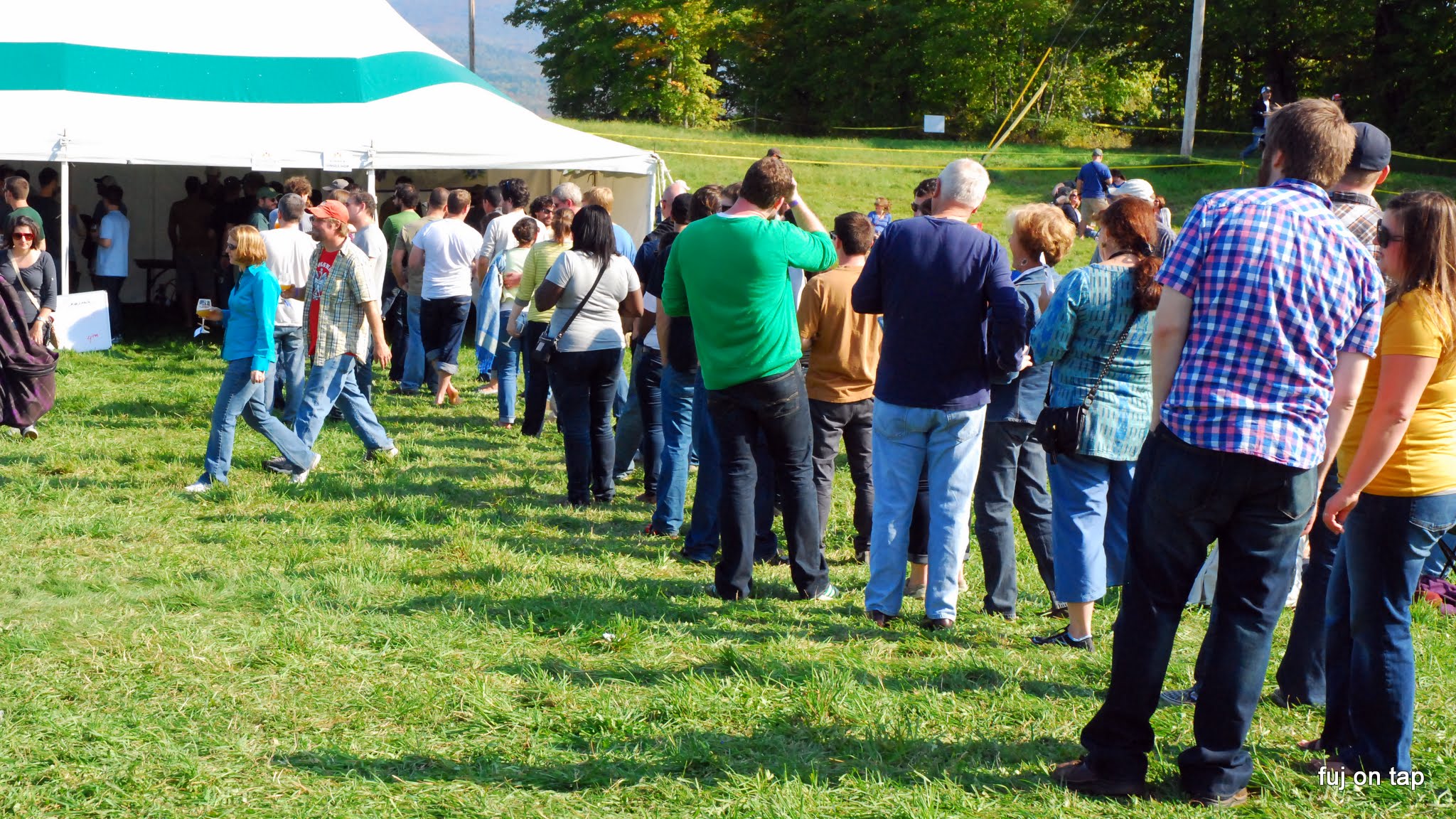 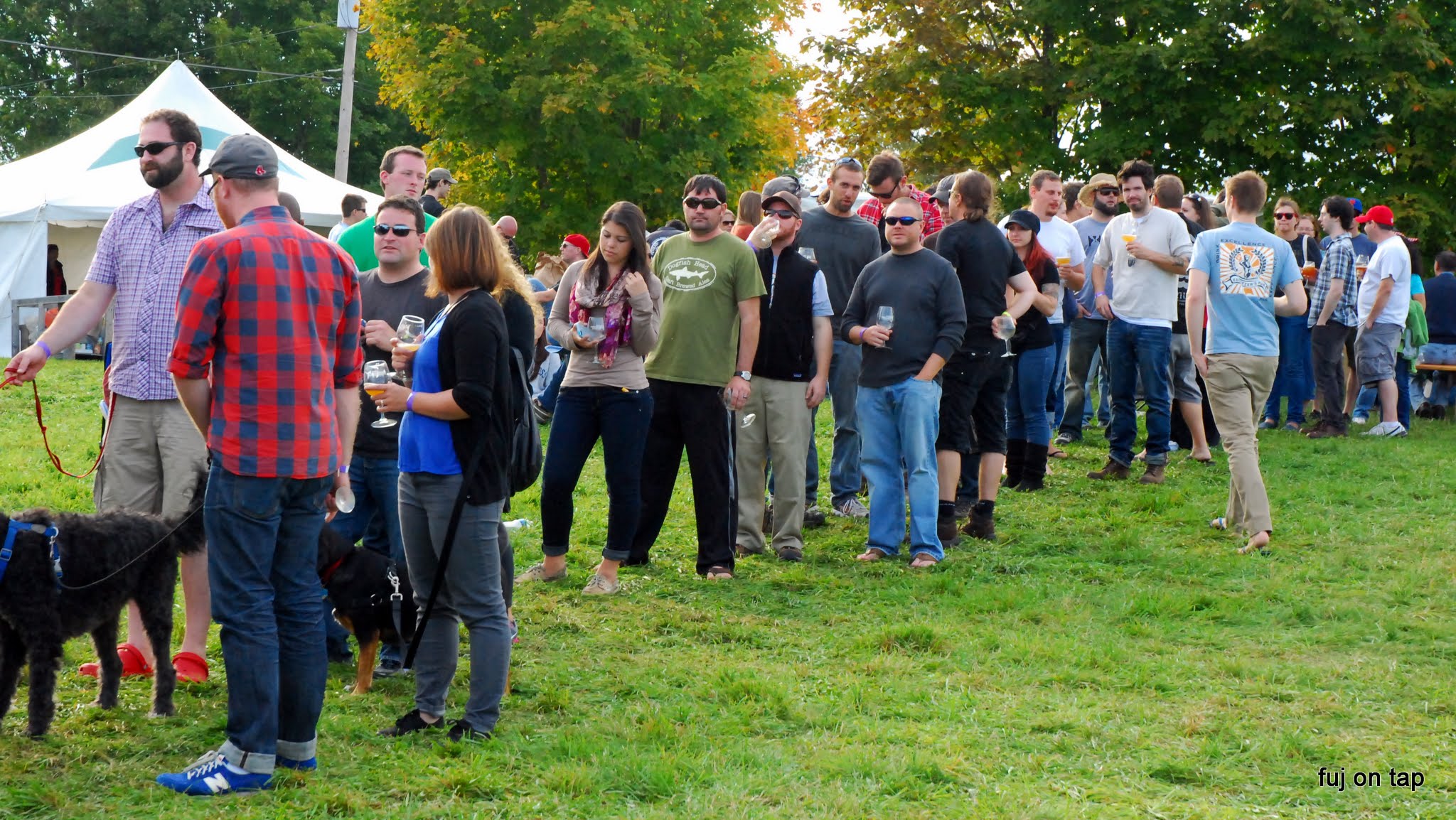 There’s no food after the festival so you are on own on that front. Bring chow or take a drive to Parker Pie like we did. The camping sections are split between two areas in the back, with the one on the side near the pond generally where some sort of fire or shenanigans would happen (it was too rainy for that). I didn’t get a chance to venture to the other side. There are plenty of people cracking open bottles and such. Bring some stuff to share. (Don’t be an asshole and beg people to open up that special beer.) Usual bottle sharing etiquette applies here.

That’s all I have for now, and this is based on my one experience at a Hill Farmstead event. I’m sure there is more to say about shit I didn’t have to deal with, and I’m sure some people will have it easier than others, like those who stay in a hotel or are local. If you have something more to add, shoot me a note and I’ll work it in here.

So, for next time:

3 thoughts on “A Survival Guide to Hill Farmstead Events”