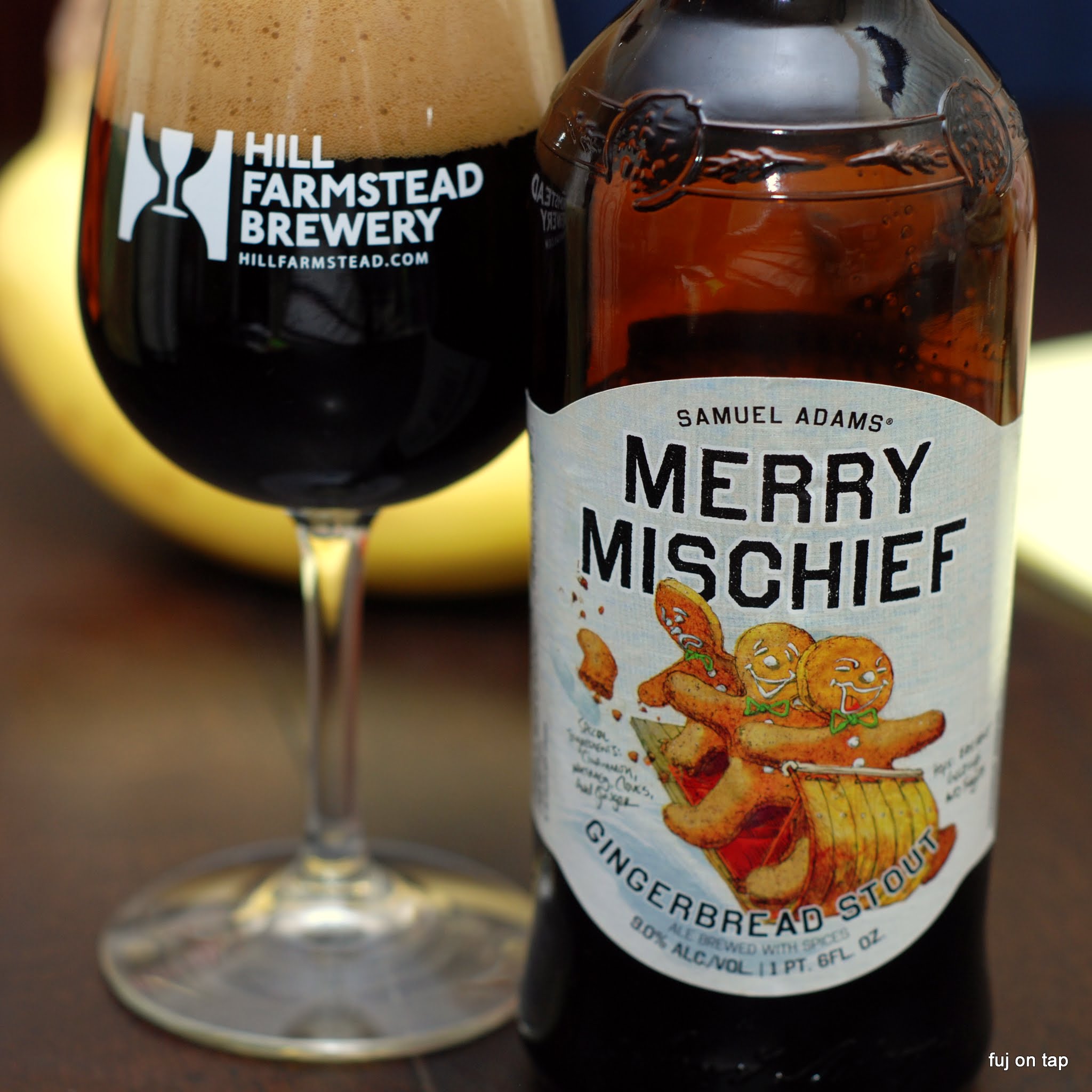 — First off, fuck Christmas creep. This not only speaks to my issue with seasonal beers coming out WAY before their season, but since Christmas creep is ALL around us in so many different avenues, it’s that much worse than all other seasons. Seeing the Christmas sections already displayed in retail is bad enough, but I’ve also heard Christmas songs on the radio and even worse, this past weekend I witnessed people with their Christmas lights ON. Not just hanging but actually on. This is unacceptable. The first day that Christmas anything is allowed is Black Friday. That’s it.

Drinking this Merry Mischief definitely goes against everything I just said above, but I’ll be honest with as much traveling as I do, I don’t do as much beer shopping in the Capital District as I do out and about. As Merry Mischief just hit shelves today, I figured I’d support one of my local bottle shops and I thought it might go well with the Shepard’s Pie I made tonight for the first time.

The dish was forgettable, but this beer was better than I expected. I’m not a huge fan of any spiced beers, be it Belgian, Fall, or Christmas spices, so I really imagined I’d hate it. Thankfully, the beer balances its stout characteristics with the Christmas spices and I thought Sam Adams did quite well here. (The 9% ABV doesn’t hurt, either.) Would I go out of my way to buy this beer again? Probably not. But if you see it on yours shelves I would grab a bottle just to try it.