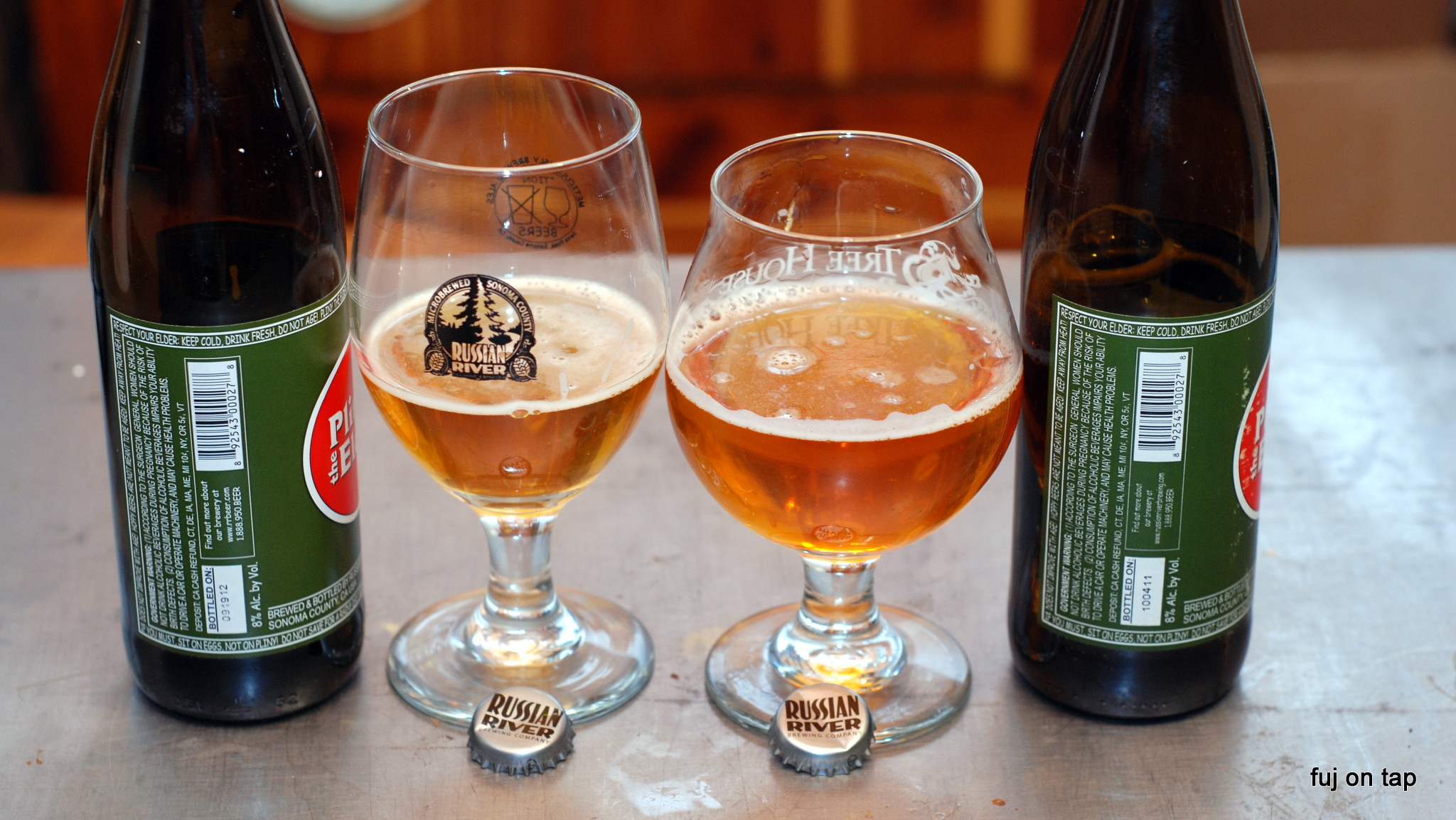 — The last time Merc was in town, he was coming up on a milestone tick on BA so he brought over a couple of bottles of Pliny the Elder to open up. The big difference between the two? One was a year old. 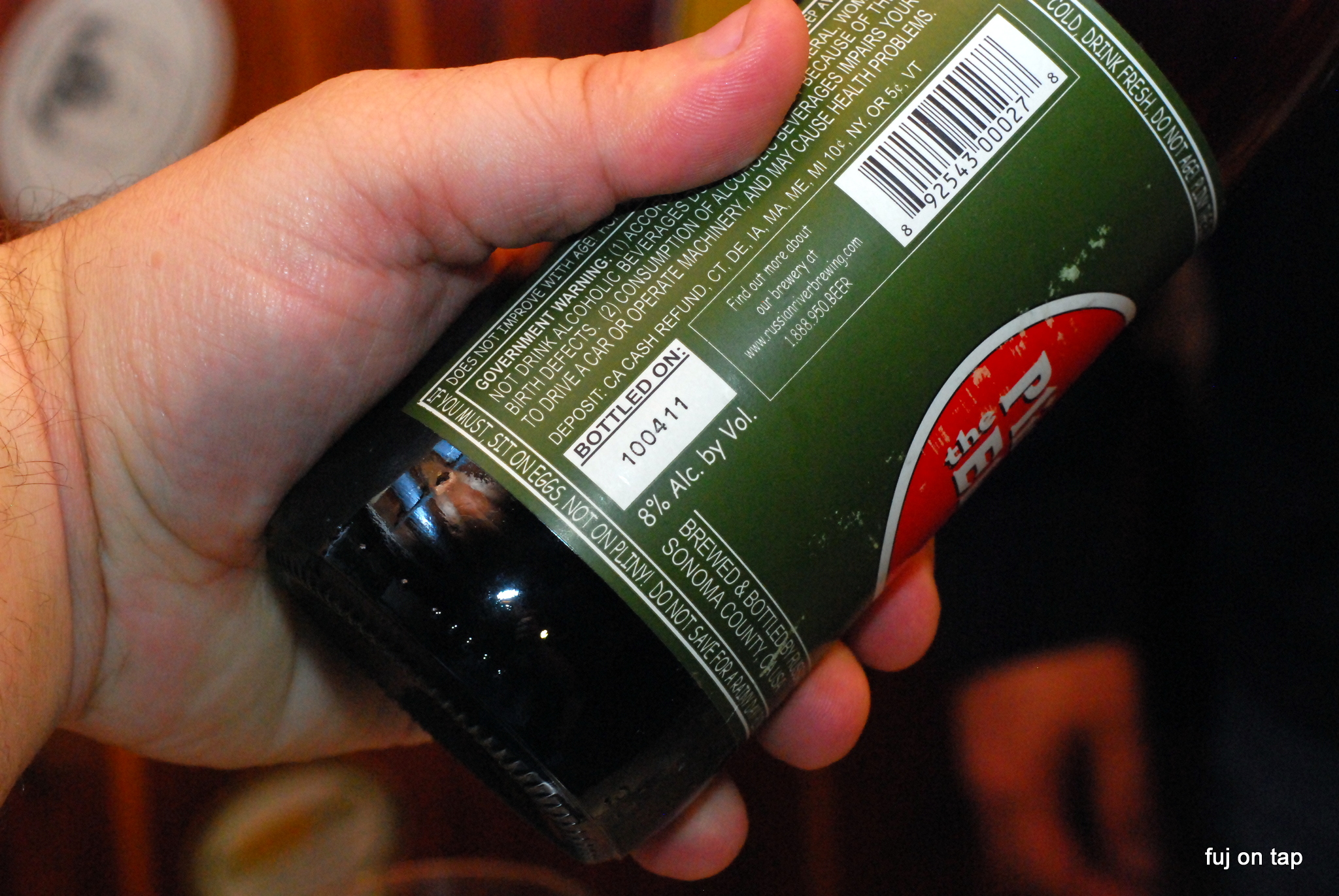 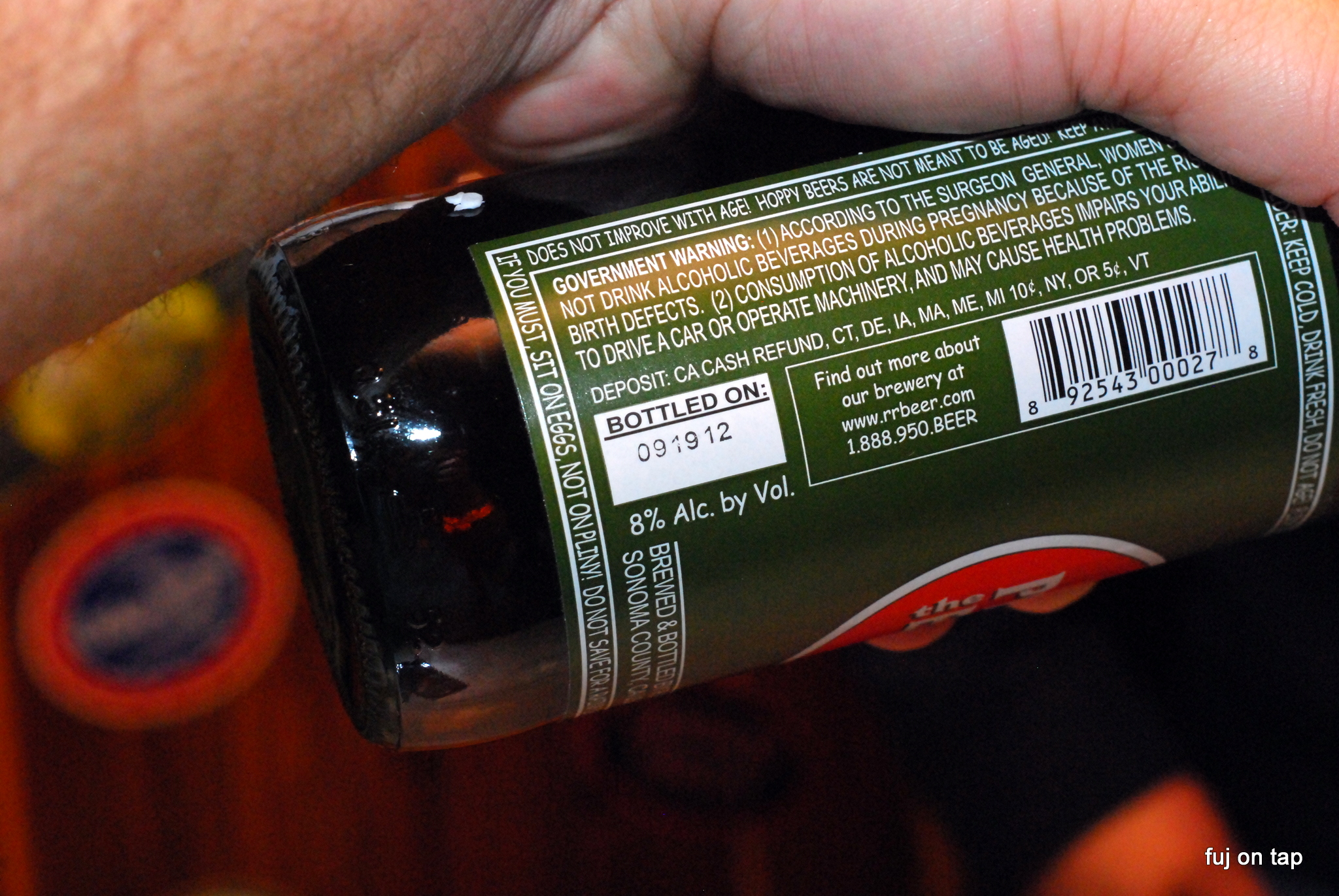 Now if you read the little blurb around the label of the beer, and if you’ve ever heard the cry of hundreds of beer nerds out there you know that old Pliny is garbage, you can’t age it, Pliny older than 24 hours is barleywine, etc. What better way to gauge the hype than to crack one open that he forgot about in his beer cellar? 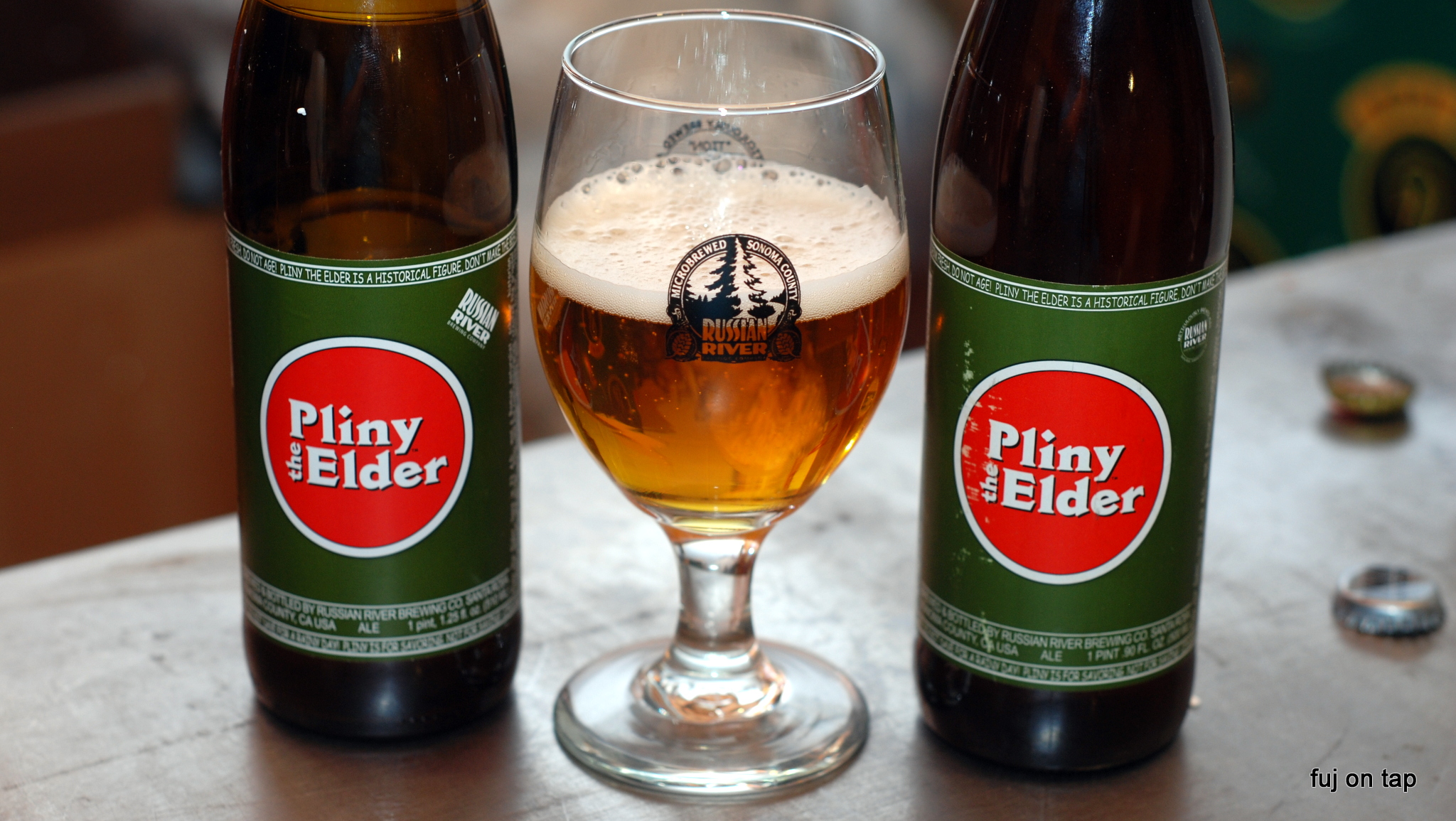 So what’s the verdict?

Well, let’s get the obvious out of the way, the year old Pliny had no hops. There was only a slight amount of bitterness left but it was mostly sweetness from the malts. However, to me, it was darker, and thicker mouthfeel than the new stuff, which to me as of late has been lacking of flavor and overly watery. (I blame The Alchemist, Hill Farmstead, and Lawson’s for that). Anyway, I tried to capture the slight difference in color with my camera as best as possible. Hopefully you can tell, the old Pliny is definitely darker in color than the new stuff, with the new being lighter, and more straw like in color, with the older having a slight orange tint to the hue. Batch variations? I dunno. 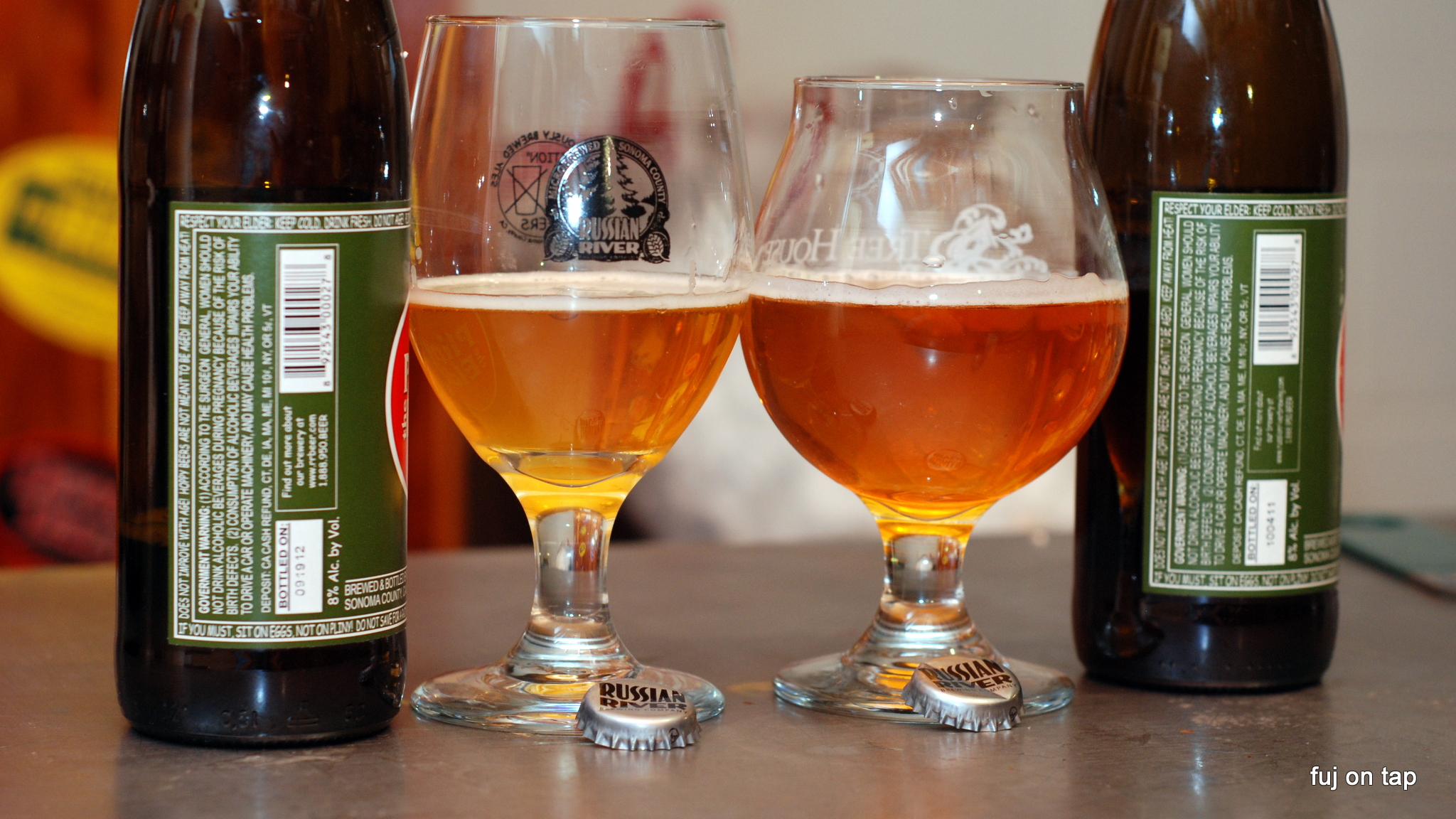 I would have preferred the body and mouthfeel of the older Pliny with the hops of the new Pliny. Since that’s not possible, I’ll just have to keep drinking Heady Topper…