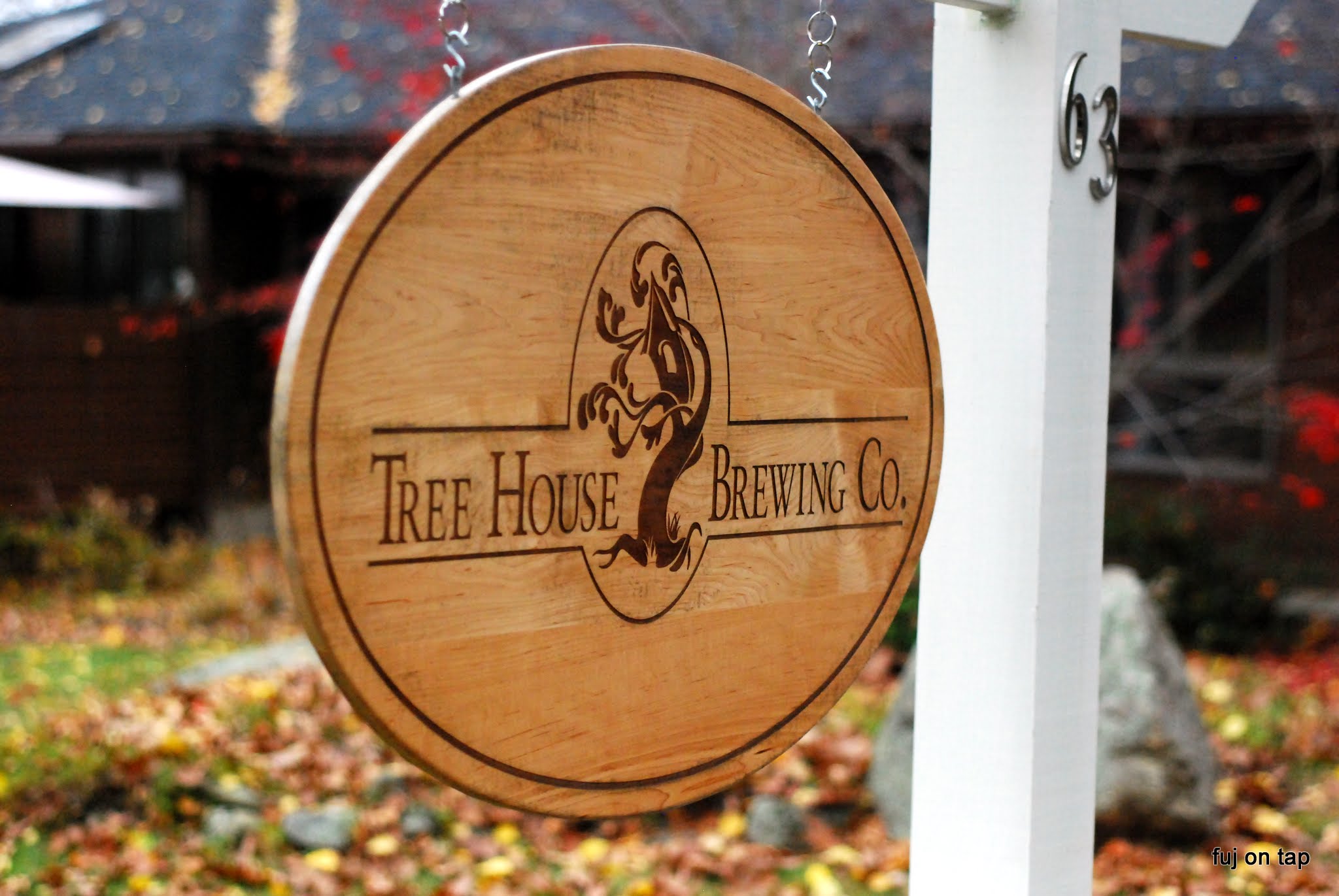 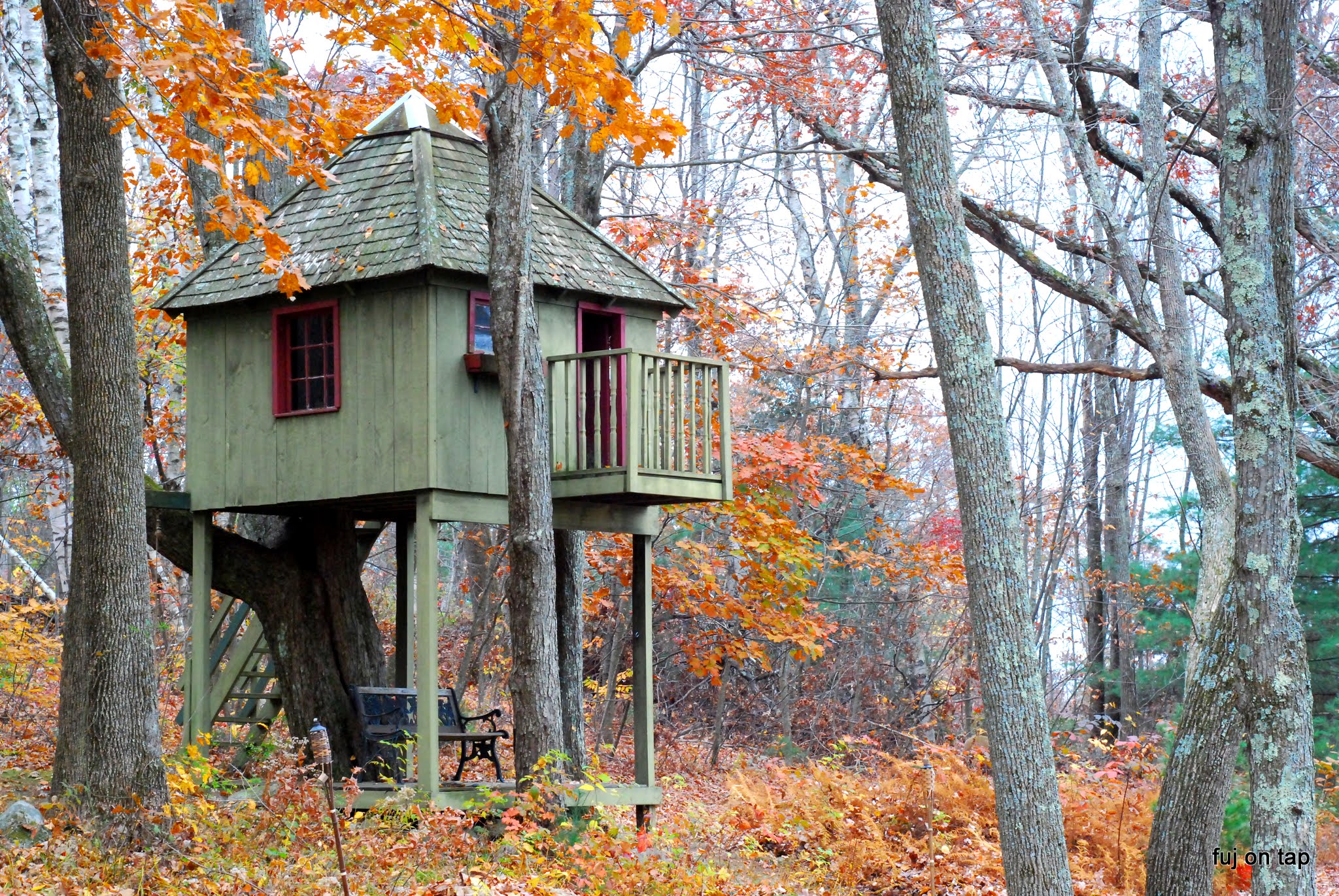 A while ago, I got pinged on Tumblr here from Treehousebrew. I started following them and instantly fell in love with everything they had going on with their online presence, from their logos, web design, and especially their beertography. I was totally geeked out about it. I followed along for a while and finally reached out to them to let them know I was a huge fan, which got an immediate response from the guy behind their pictures and their beer, Nathan Lanier. It was then that I realized they are actually pretty close (compared to some of the day trips Elise and I have done, at least) and was only a couple of hours away in Brimfield, MA, right in between Springfield and Worcester.

Given its proximity to Worcester, I gave Alec from Armsby Abbey a shout on FB to dig up a little info. A couple of other locals piped in, including Paul from River Valley Market and Jeff from Stone, about just how great Tree House was and also a few pointers about making a trip there. My decision was made for me. After a little back and forth with Nate on Twitter, I planned our visit. 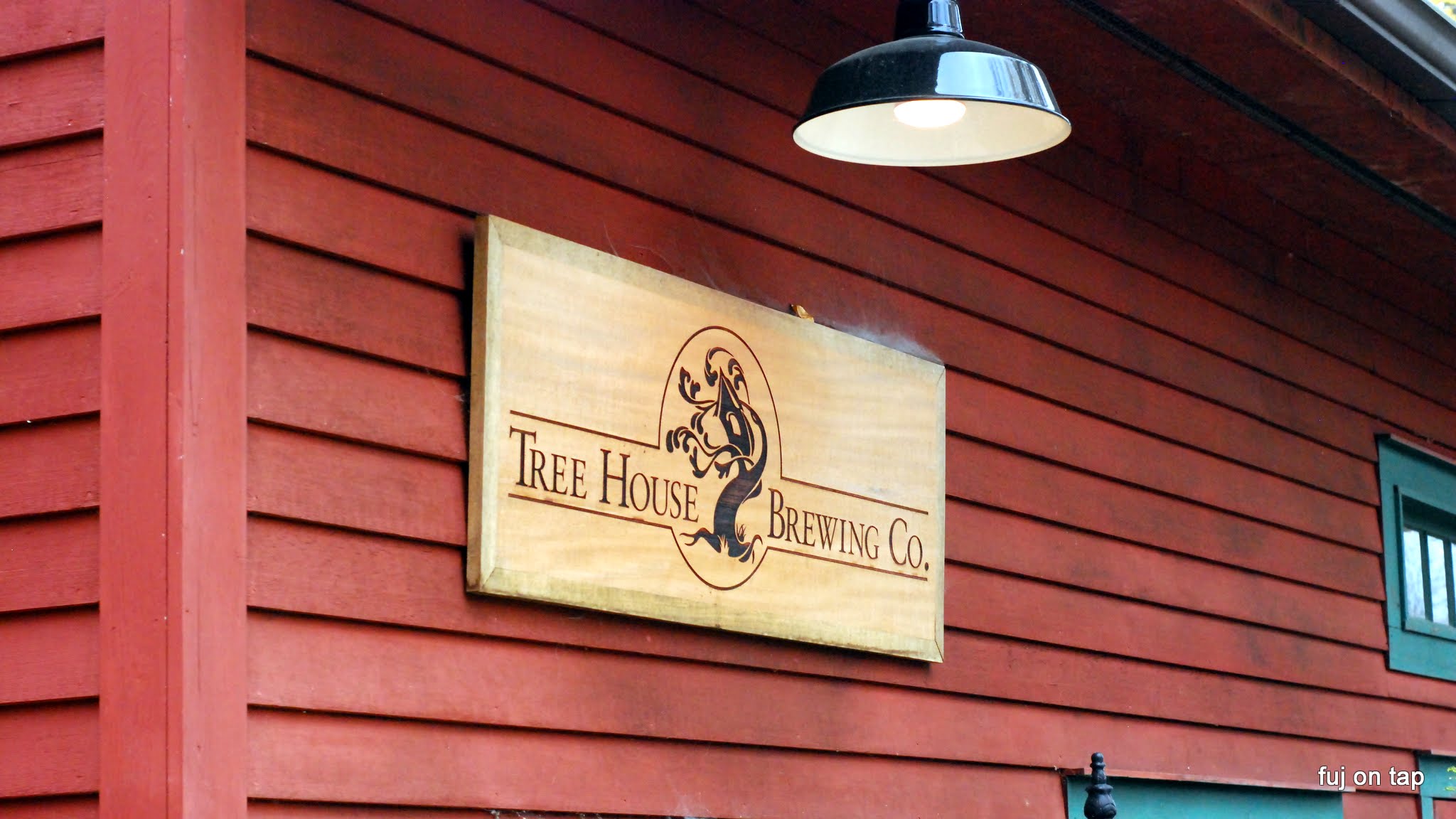 Tree House is about two hours away from the Capital District, and growler fills are available on Saturdays. It may not be the easiest drive for everyone, but I assure you, the trip is worth it. 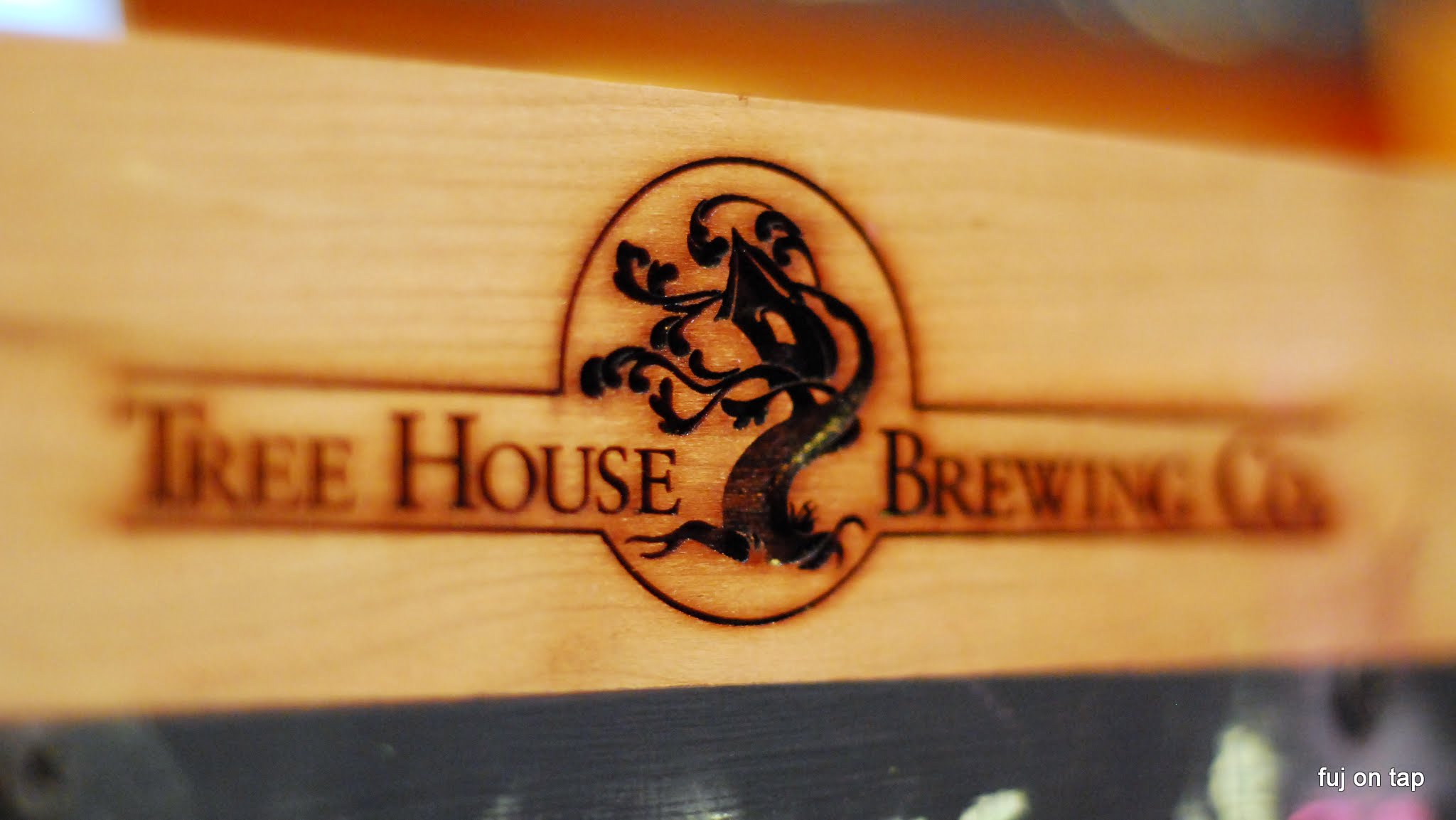 The brewery and retail shop is in a residential area and while I’ve used this phrase before, it’s literally in someone’s backyard. I mean, you pull into the driveway, the (gorgeous) house is on the right, and the brewhouse is on the left. There’s a koi pond with a couple of seats around it, a small gazebo with a fire pit and a few more chairs, a picnic table or two towards the end of the driveway, with a couch and a couple of chairs around a fireplace inside the retail shop. It’s the epitome of “cozy”. 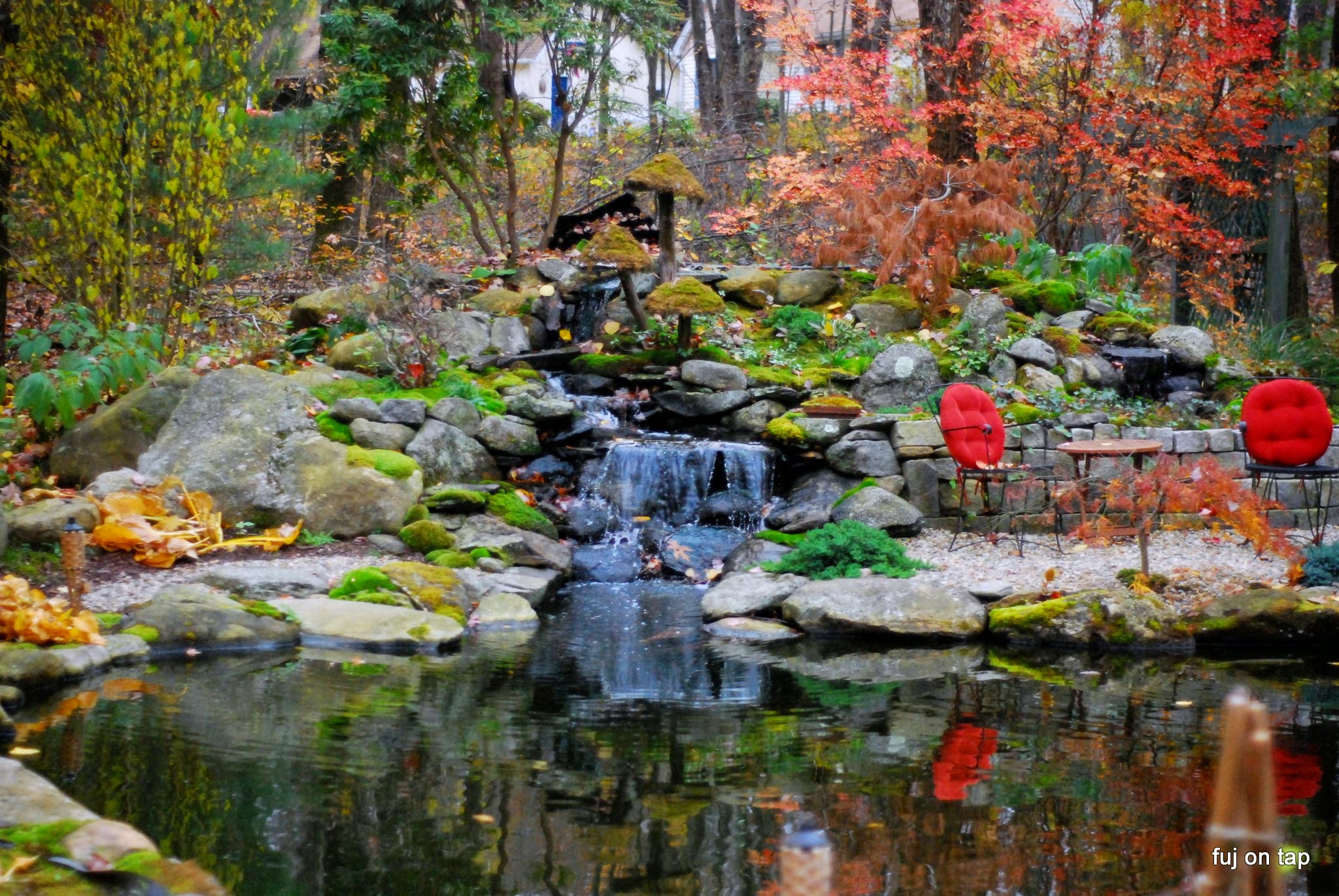 You don’t get the feeling of being rushed like you do at some of the breweries with growler fills. You’re more than welcome to sit around in any of these spots with a few tasters while you wait for your growlers to be filled. It truly feels like you’re visiting someone’s home, not visiting a brewery, and the crew at Tree House is just as welcoming. 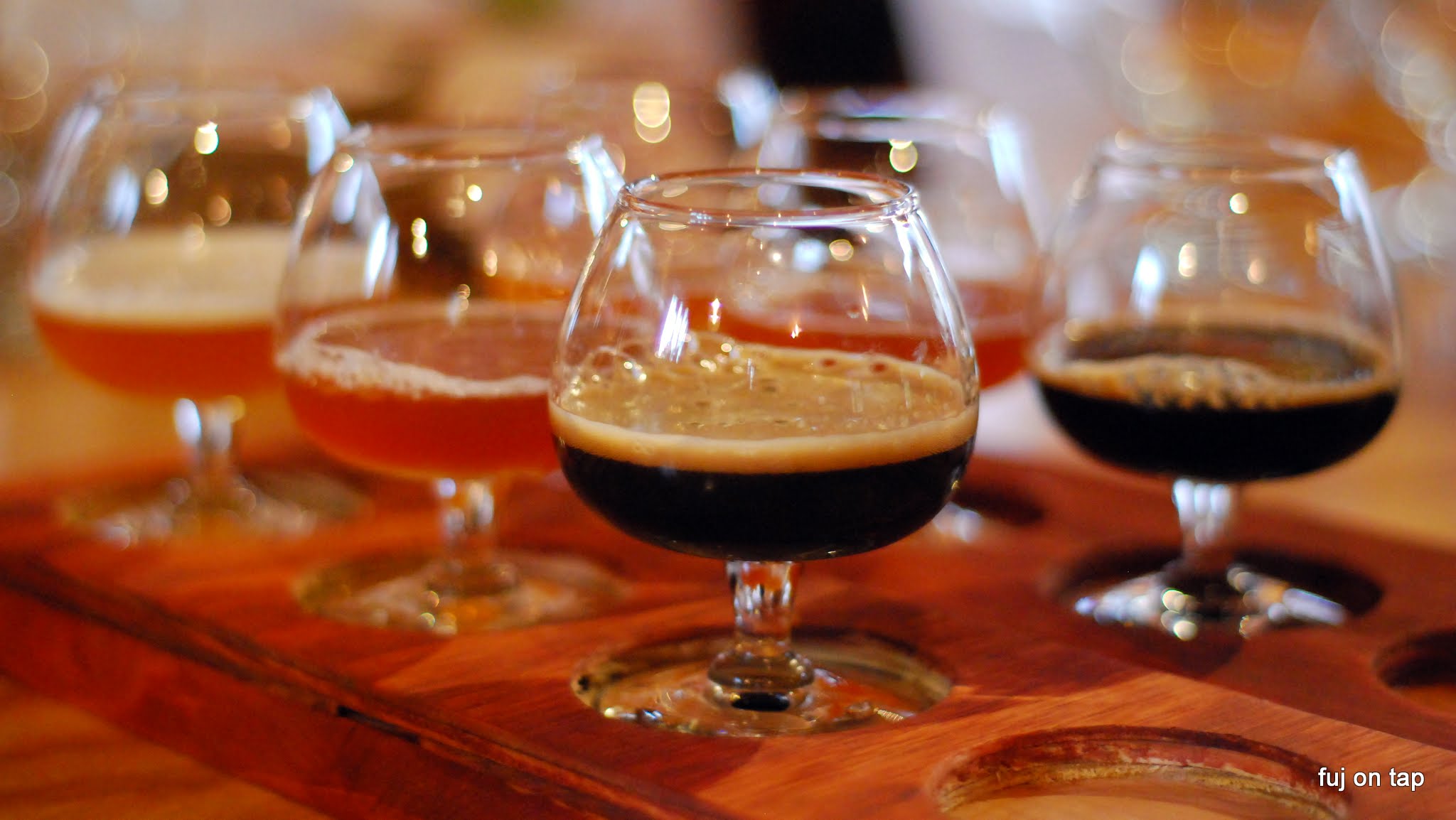 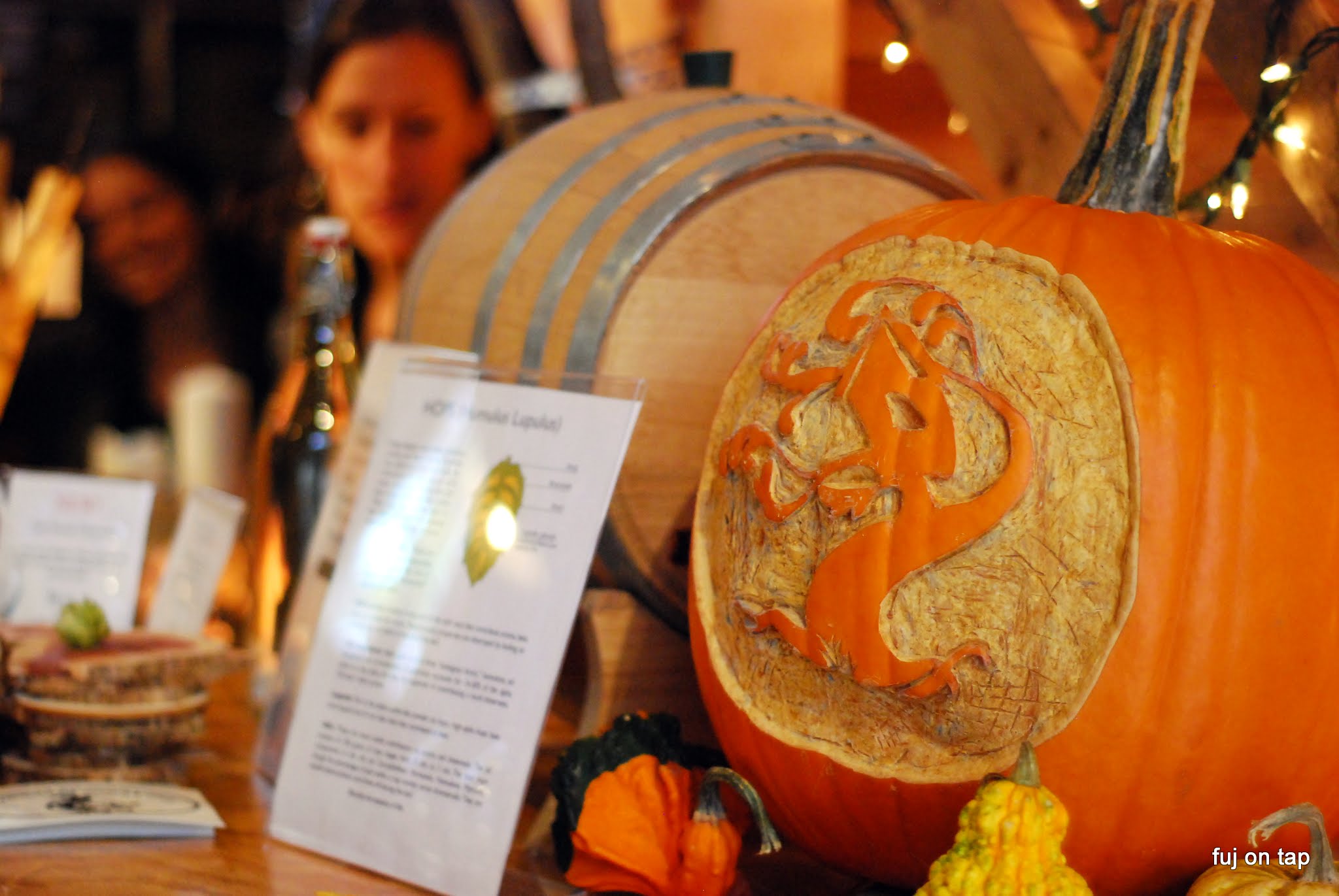 The growlers are slow-filled (as they should be) and they have an adjustment on their taps to switch from filling tasters to filling growlers. That kind of attention to detail can be seen in just about everything Tree House does. We sipped on a few beers while we waited for our growlers to be filled:

Nate was doing his damn thing when we were there, too. With the small system (which is slated for a future expansion) I don’t think there is much down time when it comes to brewing. And I’m pretty sure they sell out of each of their offerings every single weekend, too. So if you’re going to visit, make sure you get there early! 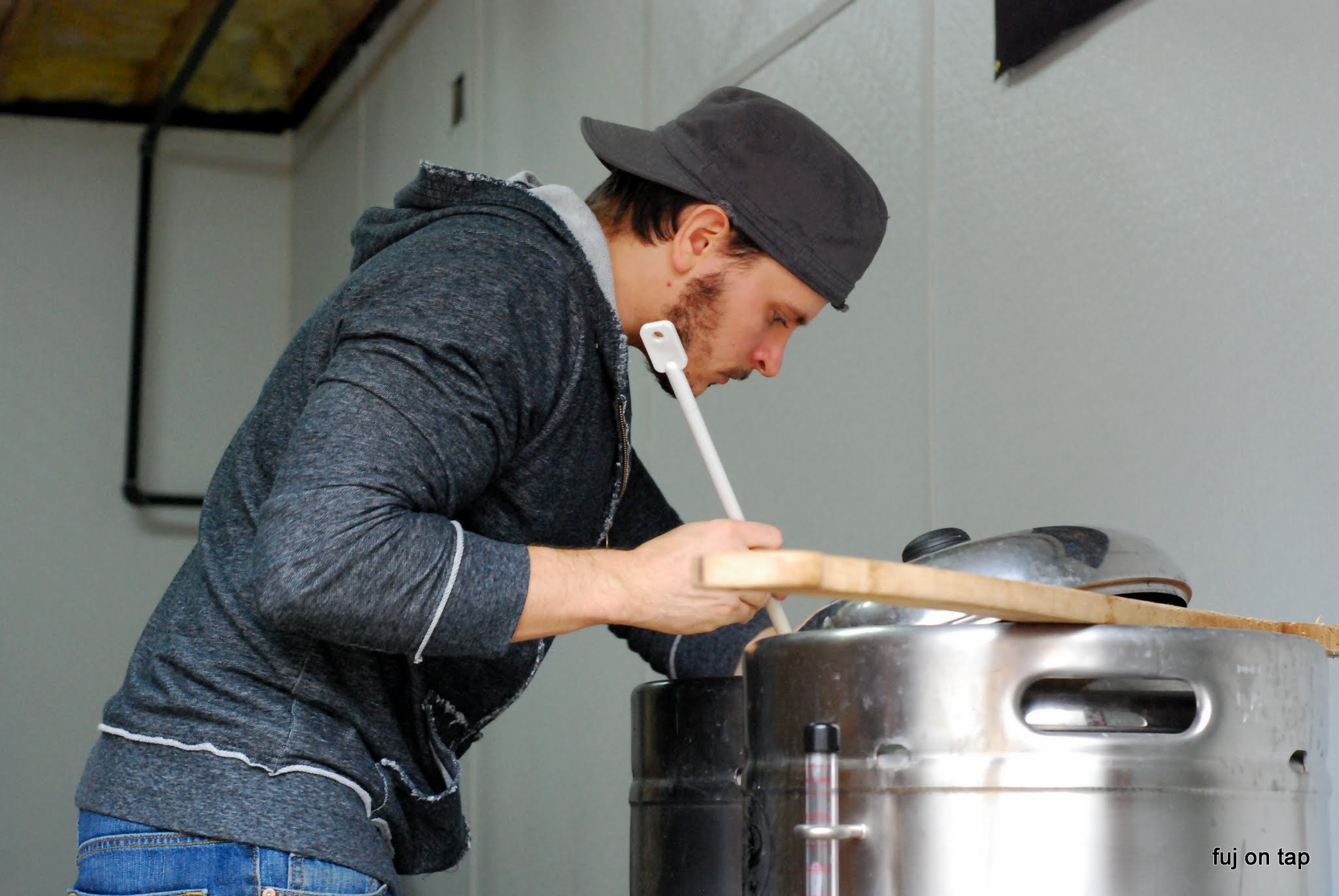 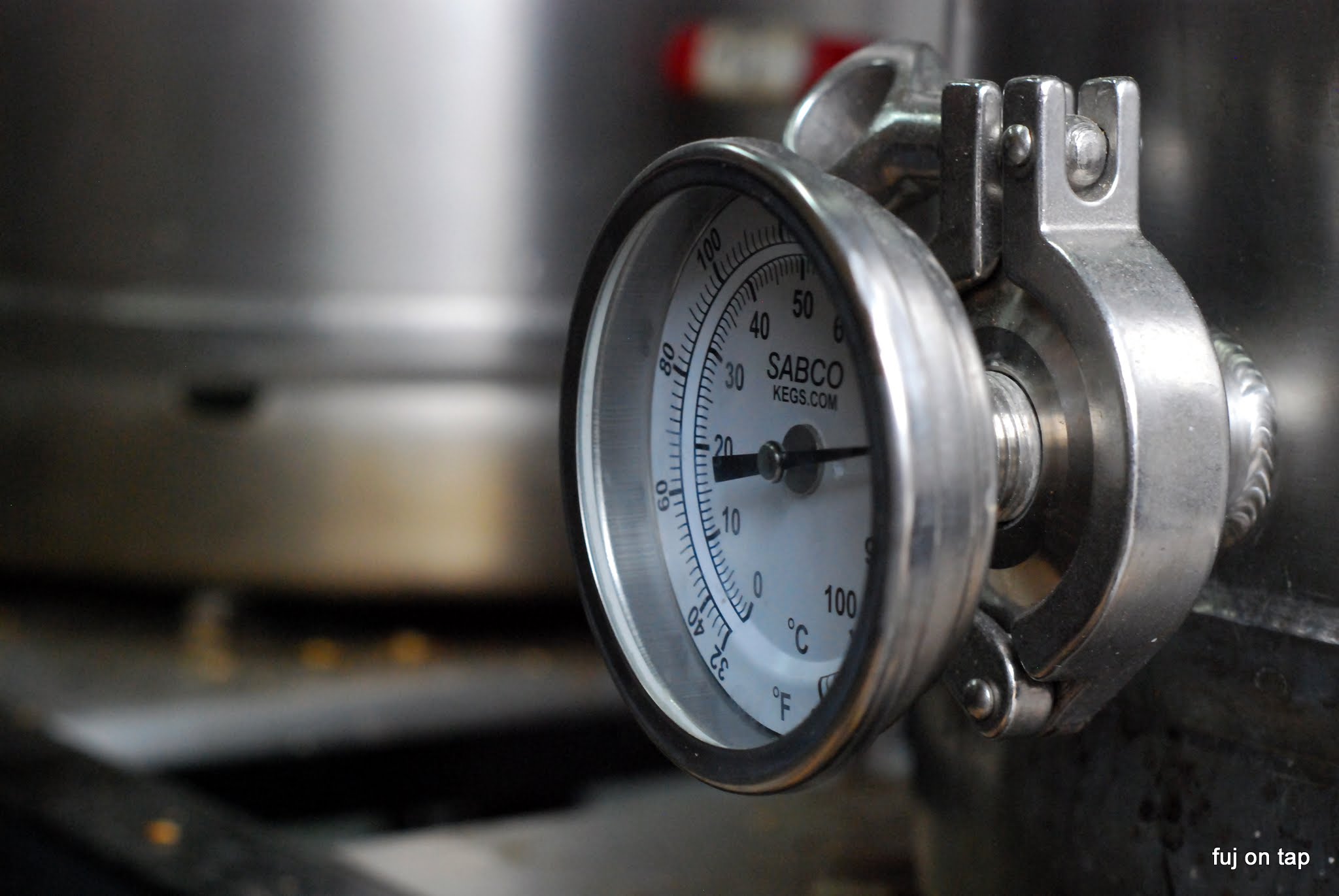 Any of you folks in the Northeast that are within a day trip’s time of Tree House should definitely give it a shot. It’s worth the trip, the beers are great and it’s just nice place to hang out and sip on some brew. Not to mention there’s a couple of great places like BT’s Smokehouse and Cedar Street Grille (which is the only other place to get Tree House) to eat nearby. Before we made our way to our next stop, we couldn’t leave without getting a few things, either. I know you guys have seen me rocking the shirt in Jay’s Supplication video and the glass in a few of my other posts. The Tree House swaaaag: 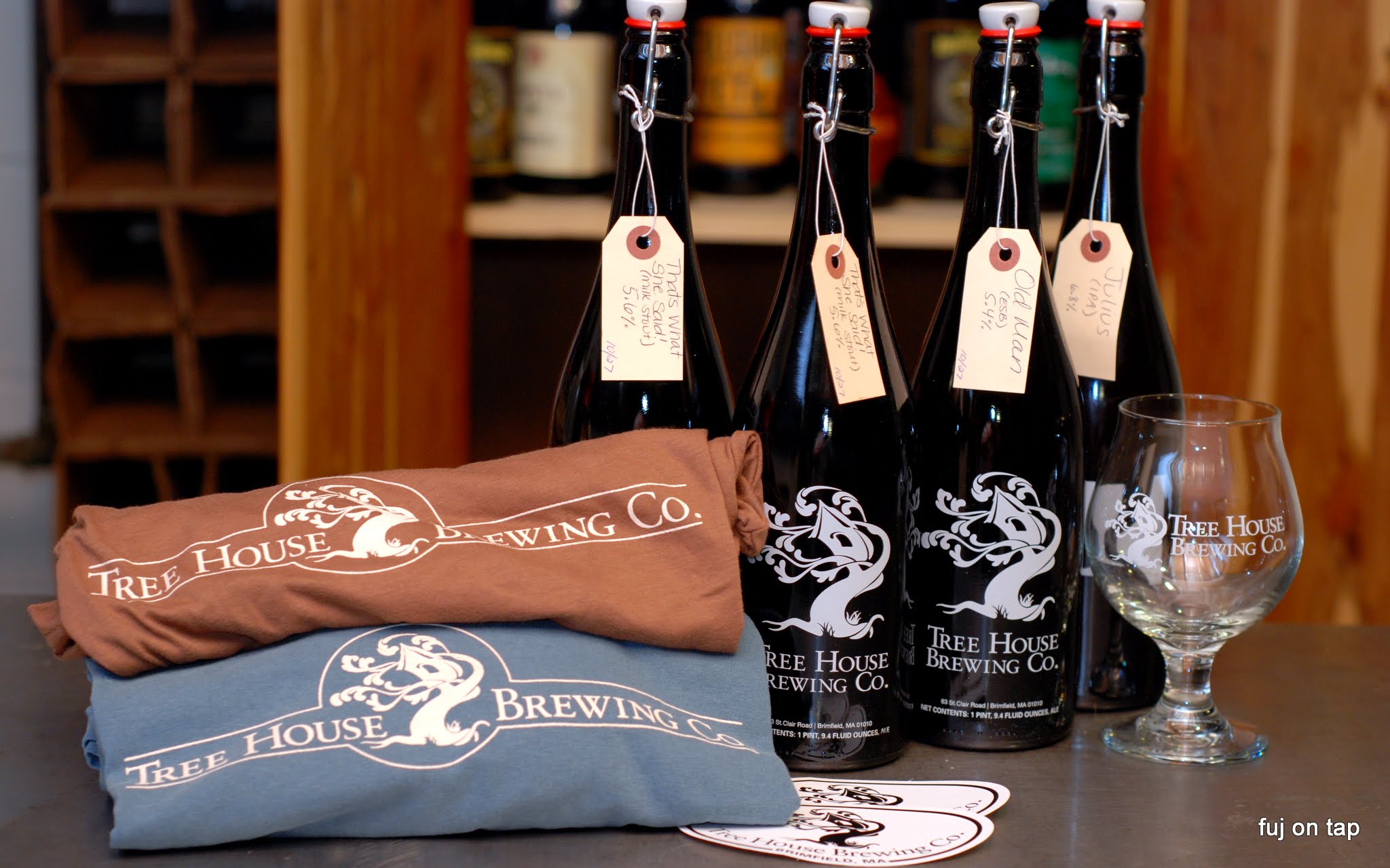 2 thoughts on “A Visit to Tree House Brewing Co.”