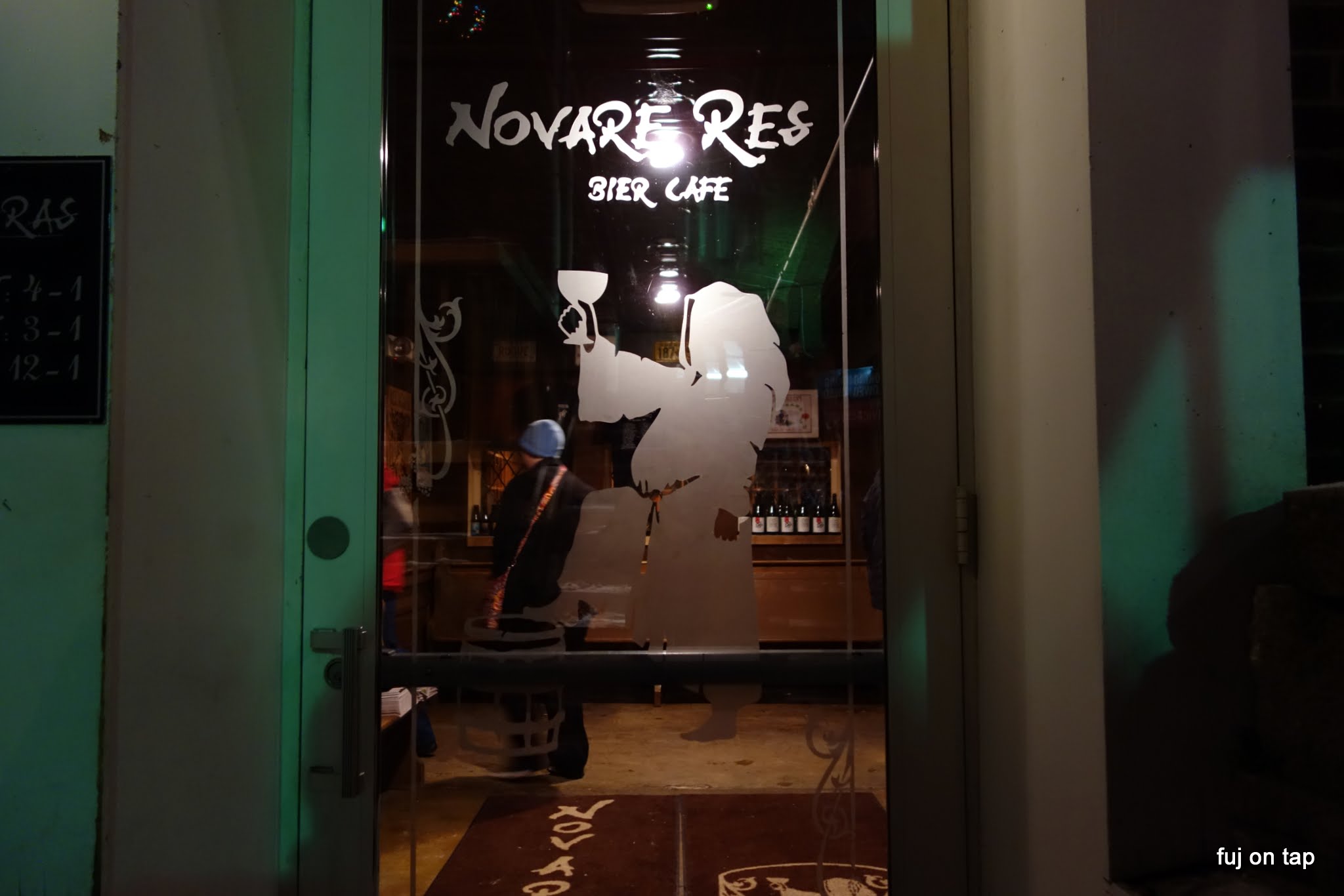 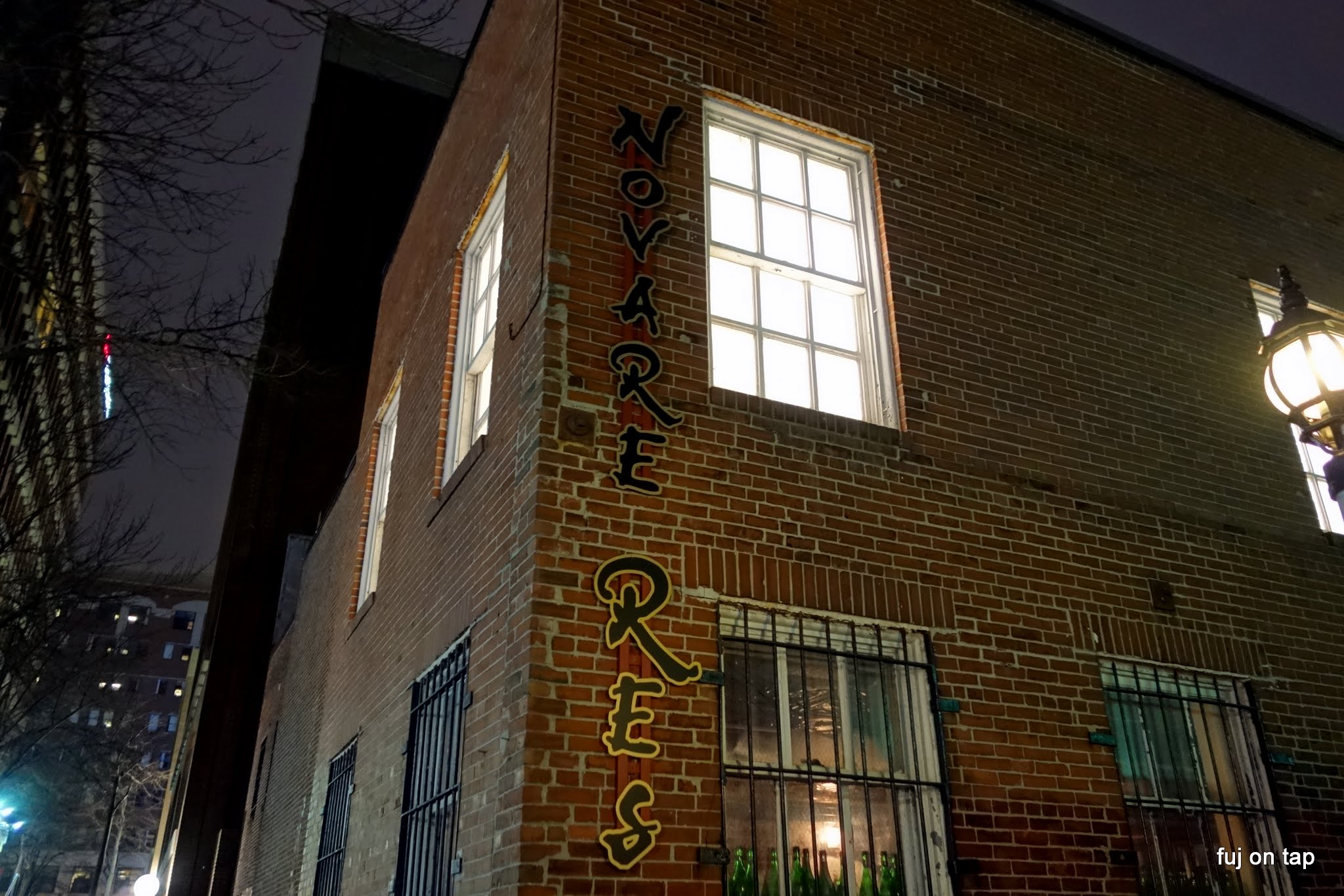 Just got back from a pretty awesome weekend in Portland. I have a TON of pics to post up, but I wanted to get the ones from Zwanze Day up ASAP.

Heading up to Novare Res couldn’t have worked out better. We got there early enough that there were only 10 people in line in front of us (of course Ruth was one of them), got our tickets almost immediately and had just about every Cantillon available that I haven’t had yet. Adam and most of his crew even made it in time to get their tickets as well. 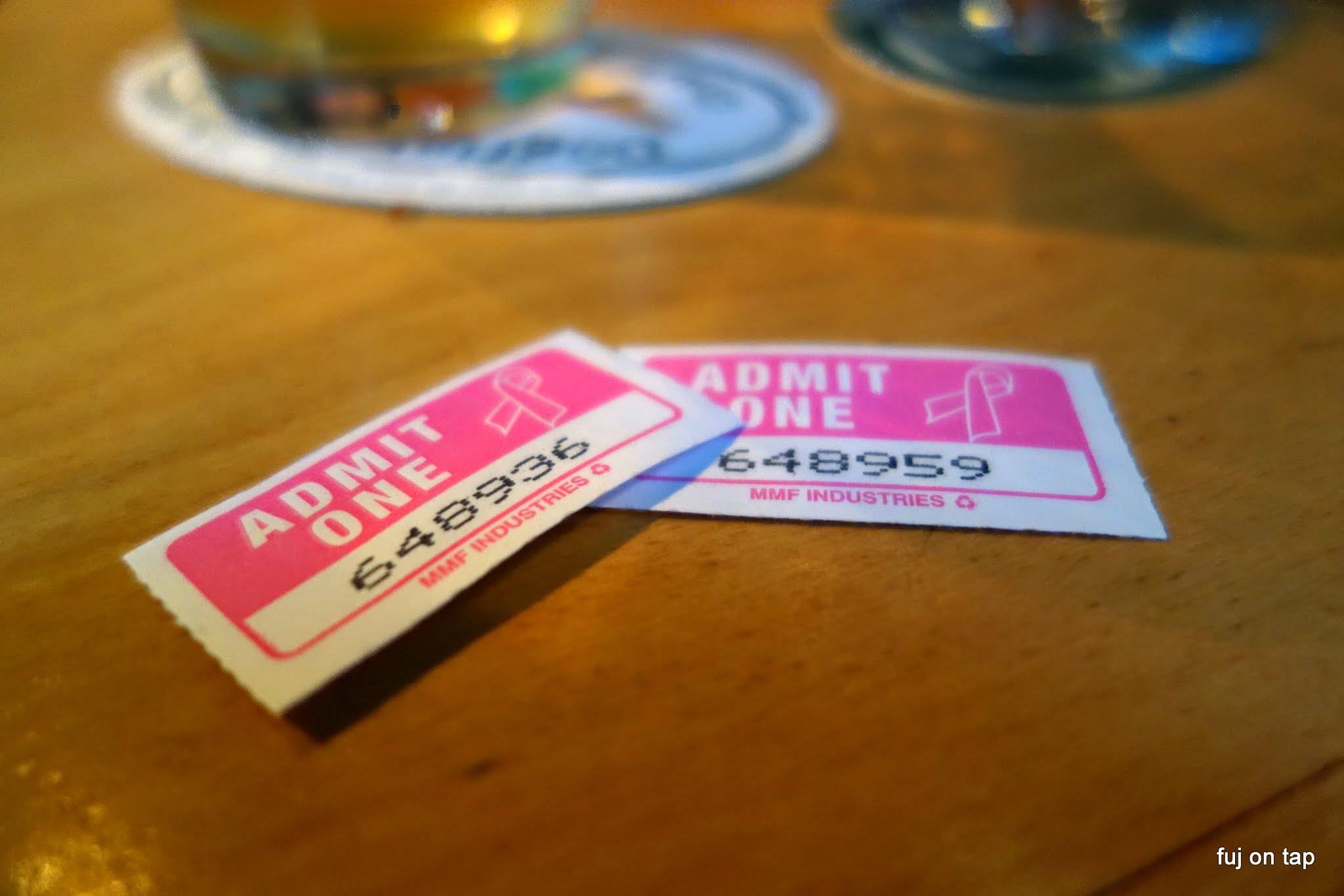 I didn’t know better, so after getting our Zwanze tickets and a couple of shirts, I grabbed a Rodenbach Grand Cru and a Smuttynose Herbaceous while we held down the table and waited for Adam, Eliz and crew to show up. 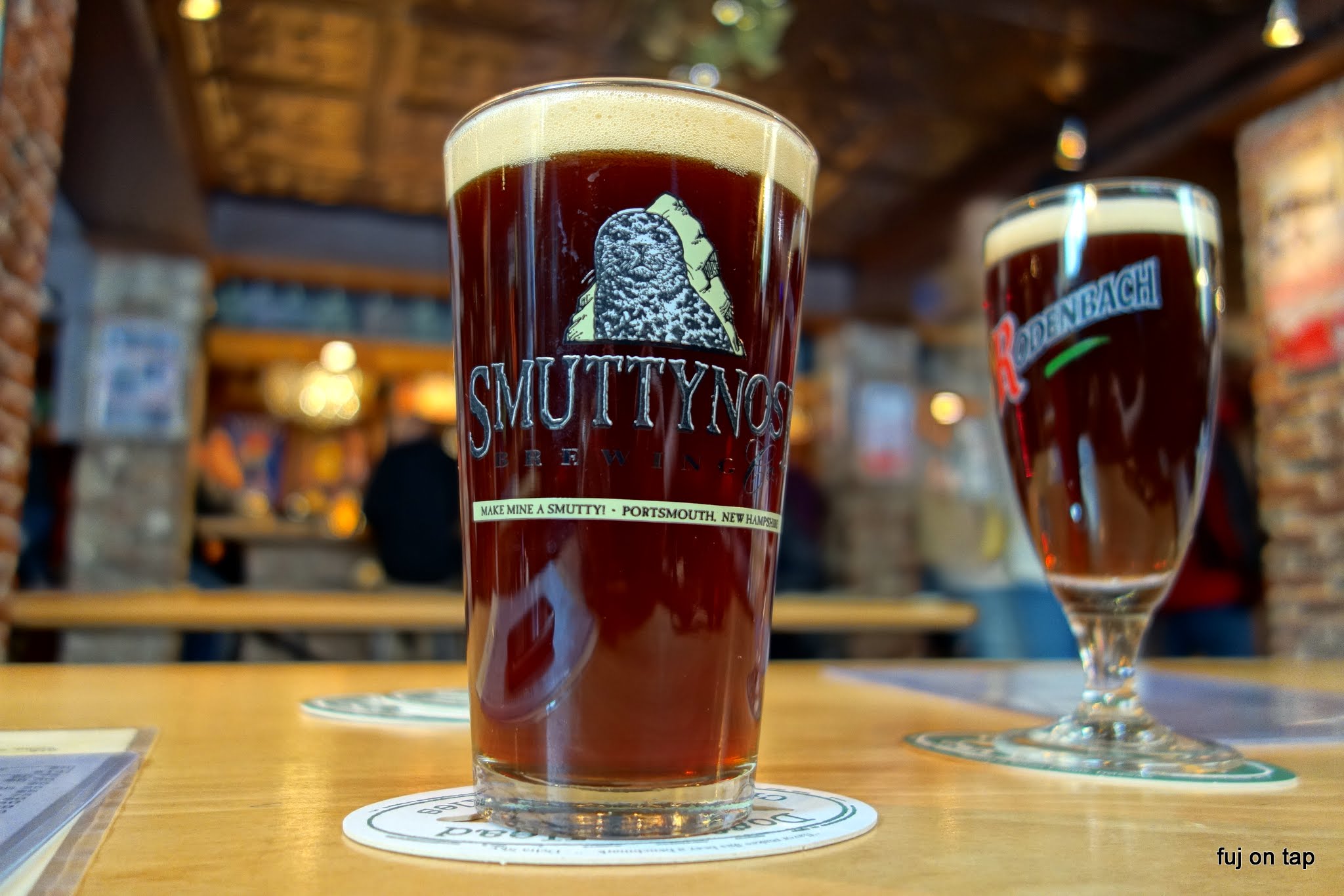 The bar was hopping from the very beginning of the day and it didn’t cool off until well after Zwanze was kicked and Mamouche was flowing. 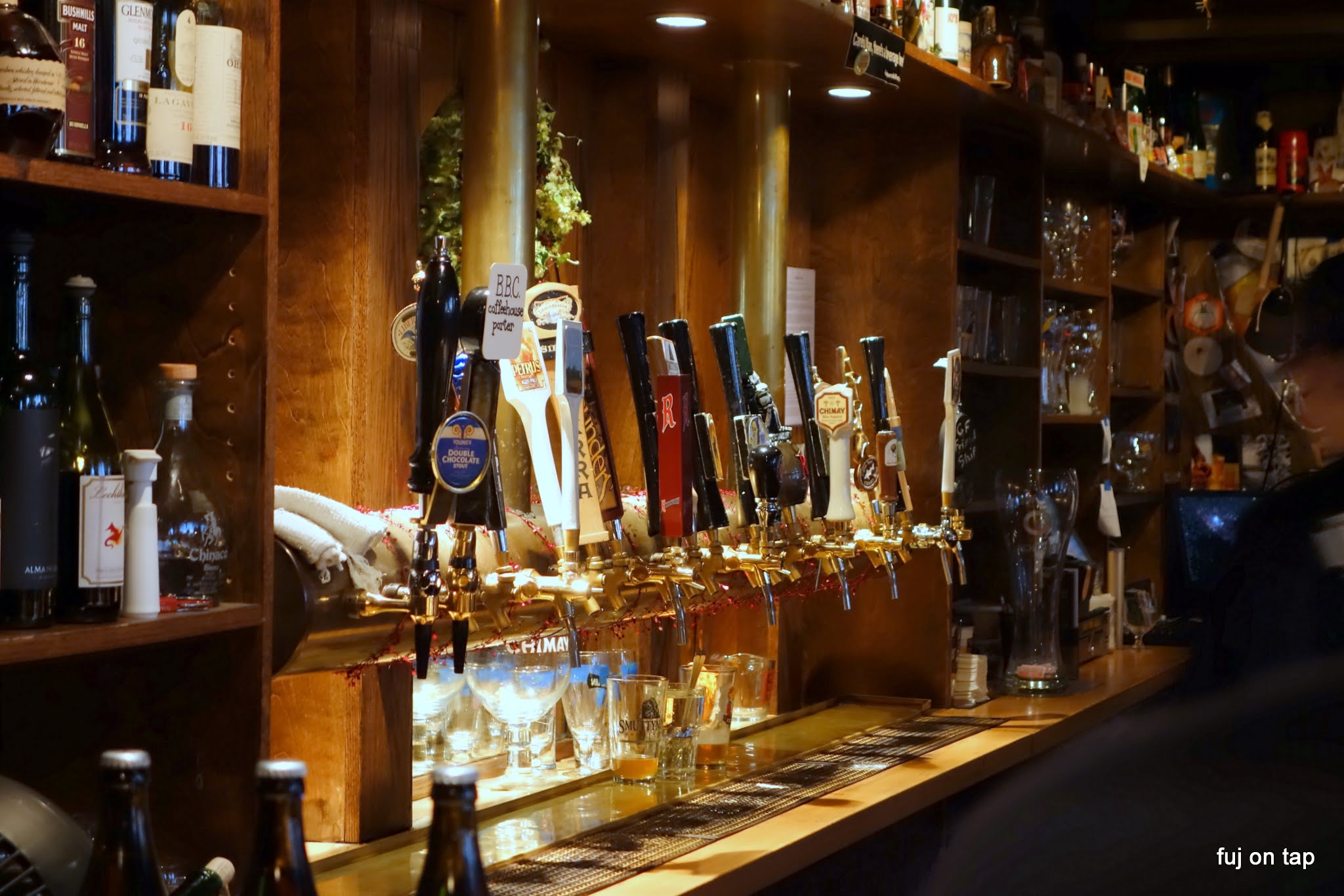 There was a very cool room off to the side with some nice couches and an insane amount of Cantillon bottles along the shelves. Every single one of these were dead Loons:

I got back to the table and did a little more reading on the beer menu. They were already pouring the Cantillon Single Barrel 2 Year Lambic, and I had somehow missed it. I immediately got up to grab a couple of glasses and left the Smuttynose and Rodenbach to wait until later. 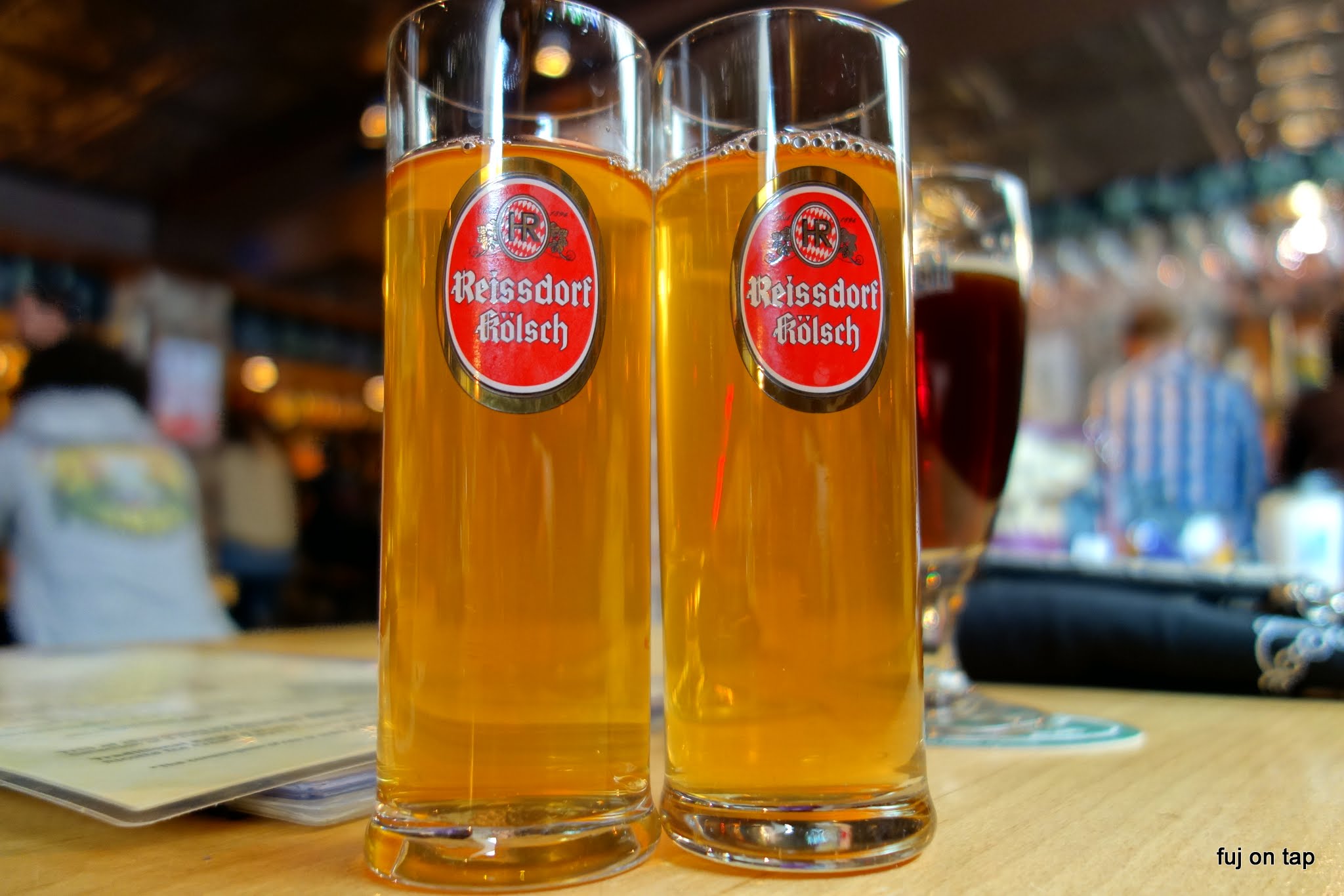 Hold up, I read the menu wrong AGAIN. They also had some Zwanze (2010) Blanche de Quenast left. Only 5 bottles total were being opened which meant it was going to go quick. I went and grabbed another two, of course. We got the last of the 3rd bottle and some of the 4th. I poked Ruth real quick to make sure she got some and the 5th bottle kicked shortly after. 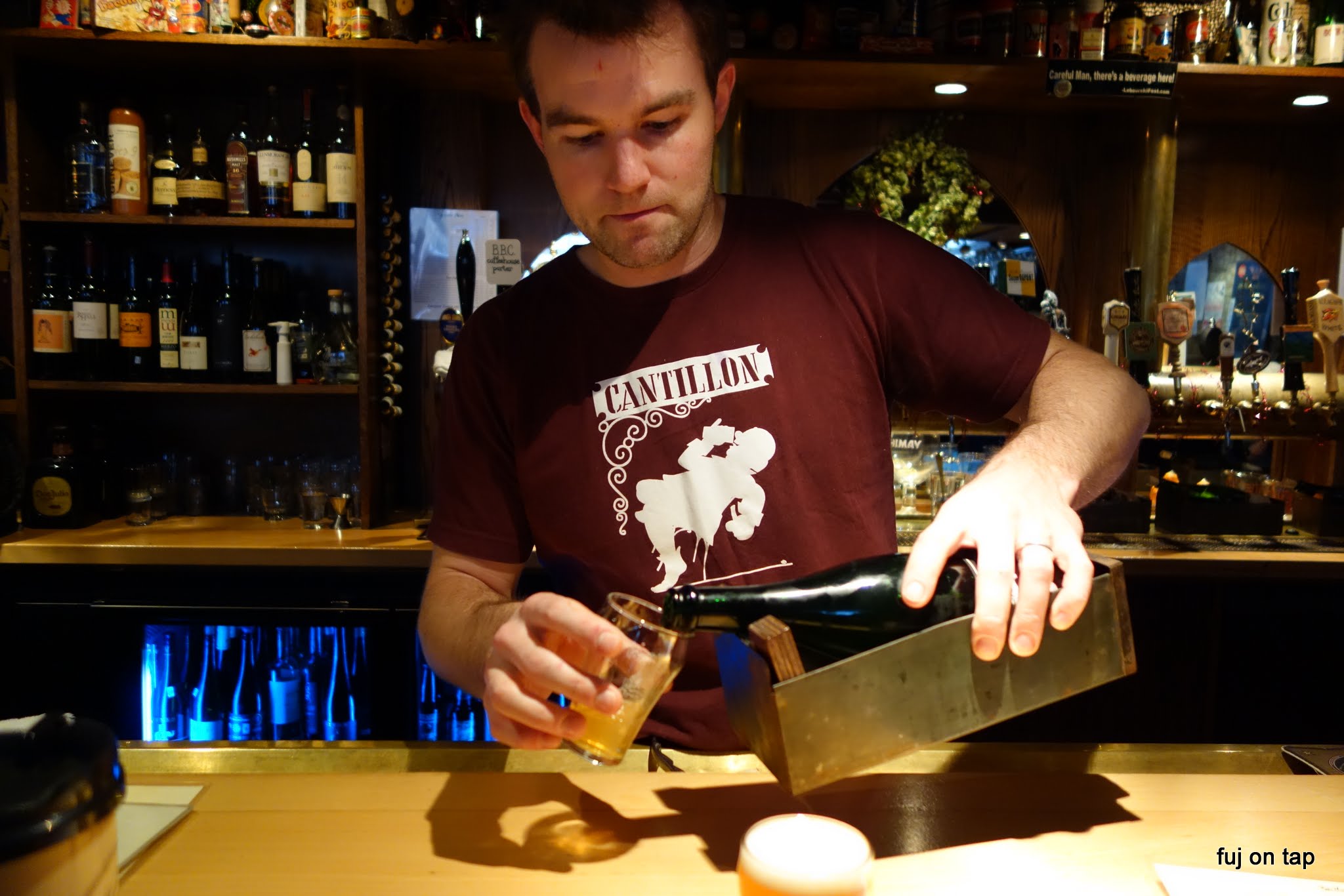 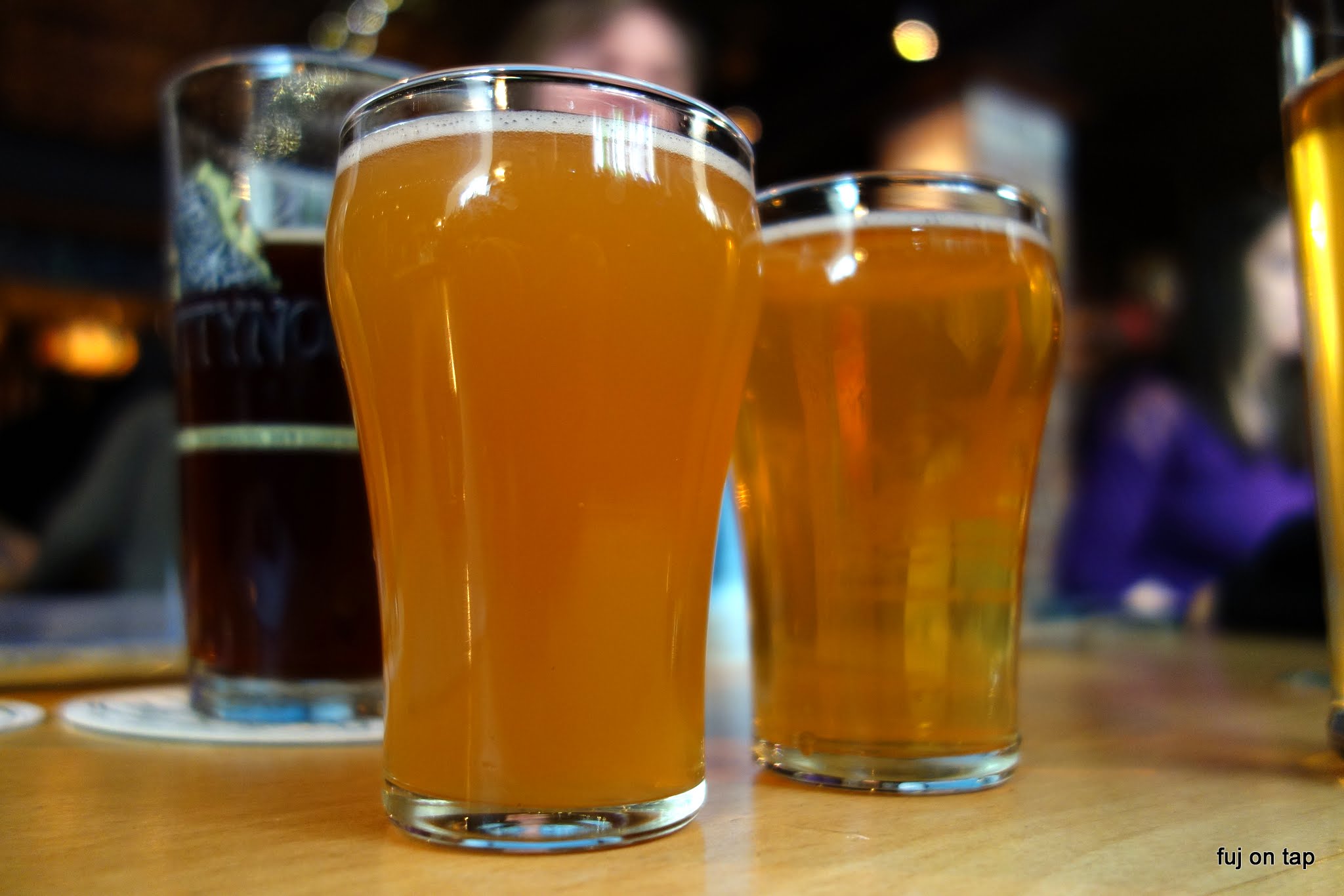 We had a pretty epic breakfast at Hot Suppa, but at this point, with this many beers, some grub was in order. Elise got some pasta with alfredo while I grabbed sausage plate with kraut that really hit the spot. The table next to us got this impressive cheese and charcuterie plate that I couldn’t help by try to grab a pic of: 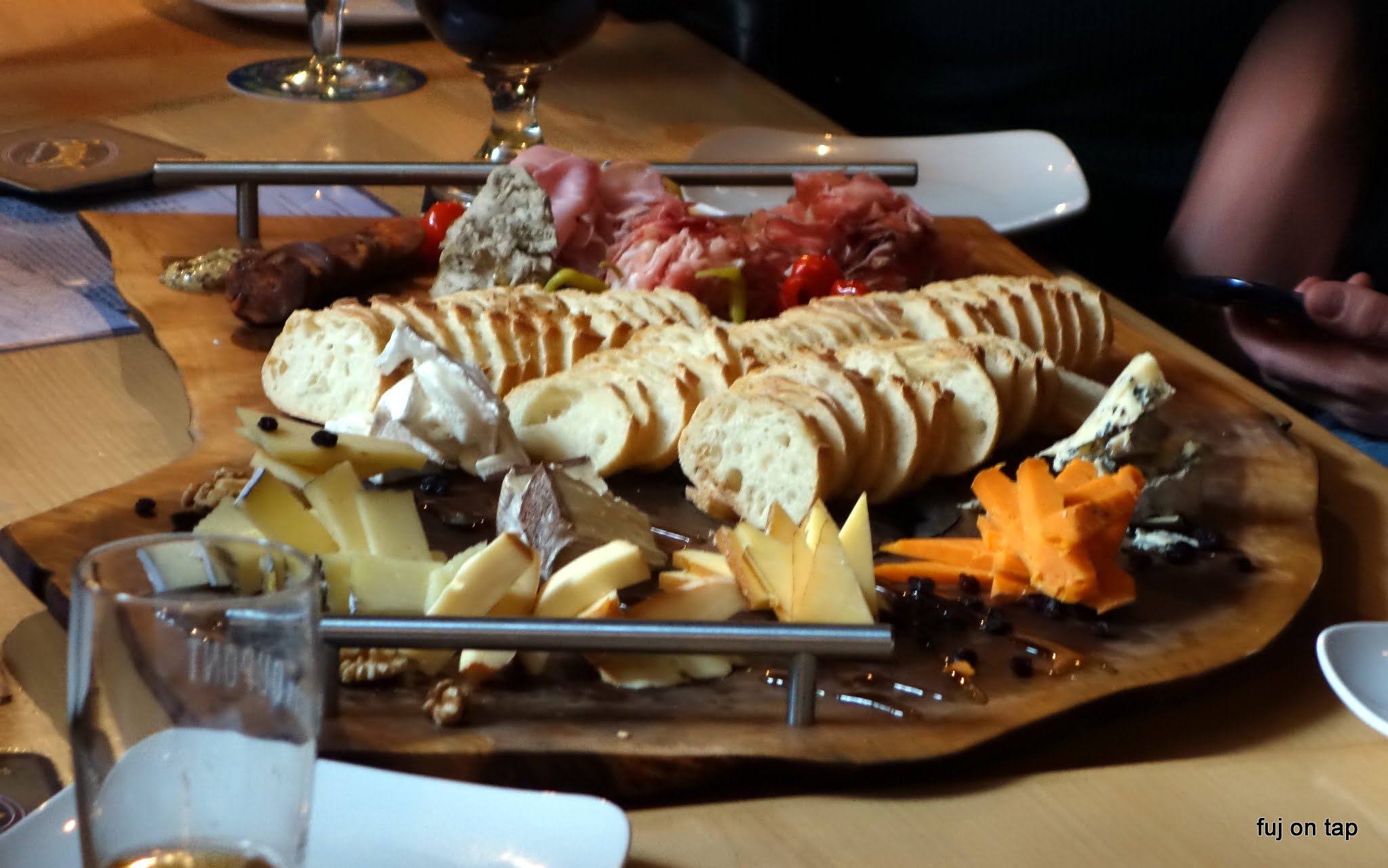 Lunch was accompanied by some great bottles Adam chose: 2008 Pannepot Reserva and 2005 Pannepot Grand Reserva, both from De Struise Brouwers. Absolutely phenom, both of them, and I would never have thought about grabbing the bottles. Thanks for sharing them Adam! 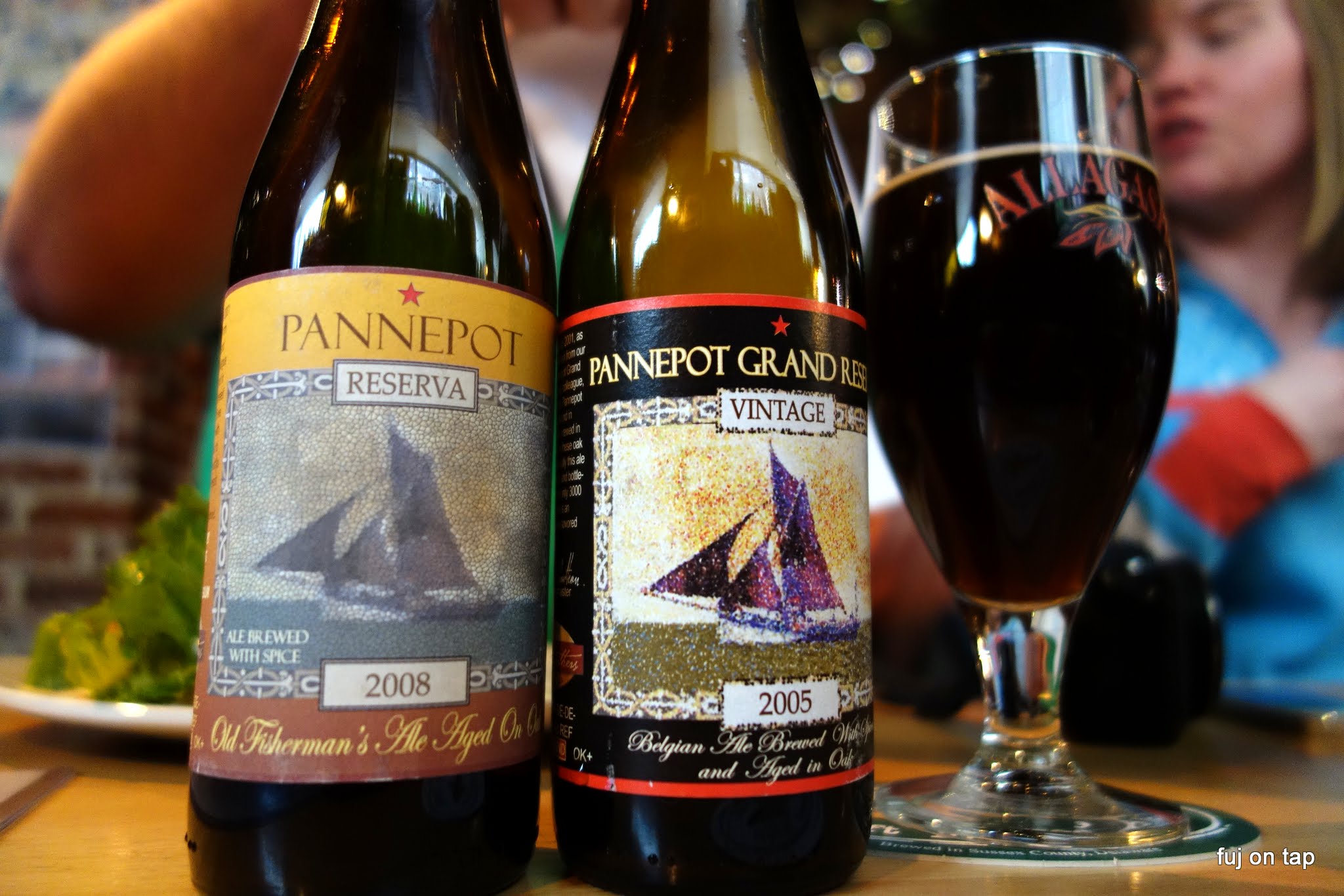 I also wanted to order a bottle of the Cantillon Iris, but was waiting until after we got our Zwanze. In the meantime, Adam ordered another killer bottle: 2008 Ommegang Bier de Mars (Batch 2). I had this over the summer with Jon and was a big fan. At $18 for the bottle, it was hard to pass up. 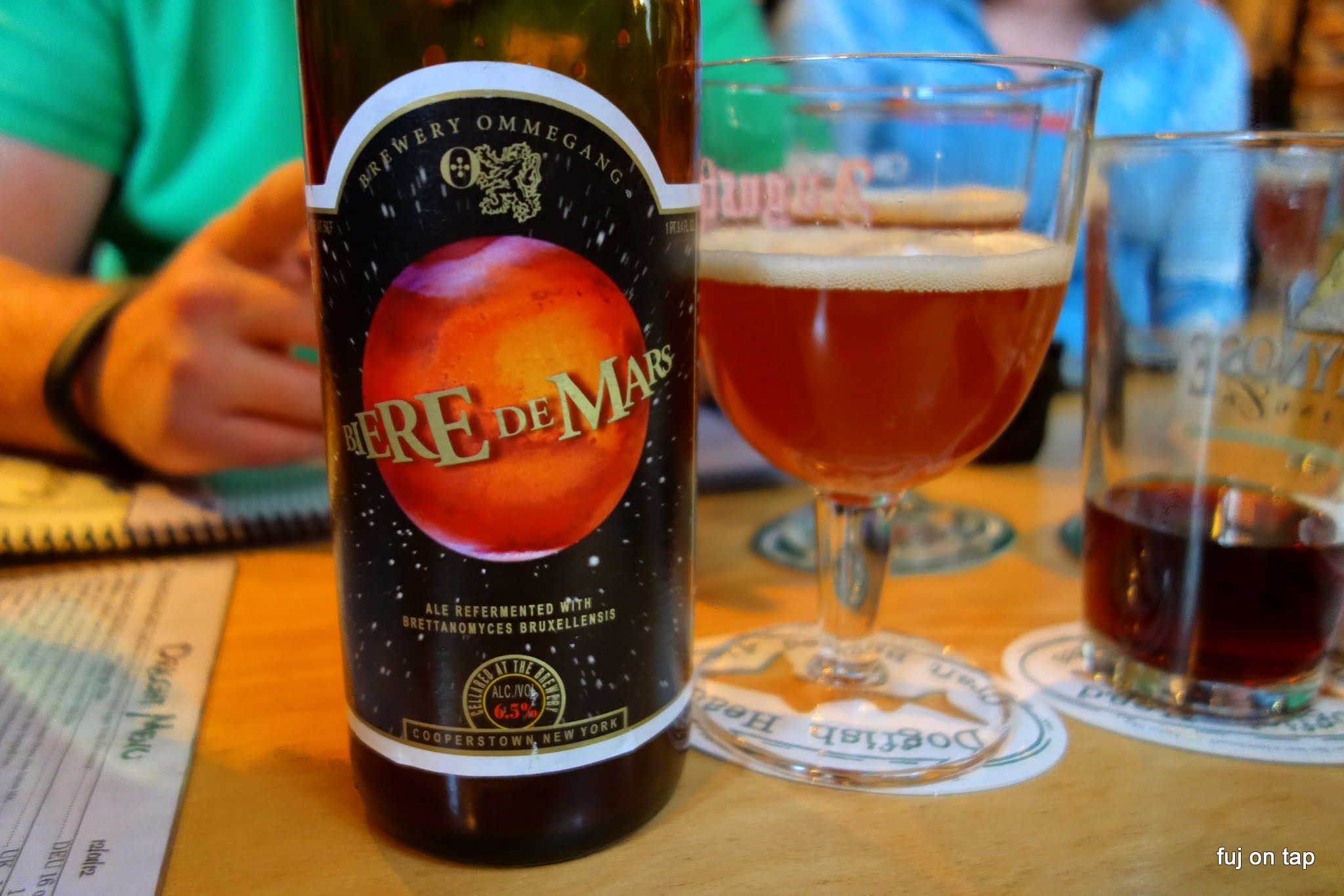 At about a quarter of three the place really started to pack in with the anticipation of tapping Zwanze. 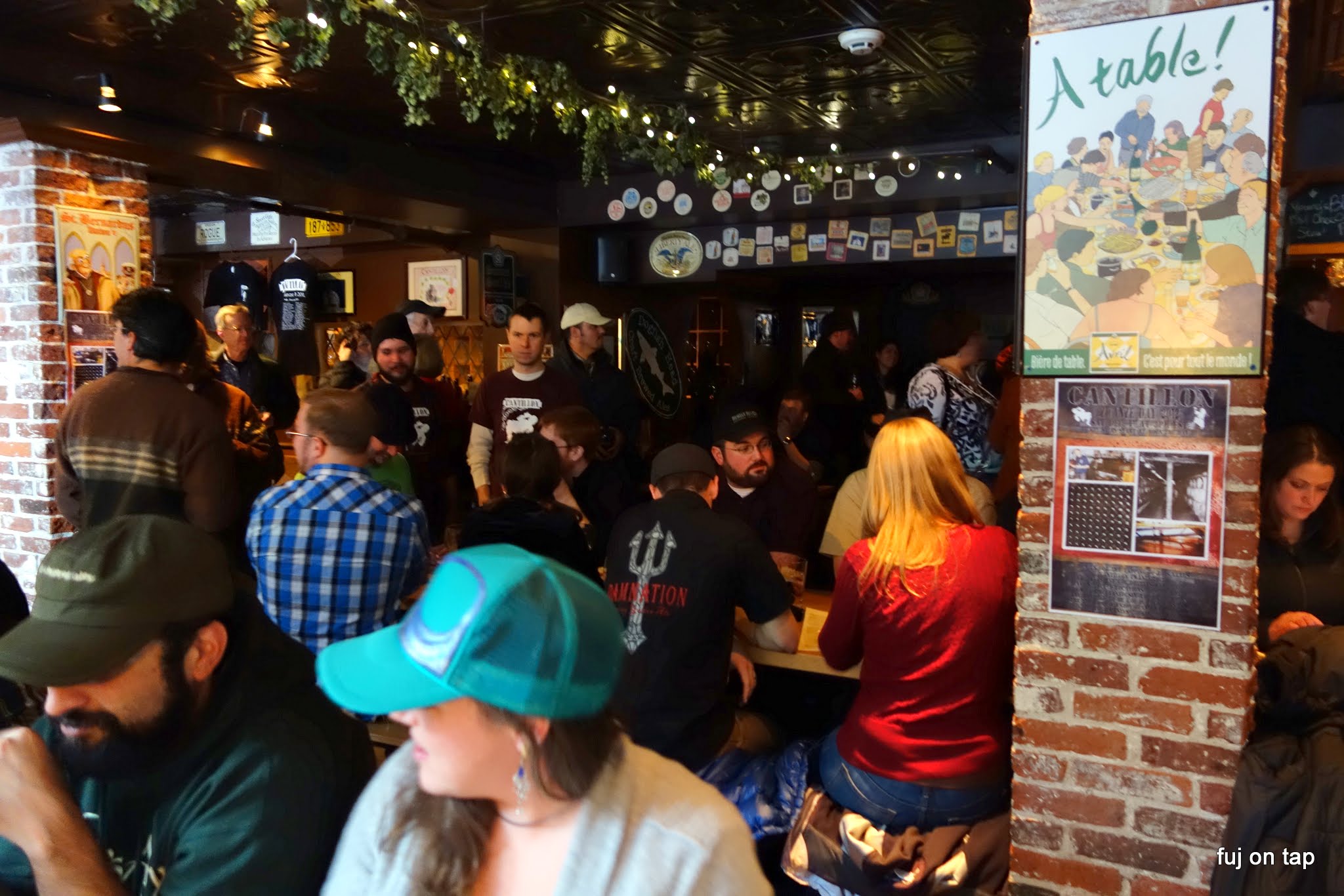 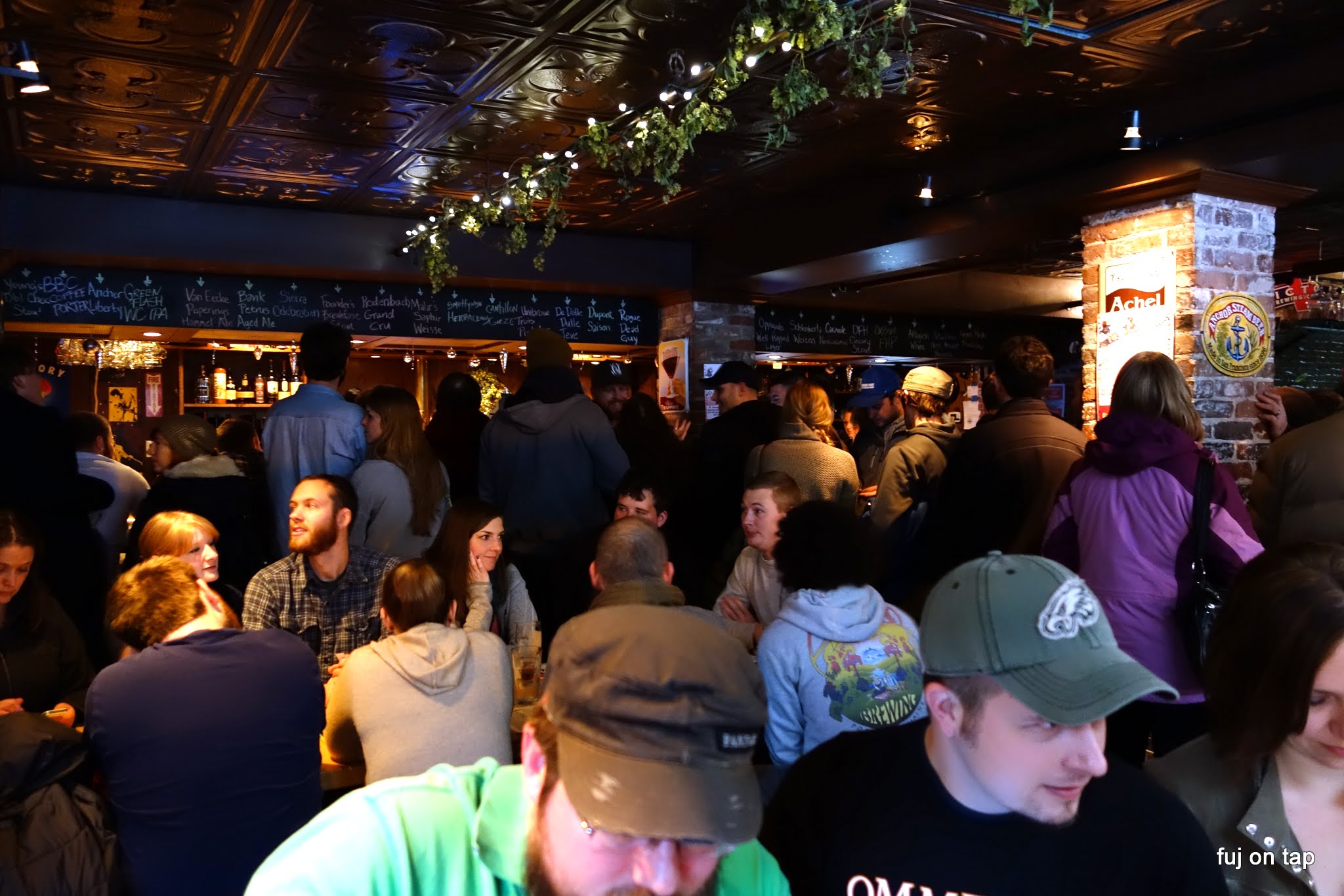 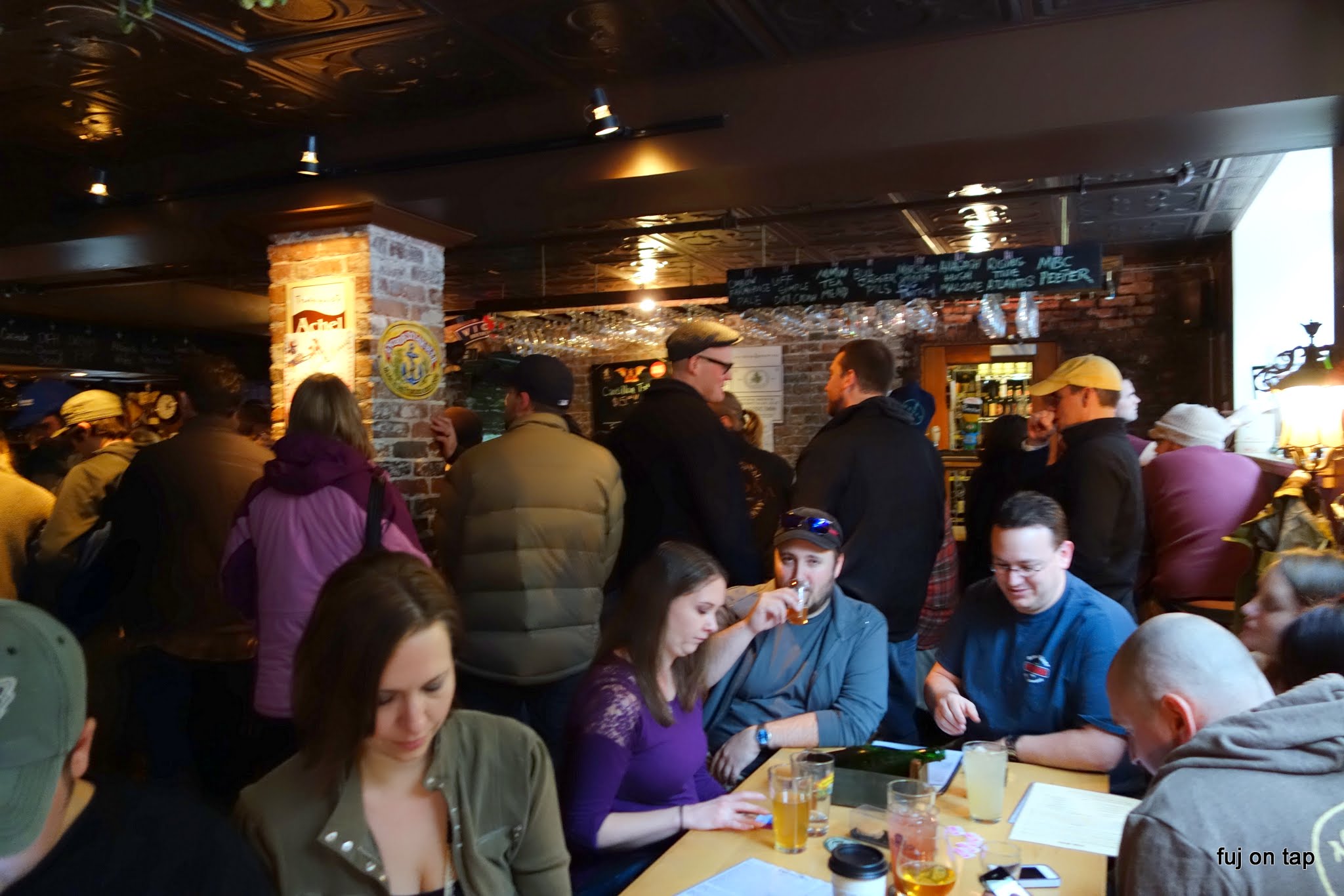 And finally after a grand introduction, we had Zwanze! 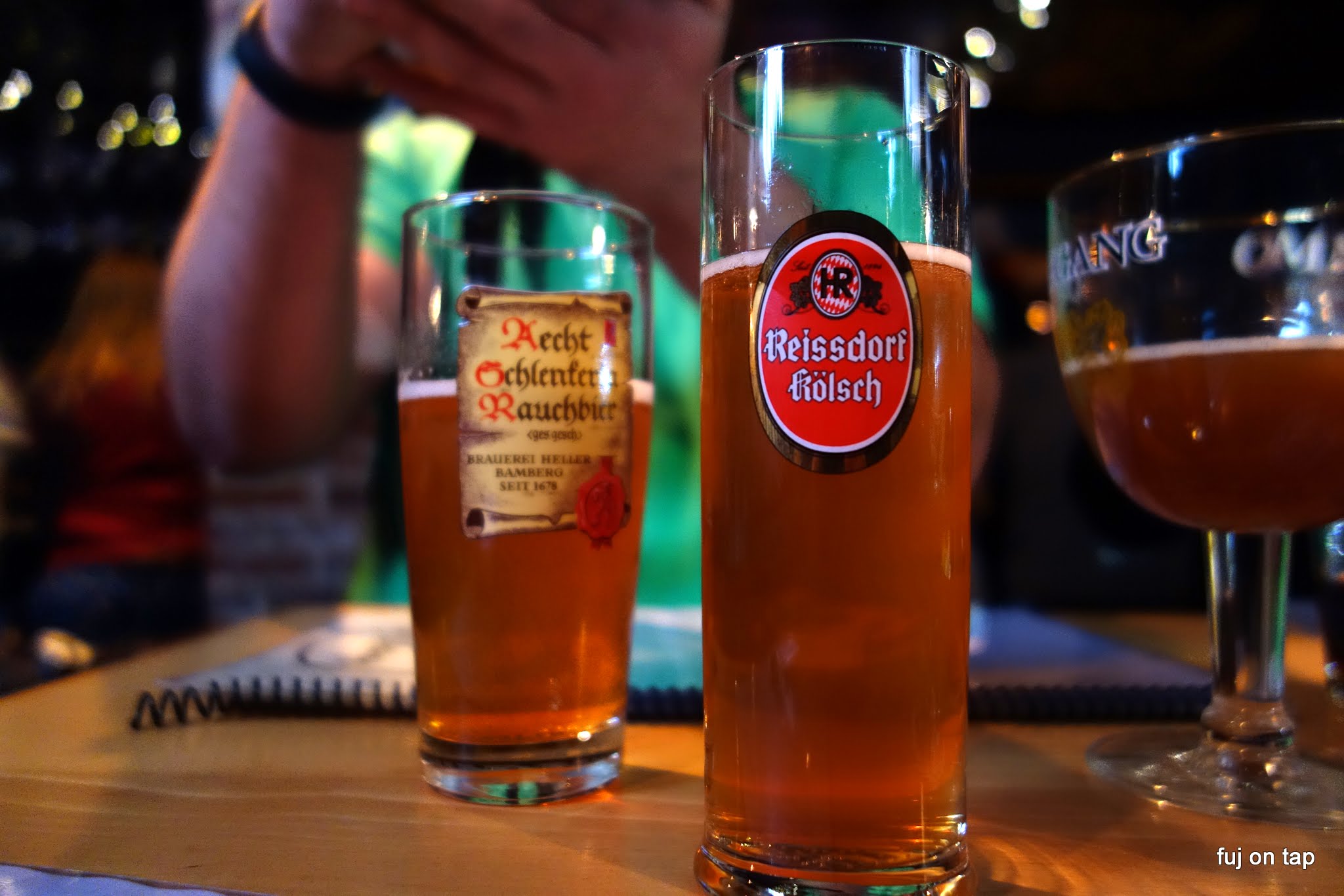 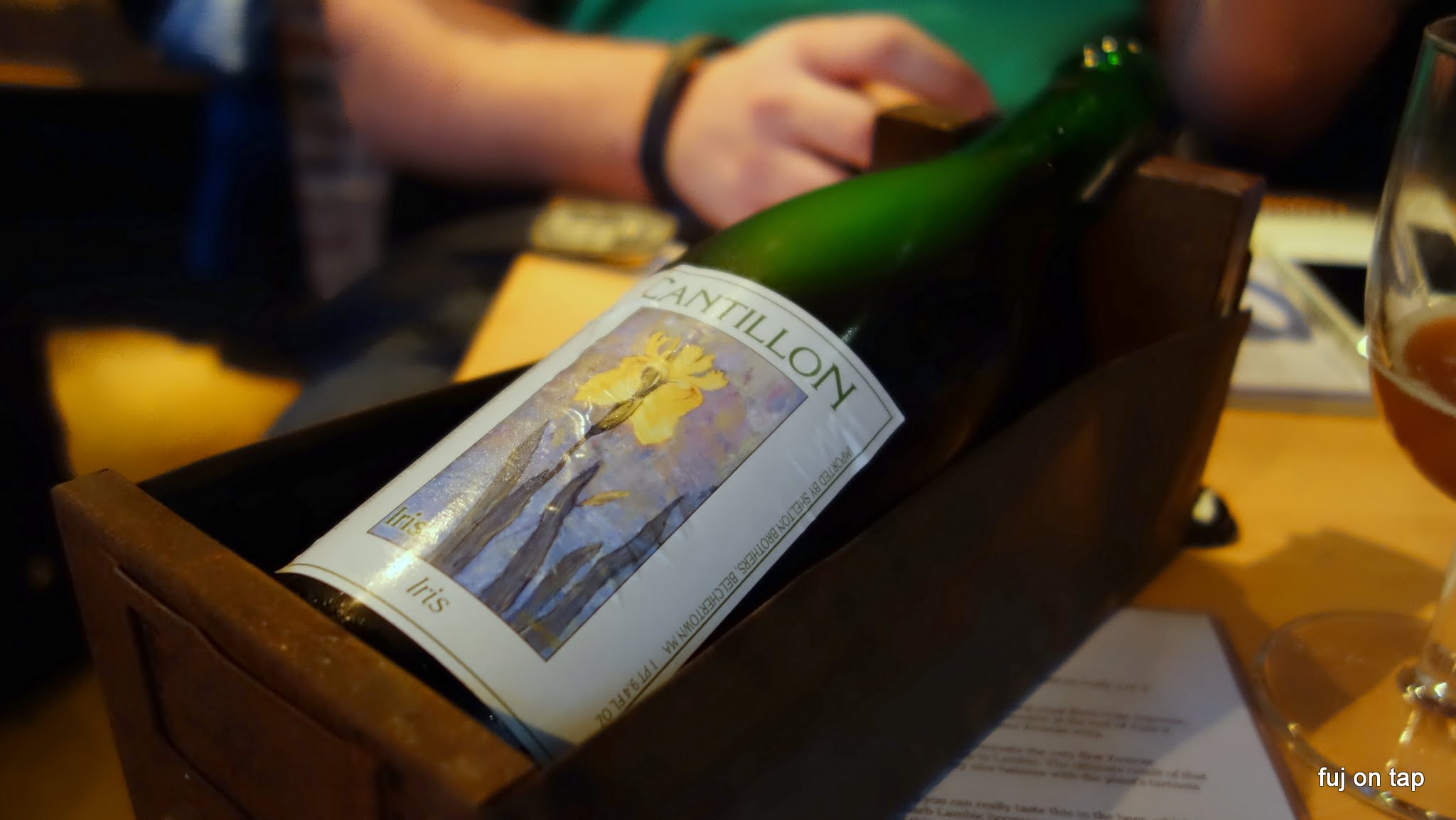 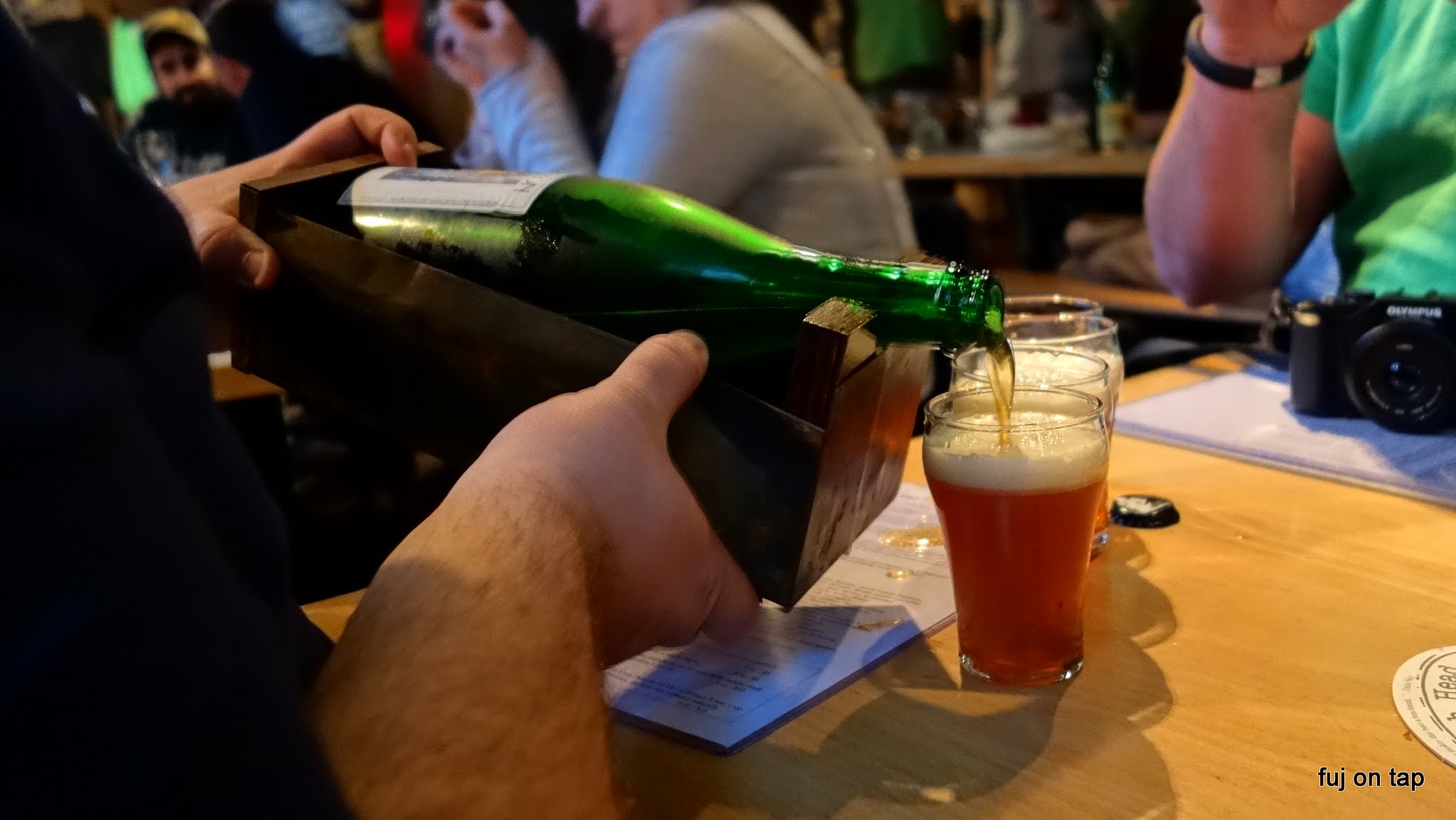 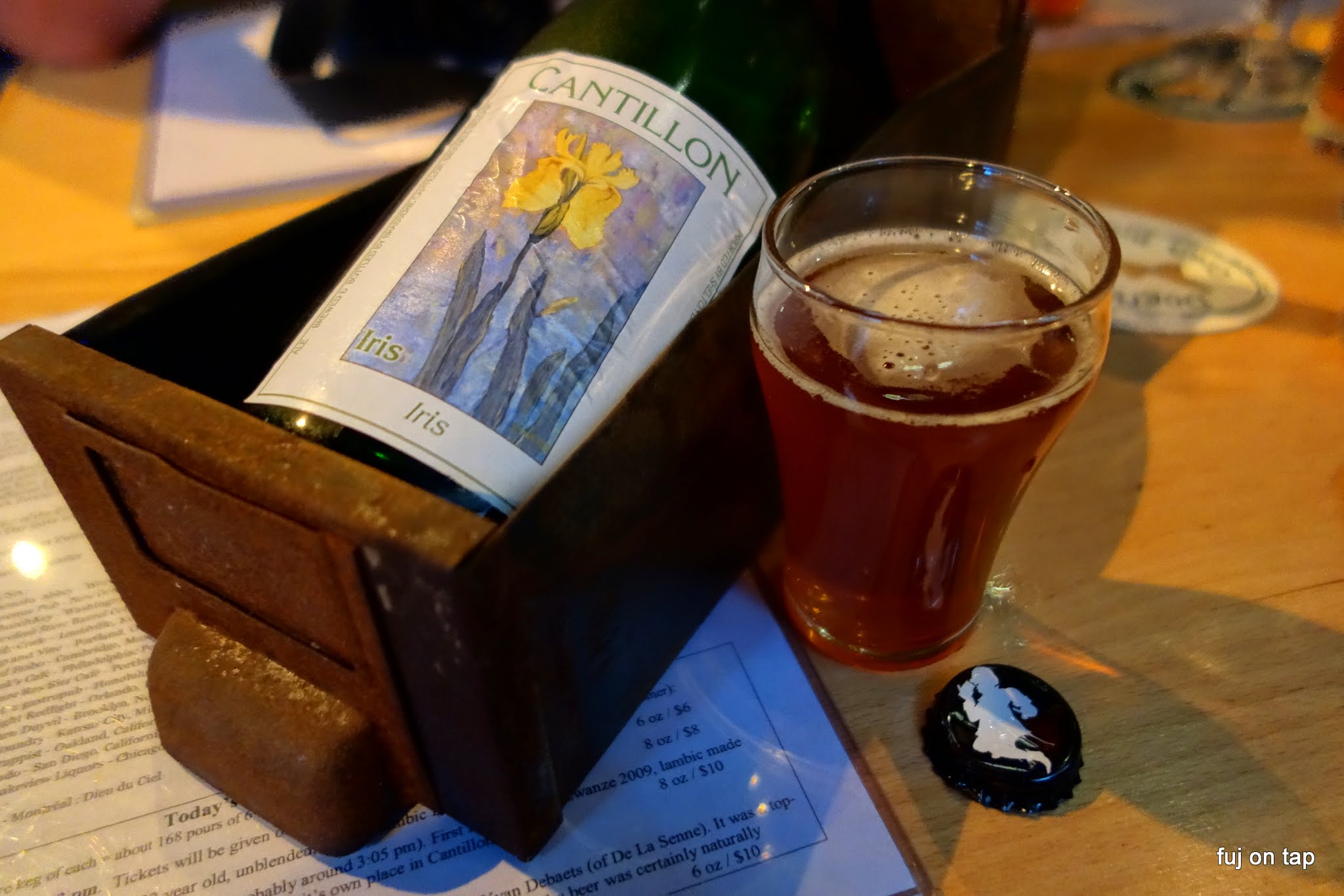 …which I finished pouring right around the same time our Mamouche came along! 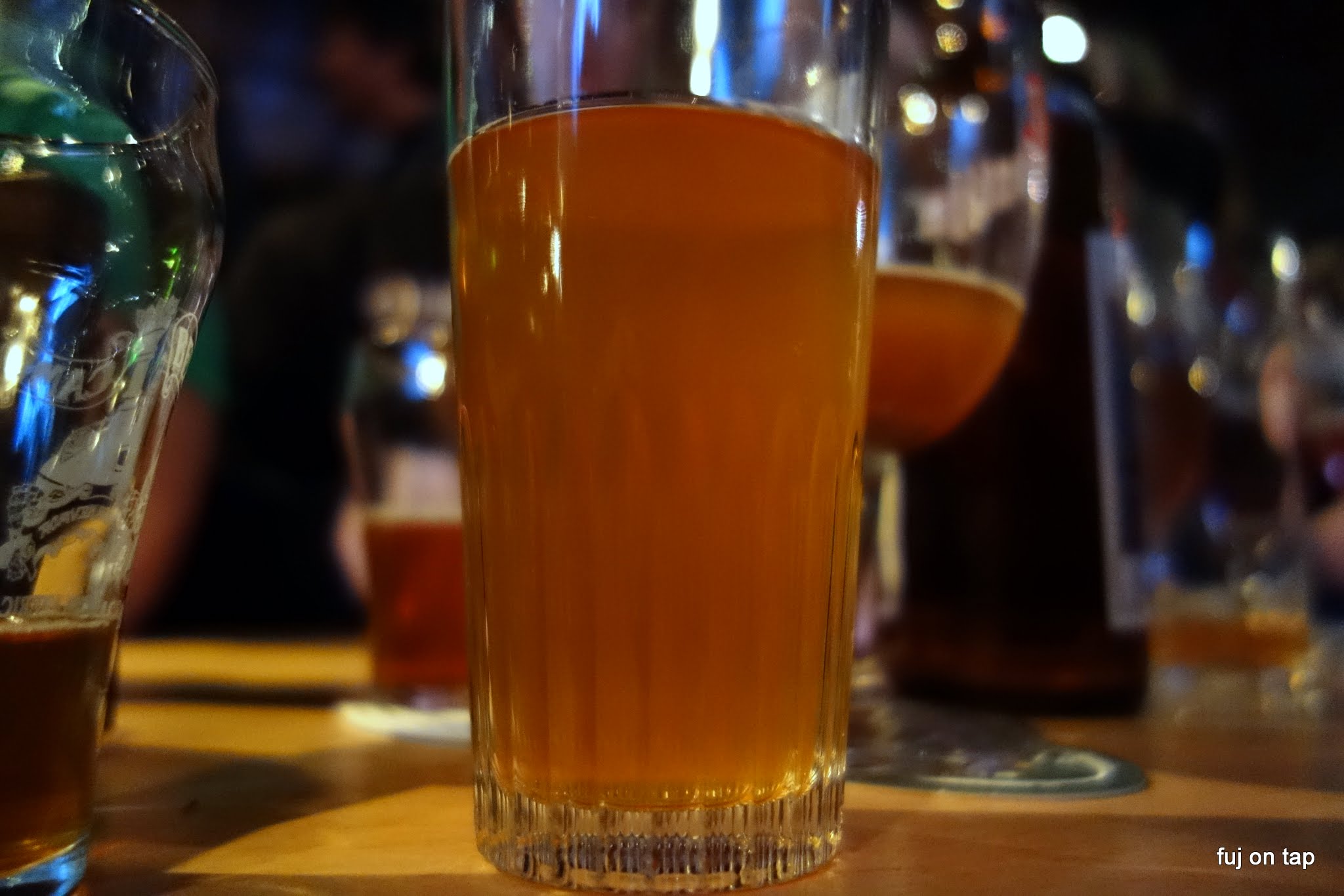 Damn. At this point we had about 16 glasses of Cantillon sitting on our table. It was pretty crazy. We took our time sipping on all of these great beers, but by the end of the day Adam couldn’t help but order another bottle: a 2009 Brasserie Dupont Avec Les Bons Voeux. Hey, there were going to be no objections coming from me! 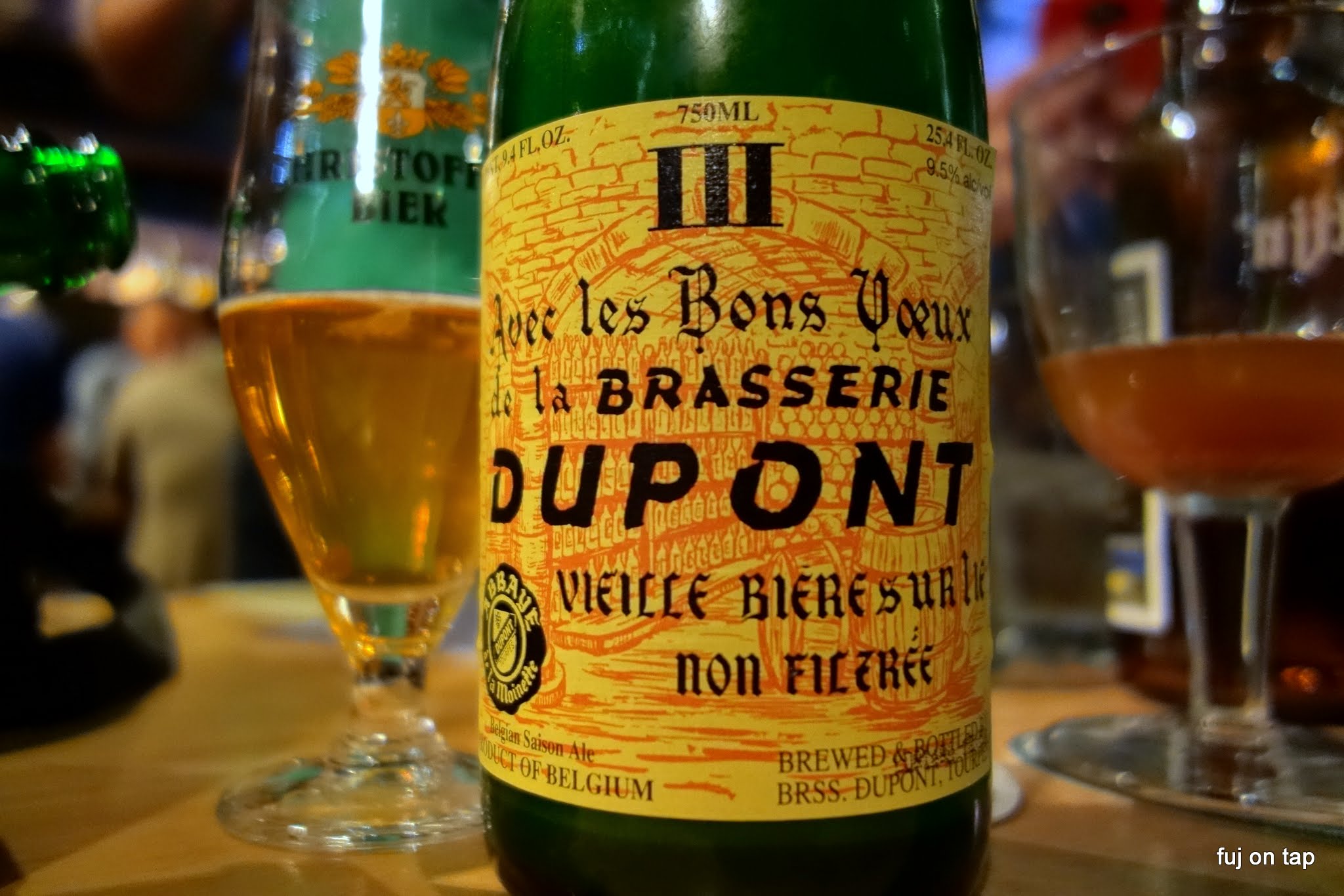 Zwanze Day was awesome. I’m really glad I made the decision to make my way up to Portland and hit up a bunch of great spots this weekend. Novare Res was definitely the highlight of the weekend. I had a ton of fun with our group and the crowds and I got to tick FIVE different Cantillons I’ve never had before. My wallet may be regretting it this week but if I had the chance to make the decision again, it would have been the same.