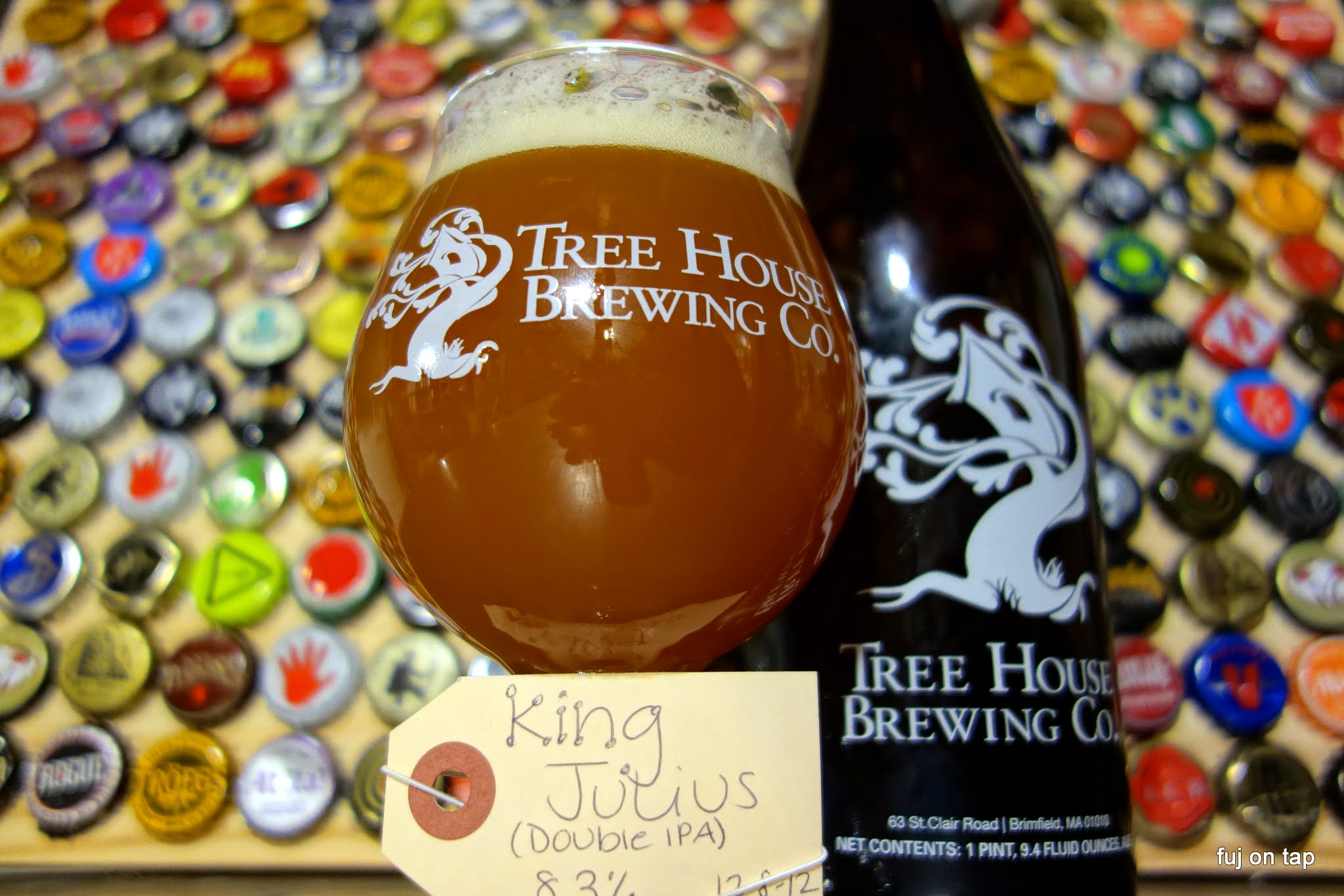 Went over to Tree House with Nate first thing in the AM to grab their new Double IPA, King Julius, and fill up on everything else that had naturally. Couldn’t help but get a flight while I waited, either. They didn’t have much King Julius (I could be wrong but I believe they said they only had enough for 40 growler fills?) so I knew I had to get there first thing and grab my two growler allotment before they ran out. So how is it? 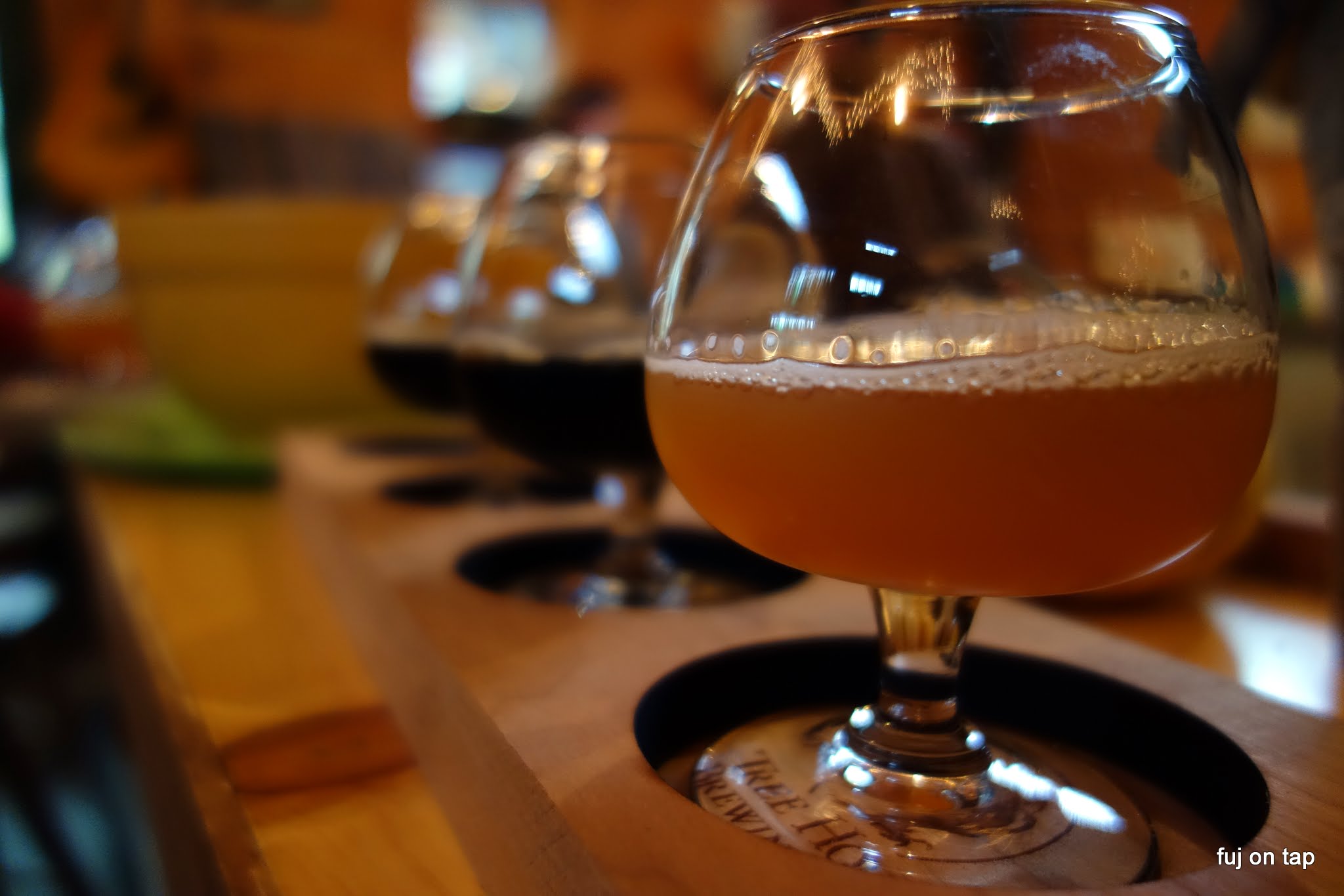 Delicious as hell. Nate (from Tree House) was making some comments this morning about the lack of lacing of his beer going from keg to growler to glass, well this one has no problem with that. It does have a pretty intense mouthfeel for a DIPA. It’s chewy like an oatmeal stout and kinda sticks to your teeth (I do not mean this in a bad way). If I had to compare it to Heady Topper (I know some brewers get offended about comparing two beers, but I really intend this as a compliment) I’d say it’s overall pretty similar, but a tad sweeter and lacking the grapefruit notes. Otherwise very comparable and extremely drinkable. Drinkable as in I just finished the first growler by myself. Whoops. I really wish that I could hold on to my second growler until Thursday when I have Heady in hand to do a side by side but let’s face it that growler will be dry long before then. 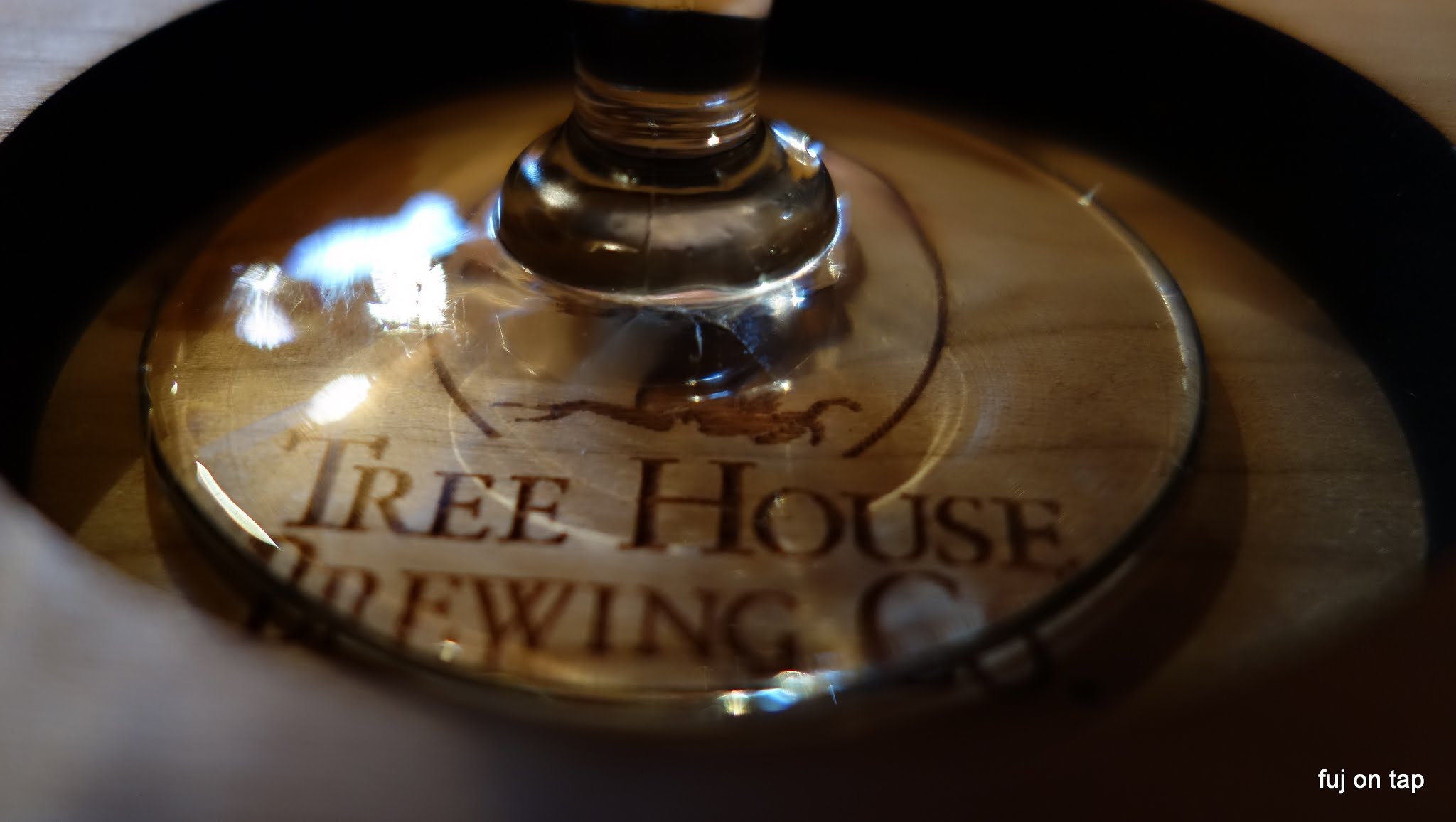 I’m a huge fan of this beer and while I’m being a terrible BeerAdvocate by drinking the first growler to my face, I’m going to do the right thing with the second one and share it. (Now I just have to decide with whom.) Anyways, cheers to another great beer Tree House! 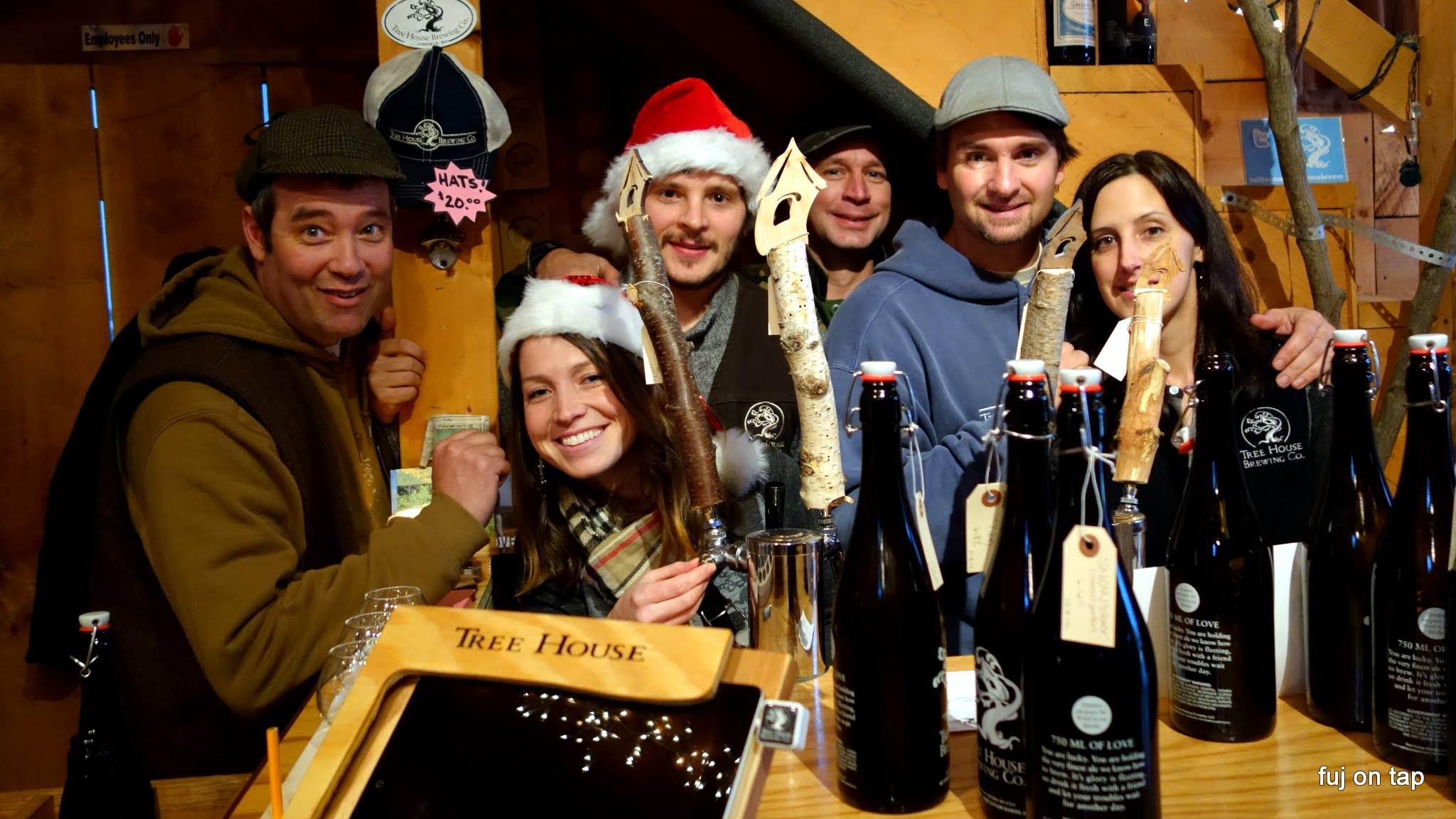 On a side note, what do you guys think of the backboard in the first shot? Still gotta tweak the light in the basement Chez Fuj Tasting Room to get it just right, but it’s a little better than having just random ass shit in the background of all my pictures, I think. It’s also LIGHT YEARS better than having having a plain ol’ light box, that’s for sure. Elise made it today while I was running around chasing beer all day. Thanks babe!

One thought on “It’s Good To Be King (at Tree House Brewing Co.)”