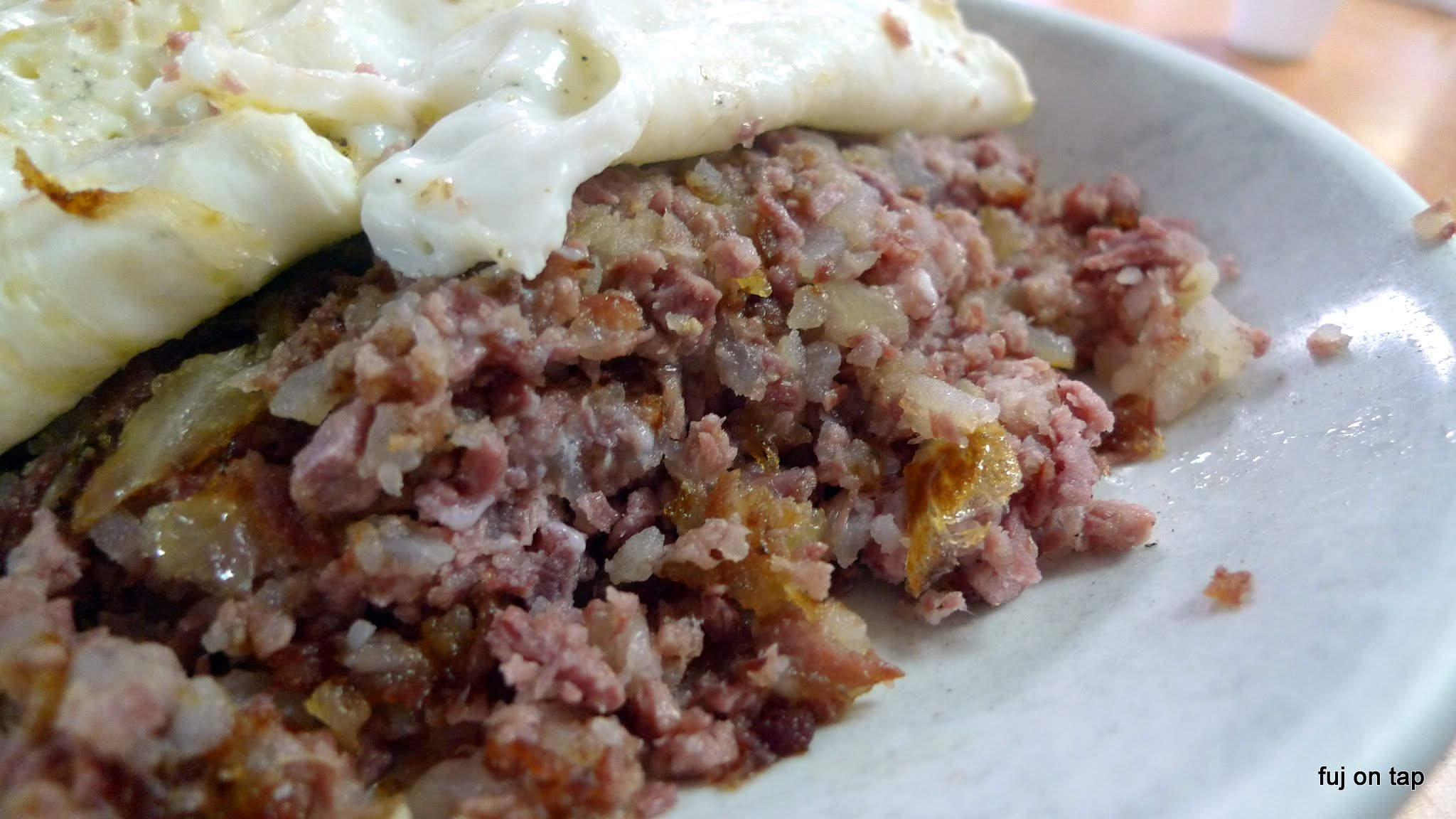 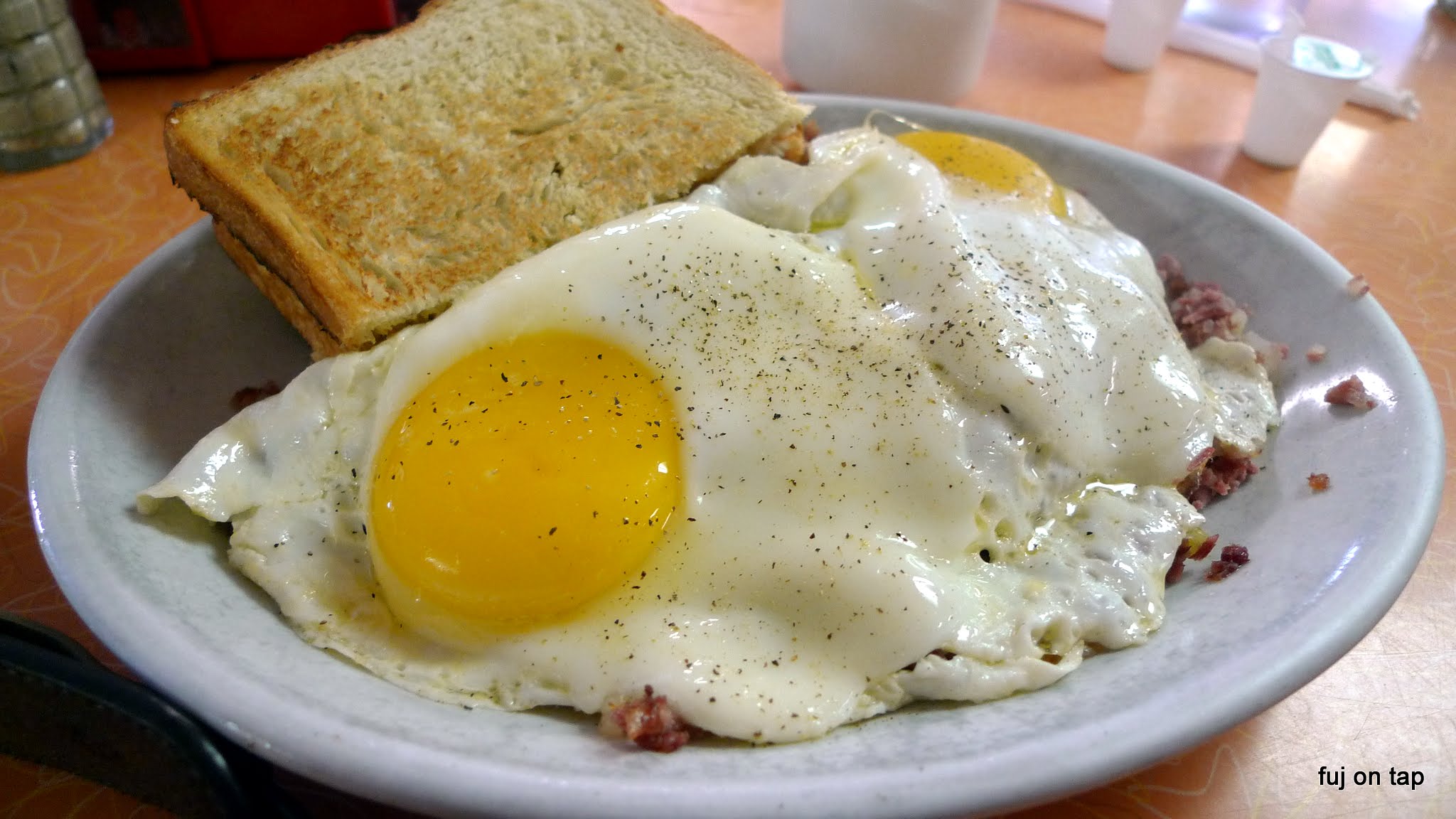 My journey to find the best homemade hash in the Capital Region has led me to Duncan’s Dairy Bar on Hoosick St. in Troy. I figured I’d write this up after my abysmal experience at the 76 Diner followed by my rant on Facebook yesterday. Breakfast is not something that a lot of quick eats places and diners put a lot of effort into in the Capital Region, unfortunately, so my search for good hash has been met with several disappointments. I can’t count how many places around here serve this shit from Sysco (or the like) out of a can and have the audacity to call it hash. It’s fucking awful.

After mourning the loss of my latest favorite hash place, Johny’s Diner (previously held by the now defunct Miss Albany Diner), DerryX suggested trying Duncan’s Dairy Bar to get my homemade hash fix. It’s a greasy spoon that I’ve been to a fair amount of times but it’s definitely been a few years and I have never had their hash before. It even has its own highlighted space on their plastic covered menus touting their homemade hash, instead of on some menus where it’s tucked away in some Sides section. Things looked promising. On an early fall Saturday morning I took the trip there with Elise for breakfast.

I do not know what the process of how they make their hash is, but I will surmise how I imagine it is done:

As you can see from the photo, this hash has no browning or crispiness anywhere to be found. If it spent any time on a griddle it was done only to the point where it was warm, but removed with great speed to make sure no fancy maillard reaction got in there and screwed things up by imparting any actual flavor. The dish is completely flavorless except for the palate raping that the onions bring to the party. “Seasoning” is a foreign concept to this chef (the black pepper pictured above was of my own doing). There is not enough rooster sauce in the world to make this dish edible. I ate less than half before we left.

I do not foresee any reason to go back to Duncan’s. There’s nothing imaginative on the menu, as it is the same exact menu that’s available at any average diner in the Capital District. And by “average” I don’t mean good, I just mean Capital Region breakfast places “on average” have a really low expectation of food quality and deliciousness. Feel free to go and make your own assessment on this hash, though, as DerryX’s opinion differs greatly from mine.