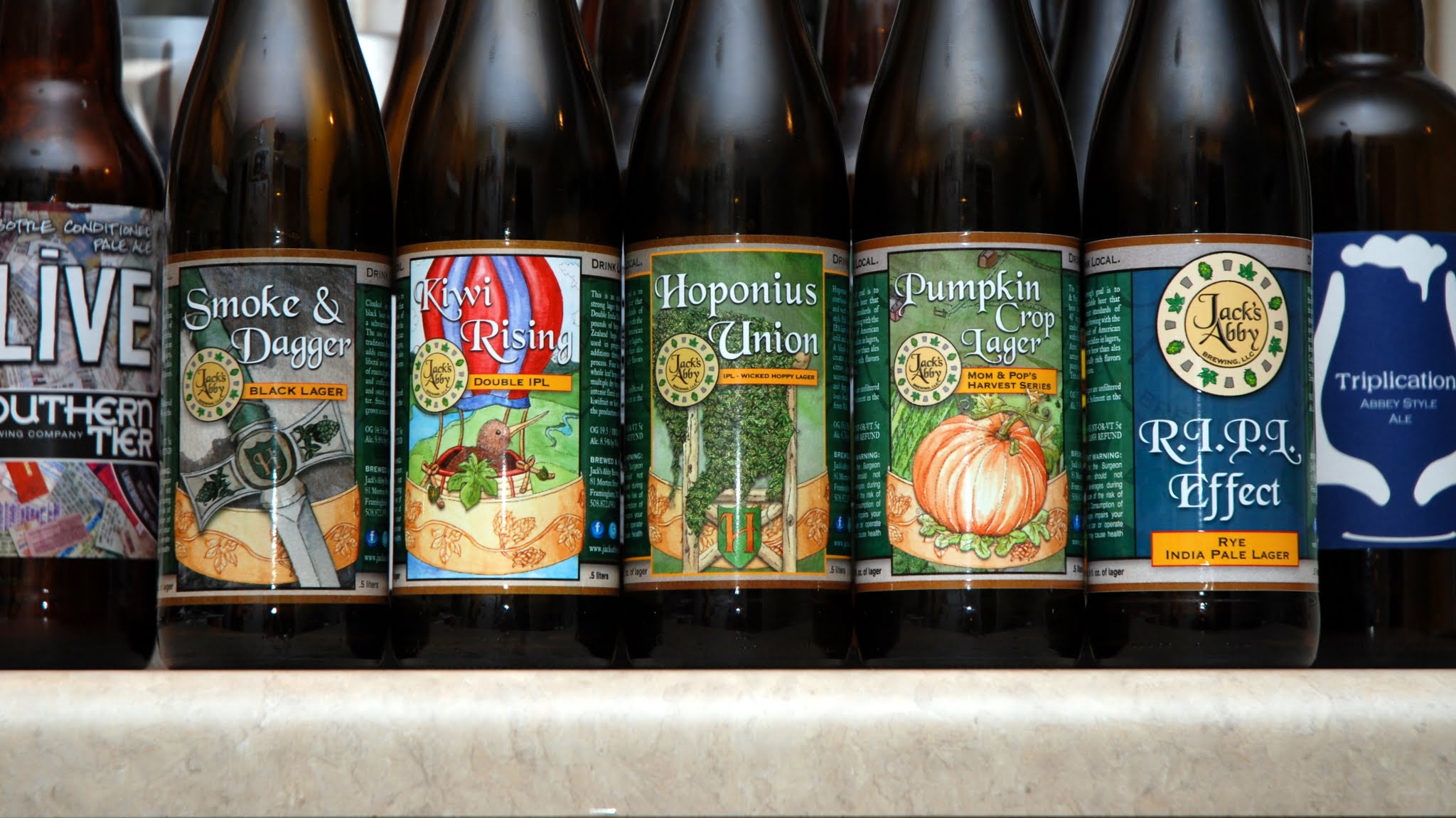 With Elise and I returning from Night Shift and Idle Hands, Dave and Jill coming up from a stop at Decicco’s, and Jon and Danielle making their way back from Spirited, it was a no brainer for us to get together, eat some chow and drink some beers. Jack’s Abbey is really restoring my faith in lagers (or LAAWWWWGAH’s if you will). For too many years lagers have been boring as hell, and Jack’s Abbey is really doing something innovative with them. The beers coming out of Framingham are just as interesting and flavorful as their ale-based cousins. We sampled:

Consider me a fan Jack’s Abby after this night, and starting to become a fan of lagers again (at least the way that Jack’s Abby is doing them). Looking forward to trying some more of their beers and eventually getting my way over to their brewery. Of course, that’s not where things ended for the night, we also hit up plenty of other beers from our travels around the Northeast.

Birthday Suit was a drain pour. Stay away from this one.

Wheatwines seems to be poppin up more and more lately. This one was good, but didn’t blow my mind. Way just be the style.

I was surprised to see a new beer from Southern Tier, especially since Jon picked it up in Lenox, MA and I’ve never even seen it on shelves here. This is one of Southern Tier’s first attempts at bottle conditioning a beer rather than force carbonating it. Pretty typical pale ale here but way, way too over carbonated. 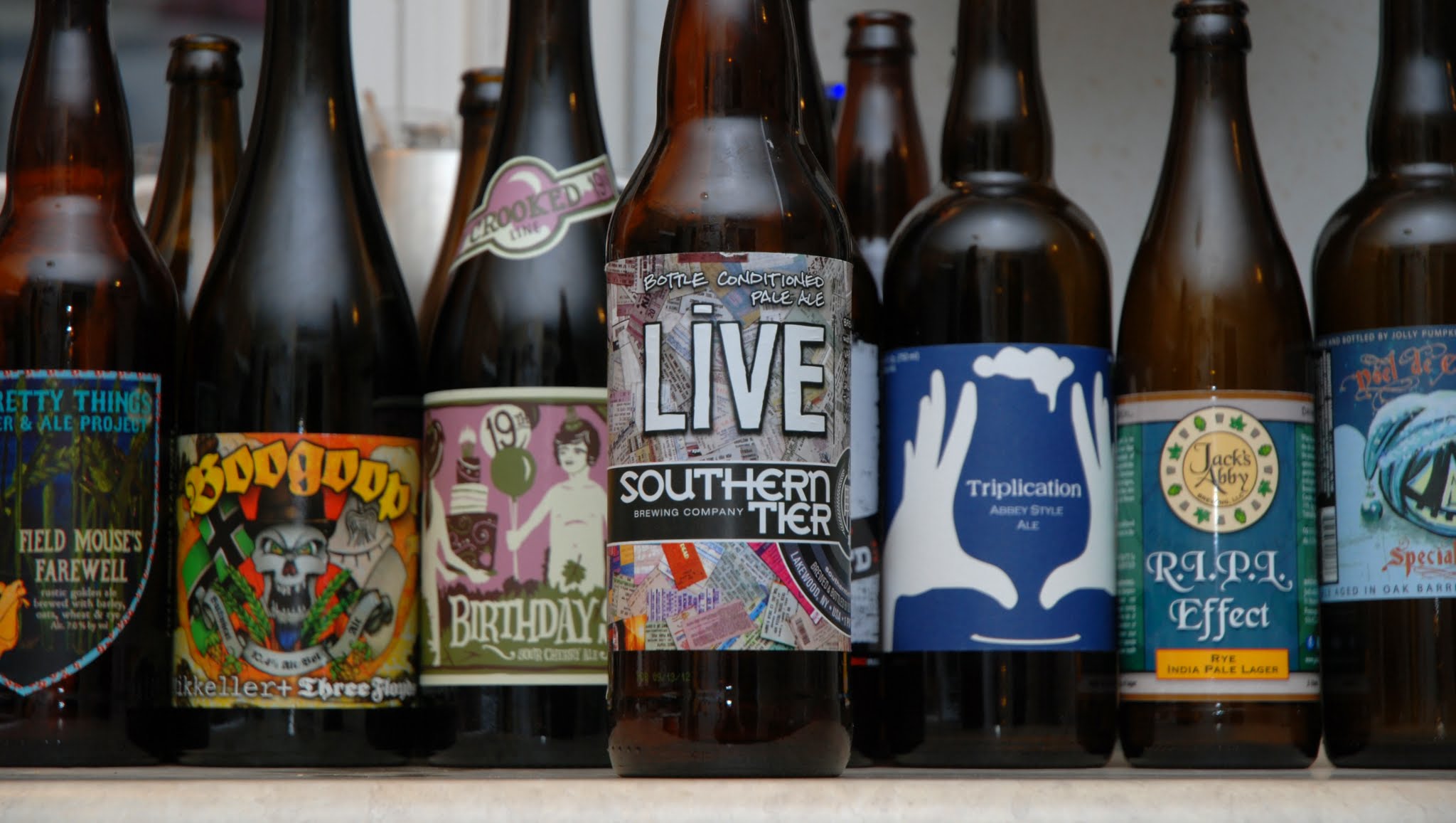 As I said earlier, this bottle share was back in November, and it was right after Stone’s 12.21.12 was released. Actually, this was the day after I was able to have 12.21.12 at Plan B Burger Bar, and I still attest that this was Stone’s best IPA of the year. Much more so than Ruination 10th Anniversary which hit a lot of Top Lists this year.

We needed a little something to wash the bad flavor of the Uinta Birthday Suit out of our mouths, and the Charlton Rouge I picked up at Idle Hands earlier that day just didn’t have enough pucker to cut it. Cuvee des Jacobins Rouge fit the bill nicely. 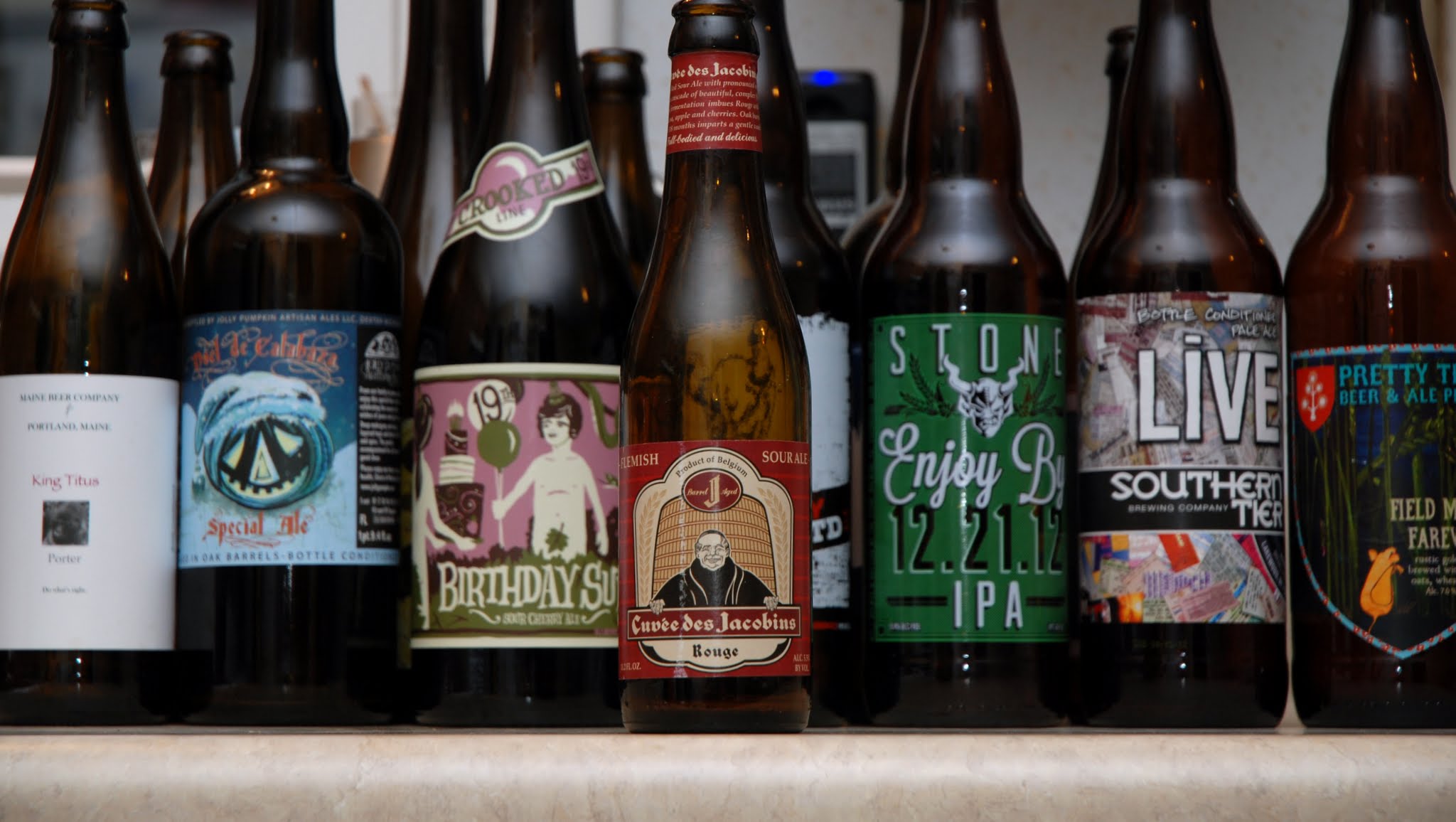