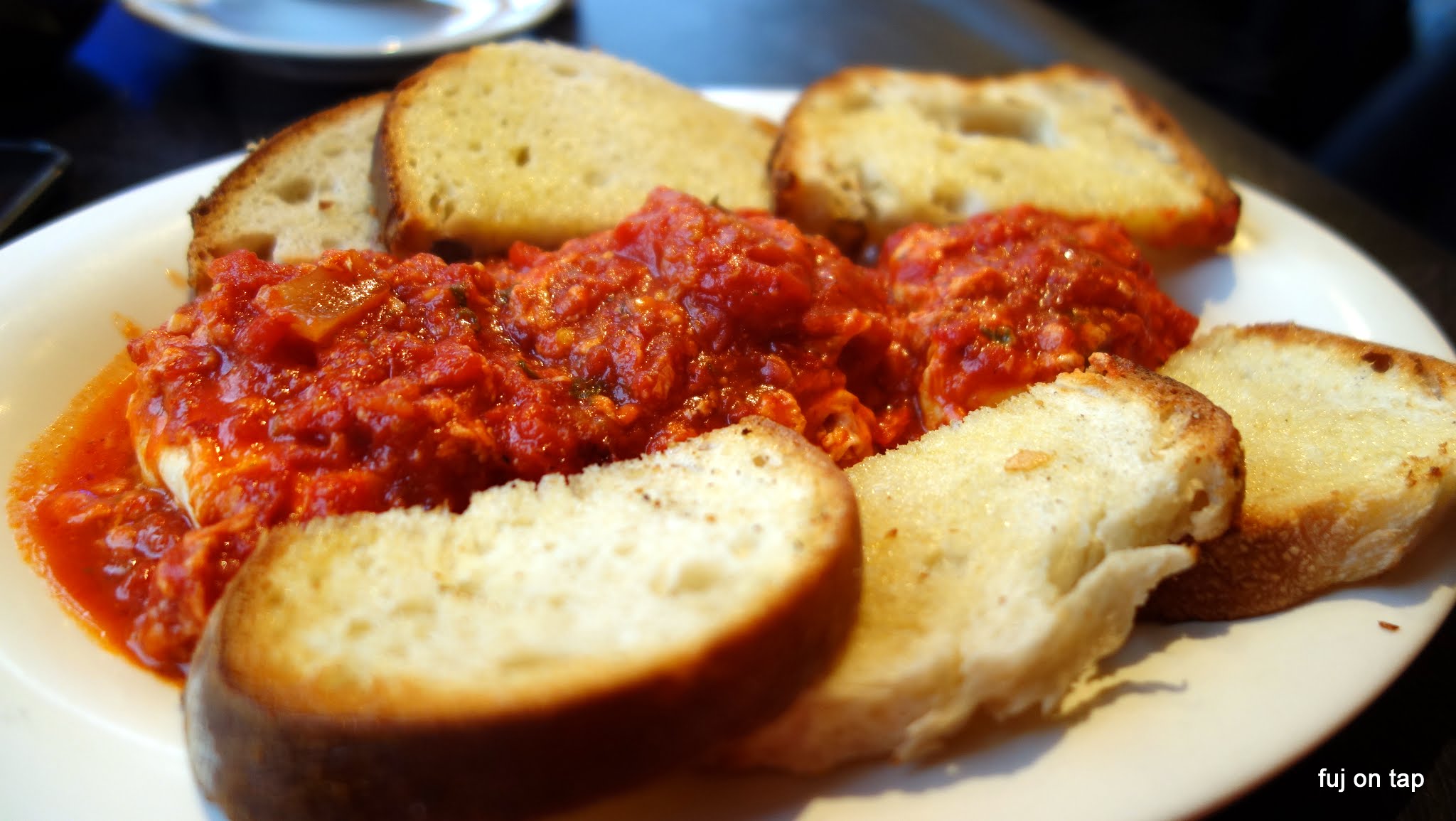 It’s not too often I’m out in Schenectady around breakfast time, but given I got pretty beat up at Saturday night’s packing party, I crashed there and awoke with an opportunity (much to Elise’s chagrin) to check out More Perreca’s for breakfast.

I’ve had my eye on Eggs in Purgatory ever since our first time at there early last year. I’ll admit tomato sauce at breakfast sounded a little weird, but I generally order Fra Diavolo (a spicy tomato sauce) in replacement of Perreca’s marinara sauce when we have dinner there and having some poached eggs smothered in this sauce sounded interesting enough to give it a shot.

Given that I already enjoy their sauce and bread, it was really going to come down to how well the eggs were poached and how well the eggs and sauce paired together. I’ve seen a couple of different versions of the dish, some where the eggs are actually cooked right in the sauce itself but I wasn’t really expecting that. What I was expecting was some delicious runny yolk to mix up with my sauce and sop up with Perreca’s fantastic bread, but just like with DerryX’s experience with the dish, I received my eggs over poached. There was absolutely no liquid to the yolks of all three eggs. We later discussed that over poached eggs are the norm at More Perreca’s, and I would have been better off ordering them soft as did Daniel B. (It’s what I get for going there on a whim and without Elise.)

That said, the dish was still good enough that it merits coming back again and getting it the way I prefer, possibly with something else like their Italian sausage or fried bologna. Until next time.