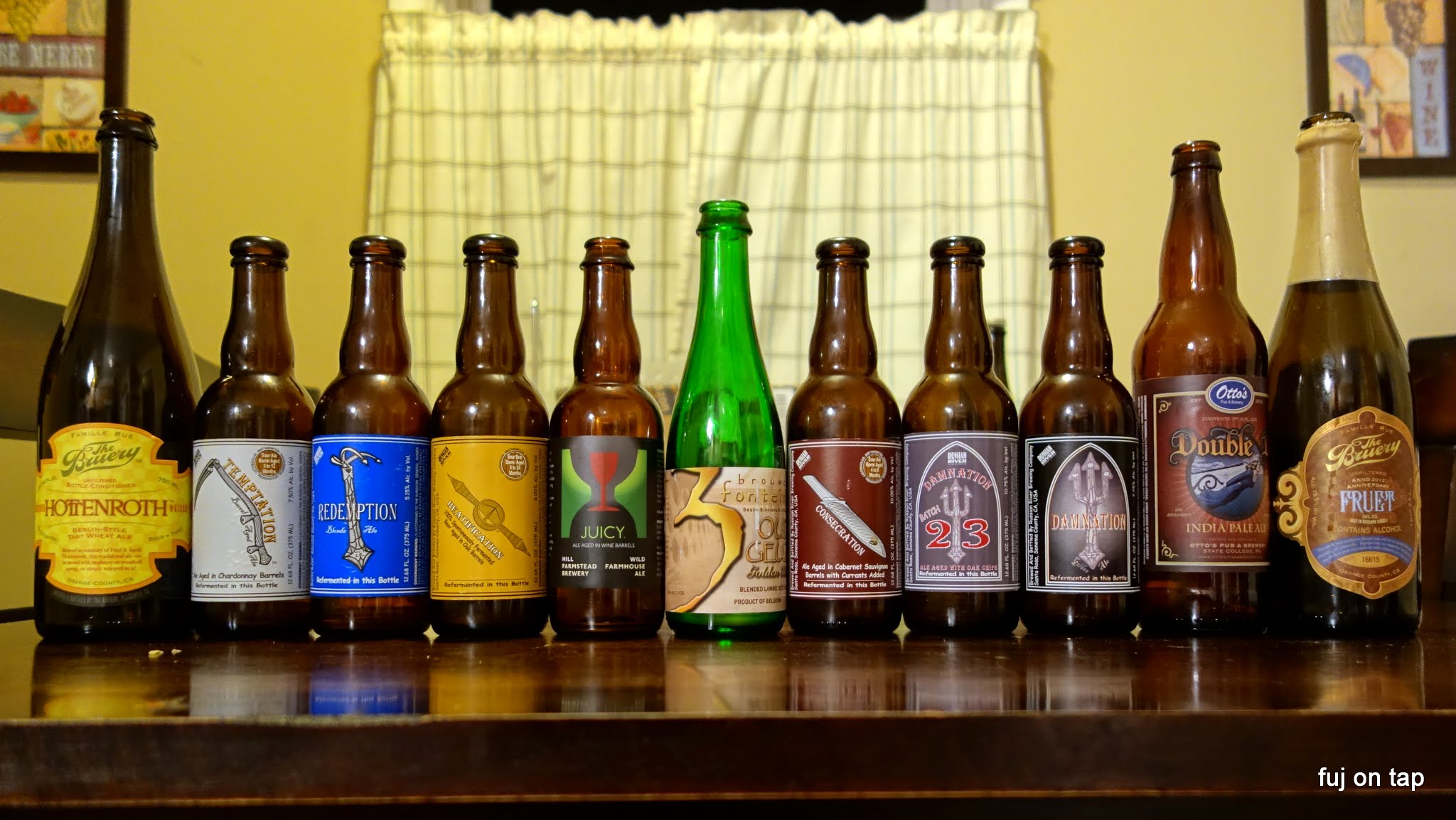 While Merc wasn’t around for his actual birthday, on his next swing through the Capital District we had a pretty fucking stellar tasting to celebrate. He brought over a shit ton of Russian River bottles and some extras, I brought out some Juicy and Golden Blend, Pig Destroyer Jon brought over some Fruet. Seriously, not a bad beer of the night. Which is near impossible to be had considering how many bad Cigar City beers Merc manages to find and bring over.

We started off the night light with some Bruery Hottenroth, a light, refreshing Berliner with some wheat and mild citrus notes.

Let me preface this with both of my beers were huge pains in the ass. First off, Juicy lived up to its name and gushed a third of the bottle all over my god damn kitchen table, what a shame.

Luckily I still have another bottle left, and while I’ll probably never open it ever, I will remember to have a glass at the ready when I do. As for the beer itself, it’s unfuckingbelievable. Tons of various fruit and citrus notes and just a little bit of white wine in both the nose and taste. However, there’s no citrus in this beer at all, and all of this is accomplished with hops. It’s really impressive and unique. I half didn’t want to wash my hands after the bottle gushed all over because the smell was so intoxicating. 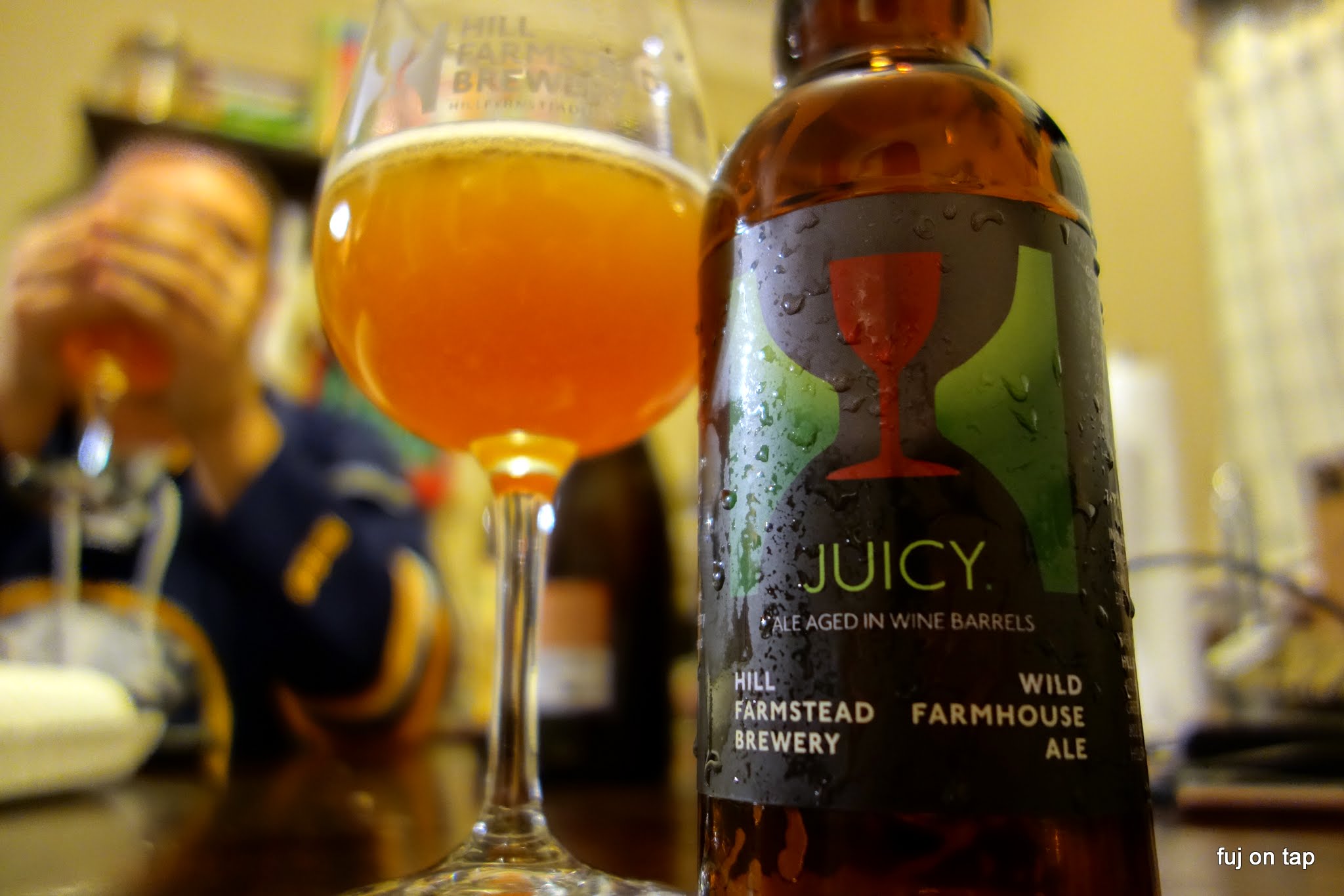 Thankfully, Golden Blend was not a gusher, but I was definitely not expecting the cork to take the cage off with it and hammer it into my ceiling like so:

Dear Landlord, I am not fixing that. Ever.

My face did not get in the way of this cork like the last Night Shift Trifecta I opened, so it was all good. Golden Blend is one of if not my favorite gueuze of the year. Sure, it’s pricey ($20 at Hunger Mountain, $27-30 elsewhere) for a 375, making this definitely a special occasion beer. It’s got a but of funk to it that I wouldn’t just down glass after glass of it like I would with Tilquin, but I still think it’s a better beer.

Fruet absolutely floored me. Given the price point $35+ price point, I expected it to be good, but Old Ales are not generally something that excites me. And I was surprised after recently having last year’s version at the Winter VT BeerAdvocate Meetup, this year’s was clearly better. One of  the smoothest, big, sweet, barrel aged beers I’ve ever had. Possibly the best Bruery beer I’ve had to date. If I see another one on shelves I’m snagging it and letting it sit in the beer cellar for a long time. 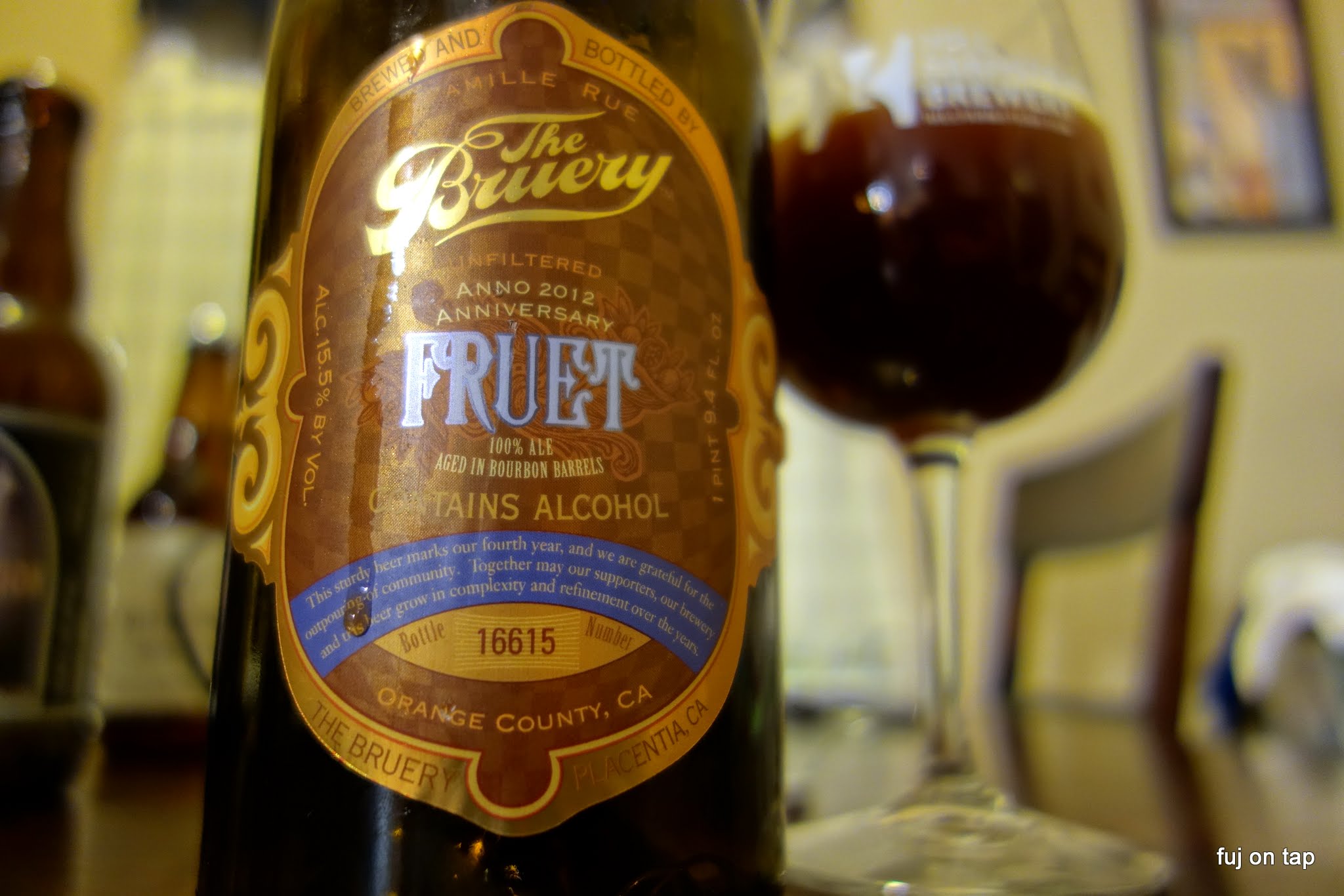 The Double D was a good break from all of the huge beers we were drinking that day. 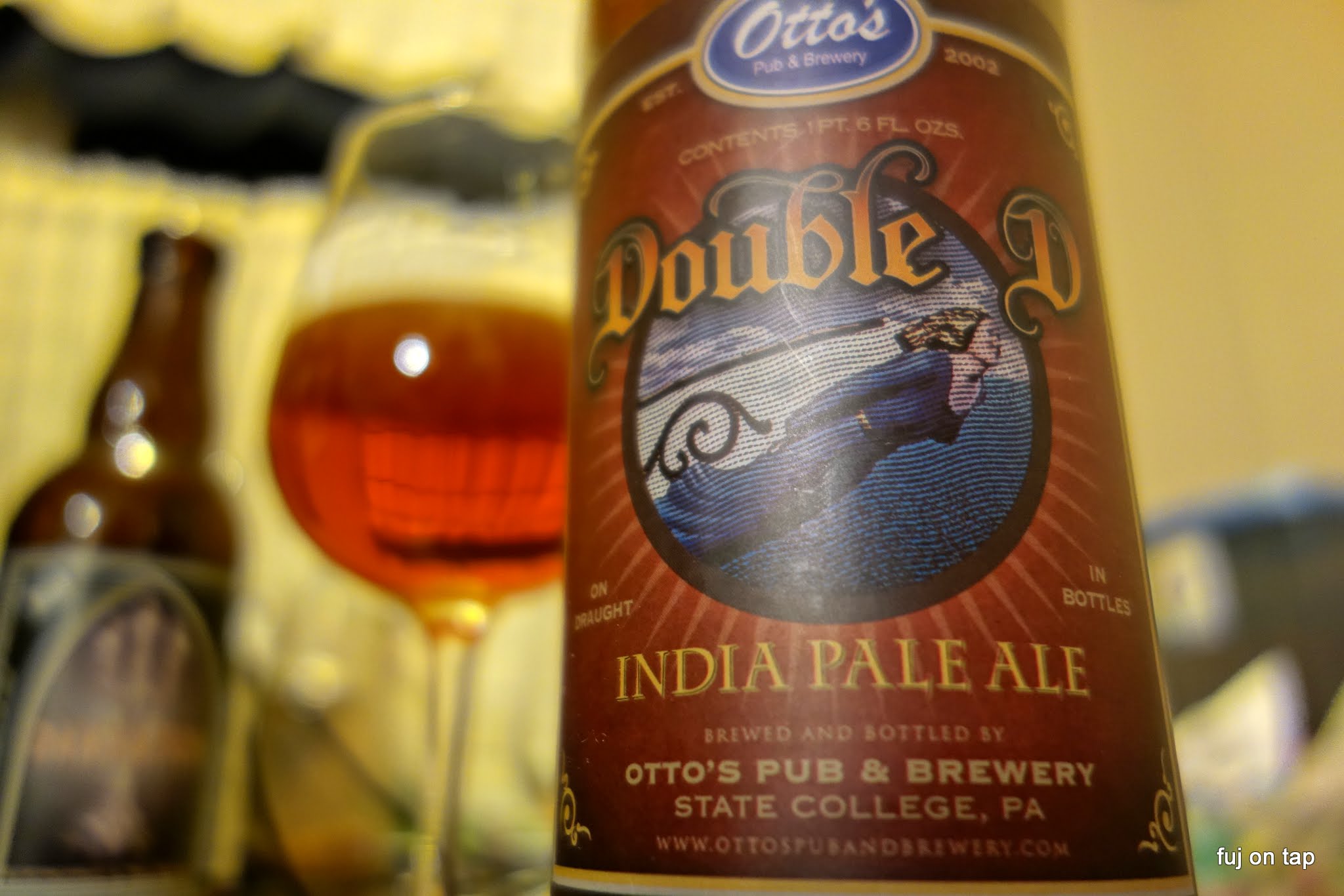 On to the Russian River beers. Let’s just say all were phenomenal but did you really expect less? We saved the best, Beat B5, for last but all of them held up on their own. The Redemption was the only one they got kind of lost in the shuffle, but given that it is just a blonde all in a sea of all of these extreme ales all night, it was a given. I’m sure by itself it’s just as delicious of a brew. Check out Merc’s take on the lineup (and his transforming me into a sour fan) here. 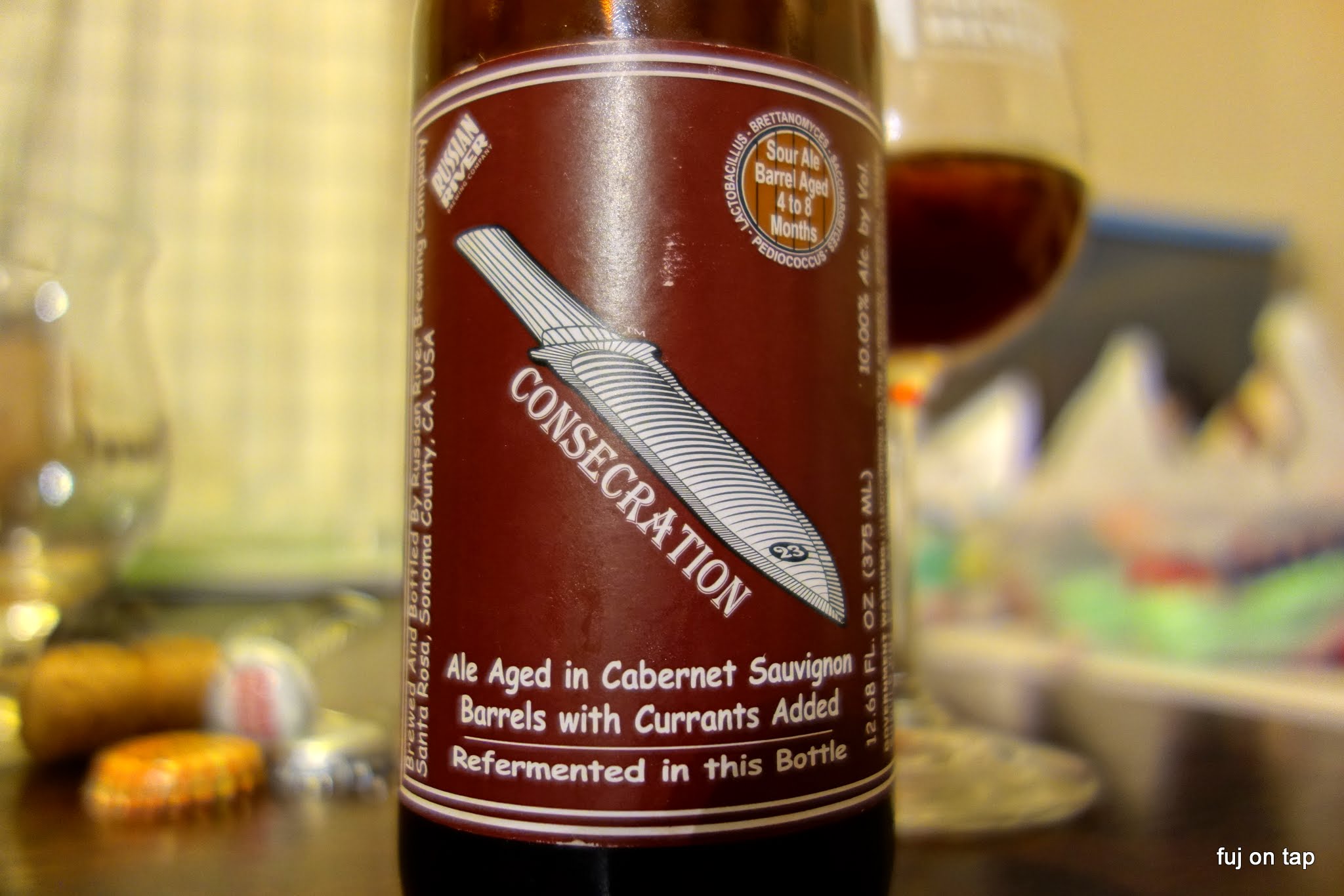 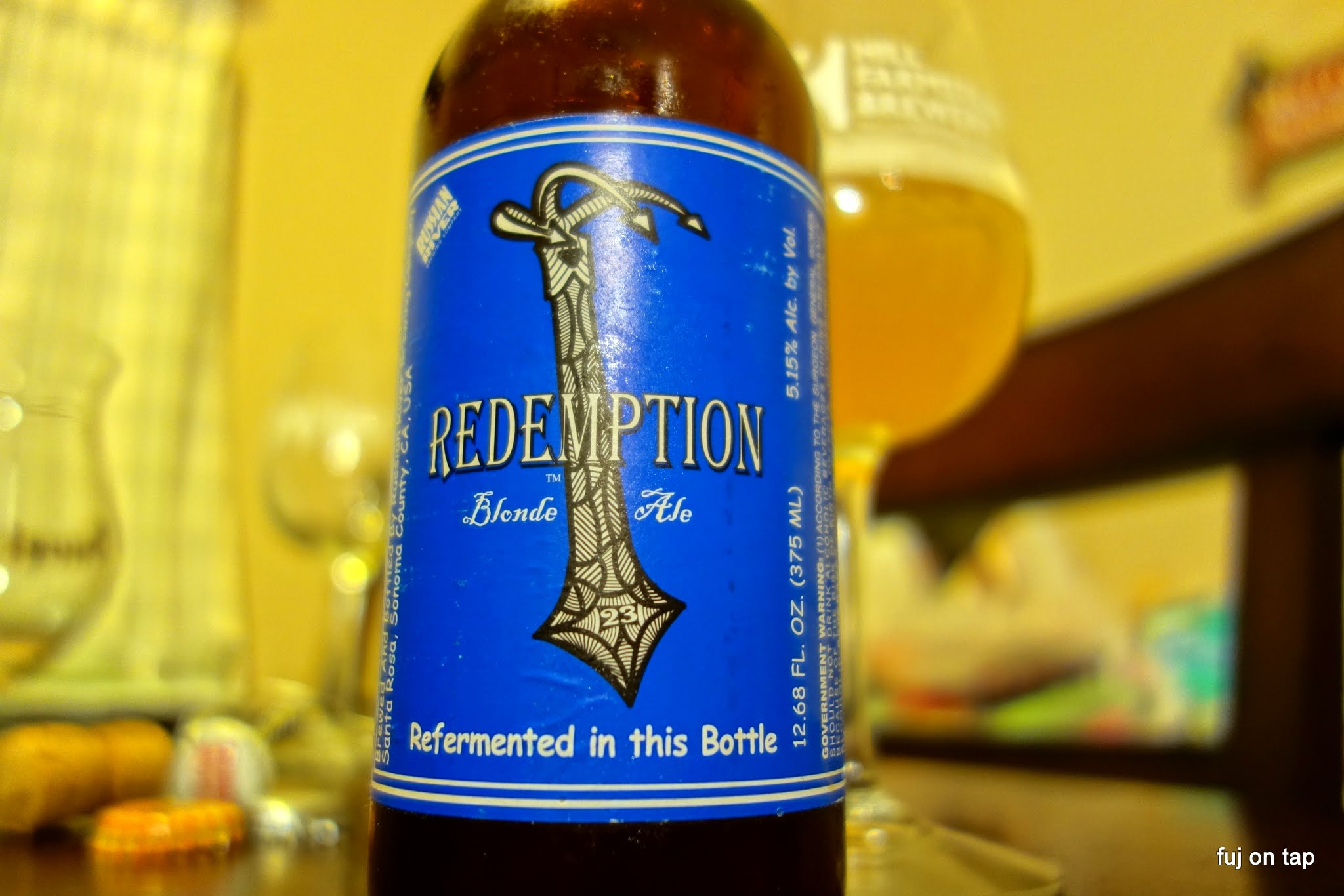 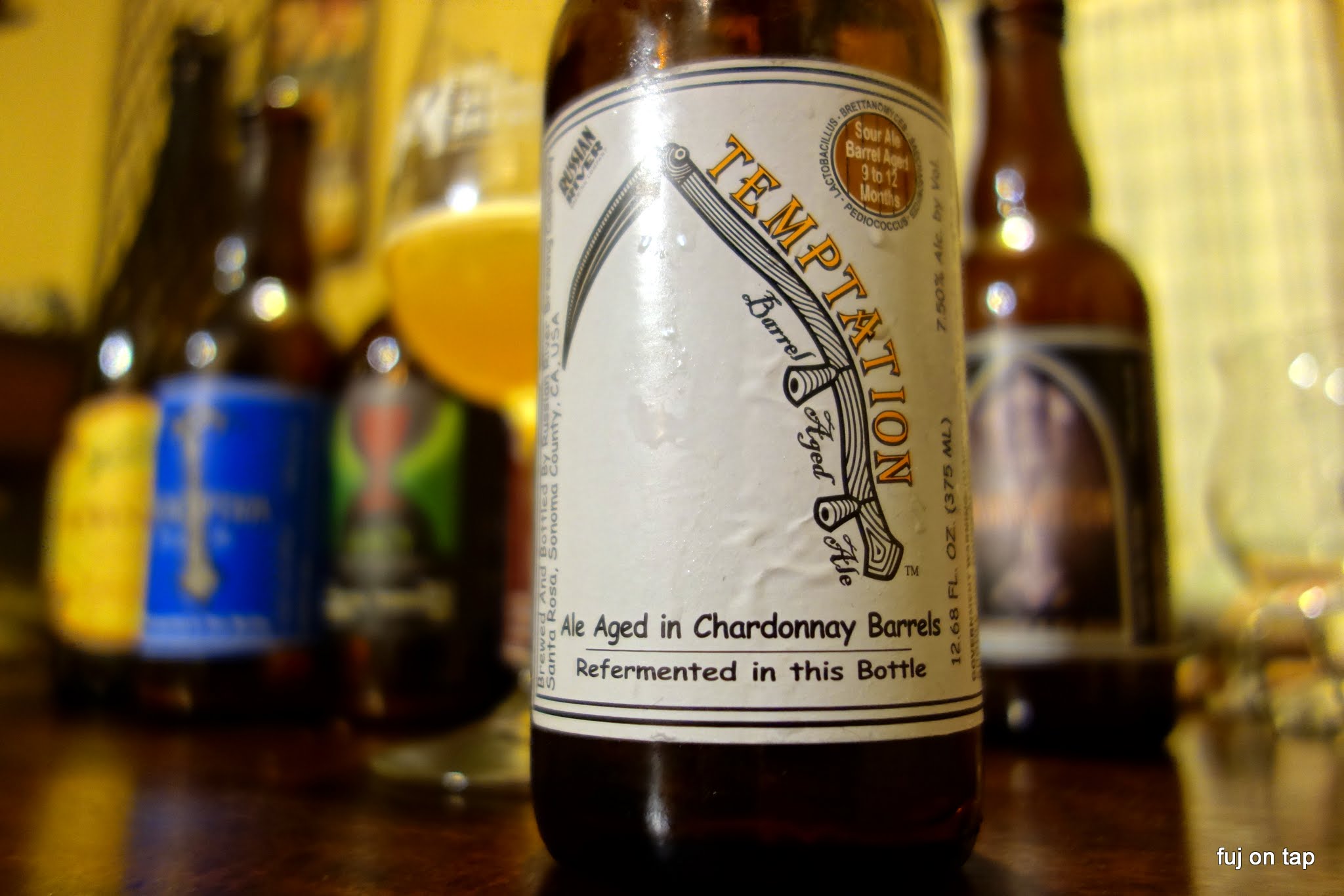 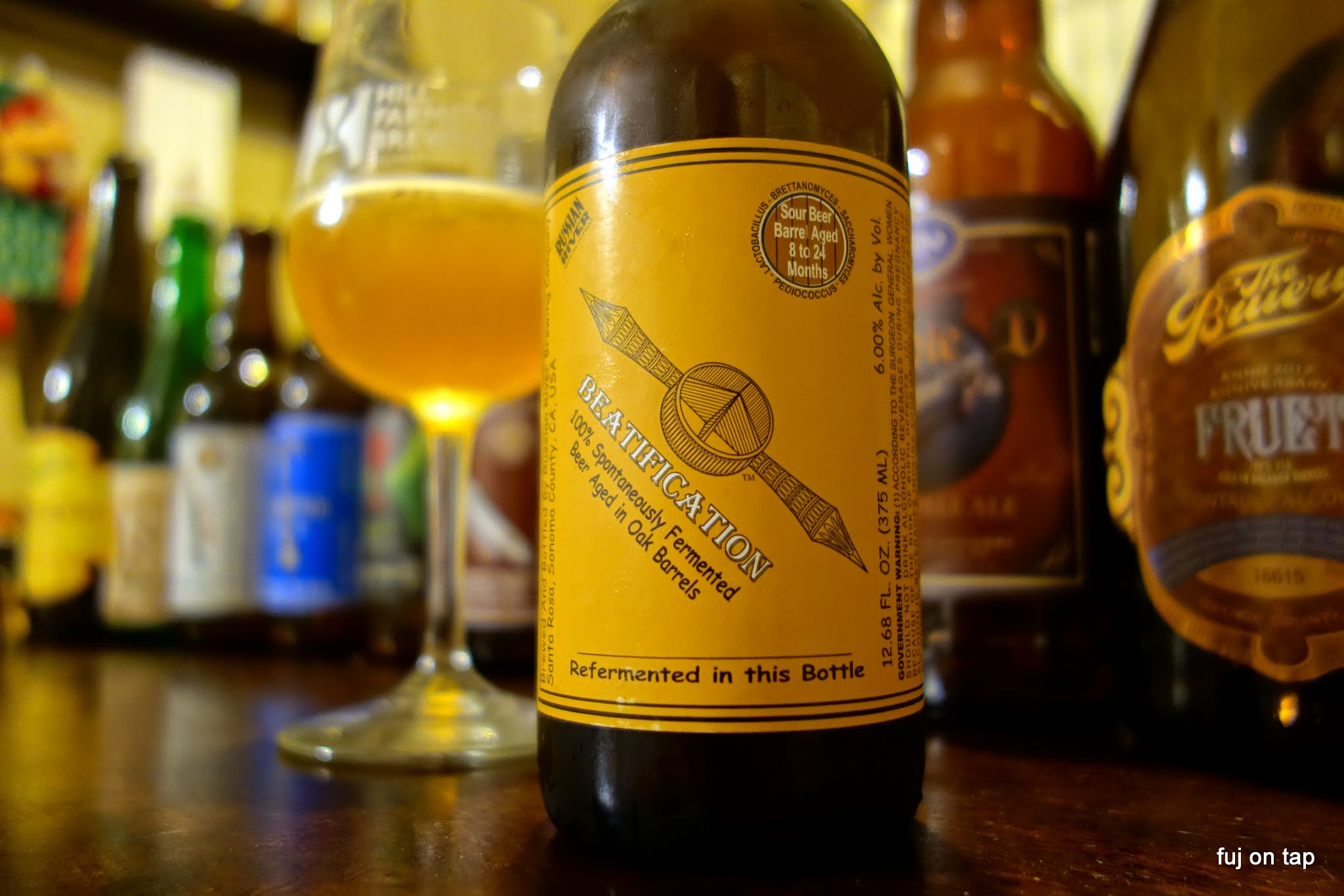 Is it just me or does Russian River use fucking Comic Sans on their labels?? THE HORROR.