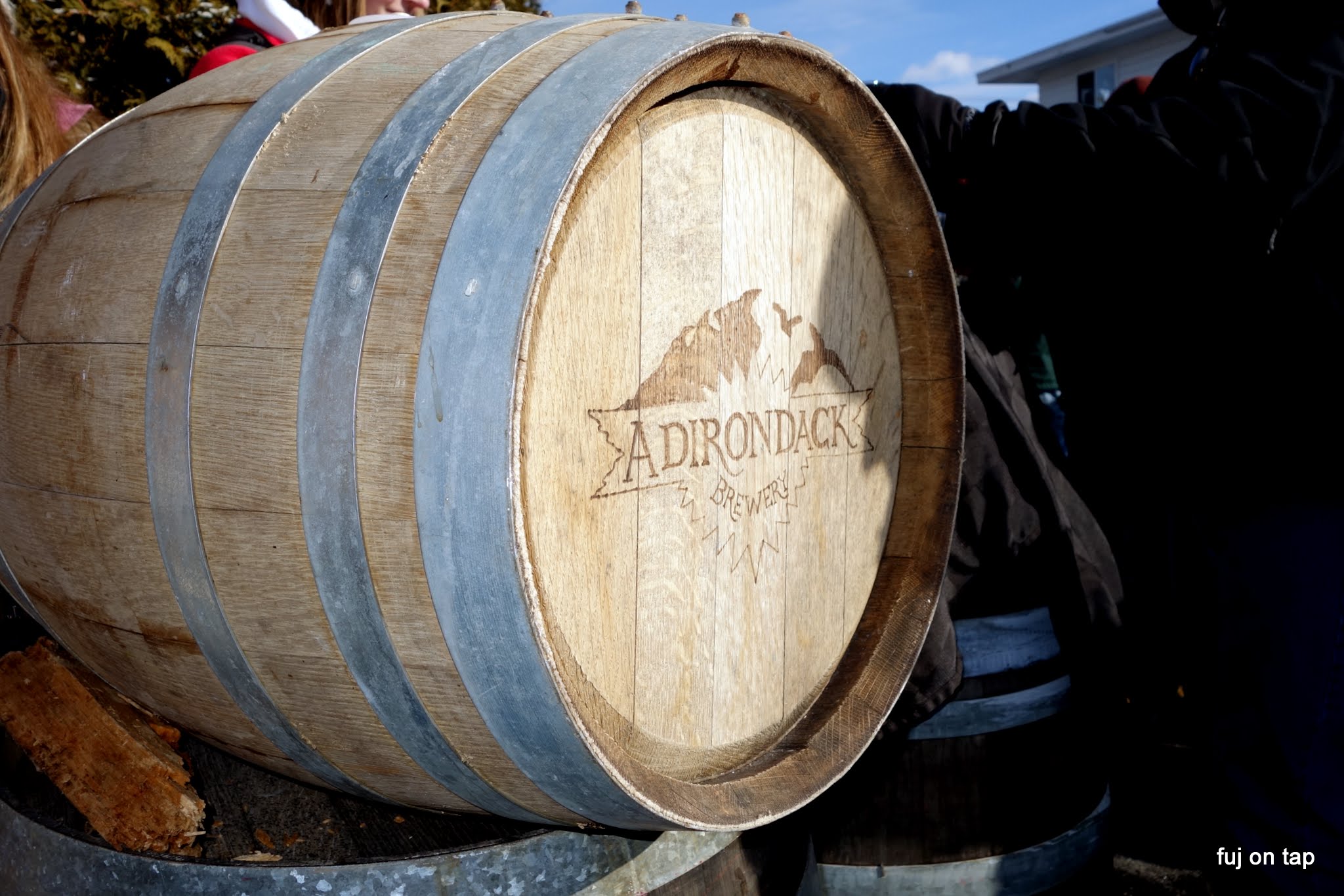 Pretty fun, but bitter cold day on Saturday at The Adirondack Pub & Brewery. The Festival of Barrels is a yearly showcasing of ADK’s barrel aging program, with some beers only being available at the festival itself. Check out this incredibly unique lineup:

I dove on the Captain Lawrence beers when we first got there thinking they would be the first to sell out. It was not unexpected to hear people who were not aware or not fans of sour beers downright detest Hops and Roses, but I liked it. Red wine dominated the flavor of this beer, and the rose hips and hibiscus were definitely muted but this did not detract from my overall experience of the beer. It was very interesting to say the least. I missed out on Golden Delicious as it ran out while we snuck inside to warm up for a bit, but Smoke From The Oak in Rum Barrels was absolutely outstanding. 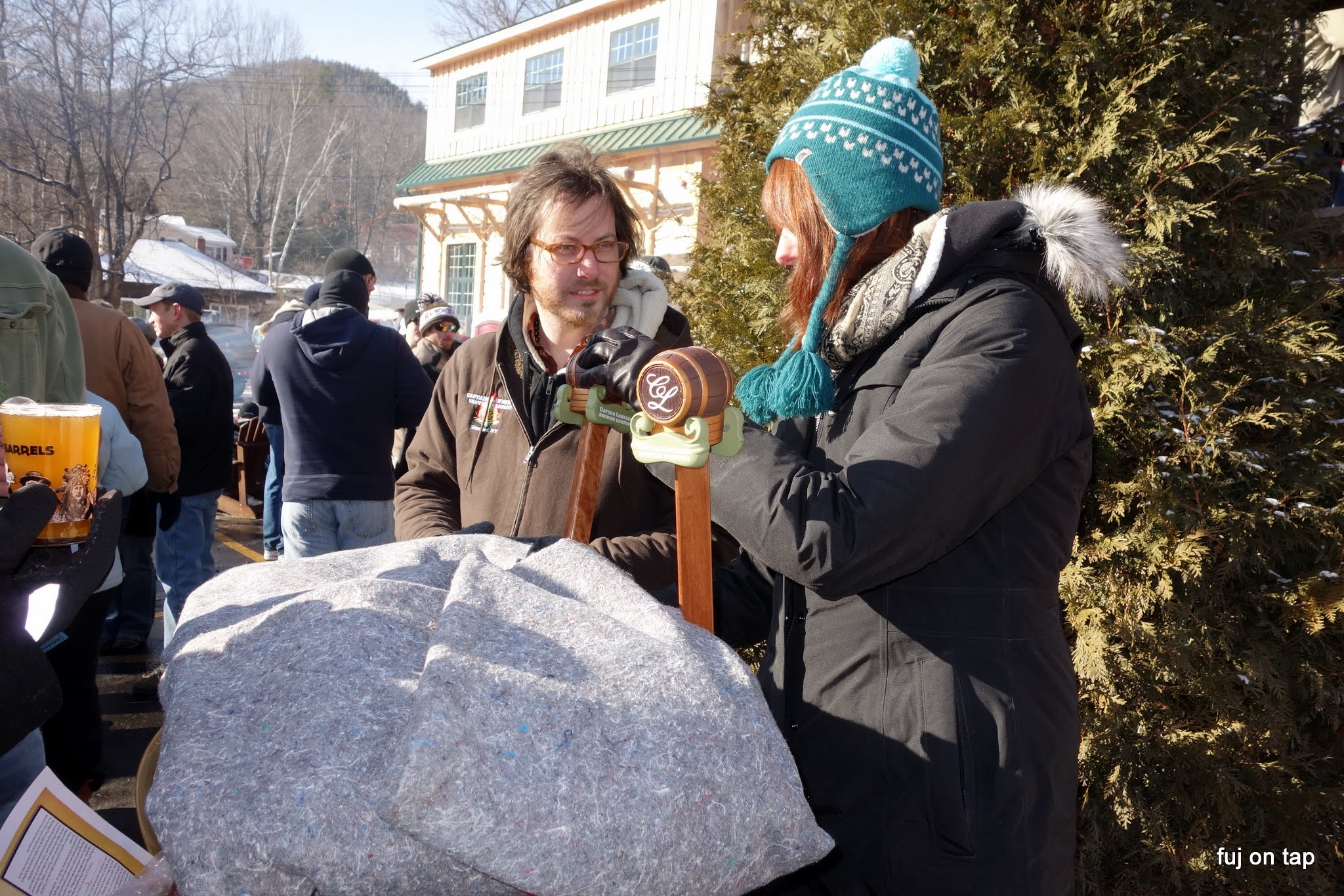 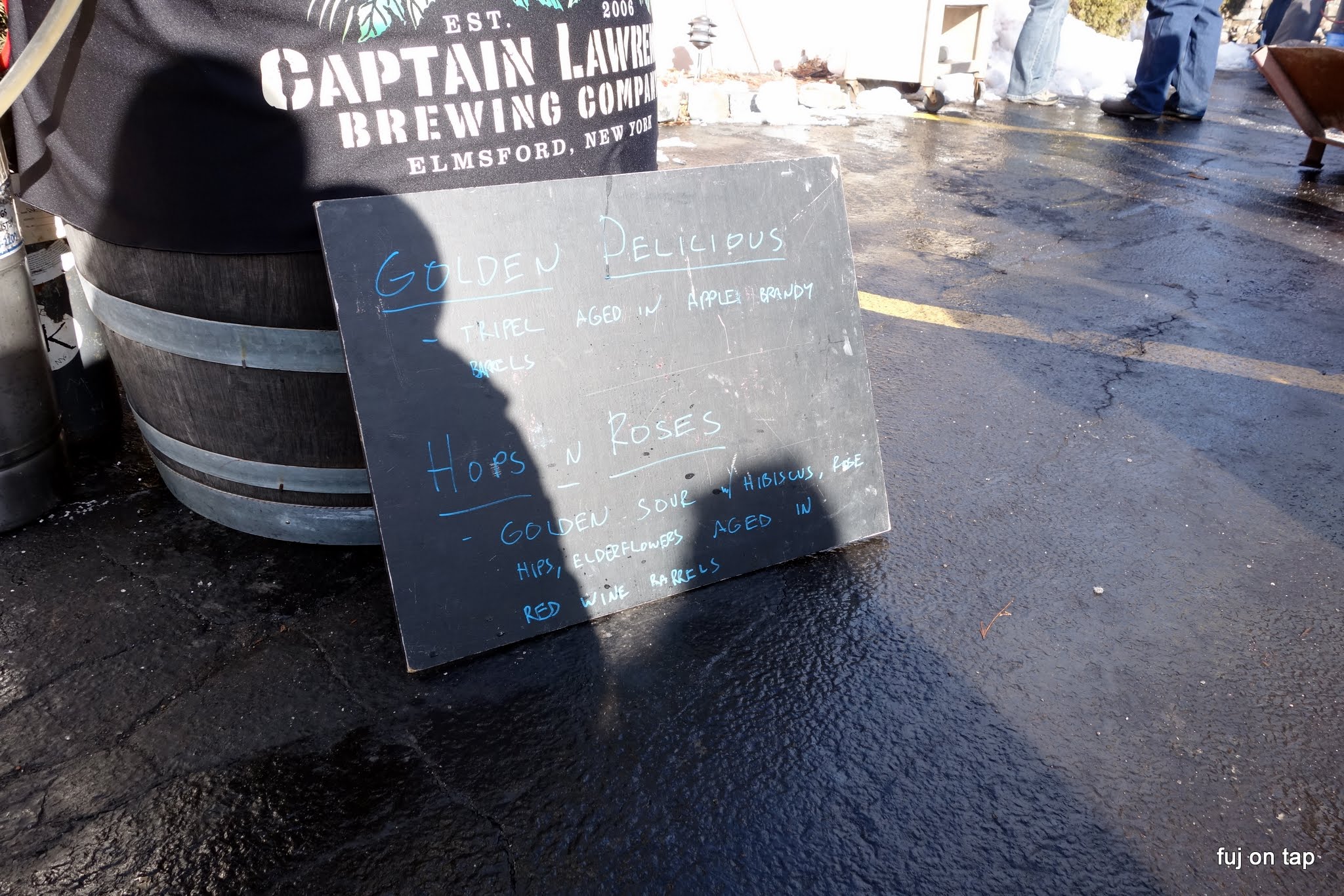 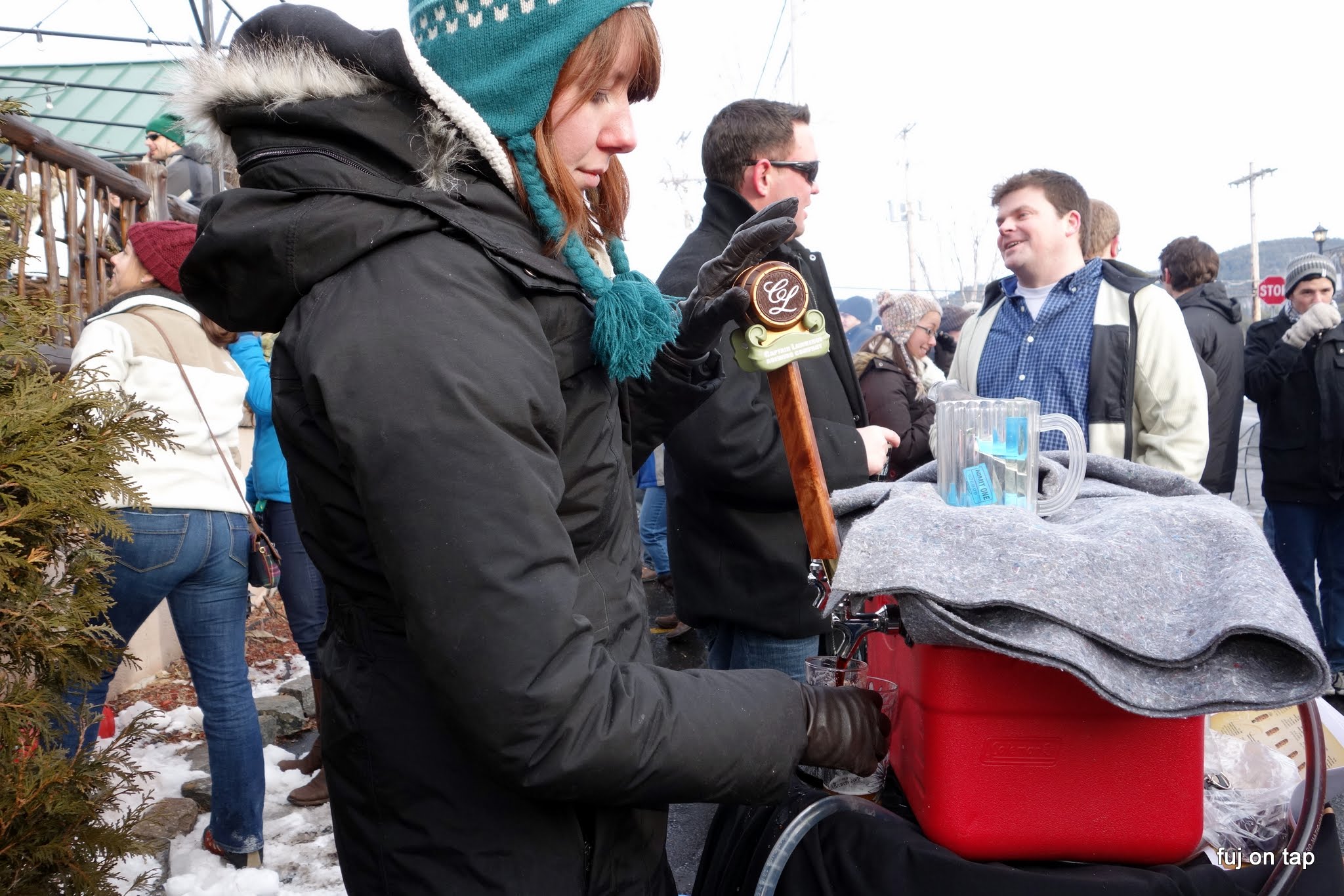 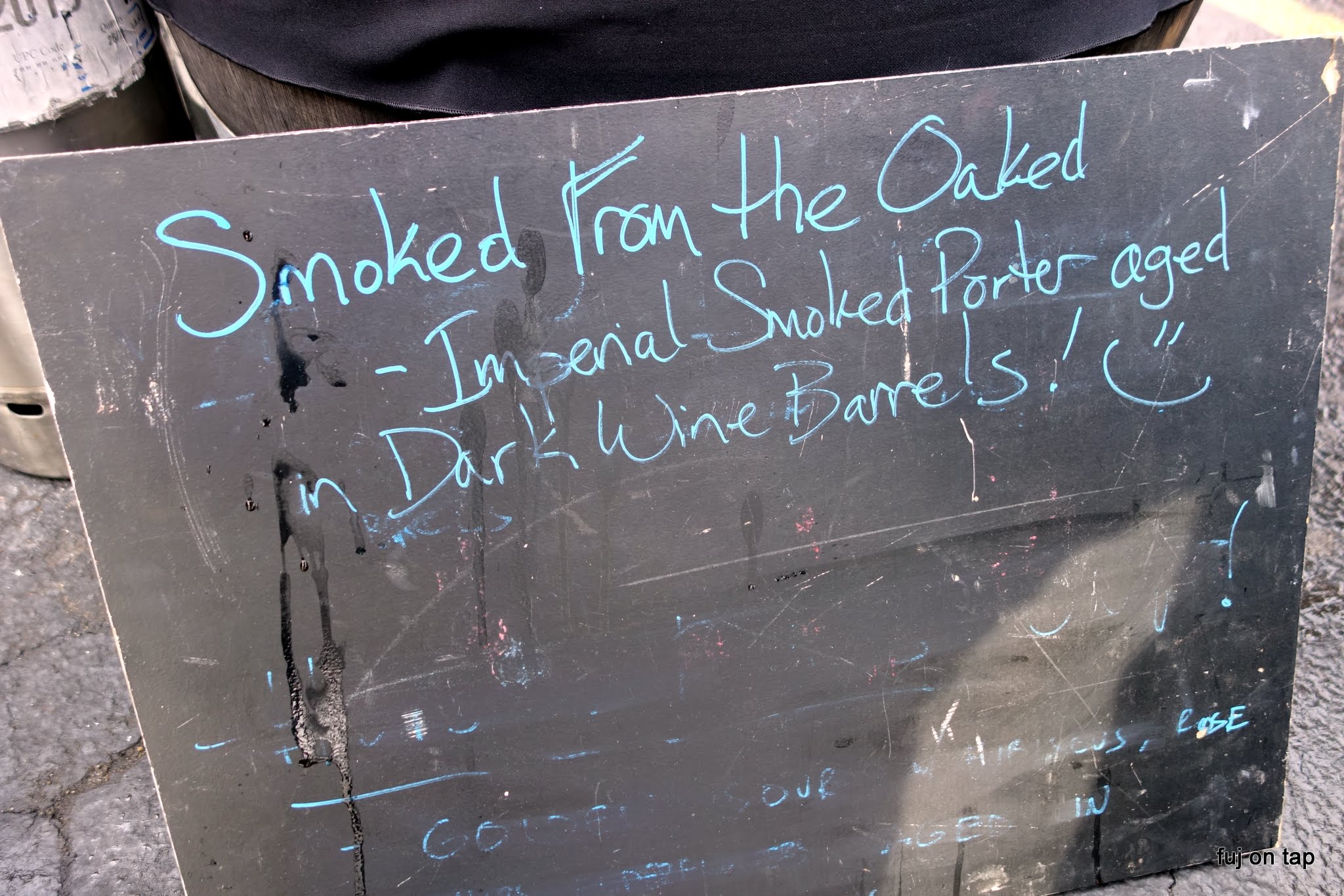 We tried just about every beer that Adirondack had to offer, and even a few of their regular drafts inside. Some beers ran out earlier than others and there was a discrepancy with the tickets. Some pourers were taking them, some weren’t, but for the most part drinking was unlimited throughout the festival. The standout beer of the day was without a doubt the double barrel aged Fat Scotsman. I honestly can’t think of another beer that does two barrel aging like this other than Hill Farmstead’s upcoming Double Barrel Damon (which is bound to be released while I’m at Hunahpu Day in March, for sure.) 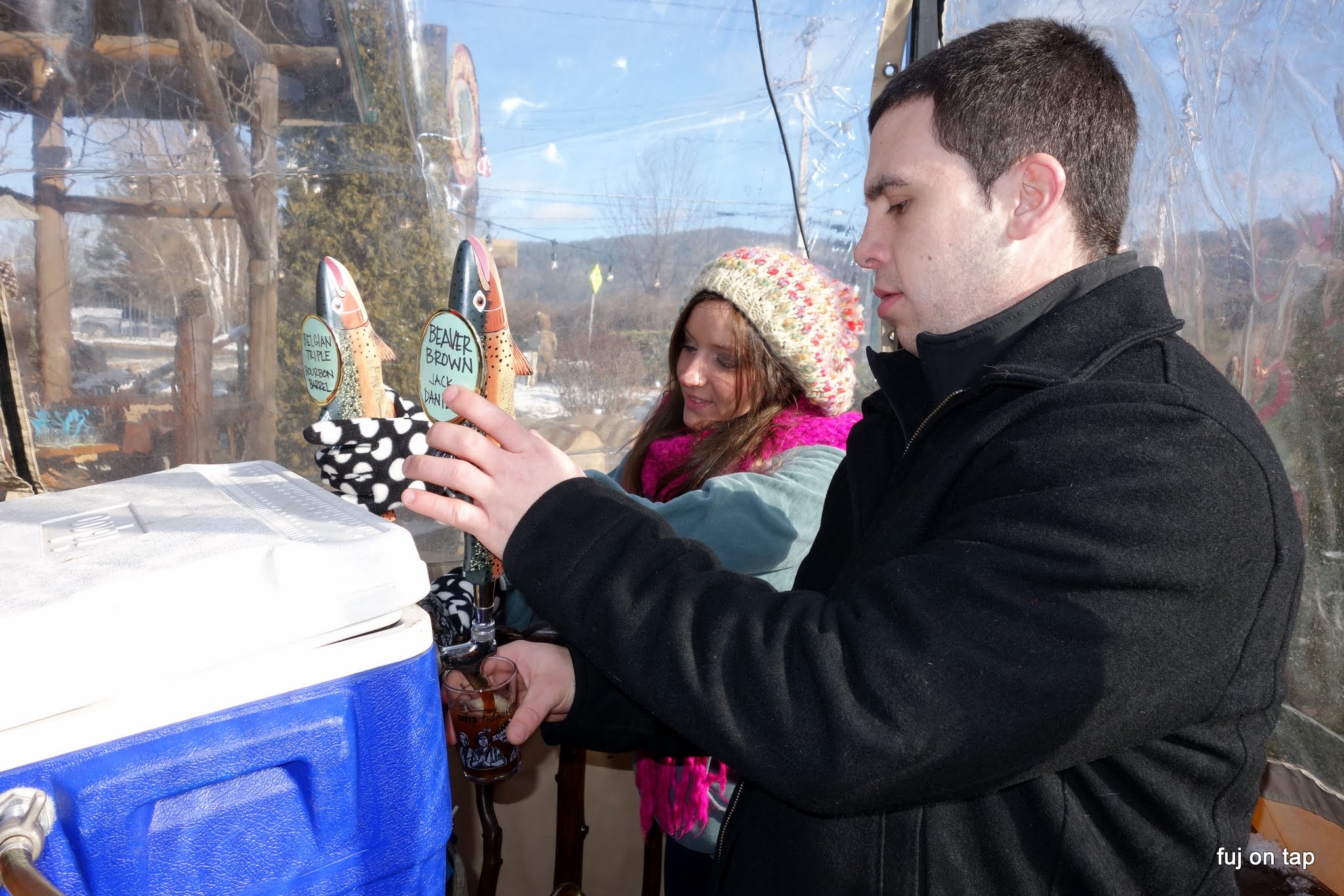 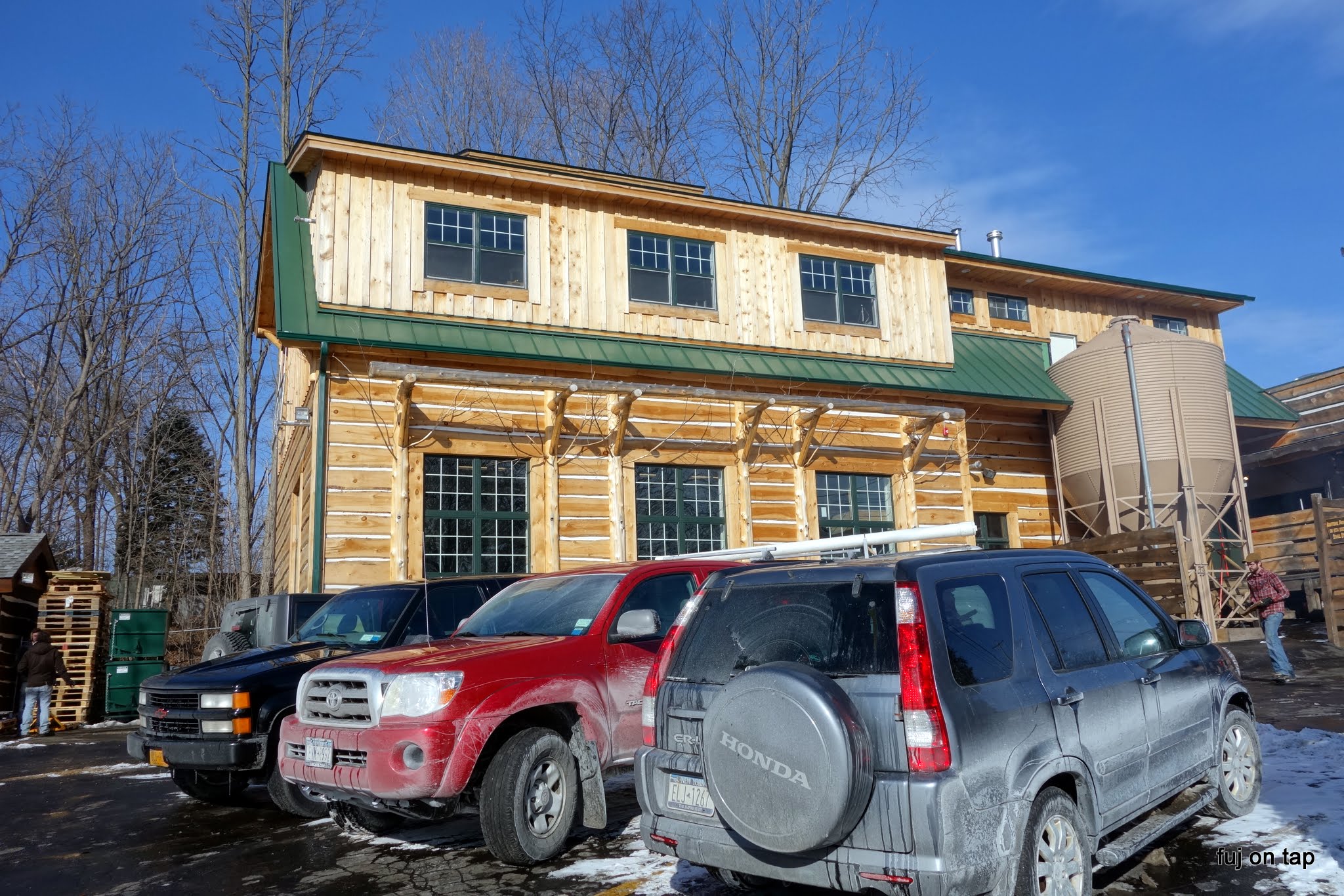 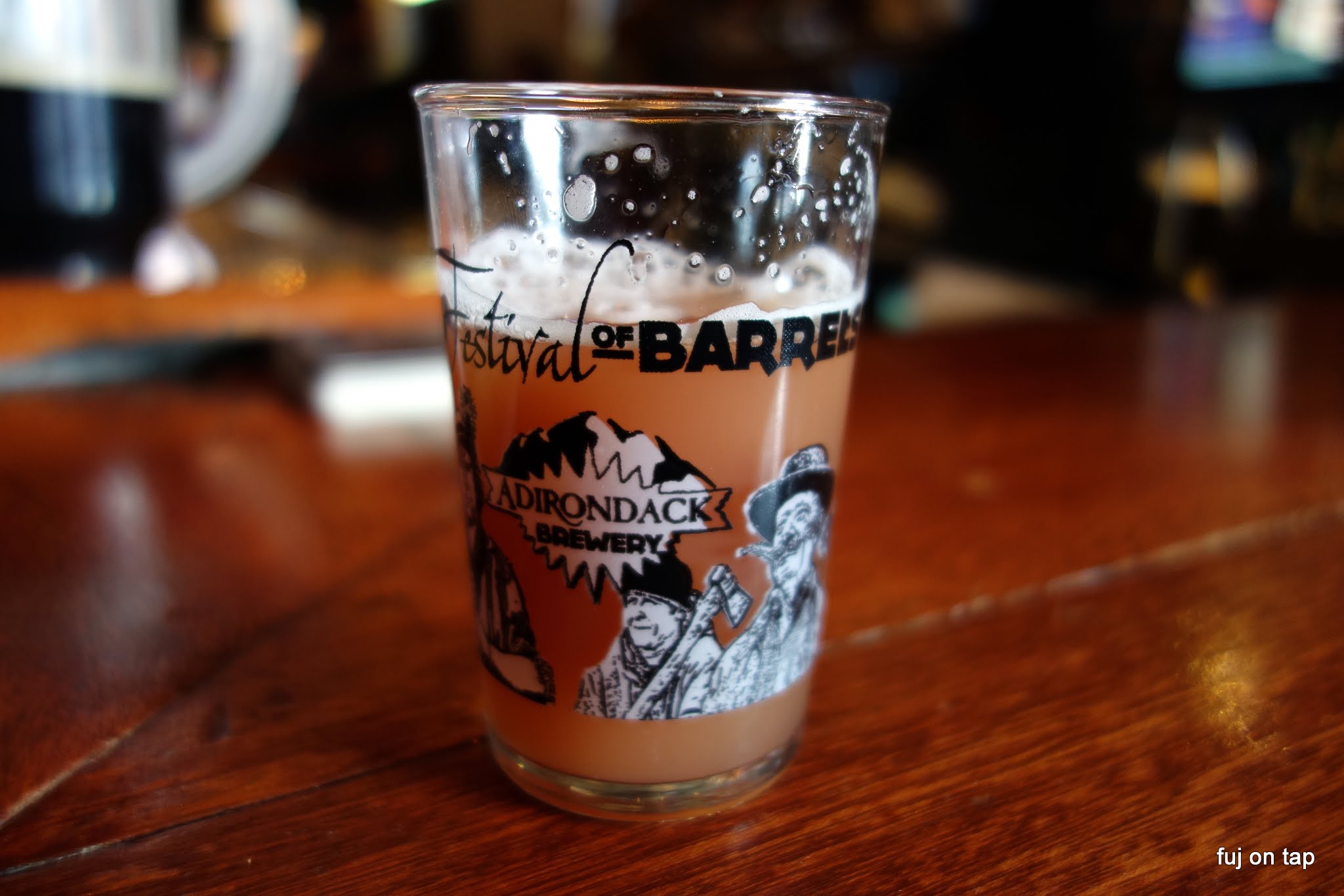 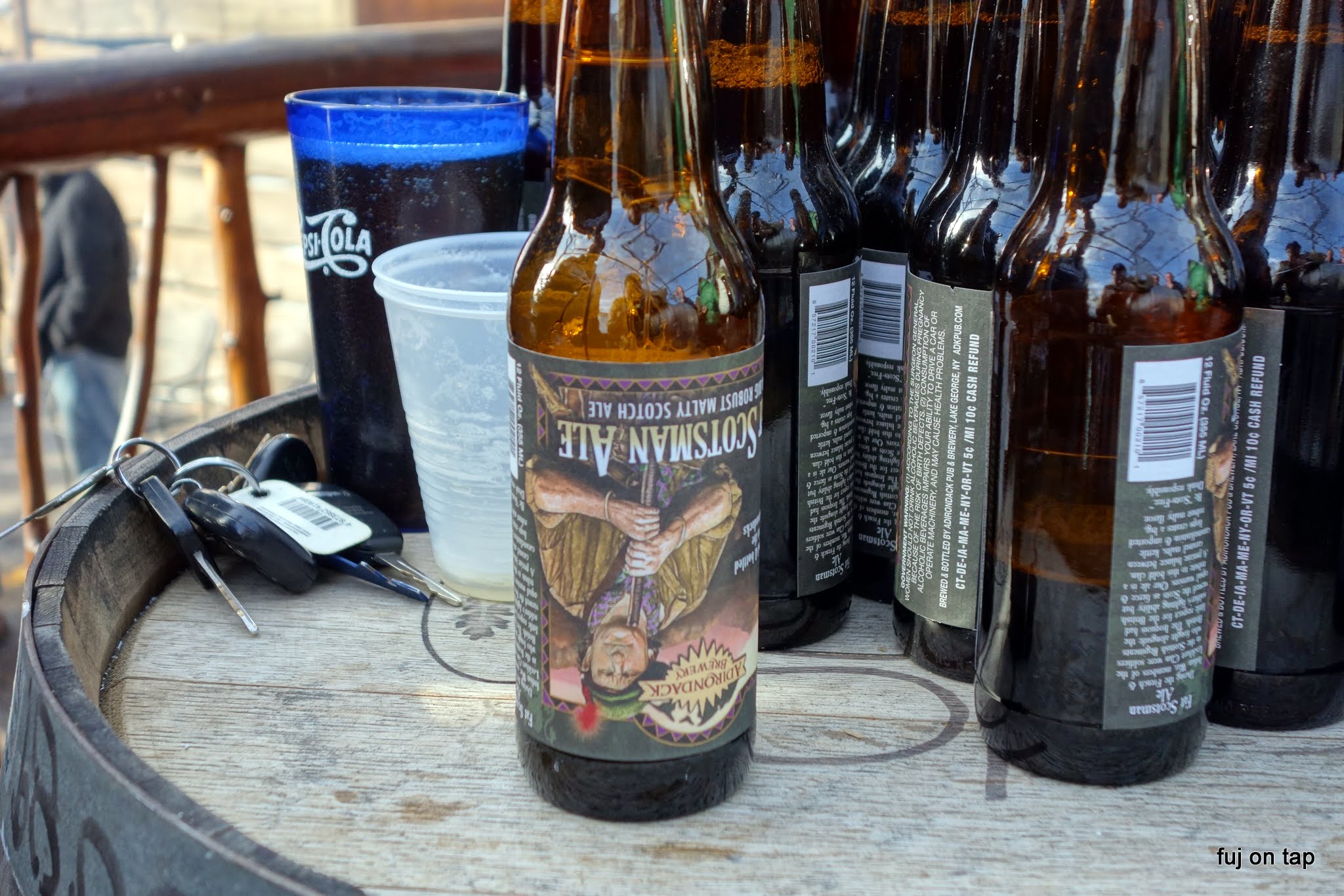 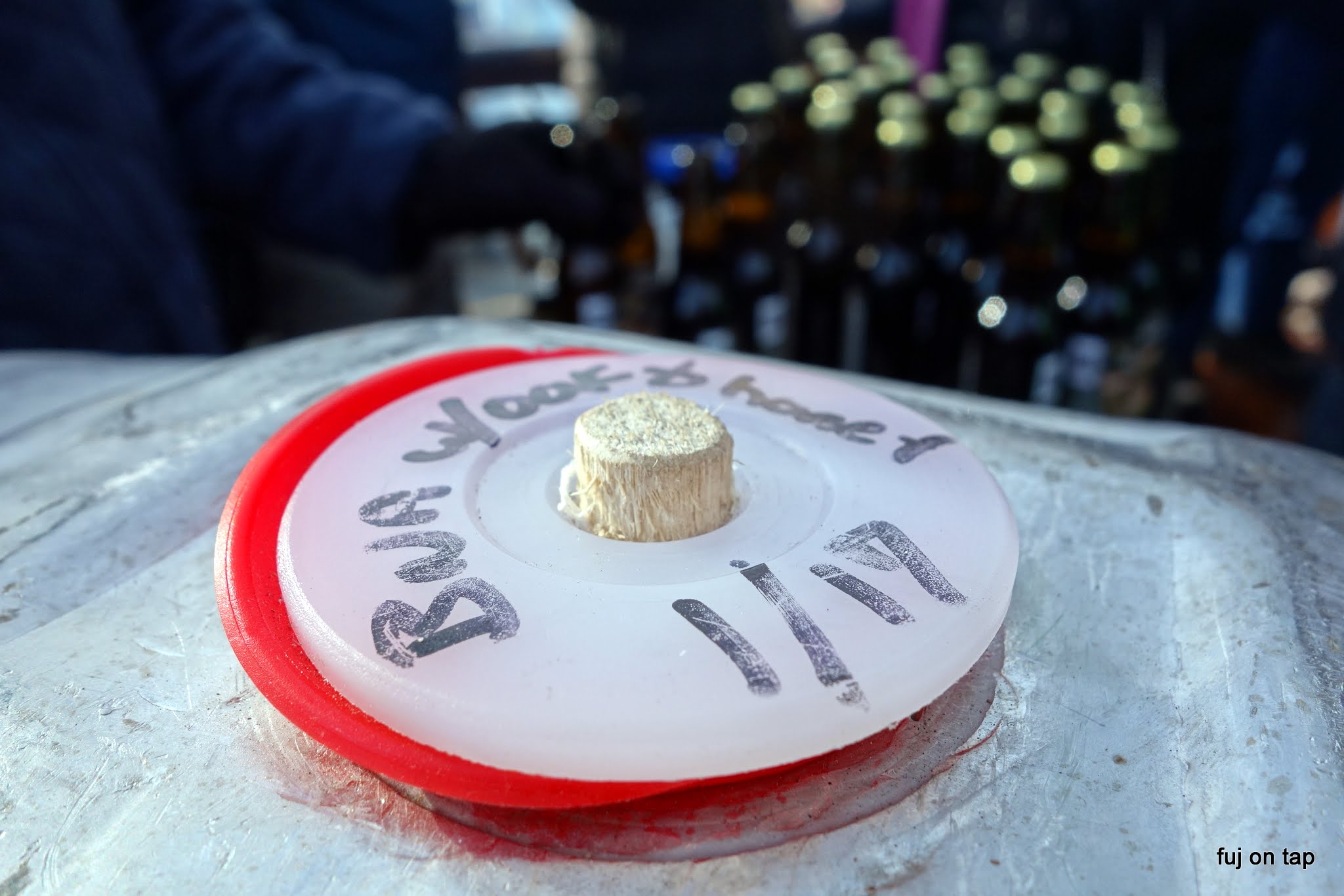 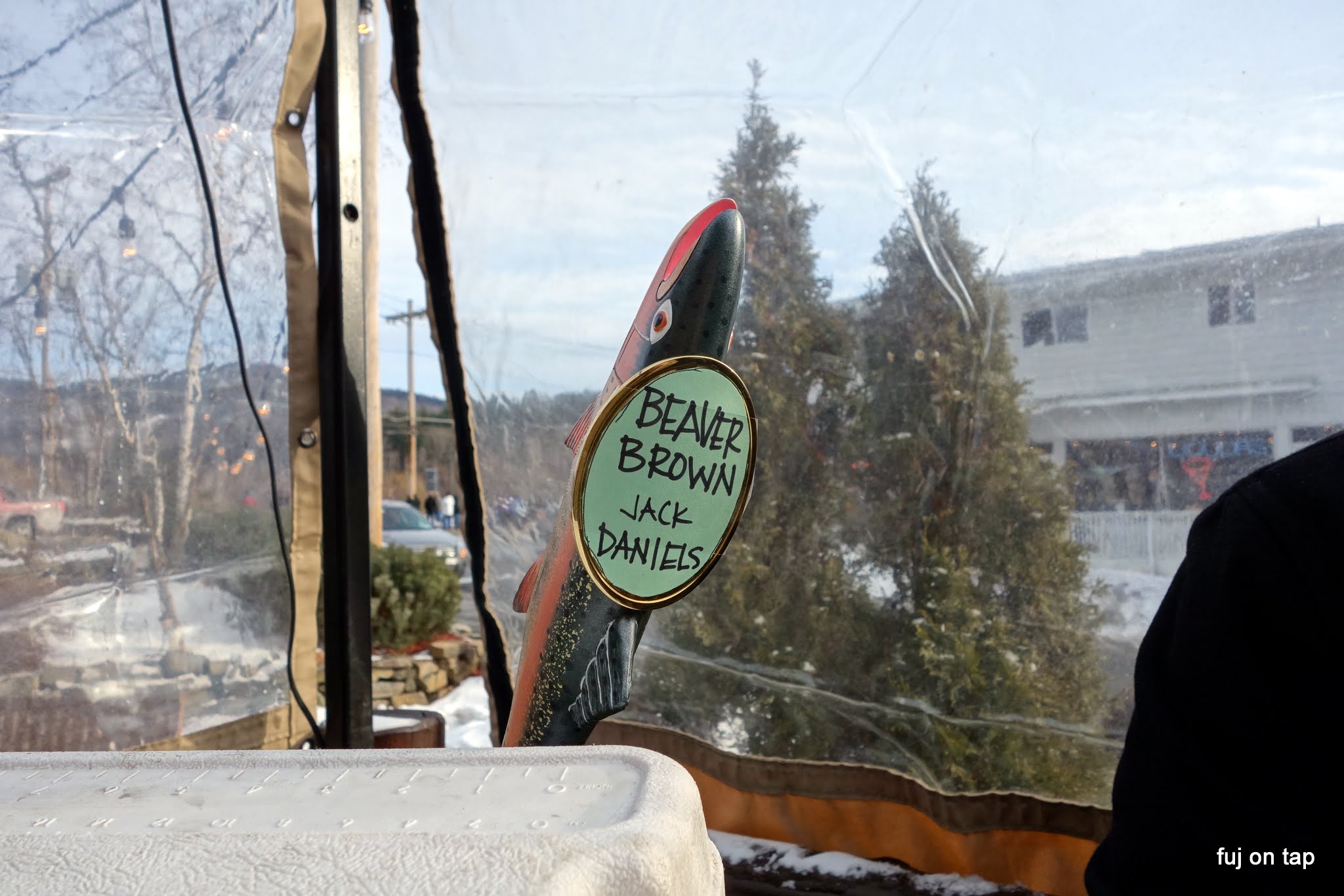 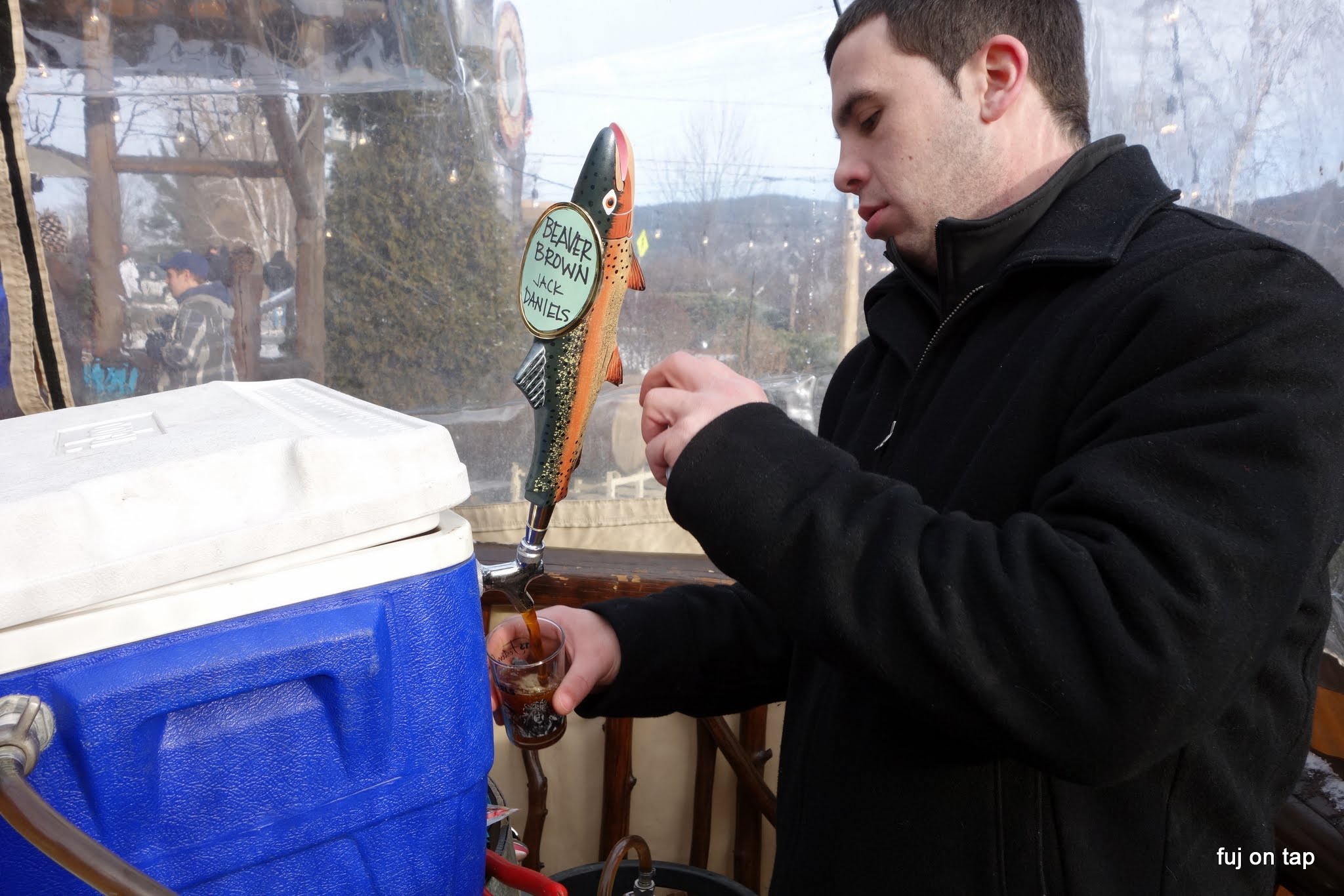 Owner John Carr making sure the fire pits are keeping everyone warm. 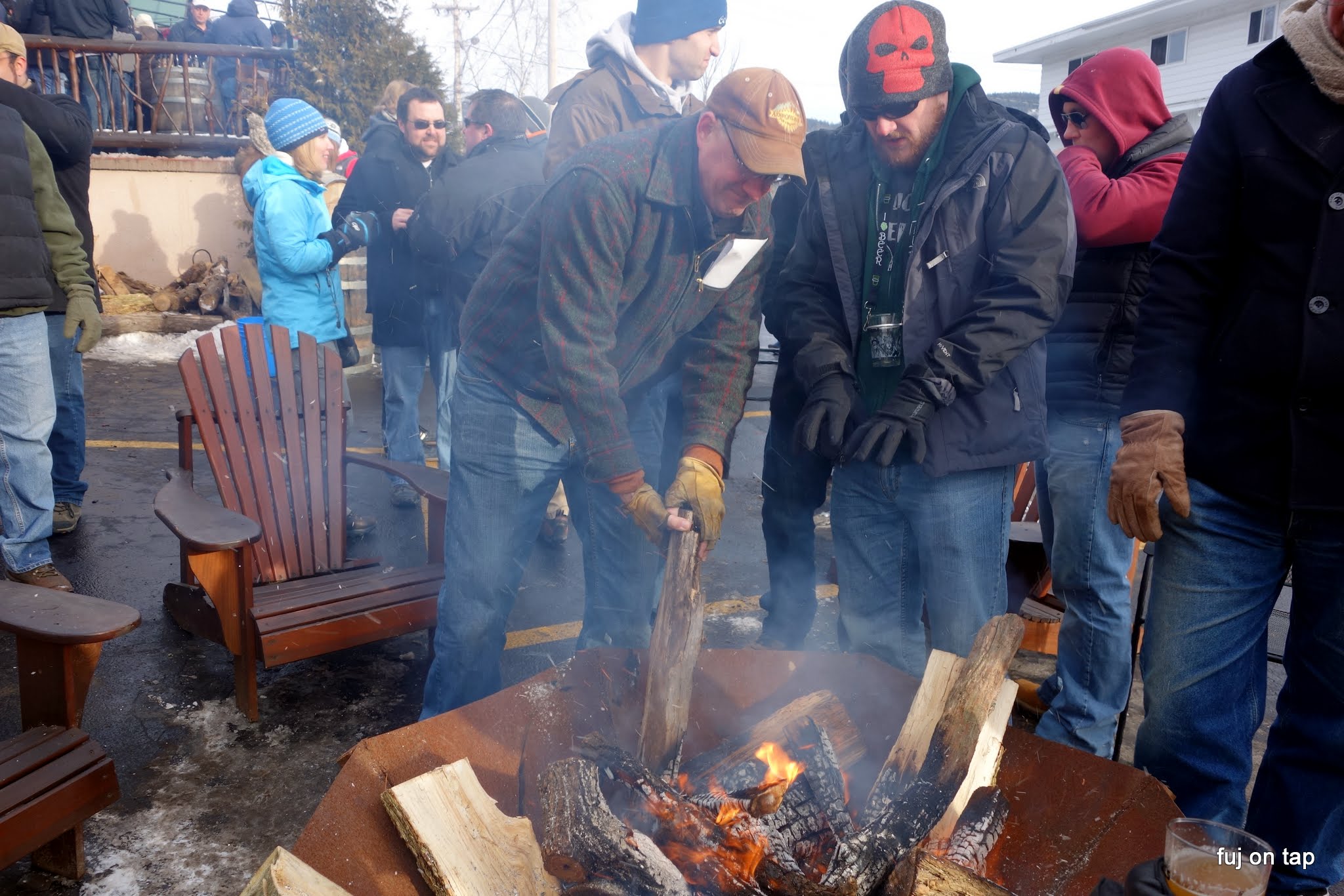 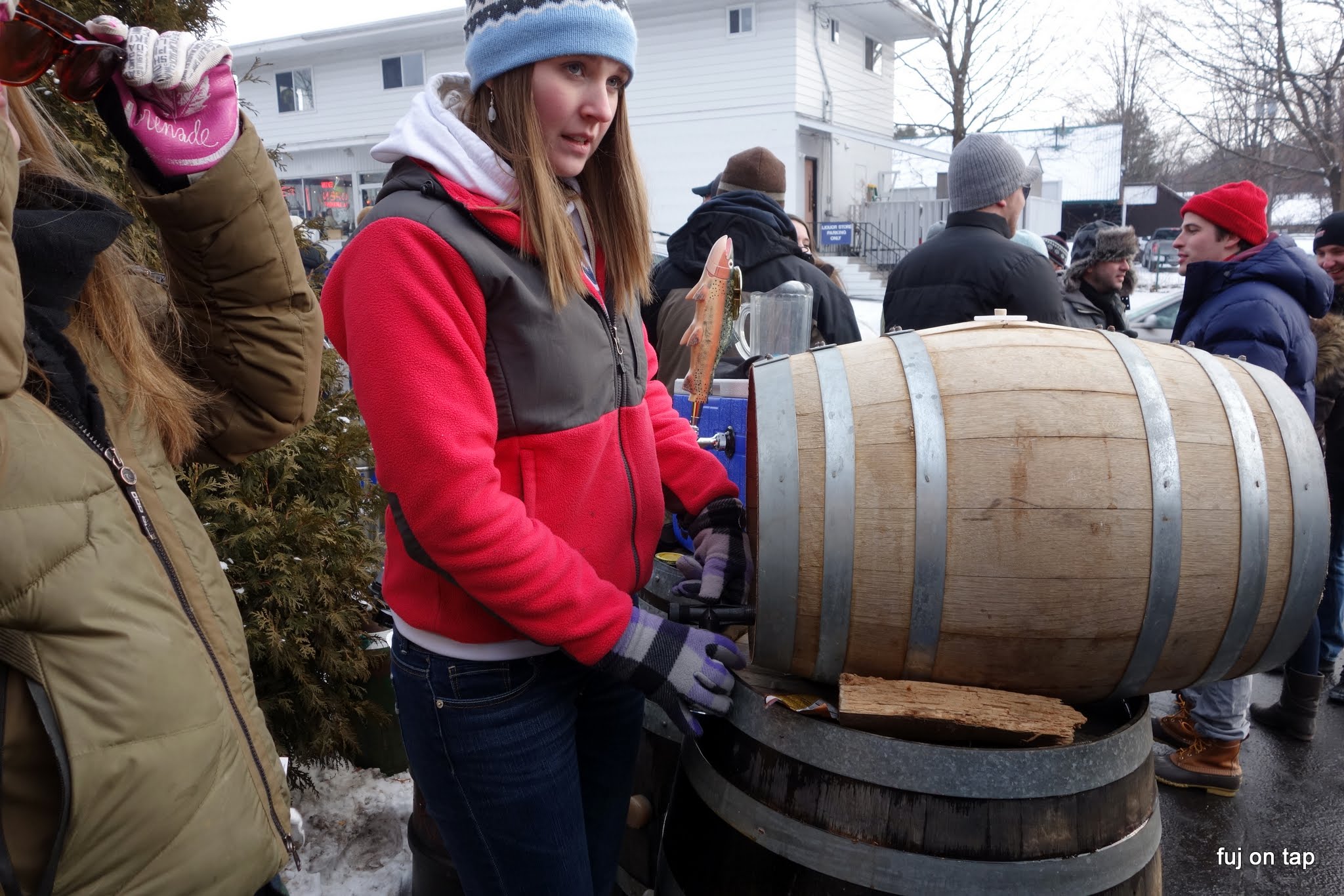 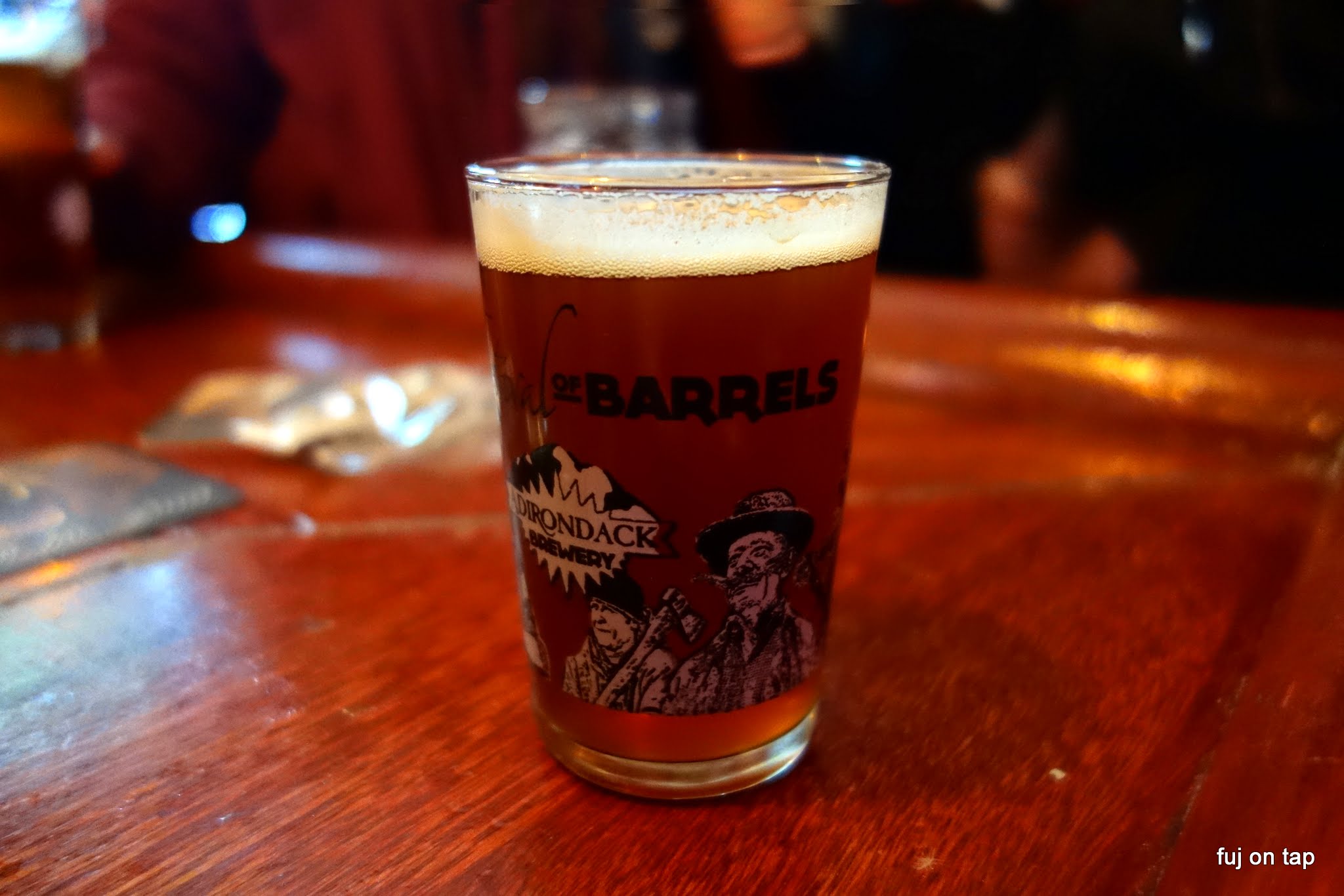 Some lucky bastards got to try some Vlad the Impaler later on in the day. I was not one of the fortunate ones, but I should have a couple of bottles coming my way from Portland when the latest batch goes on sale Saturday. 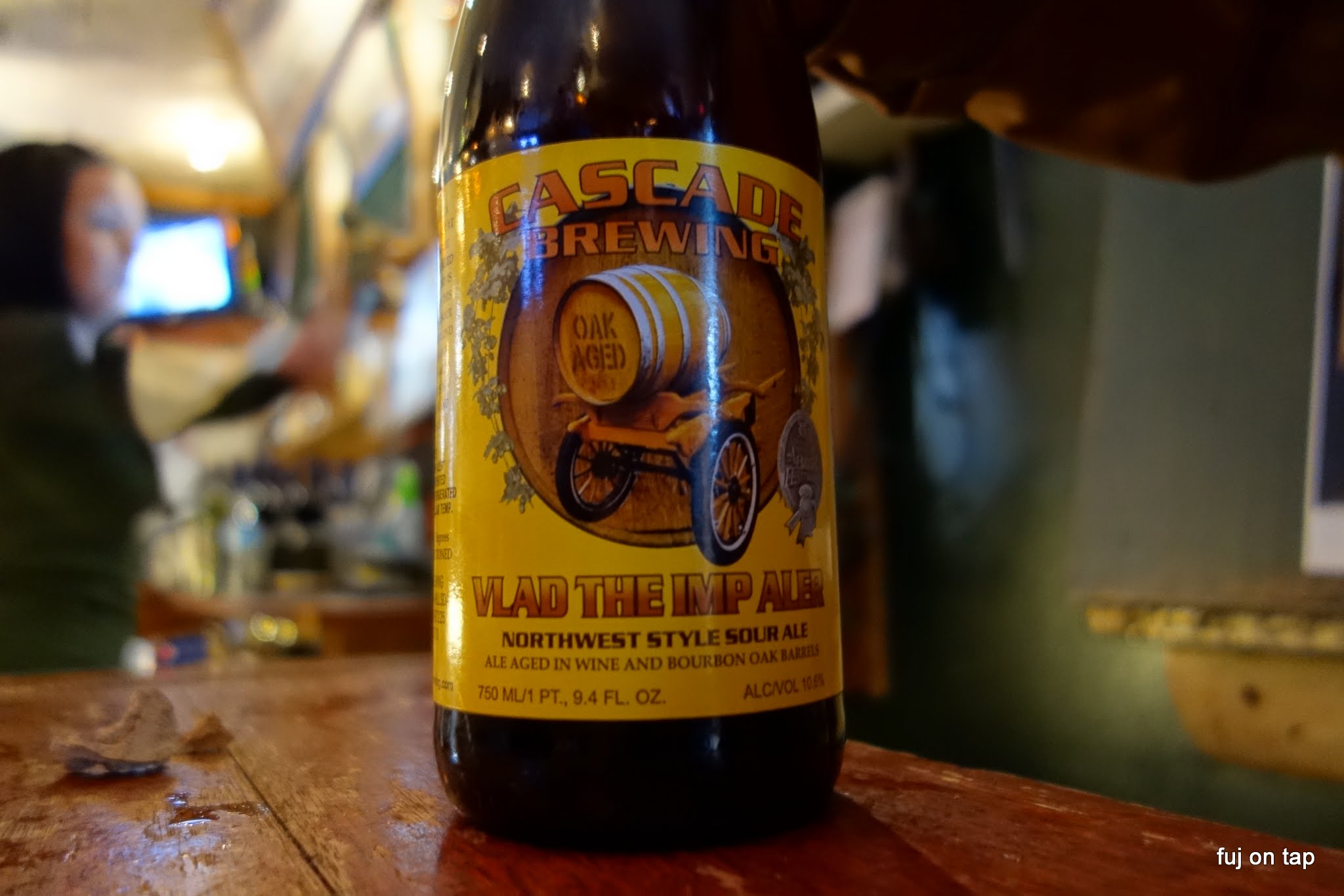 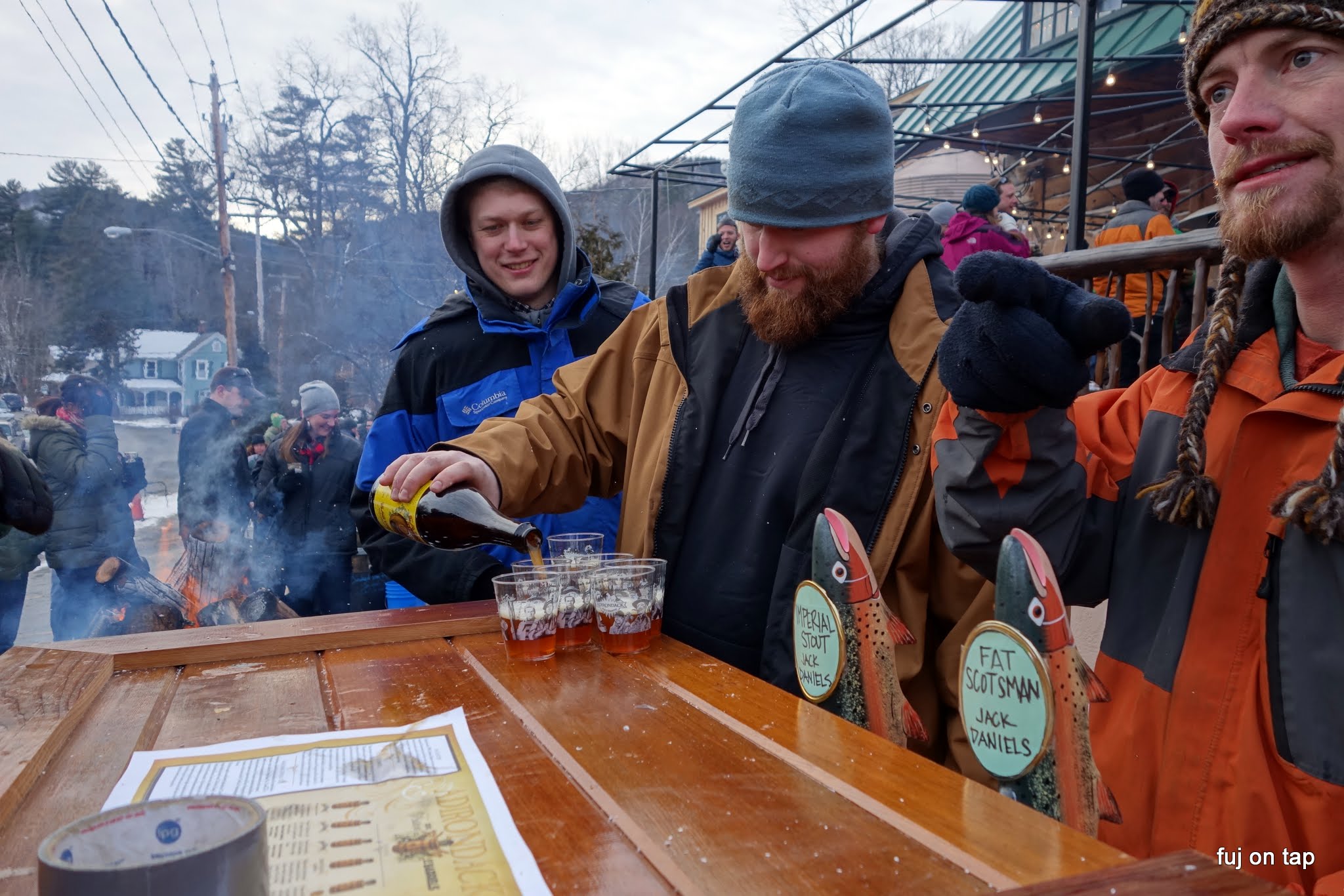 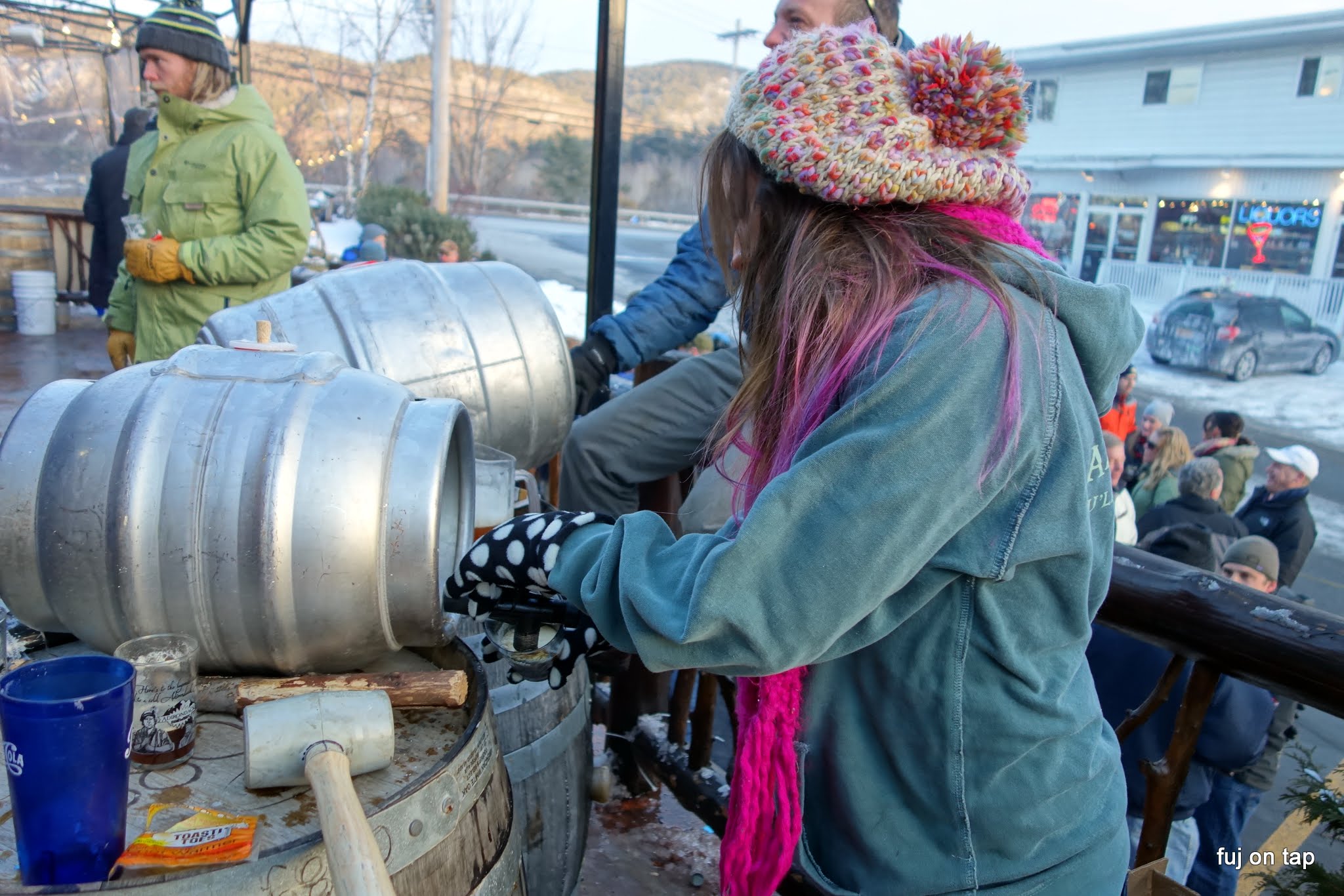 I was ill-prepared for how cold it was going to be on Saturday. Even though the Facebook event stated it was going to be outside I really didn’t think anything of it. Lucky a few fire pits throughout the parking lot kept us relatively warm while we finished off the last of our beers. 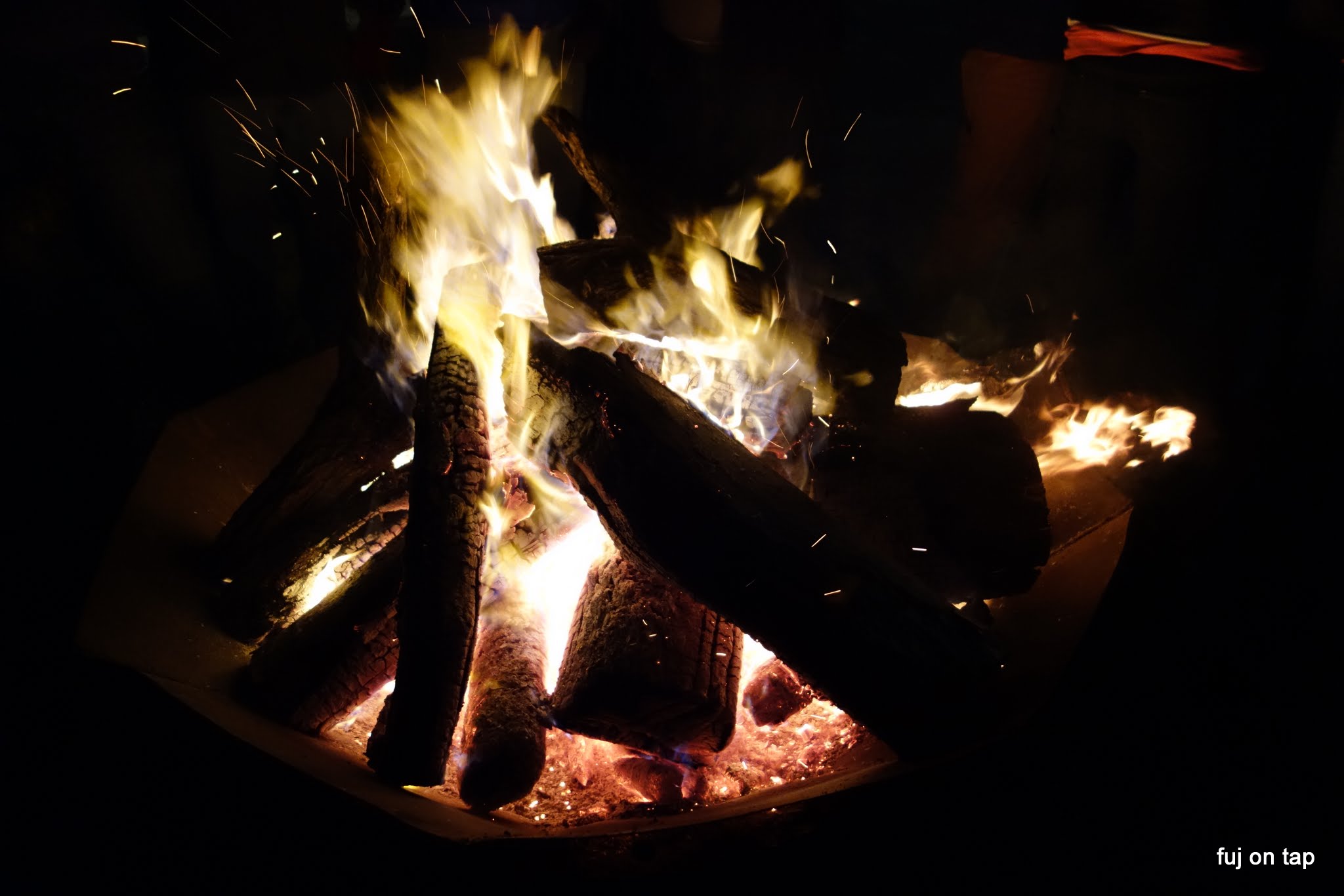 For $20 (pre-sale) this festival is absolutely worth going to. I was able to chat with both the crew from Captain Lawrence and the owner of Adirondack for much longer than you would at a typical beer fest, met some very cool people from Burlington to chat about VT beer and got to try some really unique, one off barrel concoctions that may never see the light of day again. How cool is that?