Heading out towards Boston has been a common occurrence for Elise and I lately (almost as much as heading up to Northern VT for monthly rations of Hill Farmstead, Lawson’s Finest, and Heady Topper). Between Night Shift, Idle Hands, Jack’s Abbey, Cambridge Brewing, Enlightenment Ales and others it’s well worth the 5 hours round trip it takes for us to go out there, fill up on great beer, hit one of the outstanding bars in the area for lunch or dinner and head back to the Capital Region.

Given that Night of the Barrels was rescheduled for the same week we’ll be in Florida for Hunahpu Day at Cigar City, we were kind of bummed we were going to be missing out on all of this great MA beer. Since Mystic was opening their tap room and we arranged to pick up a couple of special release beers at Night Shift, we pushed off our Valentine’s Day plans to make the trip to the Greater Boston area on Saturday instead.

We were greeted by a massive reclaimed door, a style that is reflected in a lot of the rest of the tasting room, from the bar, to shelves that hold their beer and swag to the table in the center of the room.

For $6, you got a full sized tasting glass with 2 oz. pours of 5 of the beers they had available Grand Opening Day. With two of us, we were able to taste just about all of the beers they were pouring, including a handful of tasting room only releases, like the Mystic Table Beer and the Half IPA (sadly we missed out on the sour as it was kicked before we even walked in the door). 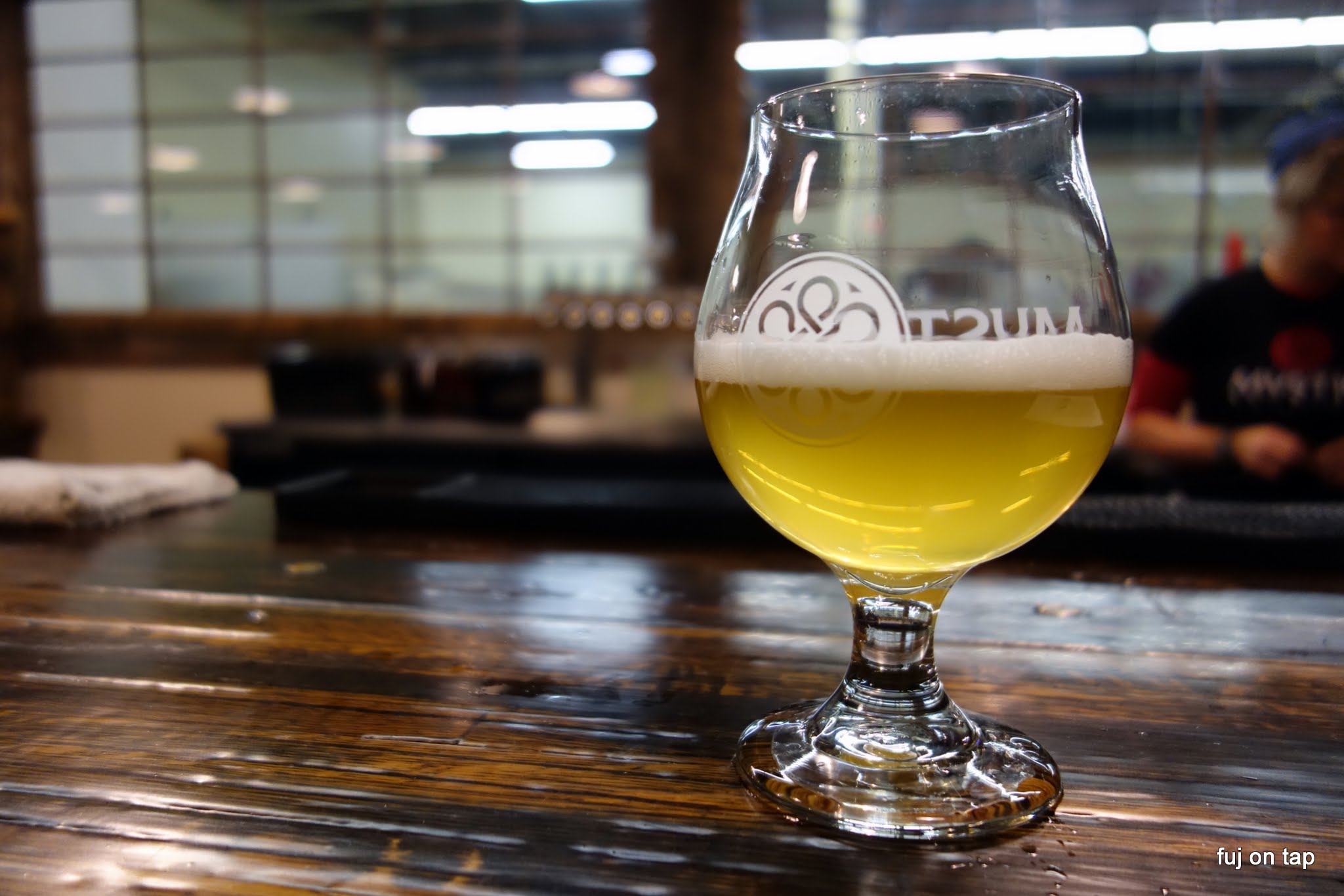 They used the caps to track how many tastings you’ve had. I’ll have to remember to keep mine from the Mystic beers I drink at home for future tasting room visits. (Just kidding!)

Some very cool mosaic banners they had hanging on the wall furthest from the bar. Is there a Patron Saint of Fermentation?

Included with your tasting was a tour from Bryan Greenhagen, founder of Mystic Brewery and self-proclaimed Beer Geek and Microbe Hunter. The tour was pretty informative, covering topics about how they brew offsite and bring in the wort to ferment onsite, how a lot of their techniques, equipment and ingredients stem from the wine world, and on a tangent how the surrounding area is mainly a food district and while under consideration something like a coolship would be highly discouraged. 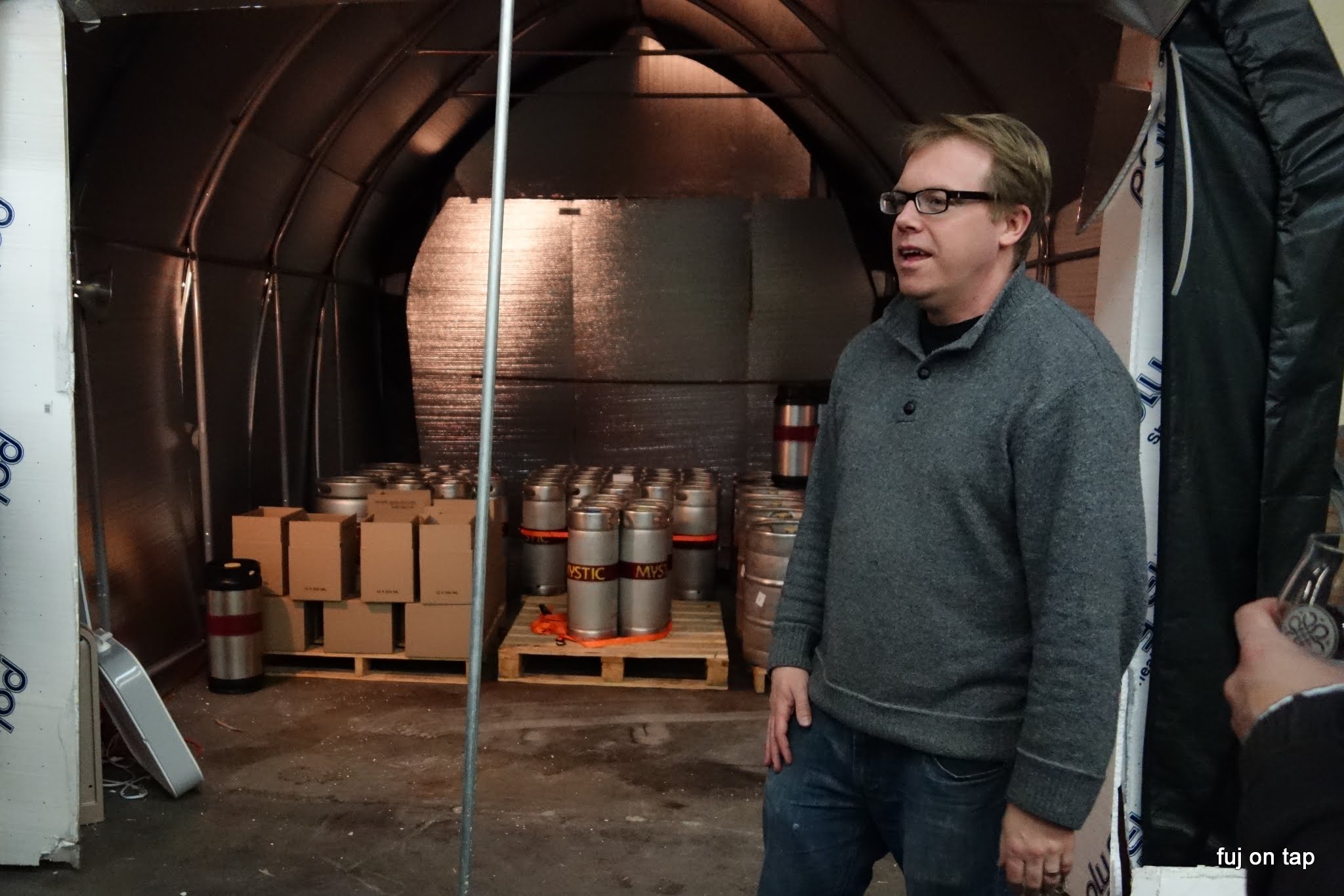 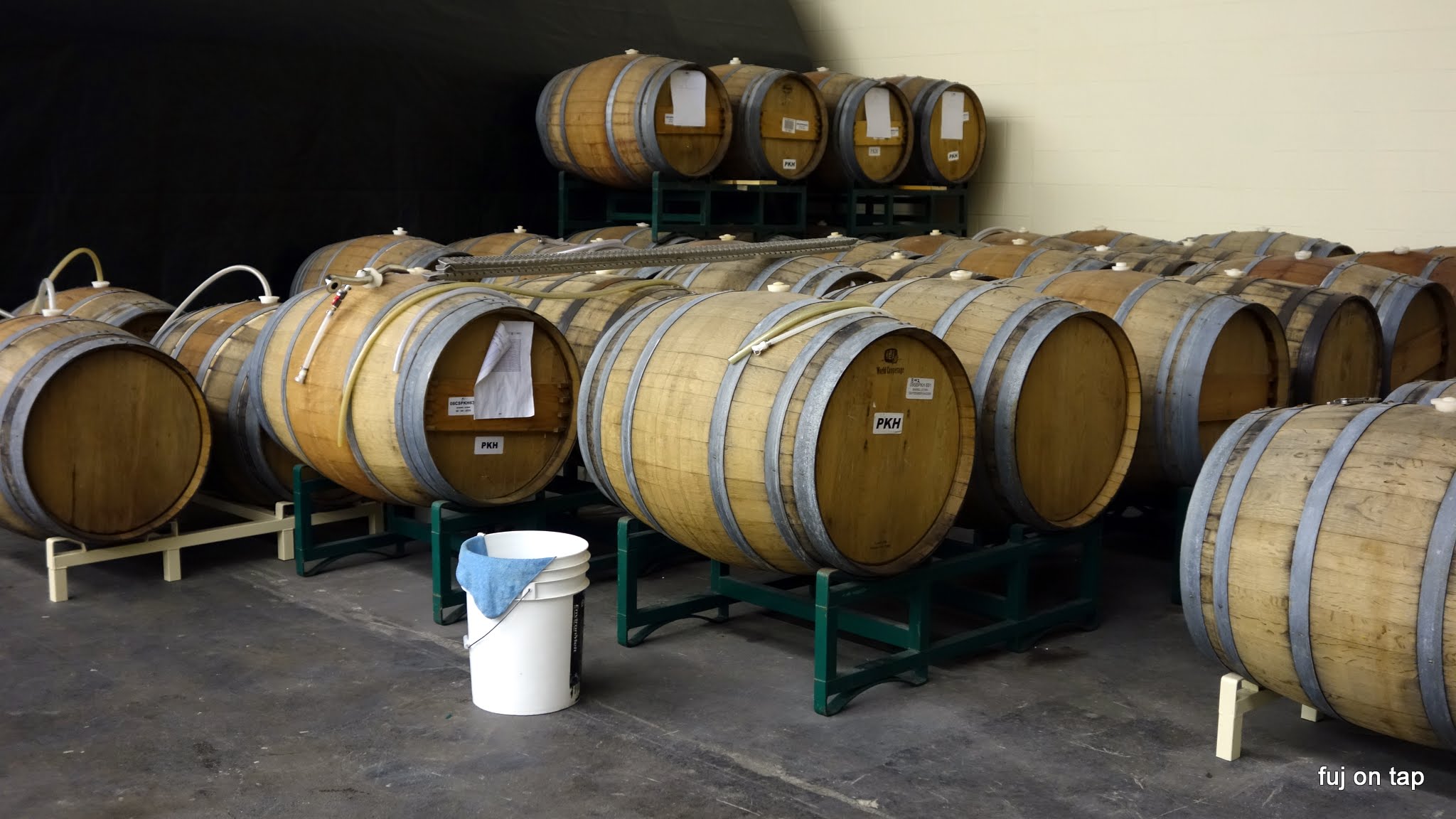 I had to do a little digging about this Founders Club. For $250, you got a ton of Mystic Swag, your name on this plaque, and The Mystic Perpetual Pass, which gives you free entry to any and all Mystic Brewing events and a guaranteed spot in line at any of their beer releases. How cool is that?

Given the size of the crowd, and the beers they had on tap were kicking left and right, the tasting room was clearly a hit. Cheers Mystic Brewing, looking forward to more of your beers in the future! 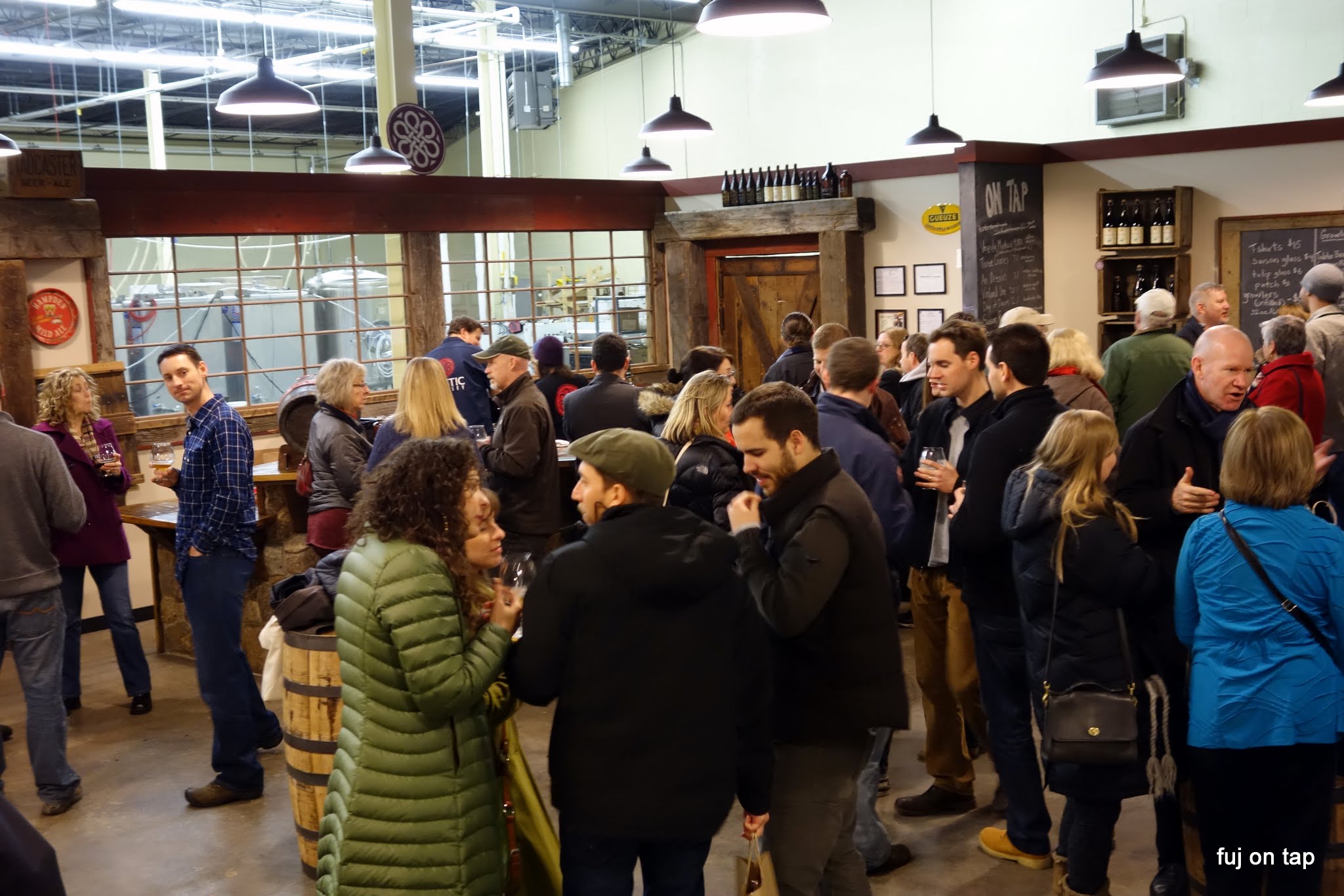 One thought on “Grand Opening of Mystic Brewery’s Tasting Room”