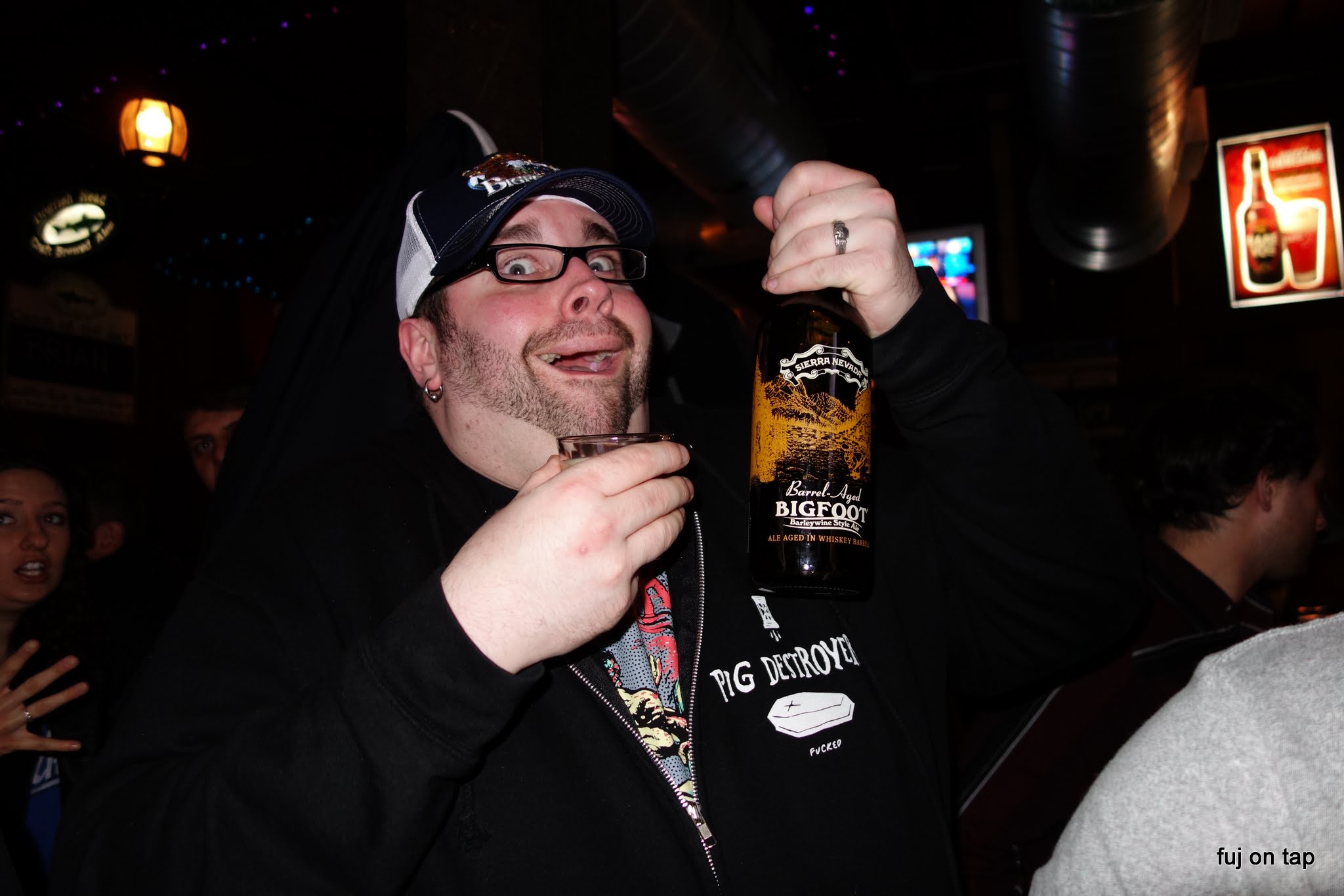 Last Friday night was the Sierra Nevada event at The Ruck. Oddly, most of the beers they were offering had already been on draft earlier in the week, even the Porter on cask and the Brandy Barrel Ovila Quad. Given that we were there for wing night on Monday and had already had the majority of the event’s beers on tap, this definitely took away a lot of the luster of the event away for our whole group; I’m sure we weren’t the only ones to feel this way.

I’m confused as to why they tapped the kegs early like this, but I’m also confused by a lot of their decisions on kegs these days, like waiting the better part of the week to tap Ghandi-Bot when it first hit the Capital District, sitting on a keg of KBS right now, and I’m sure others I don’t know about like the Ommegang/Game of Thrones Iron Throne and Barrier Relief that I had to walk over to Bootleggers On Broadway a couple of blocks away to get. I guess that’s why I don’t run a bar because I’d be too busy blowing my load with every awesome, hard-to-get new keg that came in instead of sitting on it in the beer cooler. But it does frustrate me as a consumer who likes to give my money to The Ruck to more often lately to leave The Ruck to walk to another nearby establishment, or drive 20 minutes to The Bier Abbey for brand spankin’ new Ghandi or drive 30+ minutes to The Factory in Ballston Spa (which isn’t even a beer bar, mind you) for just tapped KBS instead of drinking these over an order of famous Ruck wings. But I digress.

Let’s talk about the big boozy bastard that is Whiskey Barrel Aged Bigfoot instead, shall we? The whiskey in this is intense, both on the nose and the taste. The nose also has some vanilla and molasses, and in the taste there’s some bitterness from the hops present, but not nearly as much as fresh Bigfoot. Let’s be honest this is dominated by the hotness of the alcohol which is surprising given it’s “only” 12%; it feels much more so. There’s some maltiness and brown sugar in the finish but the alcohol definitely comes along for the ride all the way to the end. This beer is harsh and could use some time aging to bring down some of this heat. I would have had trouble drinking this one by itself. (By the way, thanks for Sierra Nevada rep Scott Sullivan for sharing this one.) At $16ish a bottle at Oliver’s was it worth picking this one up? Yeah, it’s worth the try for sure and I plan on sitting on mine for a while to see if this improves. At close to three times that a bottle at The Ruck? Well even if you split it between five people at around four ounces a pour, you’re looking at $9 each for what’s essentially a few sips. That puts this in Vlad The Imp Aler territory moneywise (with shipping) and this beer comes nowhere near as good as that. Even still, if that was your only way to get your hands on a bottle of BA Bigfoot, it may have been worthwhile.

It’s worth mentioning that Scott is putting on another Sierra Nevada event at the Tap and Mallet in Rochester on the 20th. The tap list hasn’t been posted online, but Scott says there will be over 20 different beers, with several different vintages and barrel treatments for Bigfoot, with 6 different beers even he has had. It should be a good opportunity to try some hard to find beer for the Sierra Nevada fans out there.