Didn’t have much time to spend at last Thursday’s Tap Takeover at The Lionheart, just enough to grab a couple of beers and chit chat with the fine folks in the local craft beer scene. Even still, I’m happy Elise and I could come out to support Remarkable Liquids in their quest to bring some great new beer to the Capital Region.

The tap list included a handful of beers from Evil Twin and Stillwater Artisanal, including Imperial Biscotti, Yin and Yang, Of Love and Regret, Lower Dens, Folklore and more. 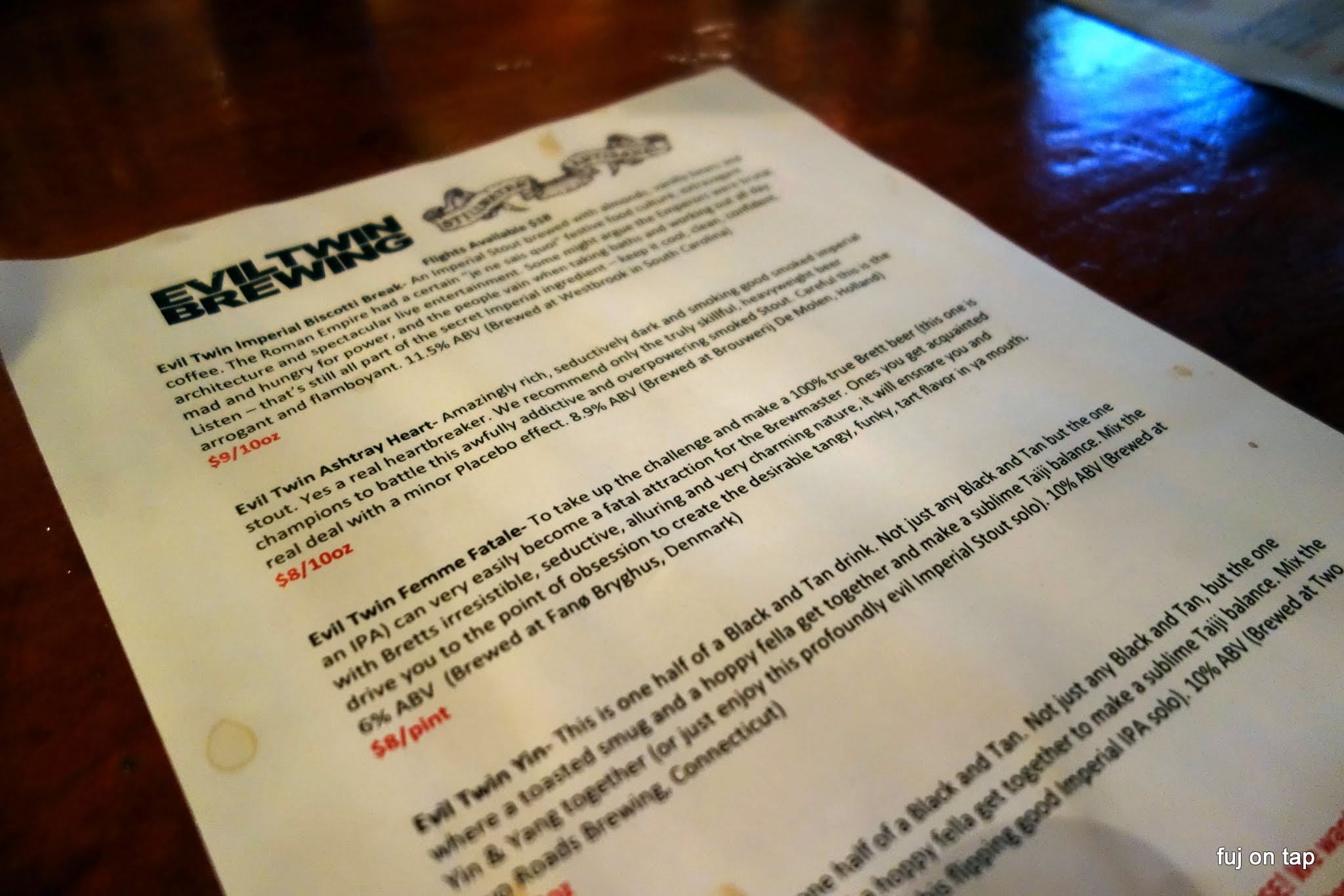 I kicked off the night with The Beer Formerly Known As Black Out Imperial Porter, the base beer for one of my recent favorites, Imperial Biscotti Break, while Elise sipped on Stillwater’s Of Love and Regret. Black Out is one of those beers that gladly blurs the lines between Porters and Stouts (and at this point we should probably just give up the distinction) with its high ABV, huge body, bittersweet chocolate, burnt sugars and extremely roasty malt characters. This beer was a sipper for sure, and while good is really overshadowed by its Imperial Biscotti big brother.

The rest of the night was rounded out with half pours of Statewide Saison, Lil’s B, and a blend of both Yin and Yang on draft. I’ve had the Yin & Yang blend in bottle before, but I was really surprised at how much more hops came through in the draft version. 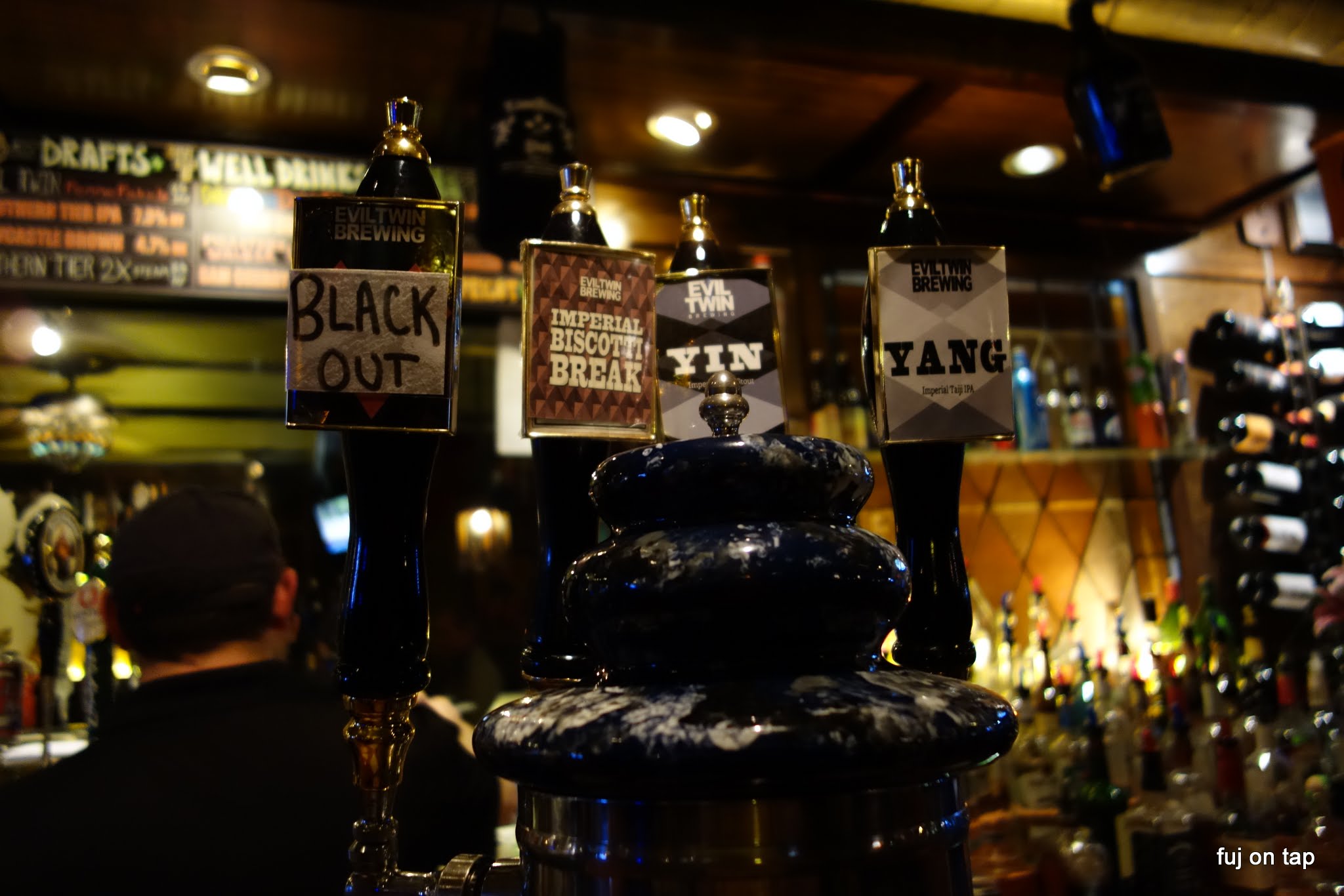 It was good catching up with Porter Pat and Lambic Larry. Most of my weekends are spent out of town, or even out of state to various beer events and I don’t get to see these old school beer geeks that often. Hopefully with the warmer weather approaching we’ll get some Kay’s time on the books.

Remarkable Liquids just announced another tasting at The City Beer Hall, again featuring Evil Twin and Stillwater Artisanal, with the addition of Bierbrouwerij Emelisse. See ya there?