There’s a couple of MA lunch stops I wanted to share with you this week before I go there again with new updates. The first one comes from a recently expanded B.T.’s Smokehouse in Sturbridge, MA, right around the corner from Cedar Street Grille and a short jaunt from Tree House Brewing Co. It’s a place I’ve recommended to several of you in the past looking for something to add to your Tree House beer travels and while Cedar Street usually has Tree House on tap, at B.T.’s you can actually bring your own Tree House growler in with you and drink it while you feast on some seriously top notch BBQ. 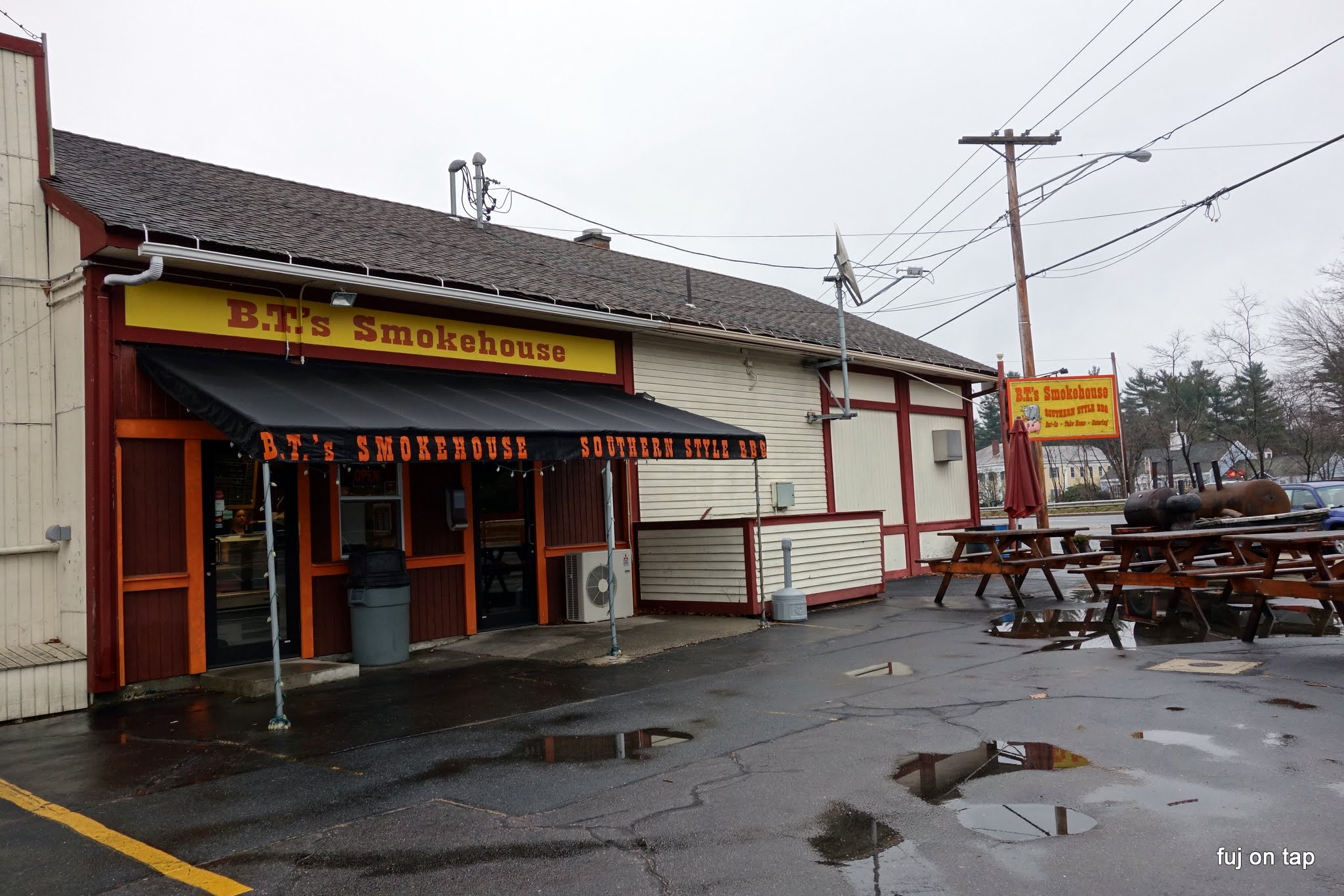 Occasional Fourteen Stone member Nate and I decided to hit up BT’s on a rainy December afternoon after a stop at Tree House for their release of King Julius. I only had three growlers with me, and two were filled with the King and the other with That’s What She Said for Elise, so I opted to not bring in any growlers with me into B.T.’s (although a quick perusing of their Facebook will assure you they are very Tree House growler friendly).

Before you even open the door you’re hit with this wall of smoked meats aroma, followed by a daunting selection of cow and pig choices on a chalkboard over the main counter. There are so many things here worth trying it’s difficult to decide on just one, leaving you wanting to come back and try something new each time. 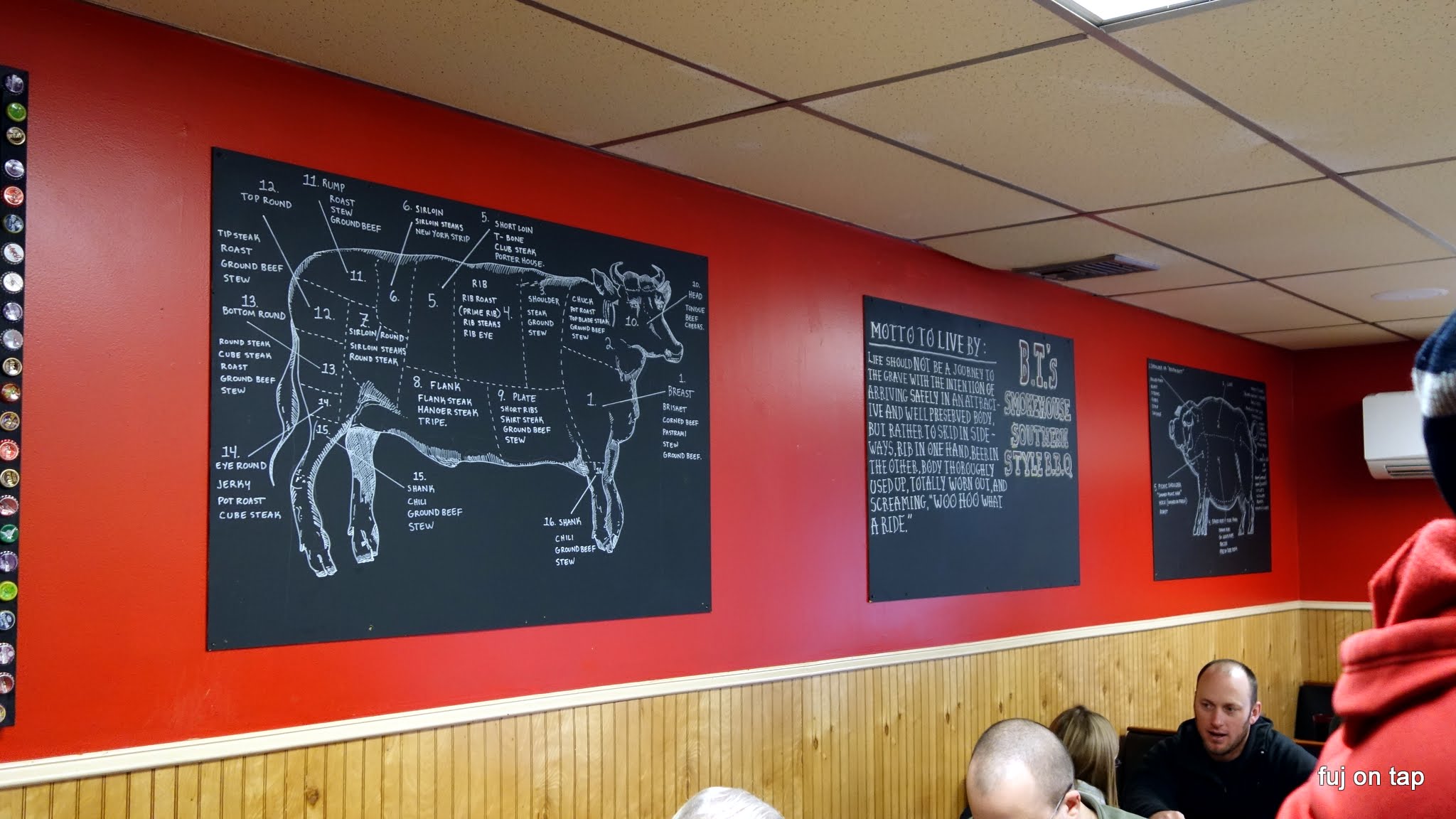 This is the kind of art I want hanging on the walls of my kitchen. Or as tattoos.

Given that there were two of us we decided to split one of their massive Pig Trip platters, with huge portions of beef ribs, pulled pork, 1/2 rack of pork ribs and brisket, paired with dirty rice, mac and cheese and BBQ black beans. While we waited for our order, we chose from the myriad of BBQ sauces available and took our seats at the counter facing the kitchen.

The counter was littered with some frankly raw, badass looking bottle openers from Hand Forged Works in North Andover, MA, each begging you to crack open a beer (or someone’s skull) with it. Check out some more of their works for sale on their Etsy page here. 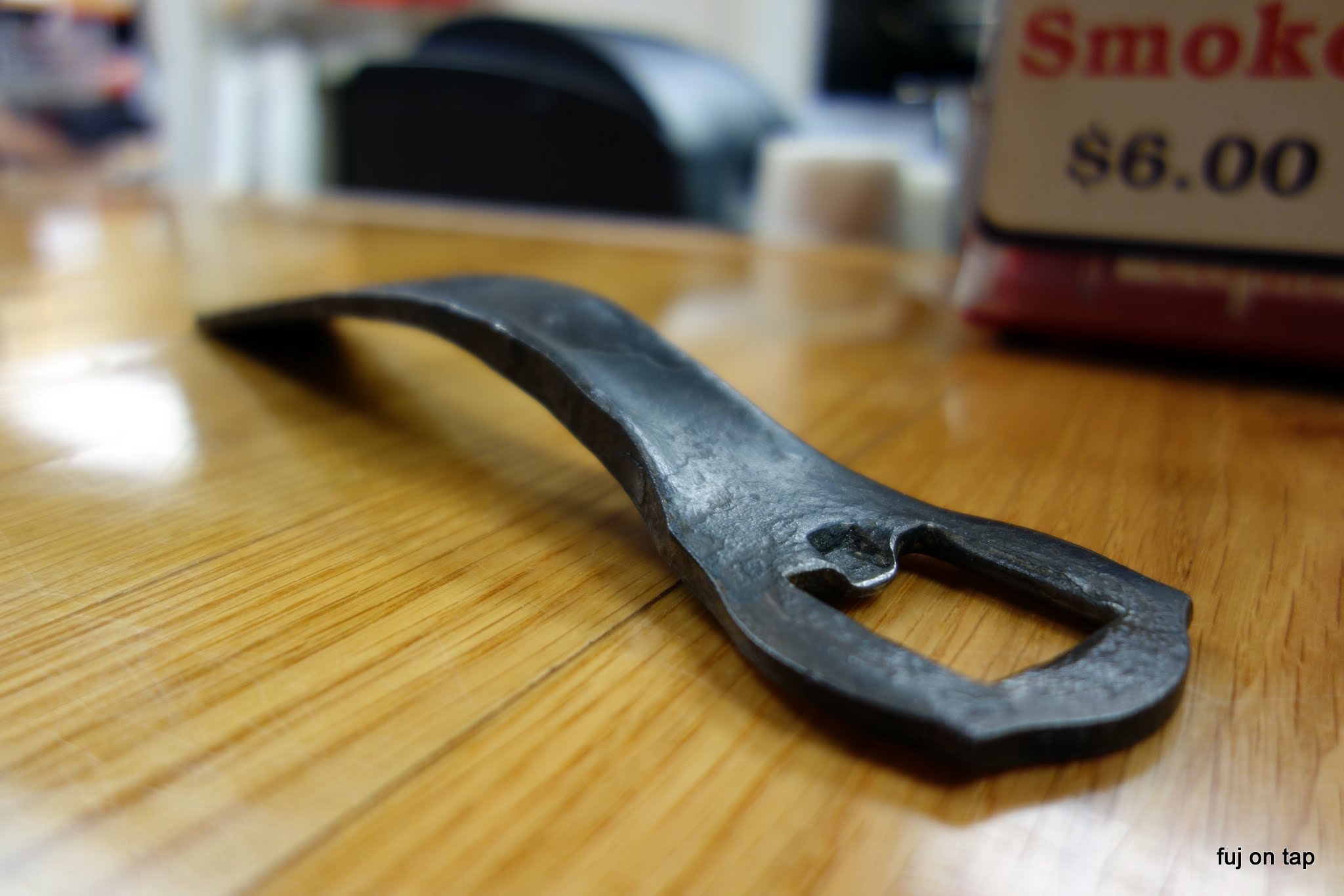 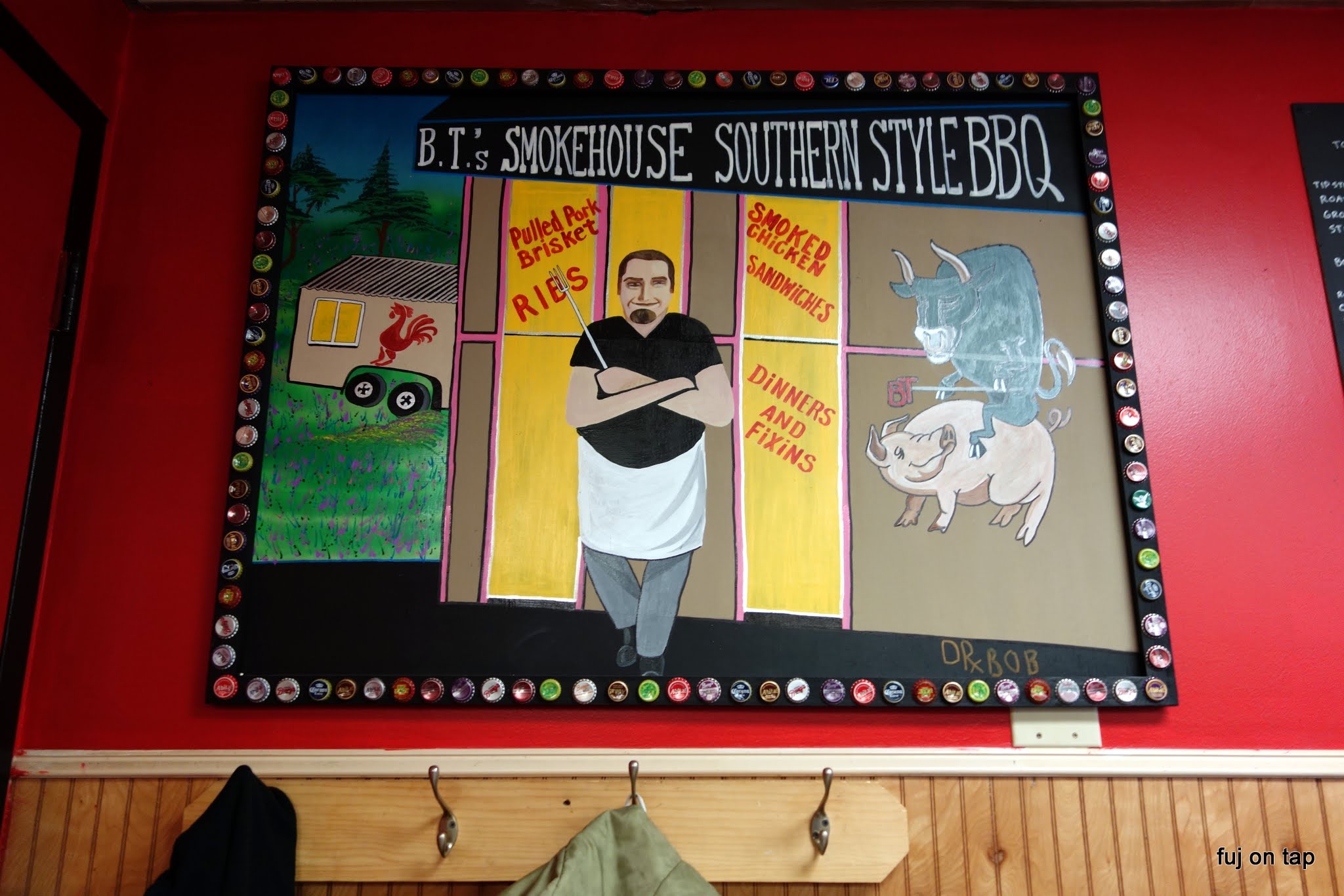 After a few minutes of BSing with the chef an absolutely obscene amount of food was placed in front of us, even for two people. The sides had no chance of fitting on the food tray and were placed in paper boats and chinese takeout containers off to the side. 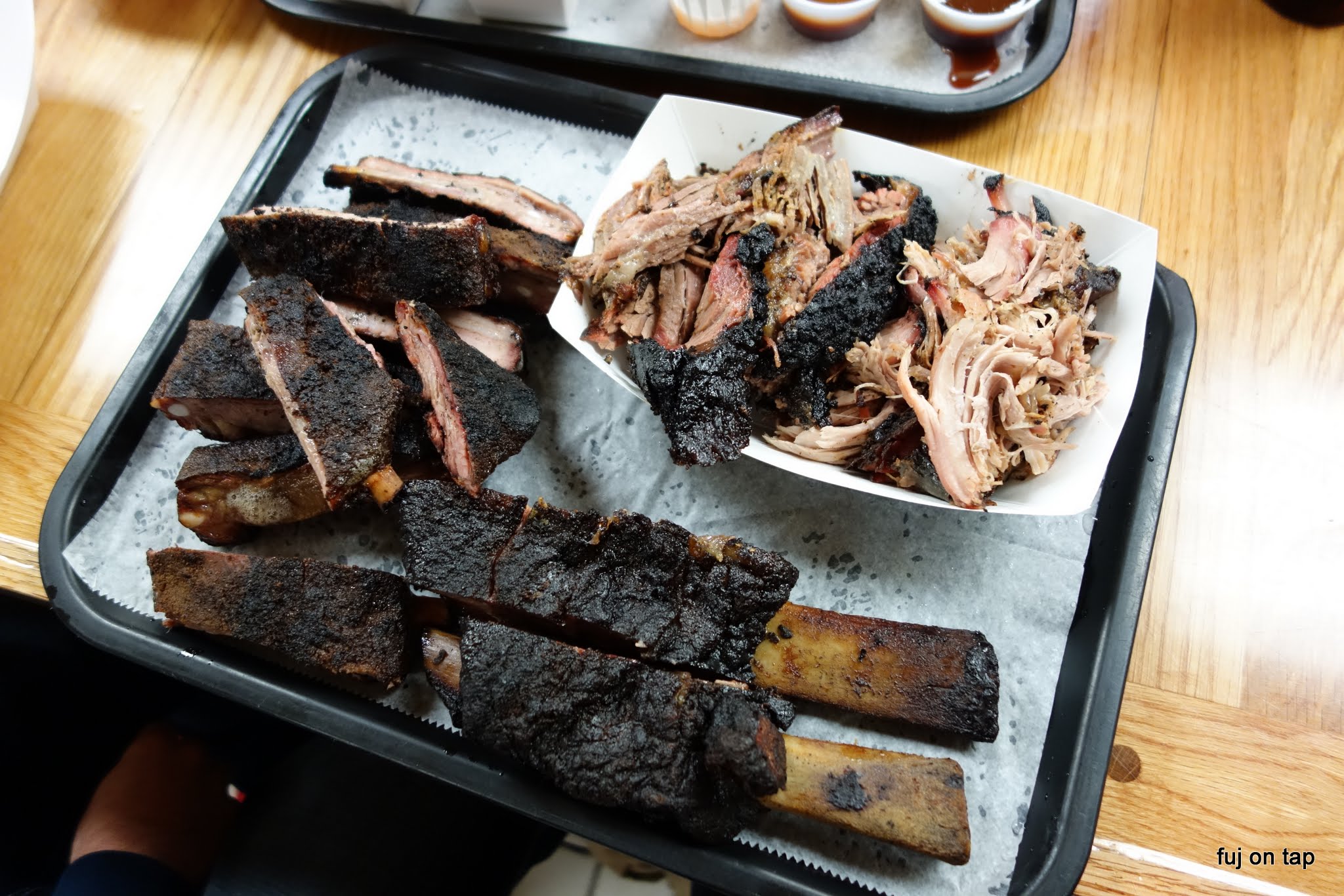 Each of the meats had some incredible bark on them with big pink smoke rings to match. The rib meat did not “fall off the bone” which is good, since that usually means it’s overcooked. Plus I prefer to tear away at my meat like a wild animal. Win win. While most brisket is presented in nice uniform slices, B.T.’s is presented in a similar fashion to the pulled pork, with large chunks and some shredded bits with some of that salty, smoky bark hidden throughout. I’m more of a pulled pork guy and this did not disappoint. The pork was presented with a little more shred to it, and a less bark, but was a great base to try many of B.T.’s BBQ vinegar-heavy BBQ sauces. 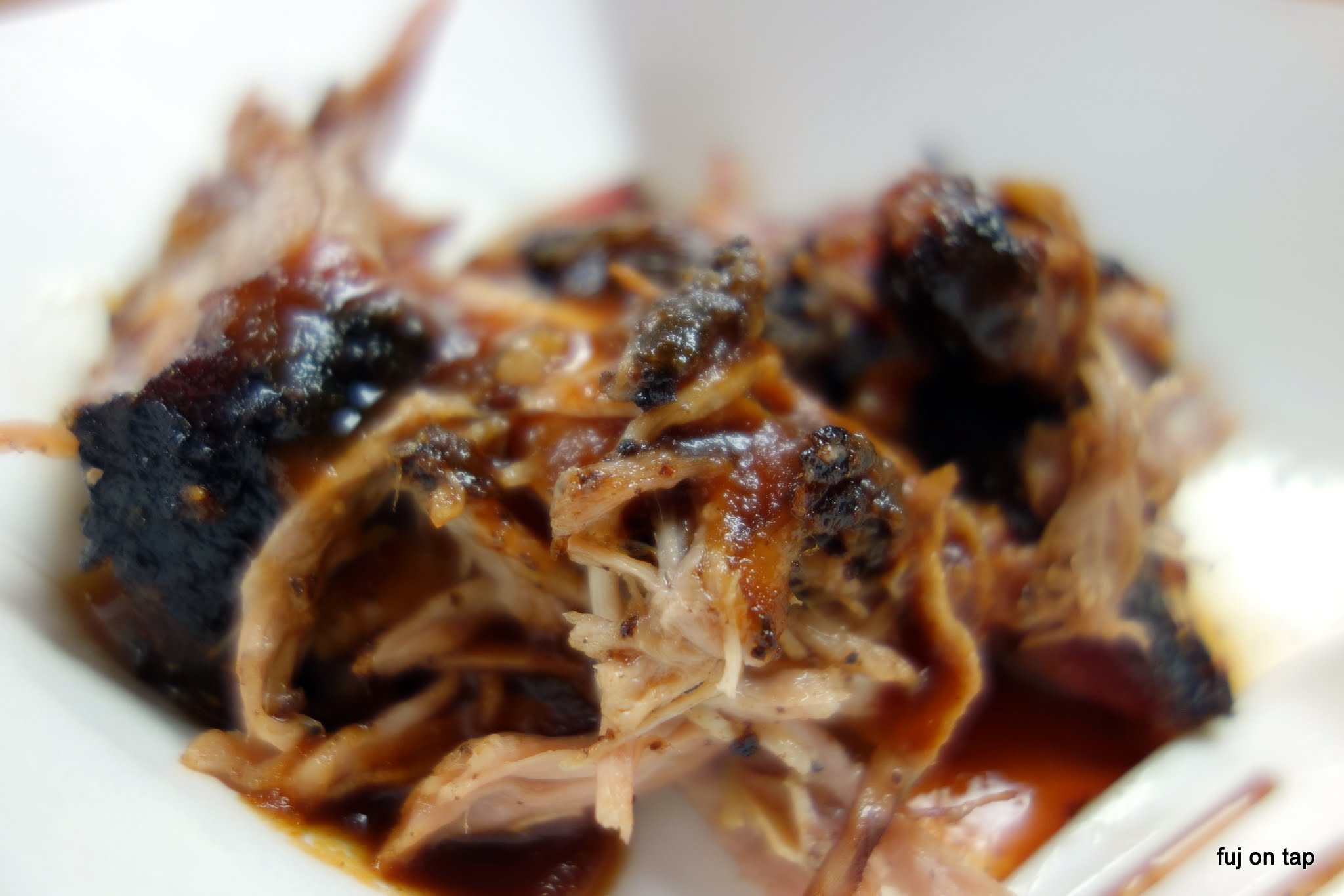 All of the sides were great but the standout dish had to be the mac and cheese. I can without a doubt say this is the best no bullshit mac and cheese I’ve ever had, and I’ve had a tough time driving by B.T.’s the past few times on the way home from Night Shift without stopping by and getting a side just to take home. There is creamy gooeyness to the three cheese mac I haven’t been able to replicate at home and also has a really nice sharp bite from the aged cheddar. 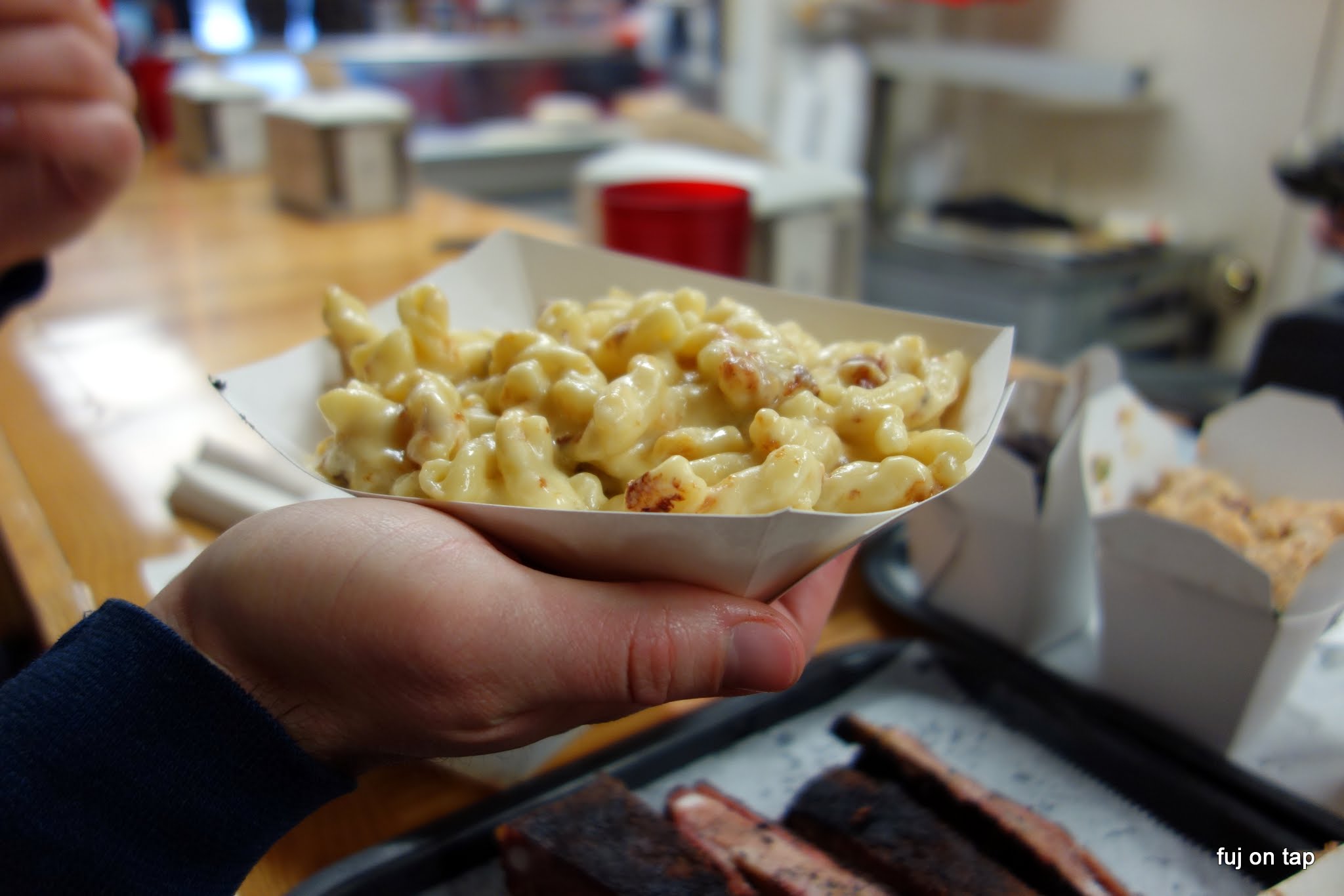 As stated earlier, B.T.’s has recently expanded, increasing their seating area with a new Brisket Bar with a few more tables around the edges and I can’t wait to check the new space and of course a few more dishes on their menu. The burgers and sandwich specials they post daily always look amazing and of course the $2 tacos are big target on my radar. It’s a shame I live two hours away from this amazing BBQ joint but as the weather warms up and Tree House keeps coming out with new beers you’ll see my butt planted in one of these seats a little more often.
——