A little New England Distilling mojito for Elise while she was sunbathing and reading a book yesterday. Me? I wasted away the entire day sitting on the couch recovering from Saturday’s fairly successful first BBQ with the $20 Weber turned 5AM bottle share. No pics as I was busy as hell cooking but here’s the grill menu for the day:

After dinner Pig Destroyer Jon got going on the fire pit, and being this was our first time drinking outside after cooped up in the Chez Fuj Tasting Room all Winter, the drinking stretched into the early morning. Some of the highlights of the night were:

And of course with it being Cinco de Mayo we needed a mexican beer to get this year’s badge, so Dave ran over to Mobil to grab this gem. Most entertaining $3 ever spent on a beer after the remaining beer geysered out of the top and the bottom exploded shortly thereafter. 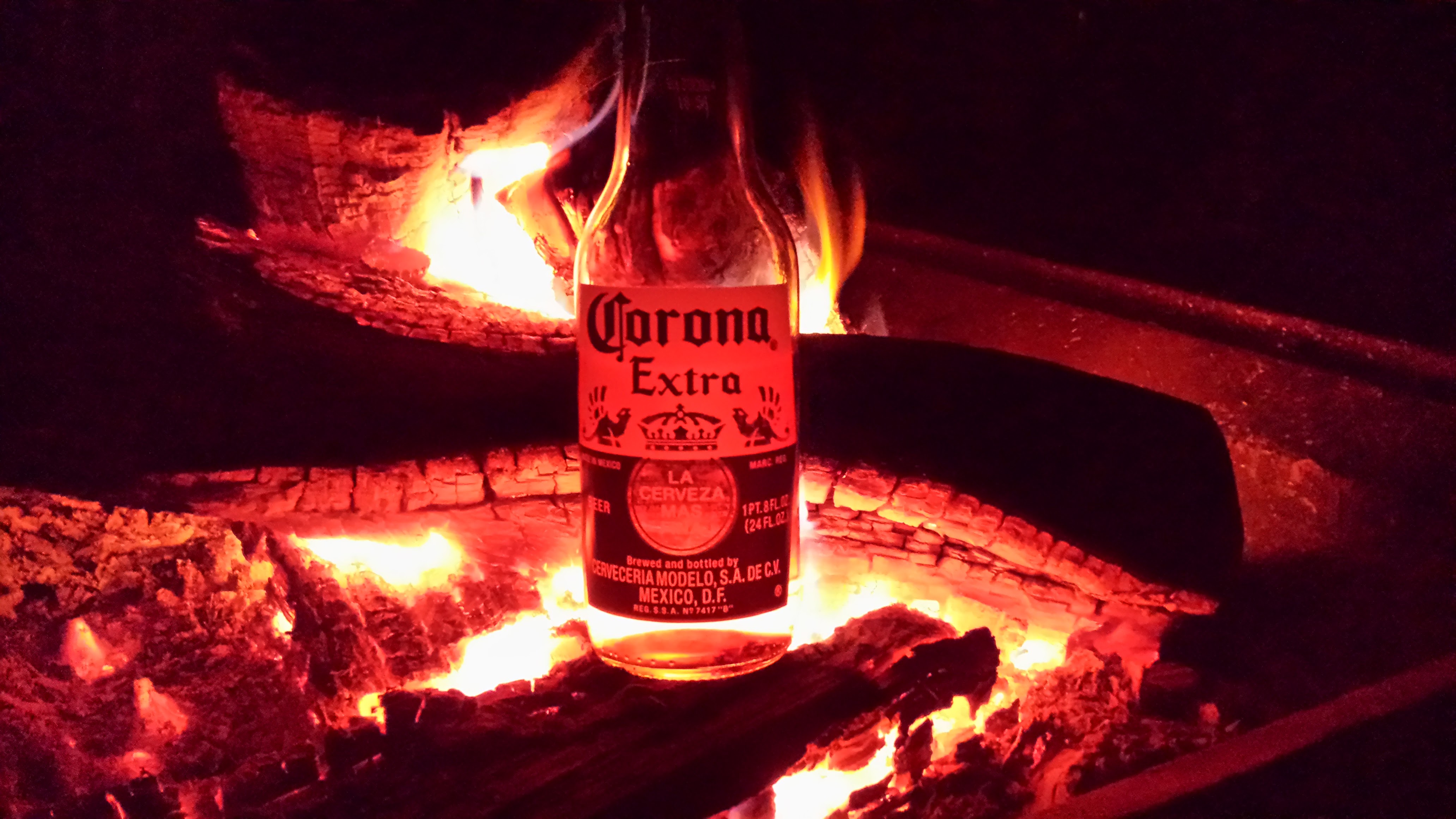 Among a bunch of other running around my Saturday morning also brought me to the Homebrew Emporium for their Big Brew. I took a ton of pictures for the crew there and should have those up later tonight. Cheers!