Over the winter while we were up in Portland for Zwanze Day we got the chance to to hit up Allagash after Maine Beer Co. and nice visit at New England Distilling Co. Although Upstate NY doesn’t get much Allagash love, I’ve had plenty of their beer on my travels and they’ve been one of my favorite all around breweries for a long while, from the core lineup to their special releases.

If you’ve seen one brew tour, you’ve seen them all, but the one here was informative and the personality of the guides and chemistry between them really made the difference between some of the other tours I’ve been to. 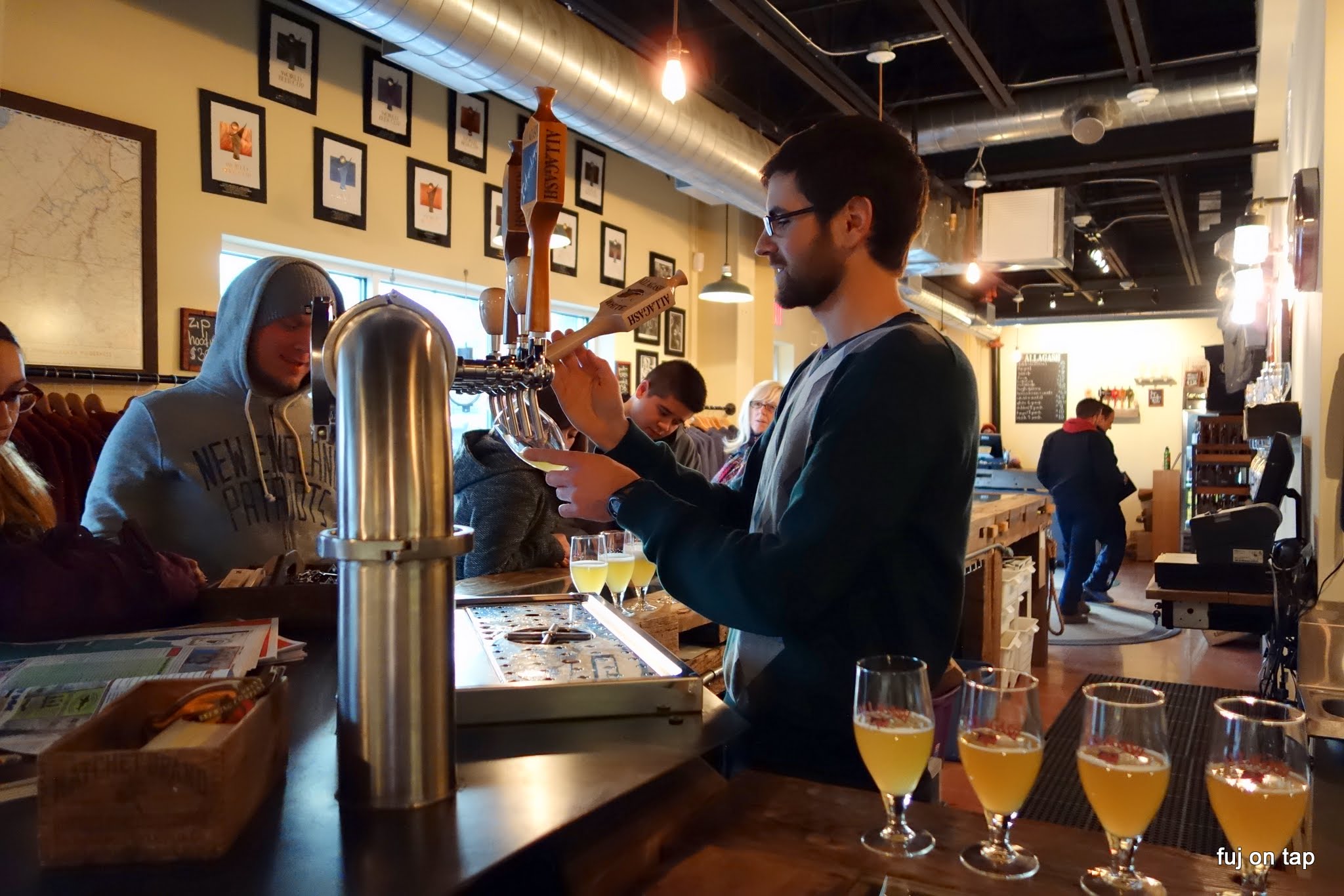 The tastings started with White (which is available for growler fills over at Westmere right now for anyone that gets the hankering for some Allagash after reading this). It’s tough not to compare this to our own locally-brewed Witbier from Ommegang, Witte. White is a much better beer.

The next beer in our lineup was Allagash House Beer, a “table beer” in the same vein of the pater beers brewed for brewery employees after a long day on the job. It’s light and refreshing and something that I could see paired with just about any dish, Belgian-inspired or not.

House Beer was followed up by Interlude, a beer that starts with a farmhouse base for that classic saison flavor then adds a bit of house-cultured Brett for some added complexity. Top that off with a portion barrel aged in French Merlot and Sirah barrels to bring out just a bit of wine character. 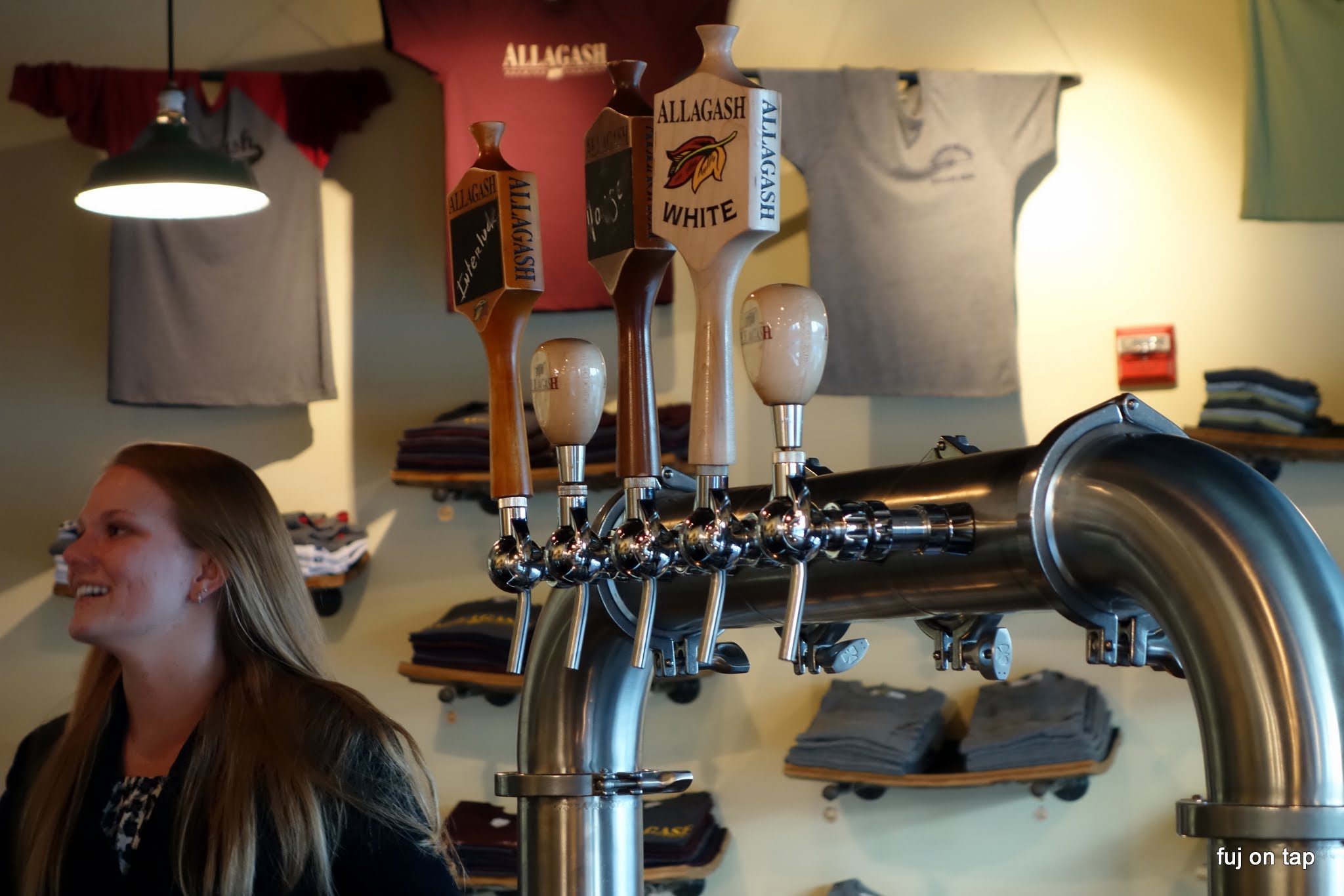 The last beer on our tasting was Curieux. I’m over the “Bourbon barrel age all the things!” fad that has taken over craft beer the past few years, and a bourbon barrel aged tripel just doesn’t sound right, but when you taste this you realize just how well the flavors meld together. This is still one of my favorite Belgian-style beers and the one that got me back into Belgians after being bored with the style. 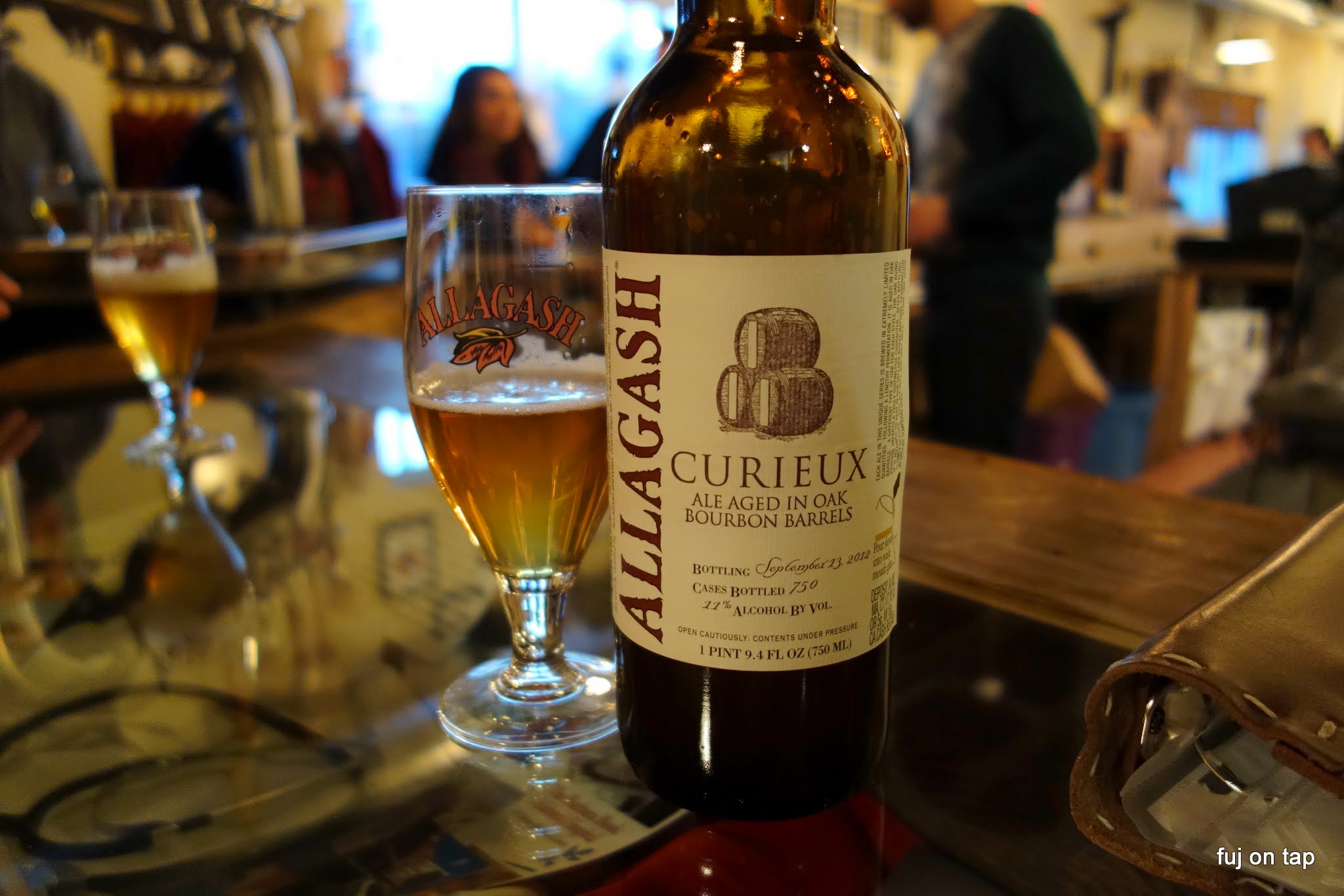 I had a tough time not taking one of these home with me. 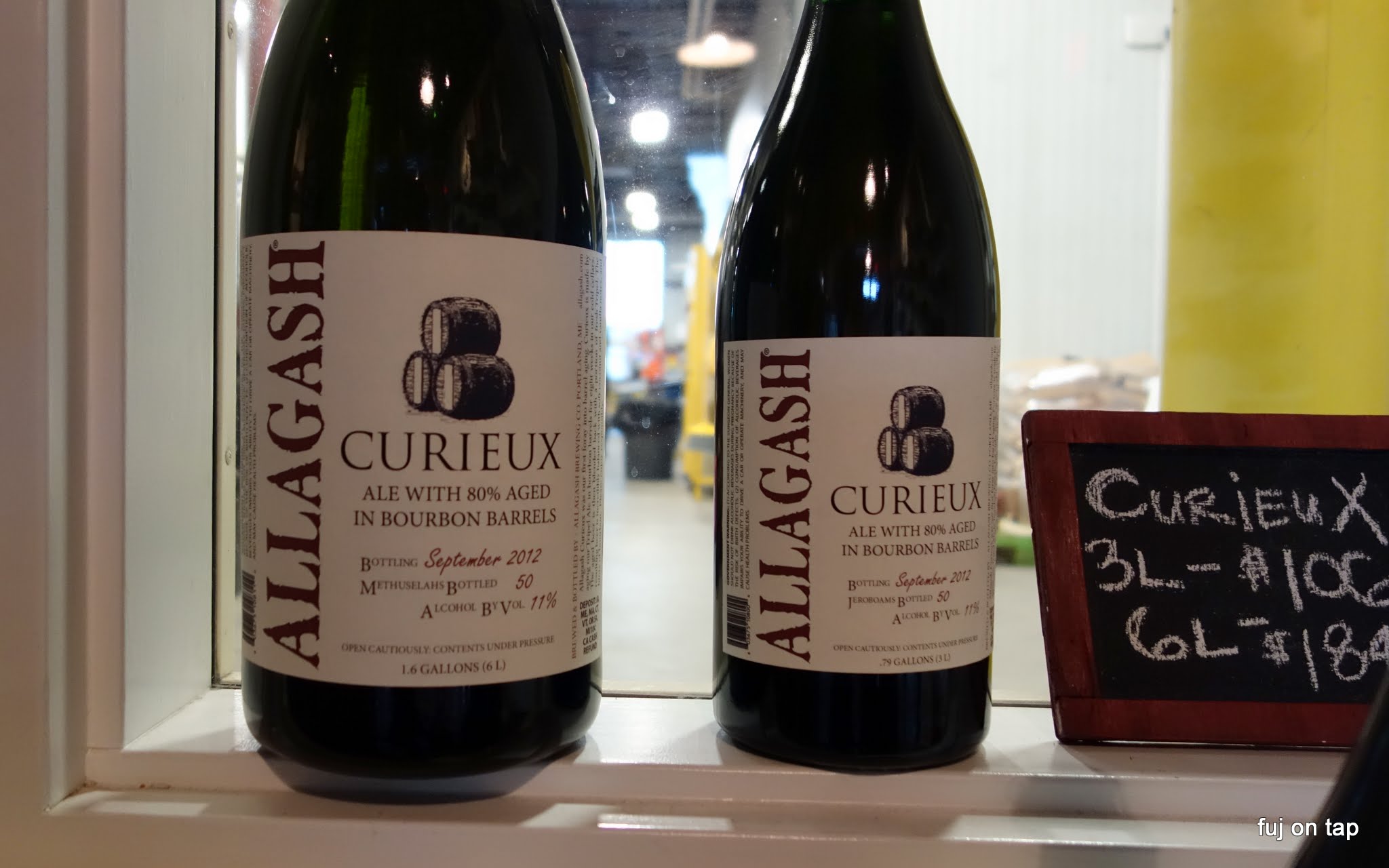 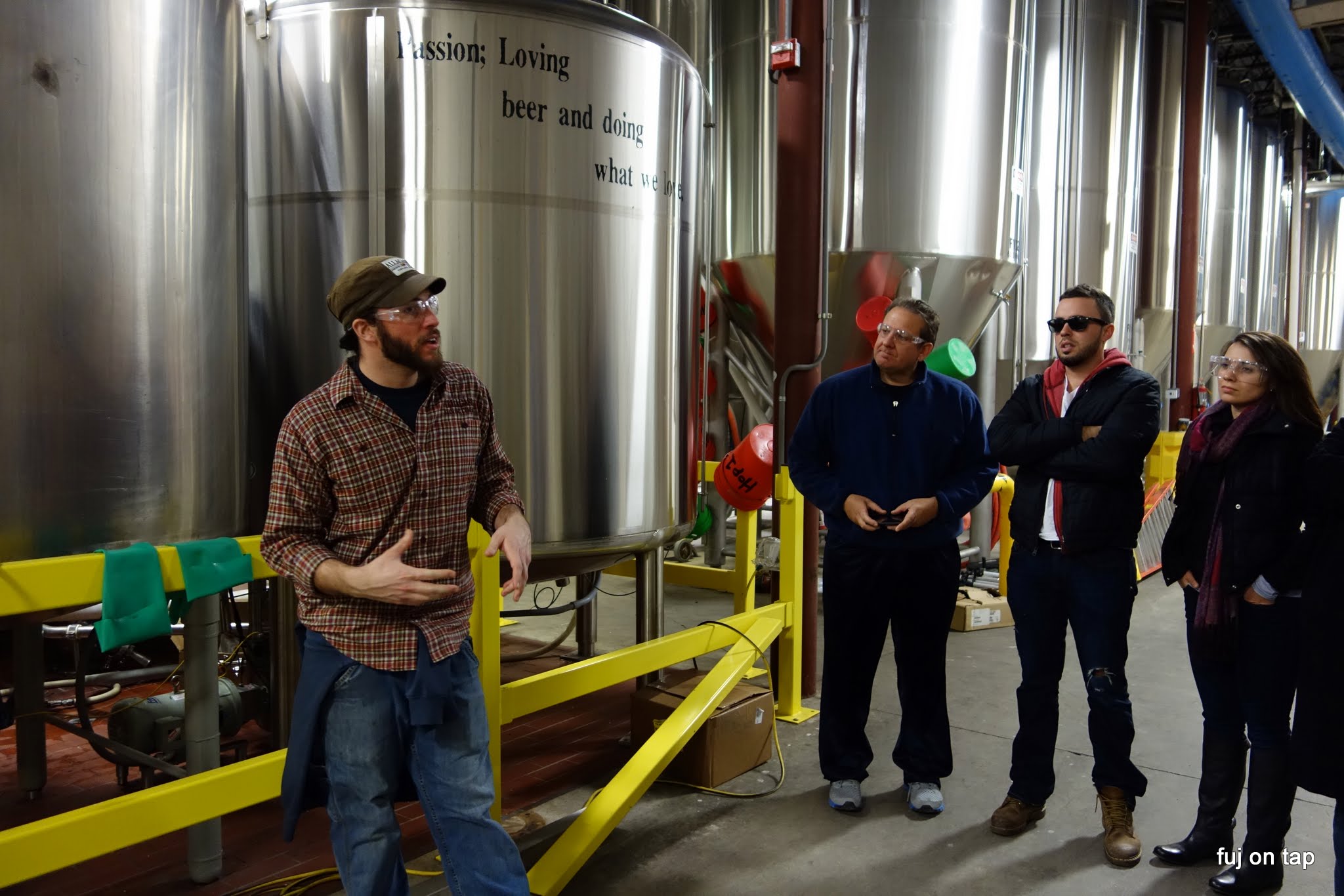 It’s pretty daunting to see exactly how big of a scale they’re going things at Allagash. The only other brewery we’ve visited that comes close to this size is Southern Tier and Allagash beats them by a longshot. 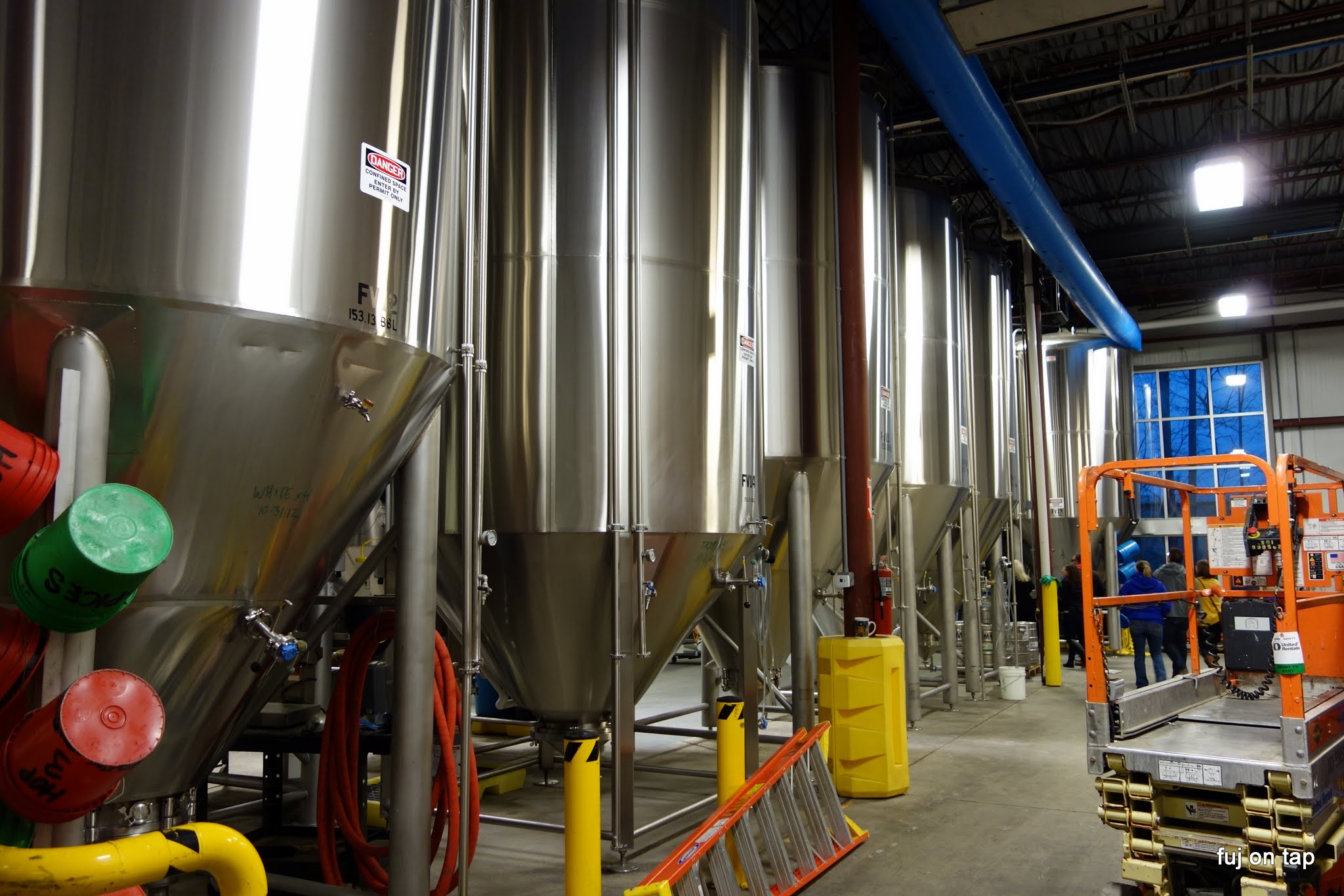 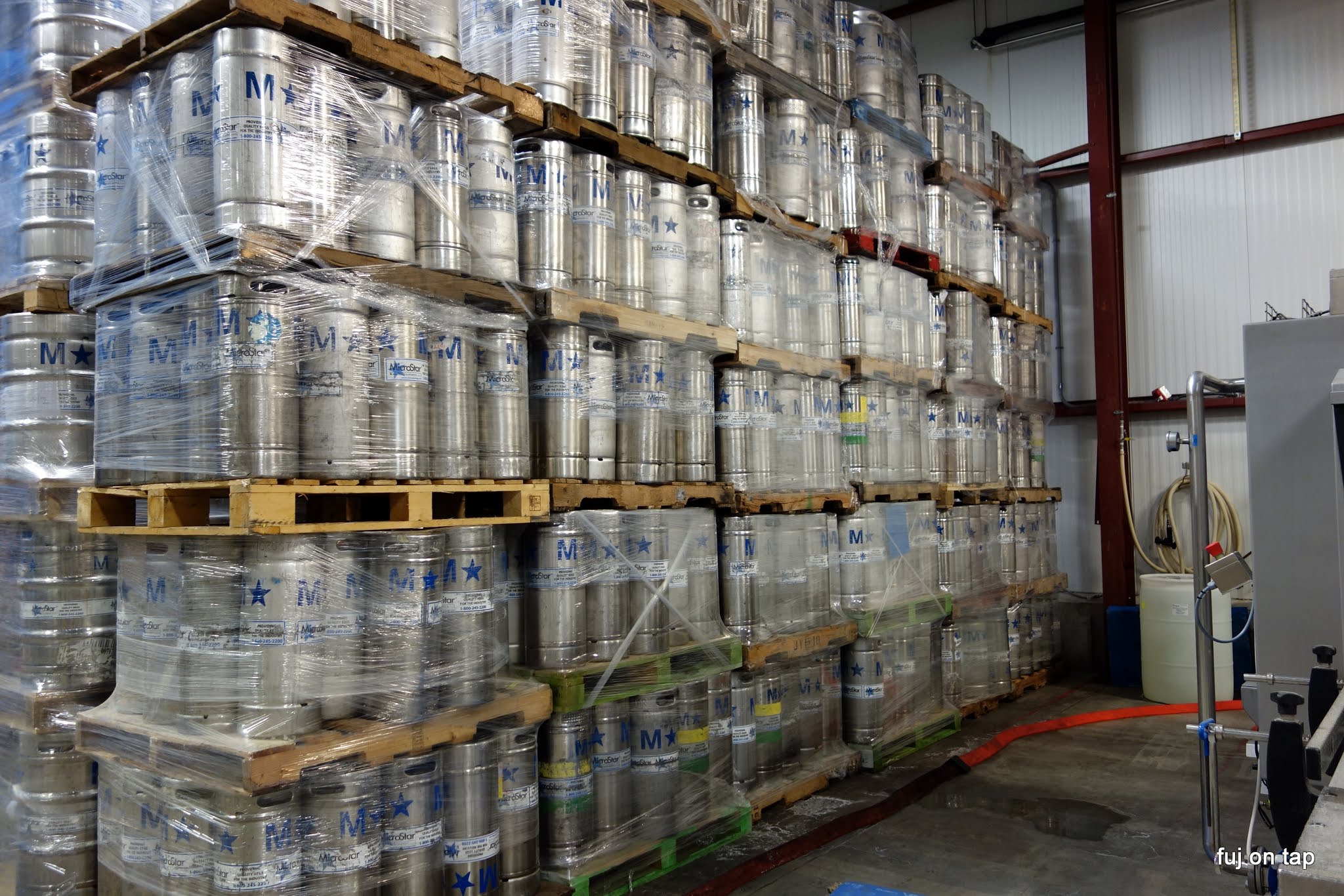 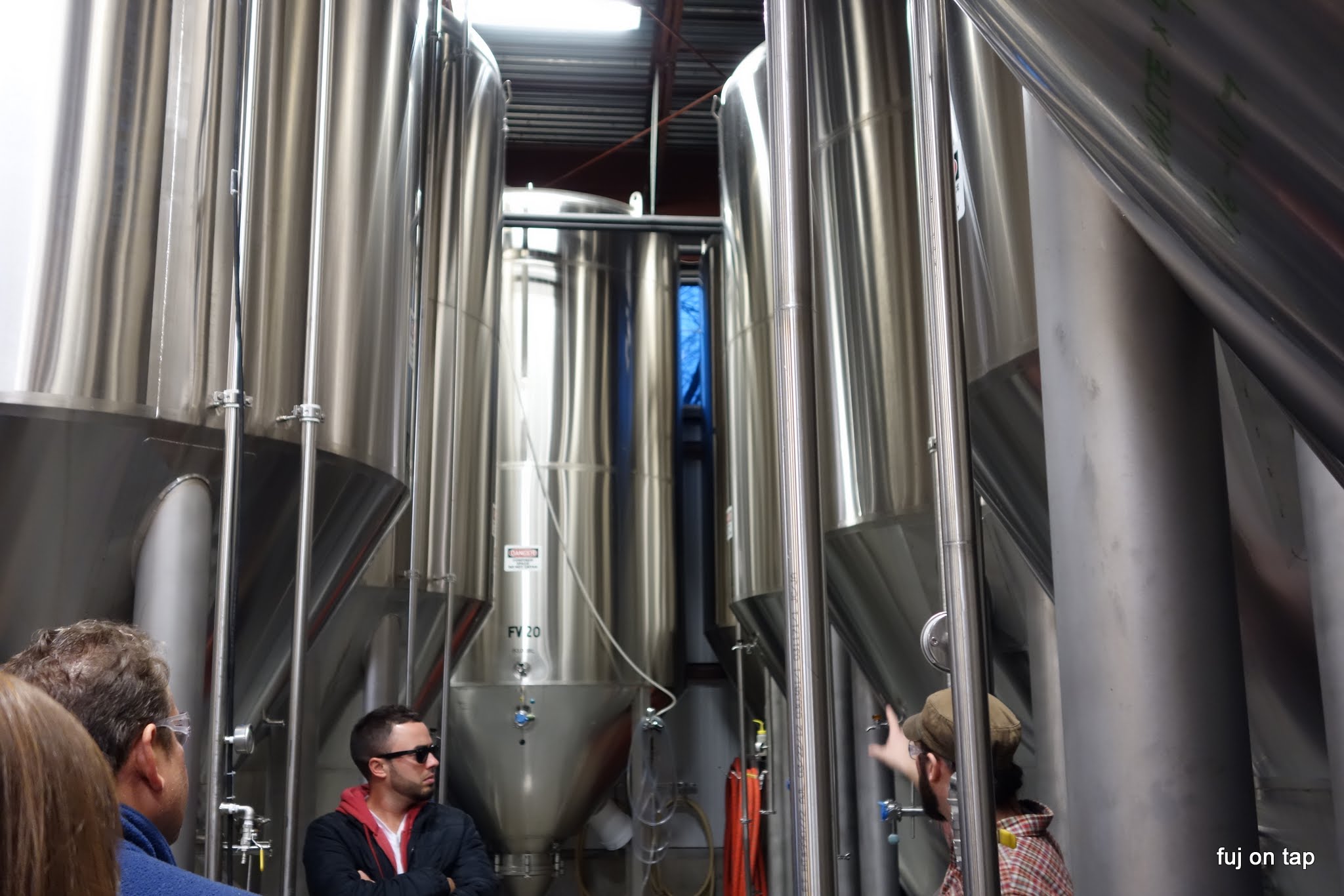 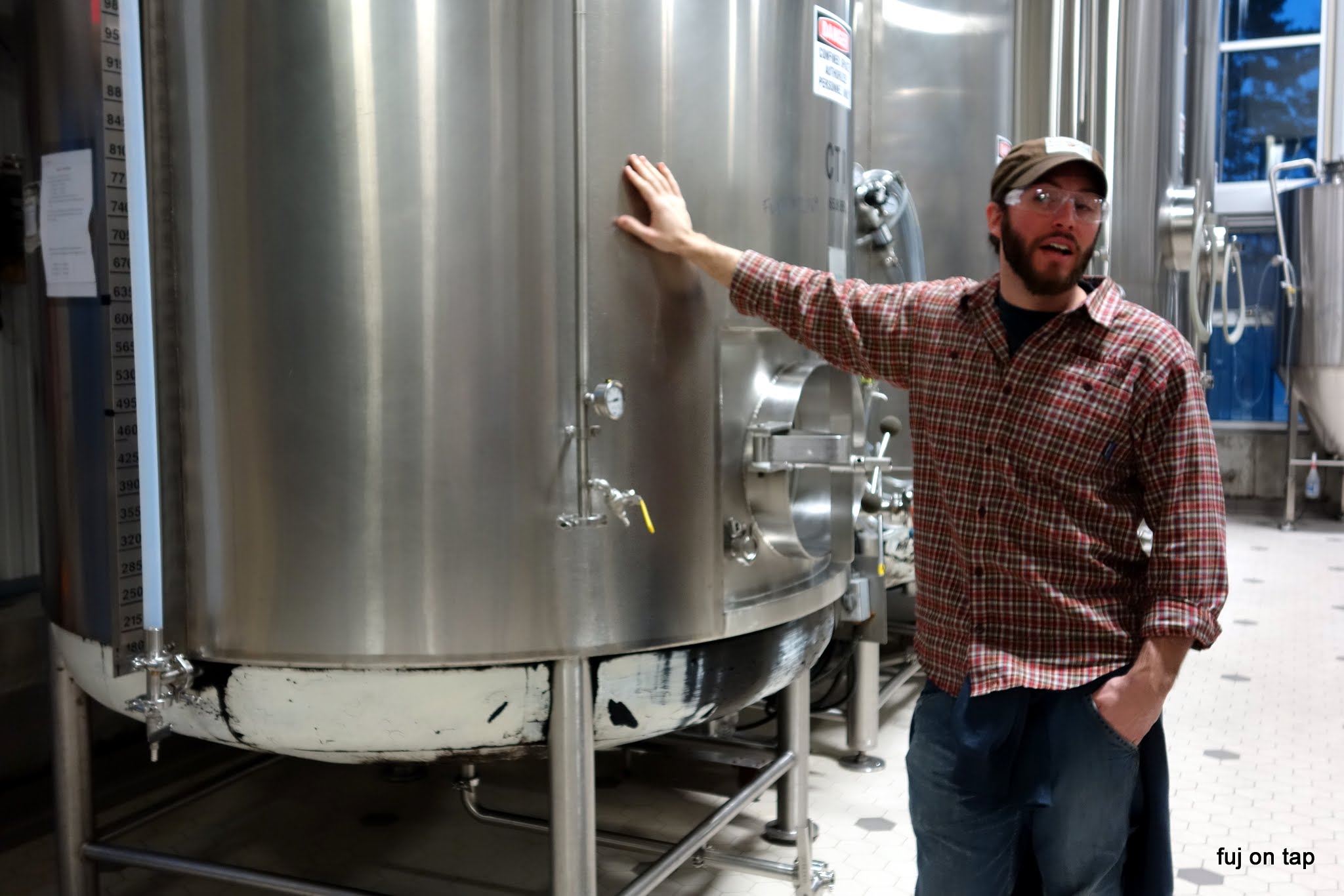 The Allagash Barrel Room was nothing short of impressive. Most of the smaller breweries I’ve been to have a few stacks of barrels but nothing like this. It was nice to see the tie in from the barrels we saw at New England Distilling. 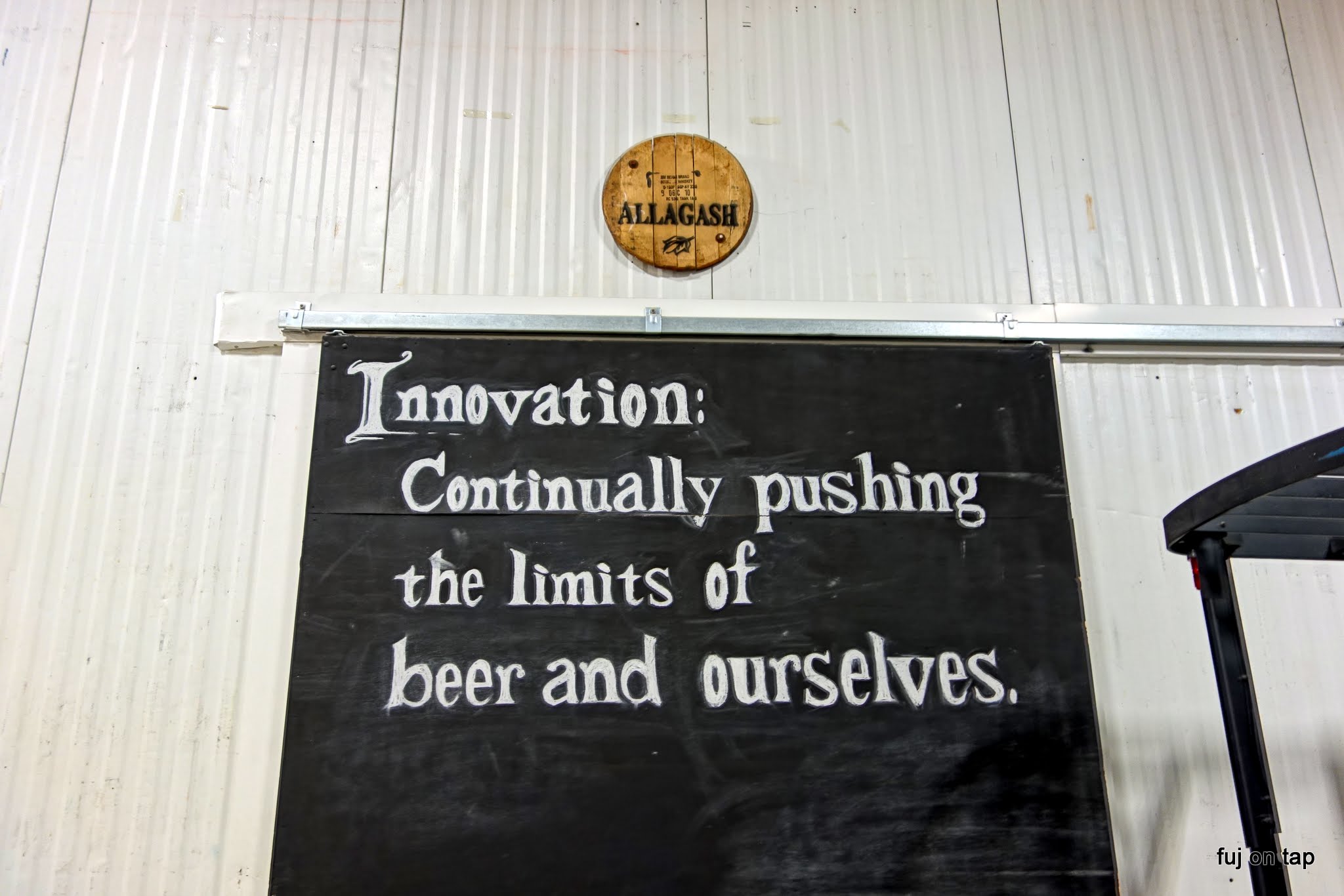 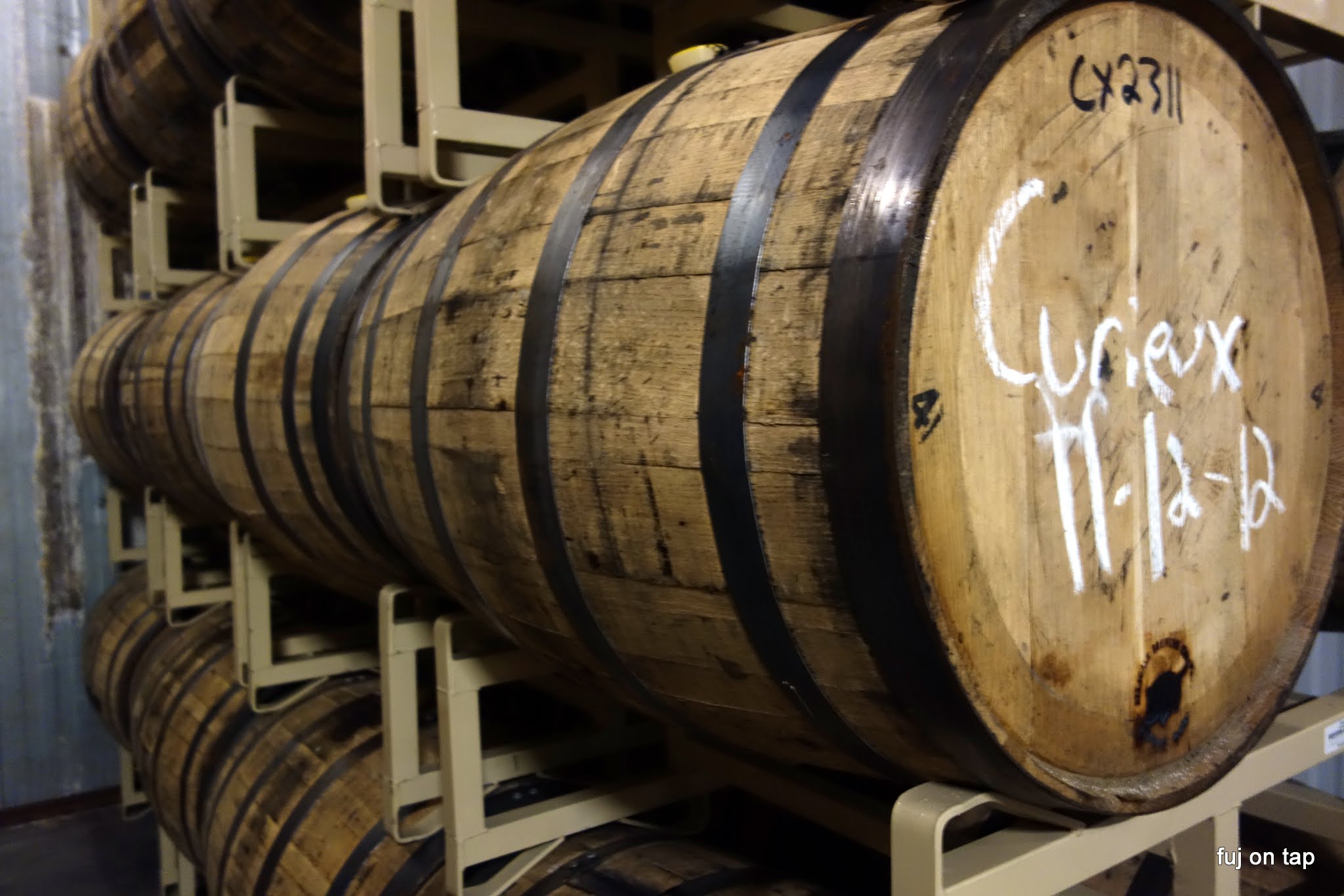 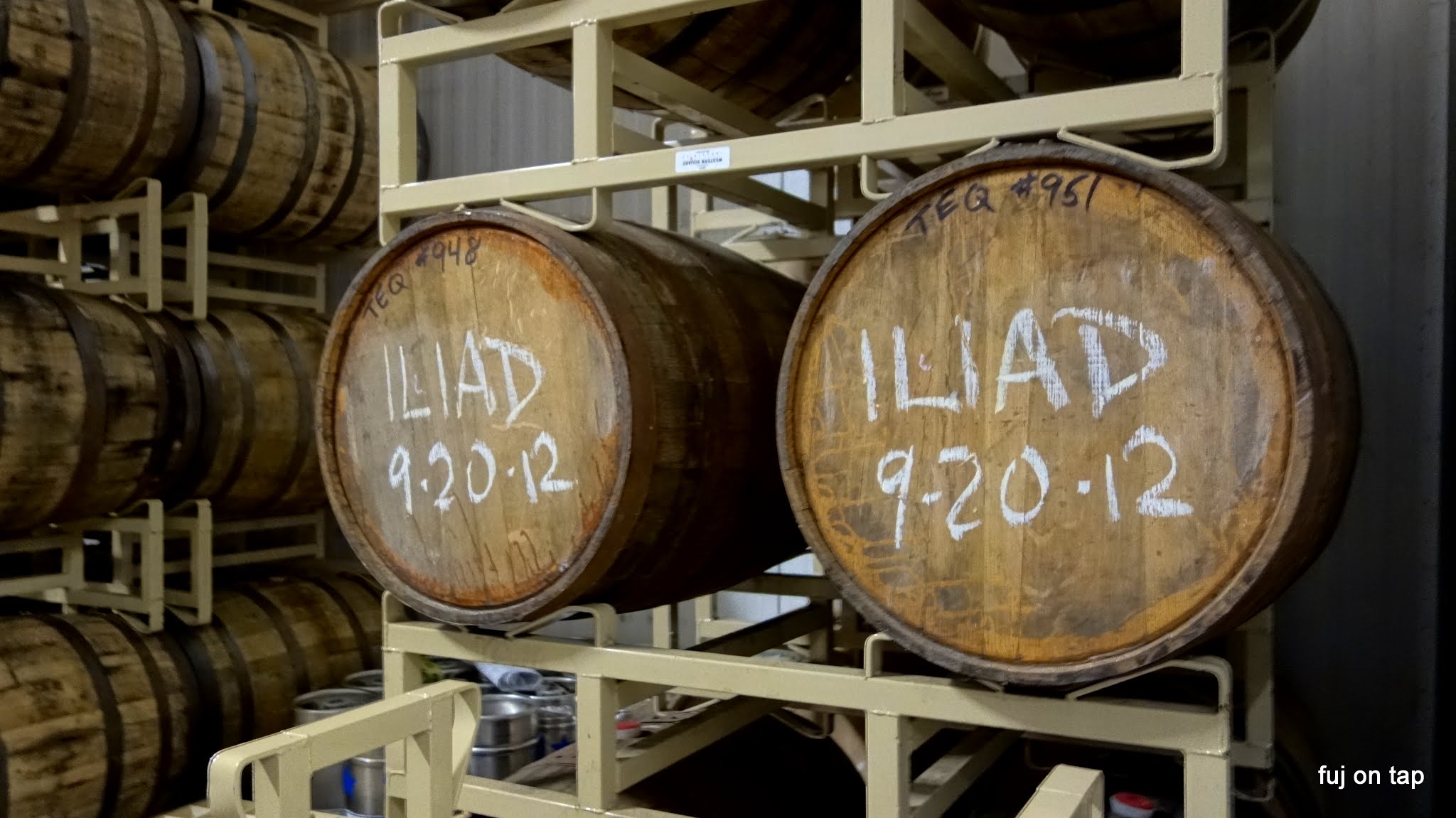 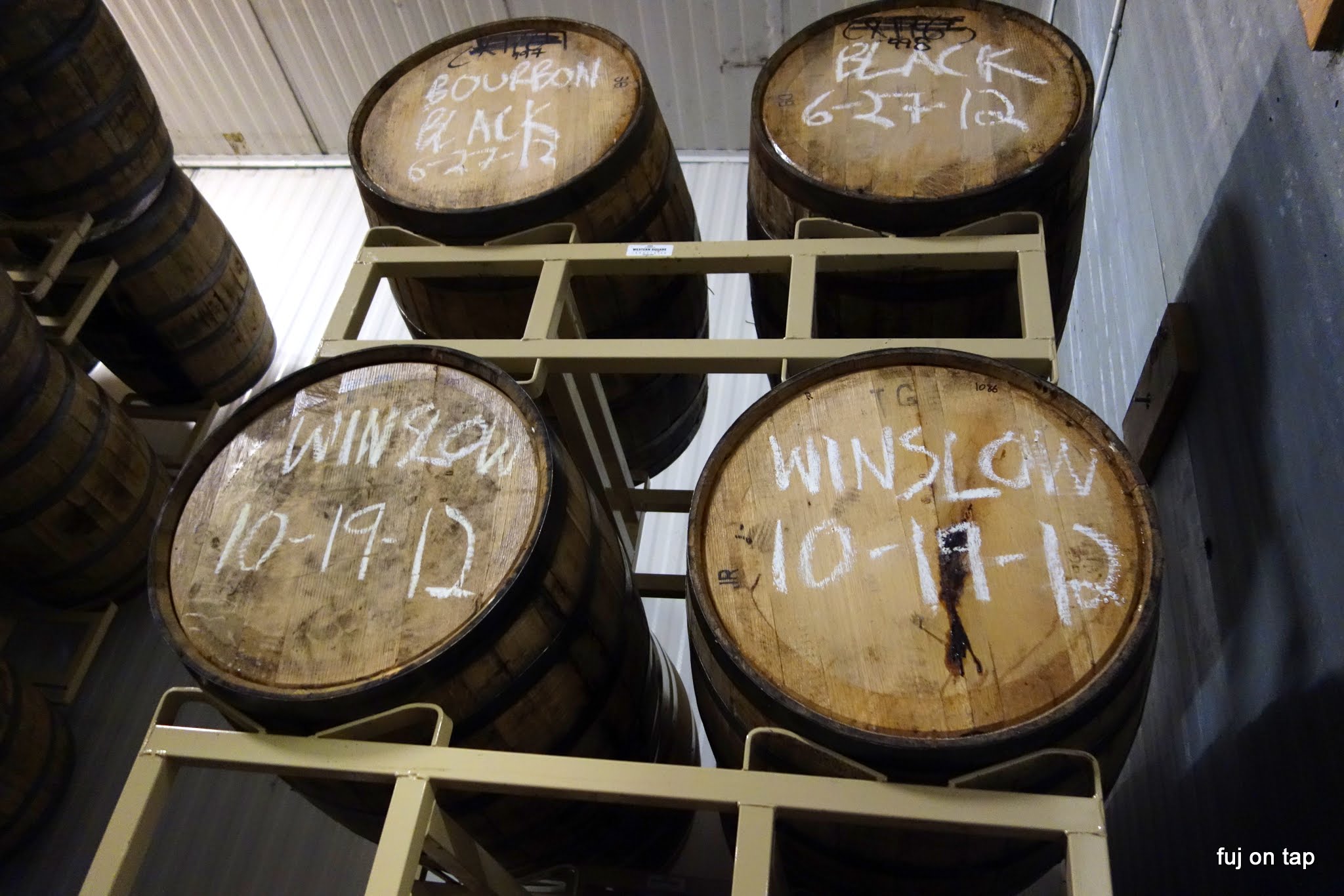 Sadly due to construction we were unable to check out the coolship, nor were there any of the coolship beers available for sale. Still, we left with a ton of Allagash swag and a crate of House Beer, which is only available at the brewery and in this format. I’m almost out of House Beer and I’m looking forward to heading back up to check out the new tasting room and refill my crate (it makes a great brewery-only extra for trades, too). 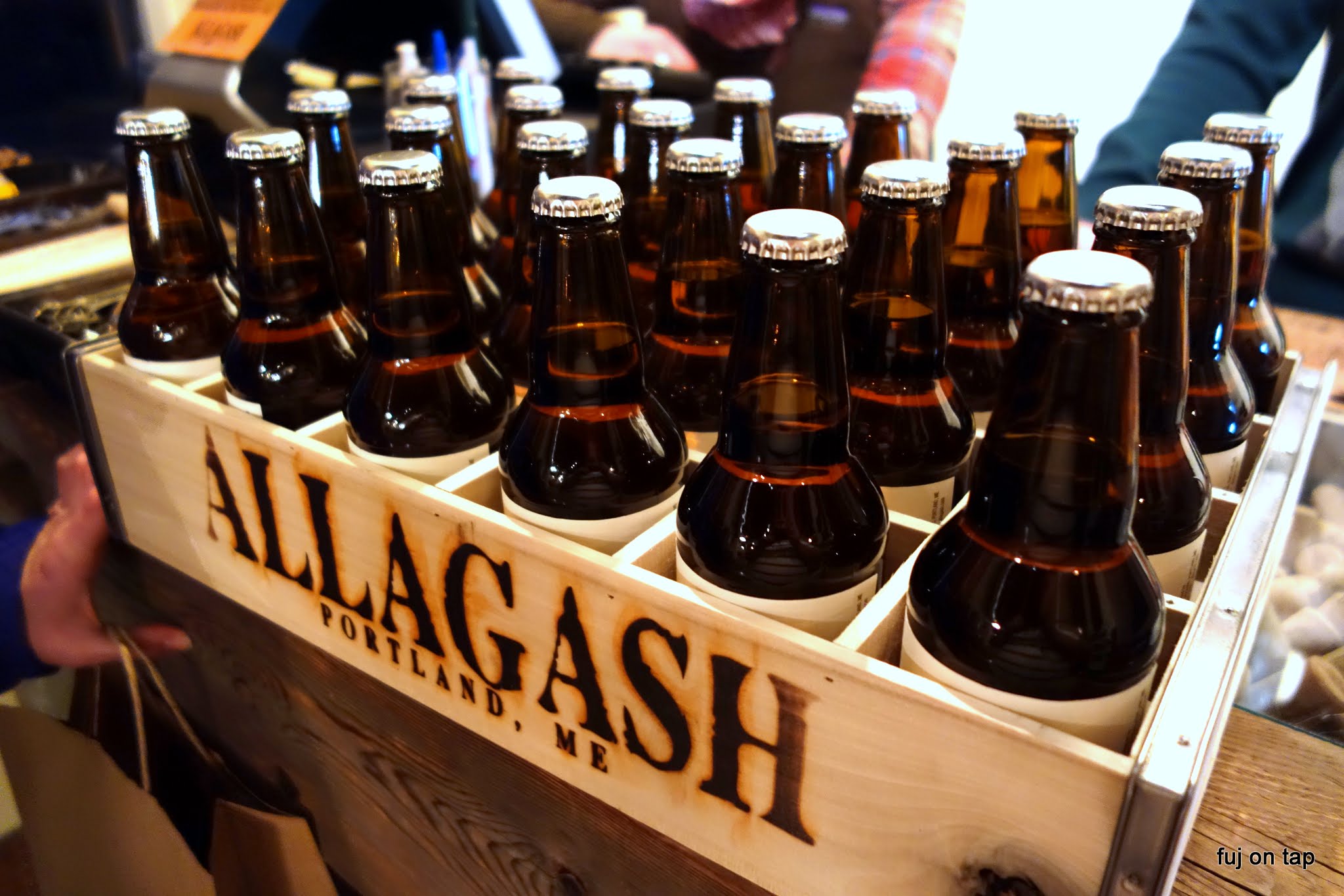 If you’re a Belgian beer fan I can’t recommend a visit to Allagash enough. Those of you heading to The Festival in June, time slots are already selling out and you’d be wise to book your tour now.
——

One thought on “Brew Tour at Allagash”