Albany Bagel Co. has been something of an enigma in these parts, with their Facebook page appearing seemingly out of nowhere, followed by some interesting, albeit confusing map overlays of the area with a few other historical posts with really no explanation of what they had to do with Albany Bagel Co. other than the city in their namesake.

Idiosyncrasies aside, I’m always on a hunt for a better bagel in the Capital Region, and when I saw that Albany Bagel Co. was making their first appearance at The Farmers Market at the Crossings, I knew that’s what we were having for breakfast that Saturday morning. 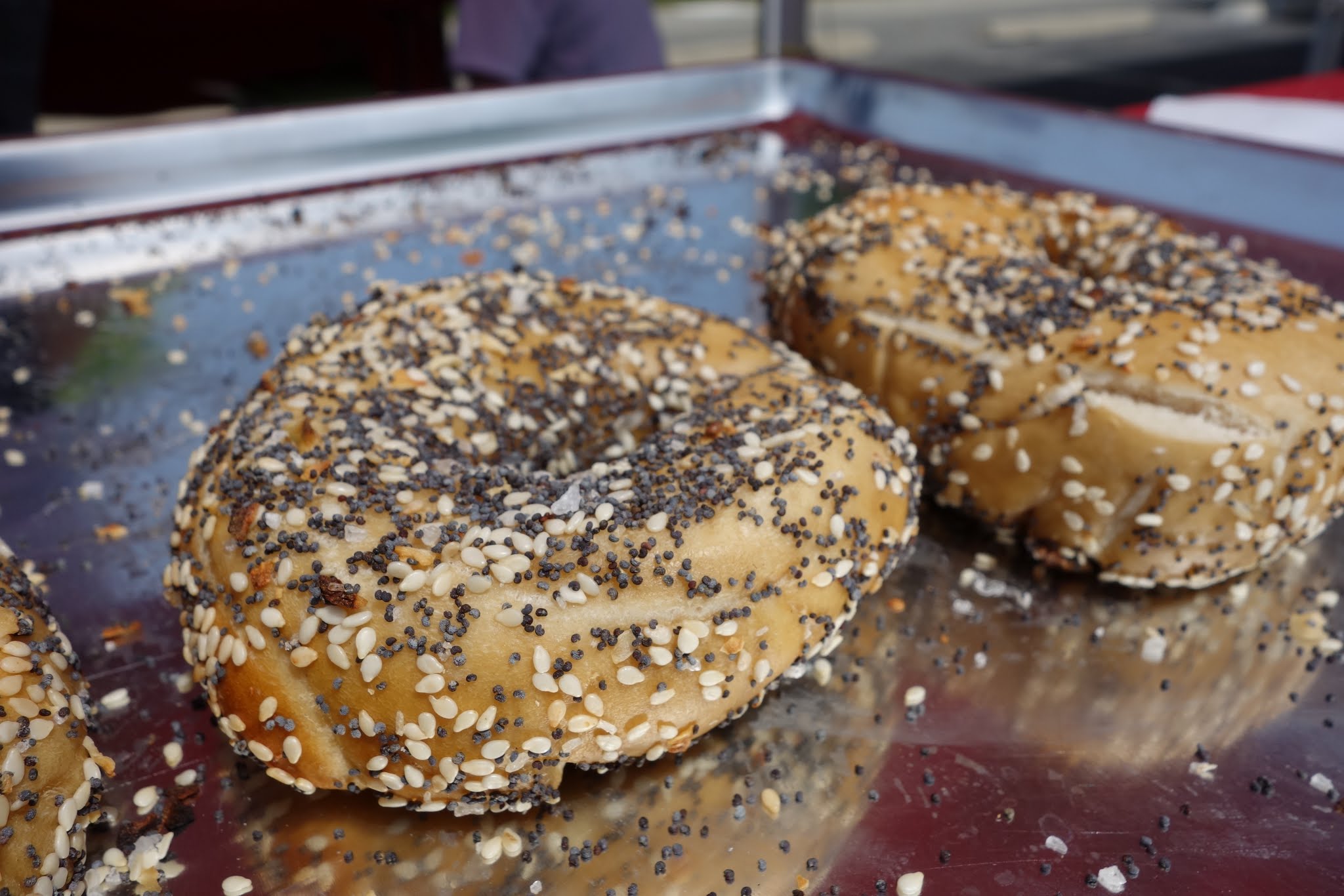 When we arrived, they were out of bagels. No real surprise given it was their first week. We did some walking around the rest of Farmers Market while we waited. When the next round of bagels arrived, we made our way over and there were still only a few bagels left by the time we made it to the front of the line. I assume they’re making these in very small batches through the day for the time being.

Served with a generous portion of plain cream cheese, the “everything” toppings included onion, poppy, sesame, and most importantly to me, the perfect “Goldilocks” amount of salt. As for the bagel itself, it was dense and a little more chewy than I anticipated. It could have benefitted from being baked a little bit more for hopefully a crust with a little more crunch and the interior cooked just a tad bit more, as you can see it’s a little bit undercooked here: Other than those minor quibbles it was still an enjoyable breakfast. On top of that, it was their first week and I’m sure they’re still getting into their groove. I’m looking forward to where Albany Bagel Co. takes things next.

2 thoughts on “The Everything Bagel from Albany Bagel Co.”