It was nice finding this little gem after taking turns driving through the night from Upstate New York with a pit stop for dinner at Of Love & Regret. Breakfast is one of things that you can so easily cheat out on and just stop at a Starbucks or McDonald’s, so finding a nice privately-owned restaurant with some great food on a road trip is always a plus for me. Let’s dig in. The menu is pretty extensive and looks to be available all day. Just about any iteration of a biscuit sandwich is at your fingertips through their Signature Sandwiches, or you can go with a Retro like I did since it was early morning and I wanted a simple bacon egg and cheese to go along with a couple of sides. We ordered a side of biscuits and gravy to really check out the sausage gravy (of which we’re always on the hunt for a good version) and a Hashup, which are home fries with chopped smoked ham, red and green peppers, grilled onions, mushrooms, and melted cheese.

The all you can drink coffee was much needed after driving on and off over the past 16+ hours. The biscuits were spot on, flaky, fluffy and a southern as it gets. The gravy was thick without being to heavy with plenty of spicy sausage to add a little kick to the dish and there was ample amounts of it, too. You can’t really ask for a better sausage and biscuits. 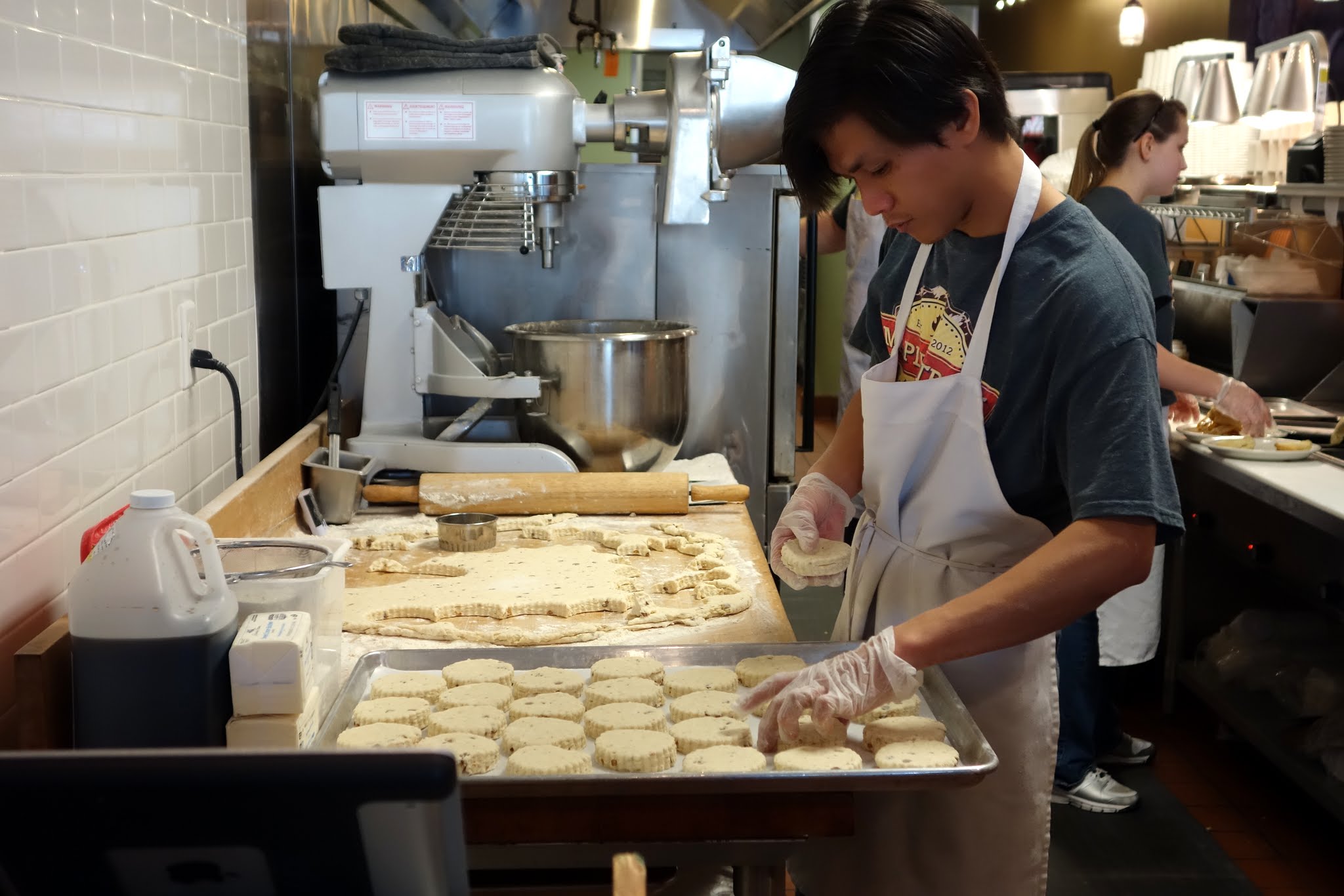 I’m generally a hard roll fan when it comes to breakfast sandwiches, as some biscuits are too big and dry and take away from the experience for me. The biscuit here was still quite large but was nice and buttery and complimented the sandwich well, although I could have used a cheese with just a little more melt to it. The pecan wood smoked bacon was the star of the show. Lastly the Hashups were exactly as described and a nice addition to the meal, but like usual when we check out a nice place, in our quest to try as many things on the menu (since we’ll never know when we’ll be back there) it ended up being just too much food. Kuma, who patiently sat outside with us while we ate, greatly benefitted from this. Maple Street Biscuit Company was a great little stop in Jacksonville, FL doing southern comfort food “with a twist”. If you ever find yourself in the area you’ve gotta check ’em out.