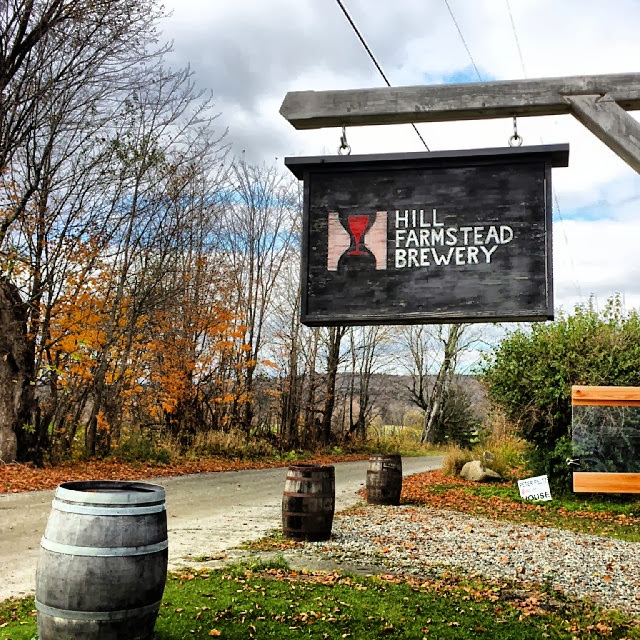 Hill Farmstead Doulbe Citra
Civil Disobedience #7 should have just been called “Insta-Whale”. CD7 starts with two year old Art (which starts as Arthur and then aged in oak barrels) and is blended with a 2 year old unblended lambic. The lambic in question goes unnamed. I’ll give you two guesses which one it is but you’ll only need one. Double Citra and Twilight of the Idols were also on tap, the former being one of the absolute best representations of Citra IPAs and the later being their winter porter brewed with coffee and cinnamon aged on vanilla beans.

I started my day a little earlier than usual. I knew if I was going to make the rest of my itinerary happen I was going to have to be one of first people in line at Hill Farmstead and get out of their ASAP. I decided against my normal route up through Waterbury and didn’t make my usual breakfast stop on the way up, either. This took me straight up 91 which turns out is a much faster route, albeit I ended up showing up an hour earlier than I expected (my apologies to Shaun, I know how much he loves people showing up too early). That said, I was able to get my growler fills and the much coveted CD7 and be on my way within minutes after the opened. I was off to a good start. 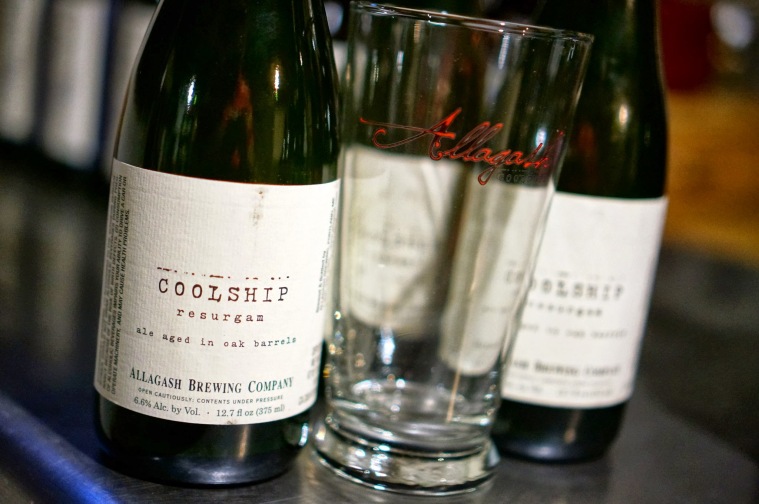 Allagash Brewing Company Coolship Resurgum
Allagash Resurgum’s triumphant return since it’s big Silver Medal win at GABF 2010. This is Allagash’s take on a blending older versions of their spontaneously fermented beer with younger vintages, not unlike a traditional Gueuze. It’ll be my first time with this beer and I cant wait to crack one open (had a tough time not doing so last night).

The ride to Allagash wasn’t bad but making a detour to Ebenezer’s on the way by was tough to fight, and as it was around 3:30 when I got nearer to civilization the detours and school buses really tripped me up. Still, I made it there well before schedule, but any time I made up was undone when I decided to sit down and have a flight. Oh well, Midnight Brett alone was worth it.

Blue Lobster Brewing Company
Next stop was Blue Lobster for their recently released Piscataquaweisse and Little Lobster on the Prairie. Piscataquaweisse is a Berliner Weisse with wild blueberries and plums. It’s a little on the lighter side at 2.9% ABV but I’m still very interested in trying this. Little Lobster is their collaboration with a brewery that has been killing it lately: Prairie Artisan Ales. A 100% Brettanomyces Bruxellensis fermented farmhouse ale, this one should develop nicely in the bottle so I’ll definitely hold onto one of these.

The ride there was easy enough and one of the shortest of the day. It was nice to sit down and bullshit with David for a little bit instead of just running into him briefly at Hill Farmstead events. A stop at WHYM Craft Beer Cafe en route would have be nice but there is just not enough time in the day. 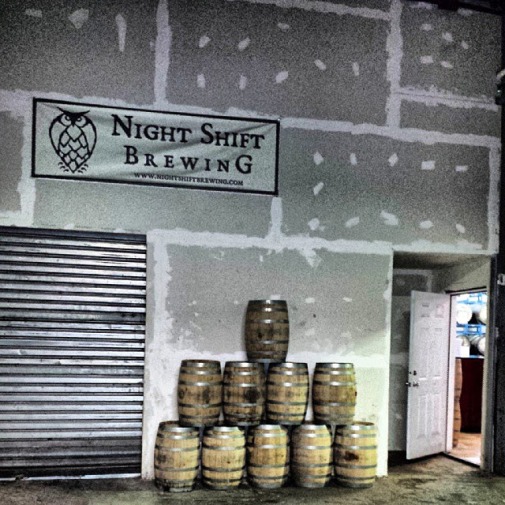 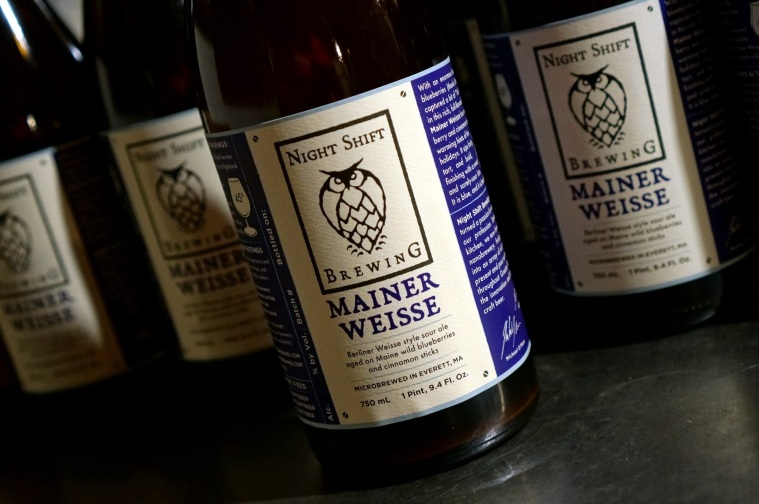 Night Shift Mainer Weisse
The day before was the release party for Mainer Weisse and a sneak peak at a few things they’ve been working on in the barrels. I debated on heading out for that, staying overnight and doing the rest of the breweries throughout the day, but CD7 really threw a wrench in those plans. As I said earlier, Mainer is their fall berliner weisse release and is aged on wild blueberries and cinnamon sticks. Last year’s release was super tart and fell up there in the ranks of Le Bleu for me. As you can see from the pic above, we like Mainer Weisse a lot around here. Crusader is the latest Barrel Society release and is a Belgian-style Double IPA aged on white wine barrels. I do not agree with the mentality of a lot of American breweries these days to “IPA all of the things!” and that said Belgian IPAs/DIPAs and I do not get along. However, I love all beers aged in white wine barrels so I’m interested to see where this falls on the spectrum for me.

It was at this point in the trip on the way to Night Shift that I realized most of my other stops were not going to happen. It was just too late in the day and Jack’s Abby would be closed. I had high hopes I would make it to Tree House on the way home, as I usually do that at the end of a Thursday Boston run, but even that wasn’t going to happen at this point.

So instead of scrambling around with my last minutes and trying to make it to another brewery, I called it quits and hit up Jay for a beer. I hadn’t actually had a real meal the entire day so it was welcome to sit down for a bite with Jay and Jenn. There were a couple of Wormtown beers on draft I hadn’t had so I picked Norm to have with dinner. Last night I compared it to drinking a Mounds candy bar. Given its ingredients of cacao nibs and one pound of toasted coconut per gallon of beer, it’s no surprise this was big, creamy and chocolatey had an intense coconut presence. The beer was exactly as described, but a pint was a bit too much for me, especially when needing a refreshing drink after a long day on the road. 12 ounces would have been perfect.

And that was that. I made the rest of my journey, 2.5 hours back home. Overall the trip took me about 17 hours and 700 miles to accomplish, with about 12 and half of those hours on the road. It was nice being able to see as many friends and grab as many great beers as I did that day, but my time at each spot was short and the day proved to be pretty stressful trying to meet the schedule I had set for myself. The nice thing to know is heading to Portland and back in a day isn’t really that big of a stretch for me so I see some time at Oxbow and Rising Tide in my future.