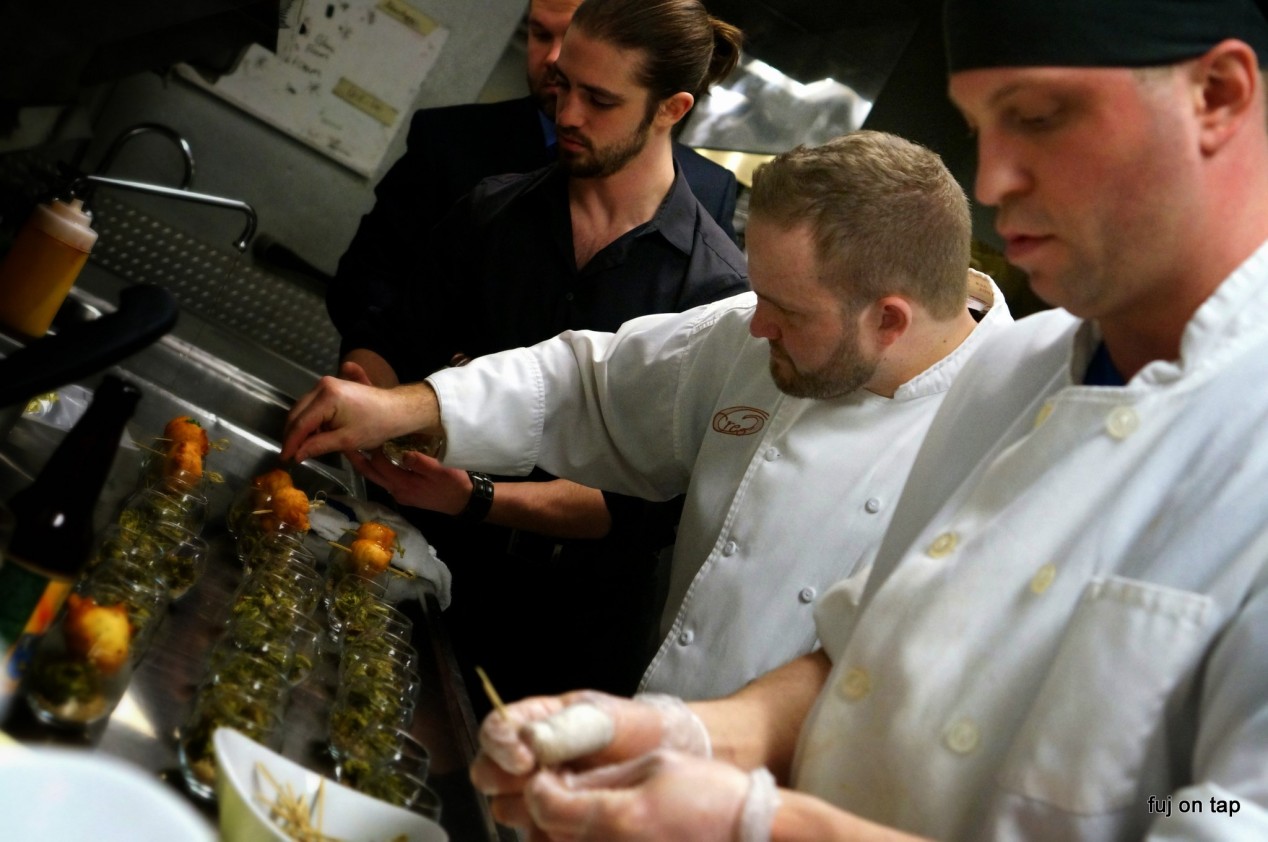 Jack’s Abby Beer Dinner at Creo’
Creo’ held their first beer dinner this past Thursday with Chef David Gibson at the helm along with Jared Kingsley from Remarkable Liquids. Dishes were paired up with beer from Jack’s Abby Brewing, an all lager brewery out of Framingham, Massachusetts. Jack’s Abby has been schooling beer nerds on lagers since 2011, taking styles that are often times seen as boring and turning them up on their head, even making converts out of people like me. Imperial Pale Lagers have exploded in the past couple of years and Jack’s Abby takes a third of the Top 15 spots on BeerAdvocate’s list for the style.

We were sat down before dinner for an amuse bouche of sweet corn fritters with a drizzling of Tabasco honey paired with a generous pour of Jabby Brau. The corn fritters came out hot, with a nice crunch on the outside that gave way to a tender interior with a very light heat from the Tabasco while the honey sweetened things up. The Jabby is a very light and sessionable pale lager that starts out hoppy but gives way to the maltiness and tends to be more sweet than bitter. The fritters were served on top of NY Hops and grains for appearance.

The dinner was themed around the different meals for the day. For the breakfast course we ate duck confit hash with caramelized fennel and apples, with a thinly sliced piece of bread brushed with garlic and butter sitting above, and a fried quail egg on top lightly sprinkled with truffled sea salt. This was also paired with Jabby Brau. 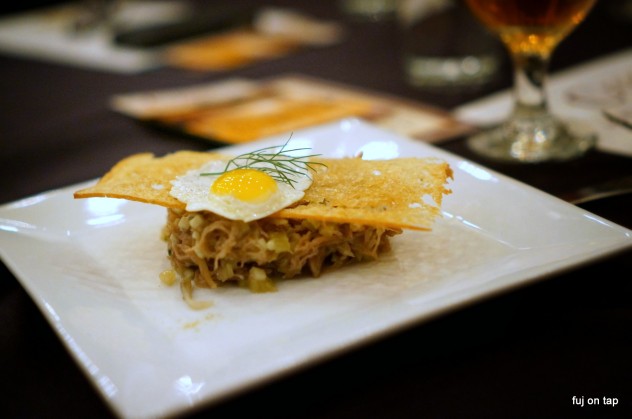 The lunch course was soba noodles and straw mushrooms in a spicy tam yum broth, topped with crispy pork belly and cilantro. The dish was spicy enough to keep a chili head like me interested and creamy enough to not kill everyone else. Paired with it was Hoponius Union, Jack Abby’s West Coast hopped Imperial Pale Lager. 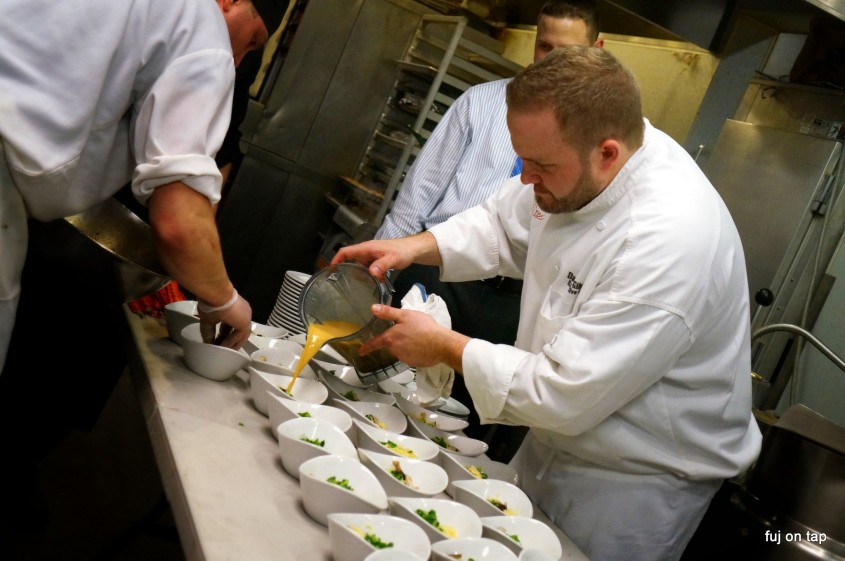 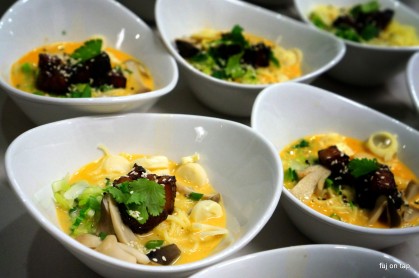 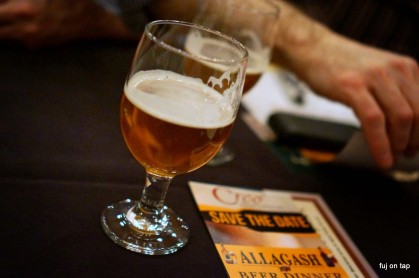 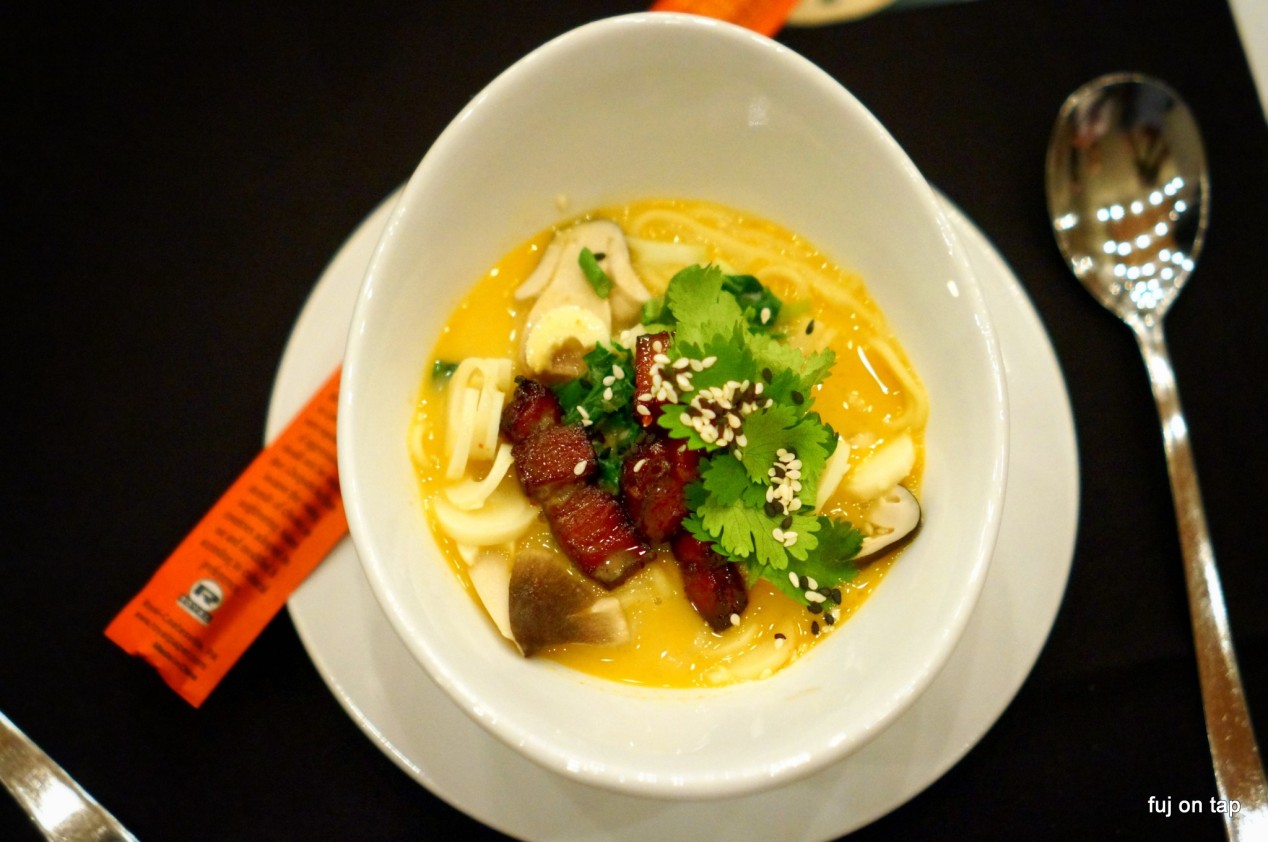 The dinner course was bison short ribs served on top of parsnip puree with garlic rapini and smoked paprika onions. The ribs were fall off the bone, but I was surprised to hear so much praise about how well the parsnip rounded out the dish. Smoke & Dagger, Jack’s Abby’s rauchbier, added just a hint of smoke to the pairing.

The Cheese Course featured all New York cheese ranging from R&G’s Eclipse, an ash ripened goat from in Cohoes, Old Chatham Sheepherding Co.’s Ewe’s Blue from Old Chatham, and Harperfield’s Hops, a hop-infused tilset from Jefferson. This was paired with Jack’s Abby’s doppelbock Saxonator, which Jared (pictured) picked up from the brewery the day before and made it’s Capital Region debut at Creo’.

Lastly, the surprise dessert course featured bourbon bacon ice cream topped with chocolate covered bacon paired with Jack’s Abby’s barrel-aged lager wine, Baby Maker. I was a little worried about the heat from the 14% ABV in the Baby Maker but it went surprisingly well with the ice cream, which delightfully featured bacon in every bite. 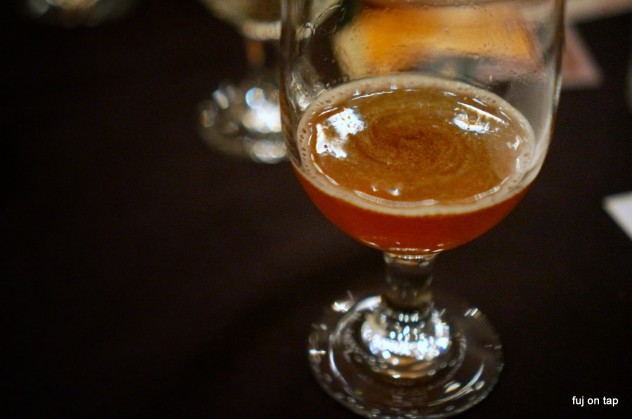 Jack’s Abby is a great brewery but I have to admit I was leary about how it would work as a beer dinner as the offerings we get in the Capital Region tend to be on the pale side of things. Chef David and Jared were able to mix things up and prove Jack’s Abby makes beer dinners work extremely well. I’ve had Chef David’s meals before, know how good of a Chef he is and I still walked away surprised at how just great everything was. The breakfast/lunch/dinner theme was great with the beers, and the food was absolutely top notch. Without a doubt the best meal I’ve had in the Capital Region. If you are trying to decide on whether to go to the Allagash Beer Dinner at Creo’ in March, do not hesitate and book your tickets early!