Last night a few of us from The Bier Abbey had the opportunity to stop down the Capital Region’s newest brewery, Rare Form Brewing Company, meet owners Kevin Mullen and Jenny Kemp, check out the new space, and of course try some beers they had on tap. It was a breath of fresh air, for both the continuation of the improvement of Troy, but also for the craft beer scene in the Upstate New York.

The taproom itself looks bigger than it really is, given that the brewery is directly behind the bar. The bar area holds about 40 people, with a small room off to the side available for private groups or holding tastings. Stools and standing room are available at the bar, while there are some tables and benches off to each side.

The brew house is a Beast 5 BBL system from Psycho Brew that allows for brewing either a double batch or two beers at the same time, which will be nice to do some smaller experimental batches.

The taps are split between the two sides of the bar, each side with its own glass rinser, which is good to see (nothing worse than putting good beer in a dirty glass). There will be a couple of nitro offerings, as well. 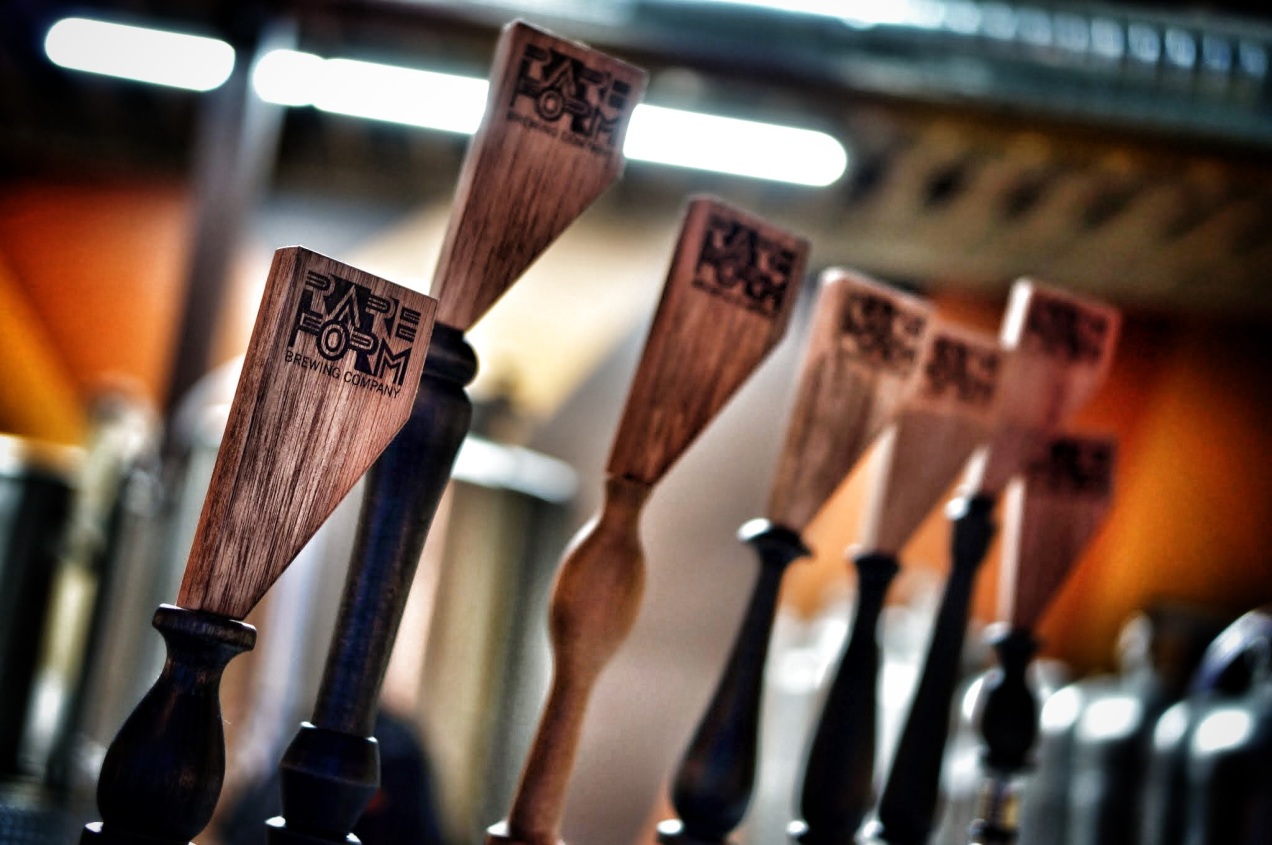 While looking around I was a little confused exactly where their cooler was, not realizing there was a downstairs not readily visible from the bar. Kevin took me for a quick tour of the cooler they made themselves. It looks like they have plenty of Rare Form branded cooperage hiding out down there.

Back at the bar, glass sizes vary depending on the beer and ABV, and as Todd pointed out last night it would be nice to see glass sizes listed on the chalkboard as well. There are still some folks who don’t “get” that not all beers are meant to be served in a 16 ounce glass, and it can be a shock when someone is served a beer in a glass half the size than what they were expecting. 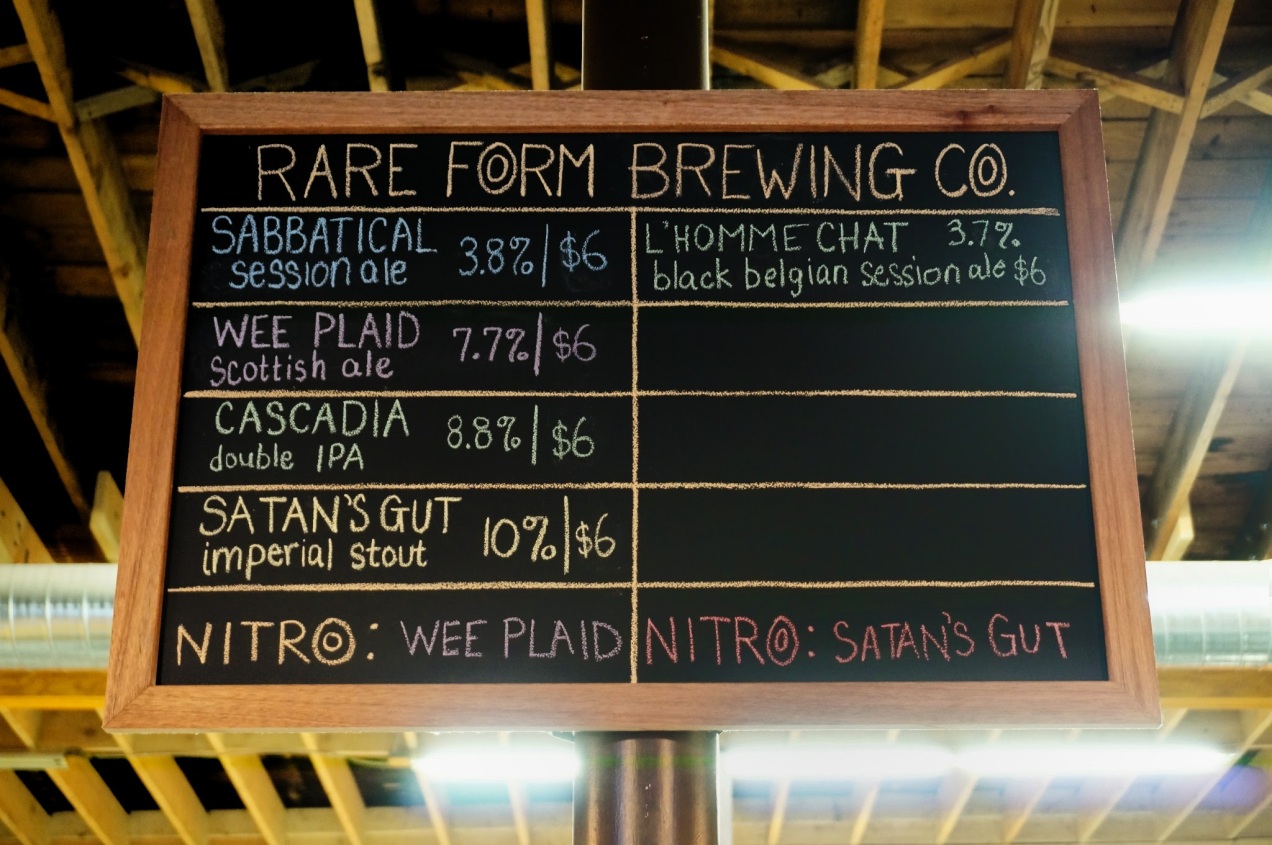 As for the beers themselves, I’ll be honest, whenever I walk into a new brewery opening up in the Capital Region, I have my reservations and things were no different yesterday at Rare Form. I’ve been burned more often than I would like to admit by local brewers who started as homebrewers, were encouraged by friends and family to start brewery, and never really upped their game. Kevin has been brewing in various stages for “more than half [his] life” at this point, and I gotta say I walked away extremely impressed.

First off, all of the beers were extremely drinkable. I like the focus on the session beers which are already very popular this year and… I feel bad that I need to even say this but… none of them had any glaring flaws or tasted like the dreaded “homebrew on a bigger system” as mentioned above. I’m sure Kevin is going to do some tweaks as he gets used to brewing consequetive batches on this much bigger system and the beers are only going to improve. 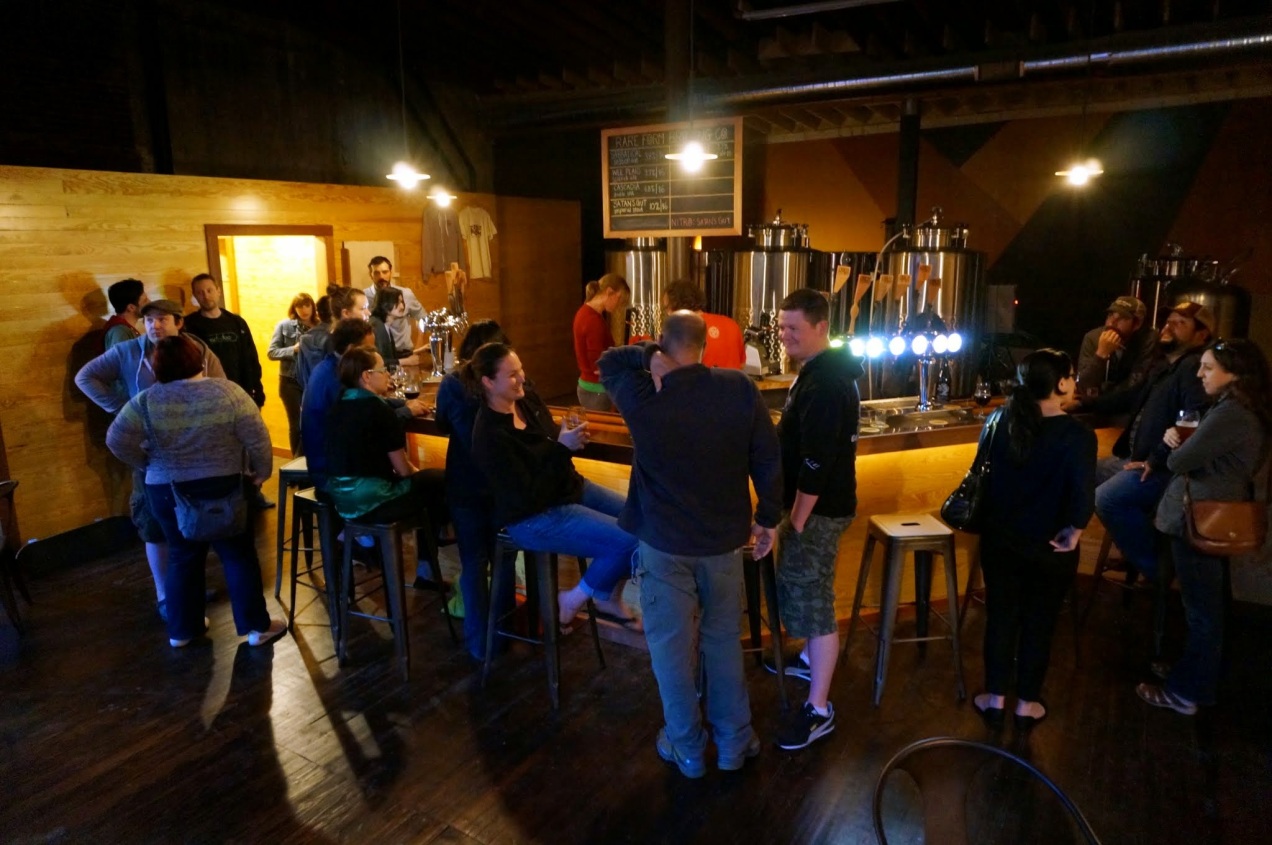 The one change I would love to see would be with the Cascadia Double IPA. Just from a demographic perspective, in 2014, in this location, we live where New England’s Gandhi Bot and Coriolis will kick in a matter of hours. We have no problem driving to MA to Tree House or VT to Alchemist/Hill/Lawson’s for IPAs. And Rushing Duck’s War Elephant is one of our most popular local beers. I think it’s pretty clear that malty and piney are not characteristics Capital Region folks are craving for in their IPA, and most of the time any malt presence in an IPA is usually considered “old” to beer geeks these days. I’d love to see Rare Form offer another IPA where the malt steps aside and lets some super juicy, tropical, citrusy notes shine, as that’s more in line with what’s popular in the Northeast today. 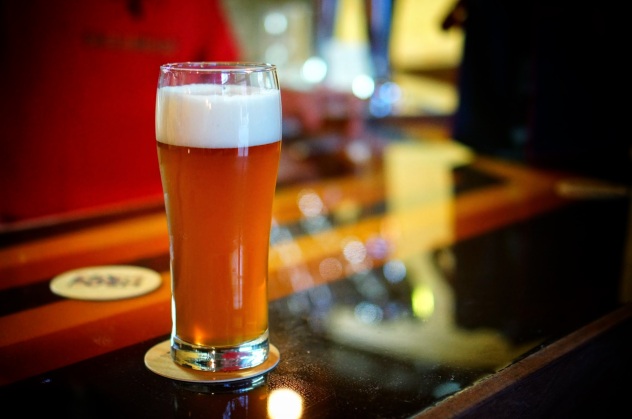 Beyond the beer, some Rare Form swag is also available including shirts, sweatshirts and aluminum growlers for beer to go, although I did not see pricing for growler fills. No #properglassware yet but I’m sure that’ll happen down the road.

As Rare Form is the beginning of the transformation of the corner of Congress St and 4th, I got the chance to check out the progress with the rest of the space, including The Shop, a beer bar that’s adjacent to the brewery. The opening is still a couple of months out, but some of the detail in the work happening there currently looks insanely good. A delicatessen at the corner of the building is also in the works and overall the building is shaping up nicely. 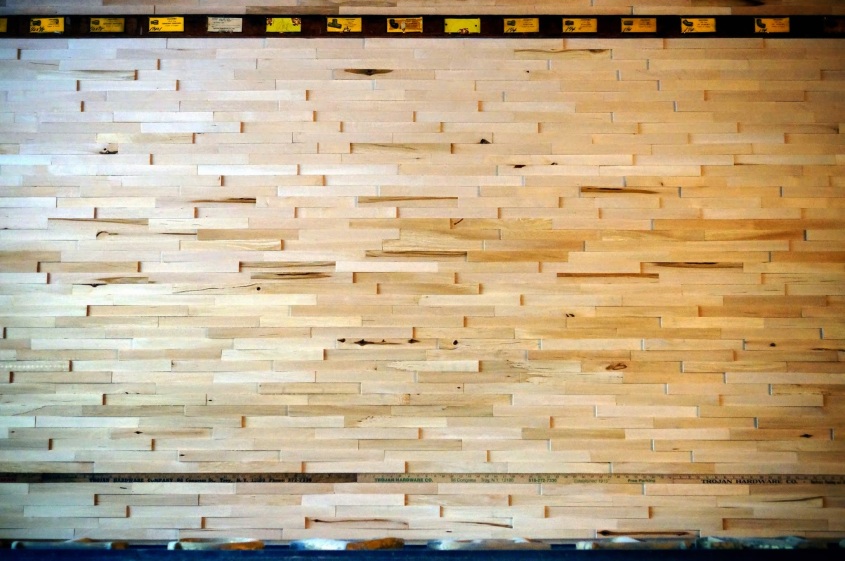 As some of you know, I’m a little (OK, a lot) harsh on breweries in Upstate NY. Living here, but having such great beer being made in all around us in New England has definitely made me a little jaded at this point. The big breweries in New York seem to be on cruise control, taking little to no risk with new beers. The smaller breweries, while opening up in rapid numbers haven’t done much to shake things up either, and most wouldn’t meet the standards set for the beers poured at The Bier Abbey (the only one I can think of off the top of my head that does would be Rushing Duck).

That said I have high hopes for Rare Form. They have a great brand, a website that looks like those of an established brewery, a small, but well put together tasting room, and brewing equipment that doesn’t look like it is meant for homebrew or cobbled together from used parts from other breweries. Not to mention they are making some beer that’s worthy of my recommendation to friends and fellow beer geeks for a brewery visit, and I would gladly serve to a patron at The Abbey if and when they’re producing enough liquid for distribution. I see a lot of potential for Rare Form, and I wish Kevin and Jenny the best of luck.

Rare Form’s Grand Opening is tomorrow, Friday May 30th at 4:30PM. Make sure to head down there to check them out!
—–