I do a lot of beer events around Chez Fuj. Some of them are small three man tastings, some of them we have 8 or 10 guys opening up some great bottles while I’m manning the grill. Twice a year, though, I try to put together a feast of epic proportions, with more food, beer, and people you’d expect to fit in my compact backyard. I’m not going to get too wordy here, but you can read some kind words from Just A Beer Geek and Mr. Sheeps on their respective blogs.

While the theme of this event was bovine-centric there were plenty of mainstays like pulled pork, Ruck wings, bacon wrapped jalapenos and plenty of cured meats. On the beef side is where things got interesting, with rocky mountain oysters, beef adobo, cheesesteaks, beef hearts skewers, Elise’s chipped beef bread dip and my 100% Beef Heart Coney Sauce.

The beers were insane. I had something like 40 new checkins that night, lining me right up for a nice #2500th Night later the next week. I can’t possibly list all of the beers opened, but let’s just say we hit triple digits easily. 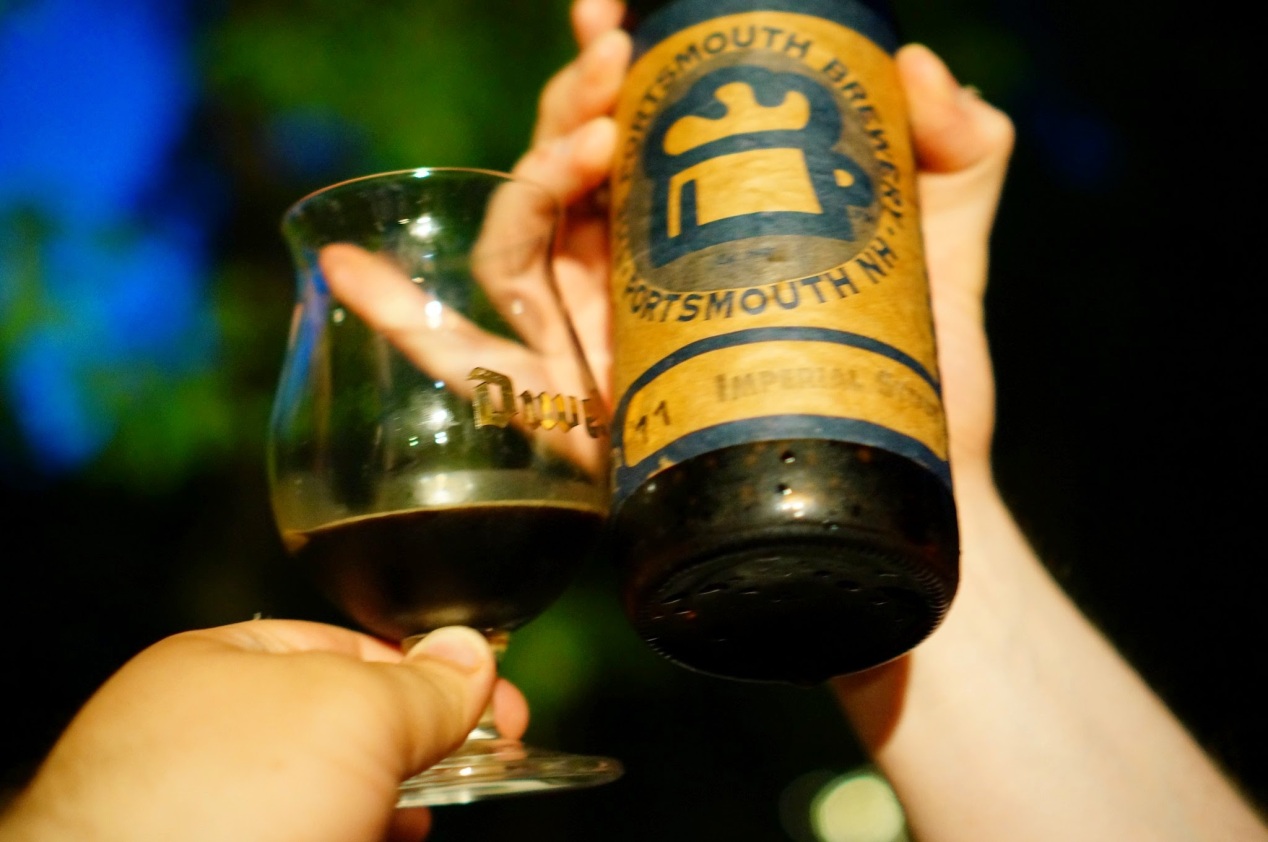 Sure, there were some shenanigans and we could probably have started earlier in the day, but overall I’d say the night was a success. Thank you to everyone who came and made the night a memorable one, and keep an eye out for the next big one in the fall.