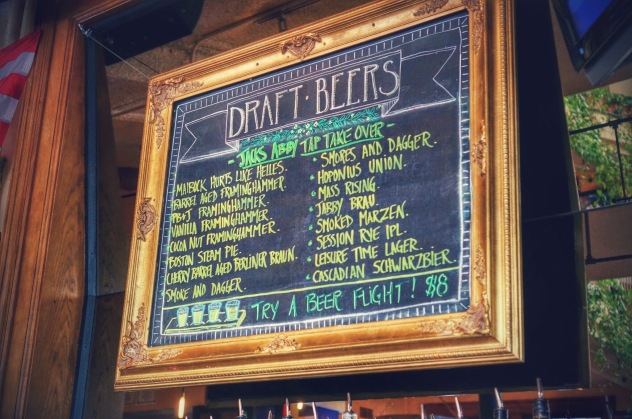 I started off the night with Jack’s Cherry Berliner Braun and it might have been the best beer of the night. It’s amazing what some time in the barrel and some cherries can do for a sour beer. Such a huge improvement over the base. 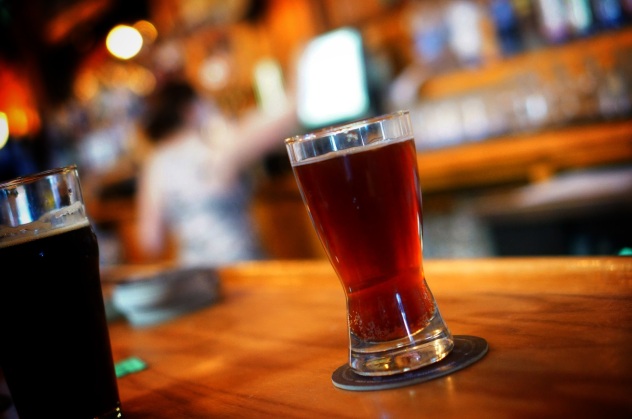 For the next round of beers we dove into some of the Framinghammer variants. I’ve had plenty of the vanilla, coffee and regular barrel-aged versions before, but this was my first time with the PB&J and Cocoa Nut versions. All of them were pretty good, with nothing too overpowering here. 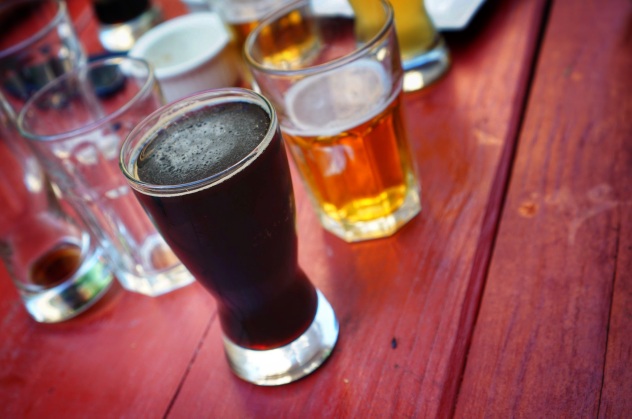 Chef Dimitrios brought out a few things they are working on while we were sitting at a picnic table out back, including some of this insanely delicious house cured duck prosciutto. 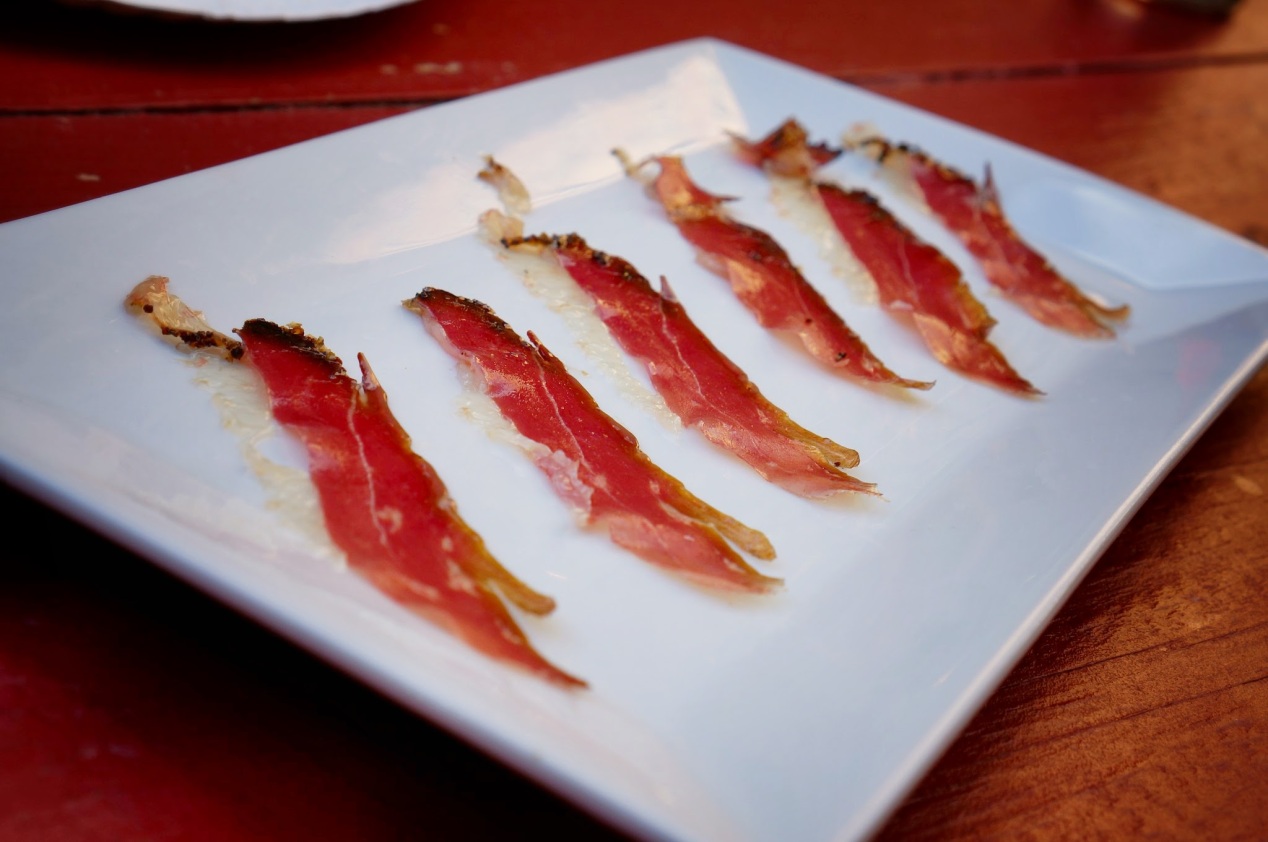 It will be tough for me not to wax poetic about these ginger and tamari wings. Sure, The Ruck’s buffalo wings are my go to standard for a bar, and Chef Rachel will make them to order just hot enough to make me tear up without going overboard. But these wings at The City Beer Hall aren’t buffalo wings, they’re something completely different. They’re braised ahead of time, making the meat super flavorful and fall off the bone. Then they’re fried to order, giving the delicate skin a nice, crispy texture. And with the sauce they’re coated in the dish is sweet, spicy and packs a ton of umami all at the same time. Instead of bleu cheese it’s presented with sambal and cilantro sour cream. Needless to say, I’m a huge fan. 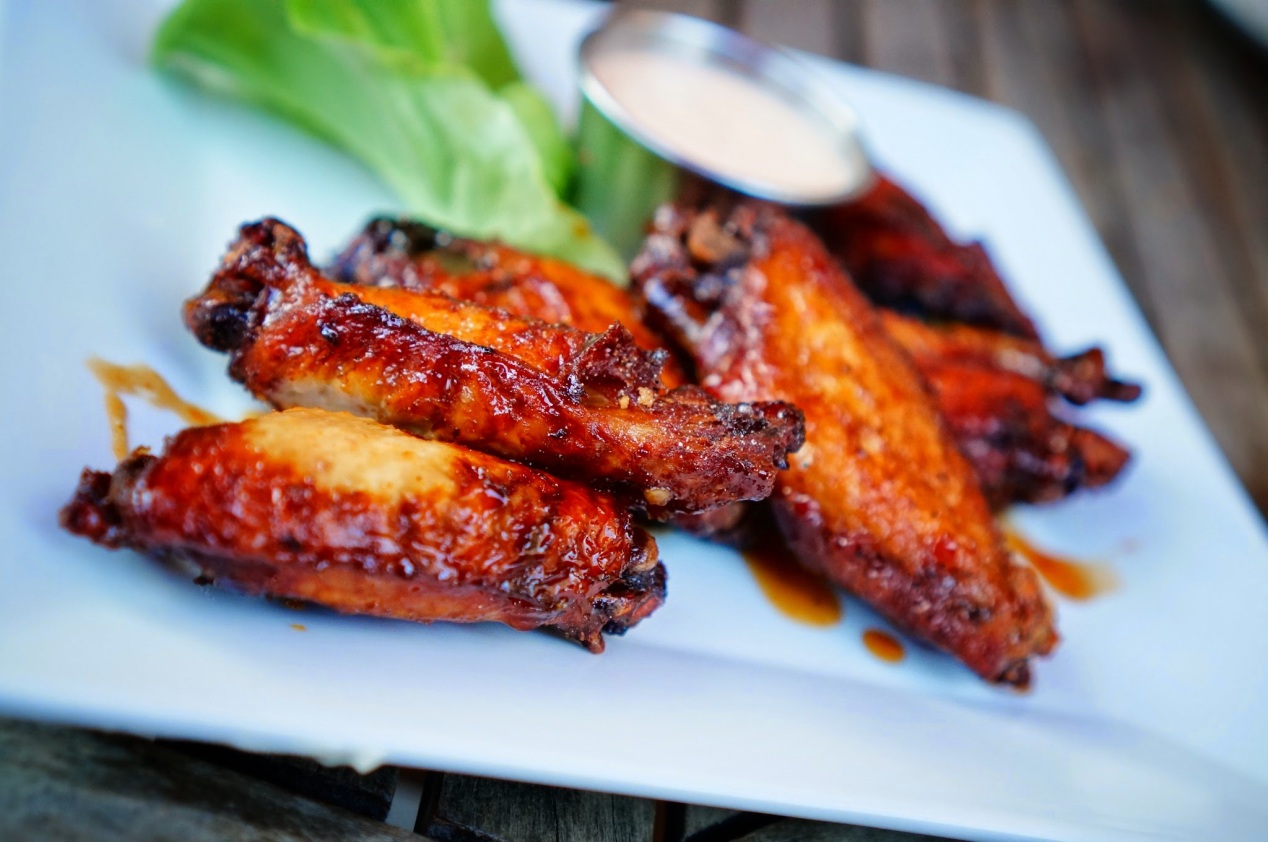 Elise and I settled in with some Leisure Time Lager and Hoponius to go with the rest of dinner: bruschetta and tuna tacos. Sad to see the bruschetta off the summer menu! 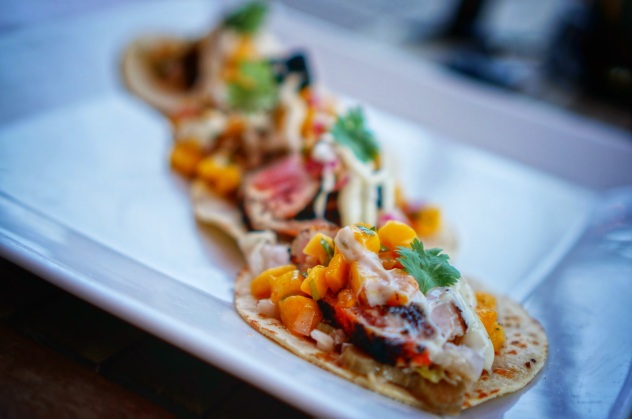 Overall a pretty awesome night of hanging with friends on The City Beer Hall’s beautiful patio, eating great food and drinking some amazing Jack’s Abby beers. What more can you ask for?
—–