Continuing on with the Troy Craft Beer Week posts, an amazing time was had at The Ruck last night. Dave and his crew have really spearheaded Troy Craft Beer Week and have been crushing it with the events. Not only did they have their Firestone Walker tap event last night, but also held their Ales vs. Lagers dinner up on the second floor. When that let out it meant we had folks from both Remarkable Liquids and Craft Beer Guild, reps from Jack’s Abby, Firestone Walker, Allagash and Troegs, Chefs from The Ruck, The City Beer Hall and Creo, staff from The Bier Abbey, World of Beer, and The City Beer Hall all hanging out celebrating the night. Awesome to say the least. Let’s check out the pics: 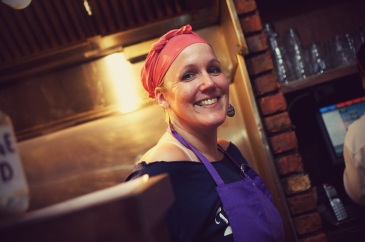 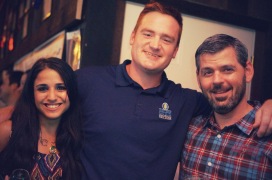 There are still a couple of days left for the week. The Ruck has both of their Jack’s Abby events lined up for tonight, and a brunch on Saturday followed by a Lagunitas event that night. The Grocery is going on night #2 for doing up Evil Tacos as well. And of course the Troy On Tap Festival is still slated for tomorrow, even with the impending weather. Make sure to get out there and get your Beer Week on!

Before The Ruck I also got a chance to head over to the Green Island Bridge and snap a few pics of the TroyBot before heading on to the event. Check it out!