They’re growing an incredible amount of fruits, spices and herbs on their property. Just about any space that isn’t taken up by a barrel room or production facility has some sort of greenhouse, grapes, honey bees or something else growing there. OEC even has a line of beer where only fruits, spices, and herbs grown on their property can be used, and those ingredients can only be used in their most natural form, meaning they must be freshly harvested, and used without washing off precious flavors, aromas and microbes. More info on that series can be found here. 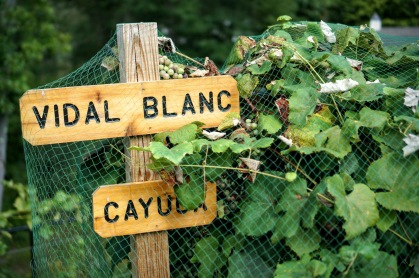 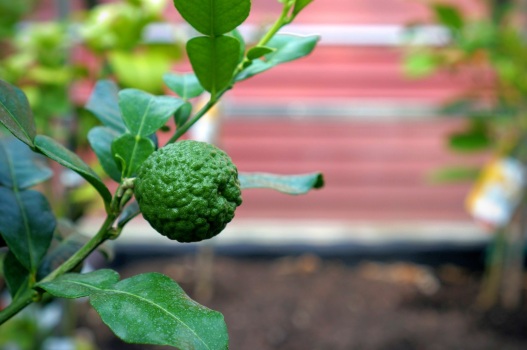 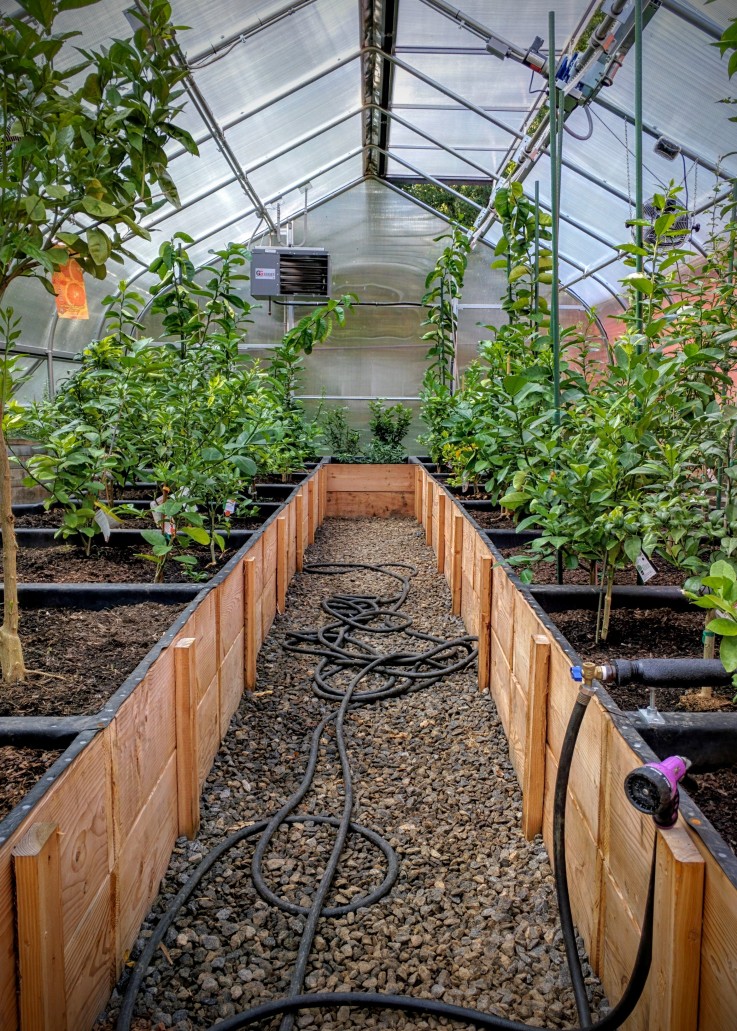 Walking into the brewing space is striking. No cement floors with drains and hoses all over the place here. Everything is self contained, (almost) full automated, and drops through the floor for cleanup. When we first saw it, we asked where the real system was because this area was so clean it looked like something out of a brewery museum. Wort is cooled via two methods: a beautiful copper coolship where beers are rested anywhere from 45 mins to overnight depending on style, then further cooled and aerated on this ridiculous beaudelot cooler.

Next the wort is fermented in either stainless, or one of their more experimental fermenters like the open, square concrete one they currently use. Other fermenters like the terracotta and granite fermenters had just arrived and were not being utilized yet, but I’m sure they’ll add some interesting characteristics to the finished product. 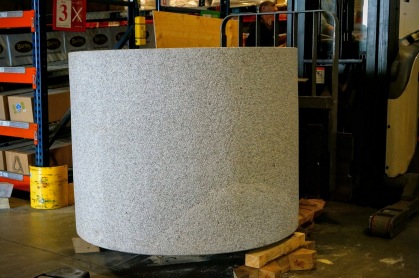 Located behind OEC is another fermentation technique they’re experimenting with: their own version of a Urwaga Pit. Wine barrels from McLaughlin Vineyard are filled with wort, laid to rest in the pit covered with pine tree branches and other aromatics, then sealed up for the duration of the fermentation process. More info can be found here.

Several different barrel houses occupy the property, some located in their building built into the side of the hill for natural temperature control, some are outside and utilized explicitly for creating eisbock and other ice beers, and another had this absolutely badass late 70s Land Rover Defender that’s used a rolling jockey box. 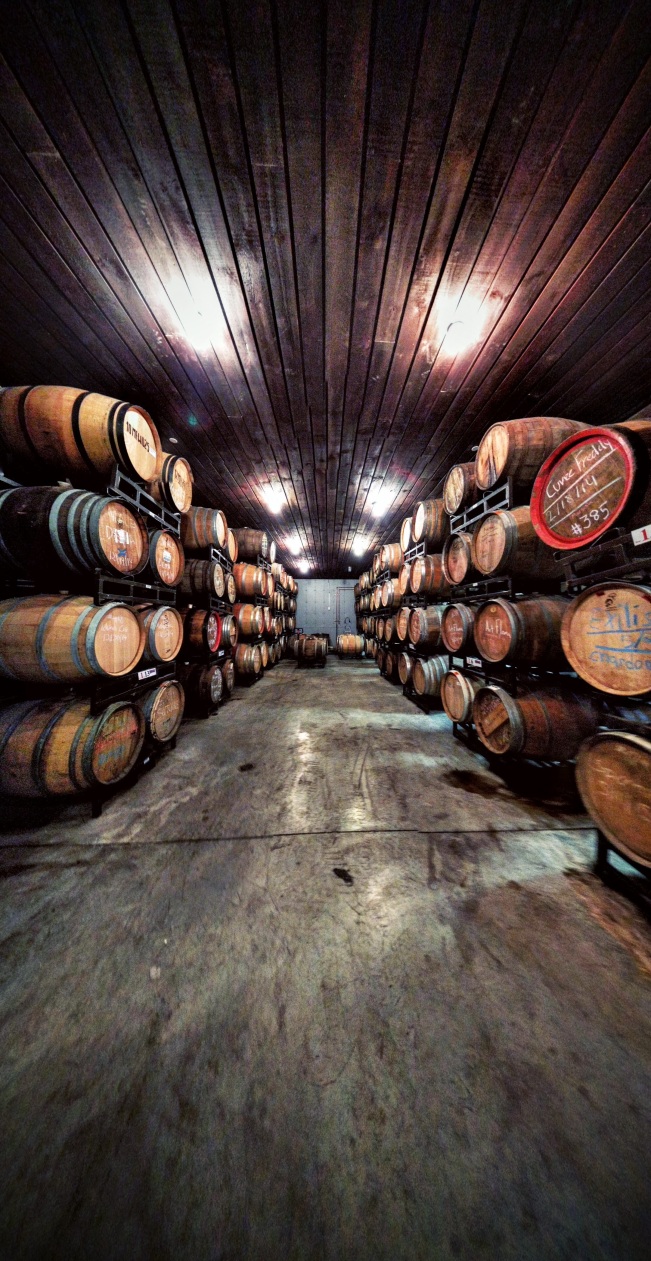 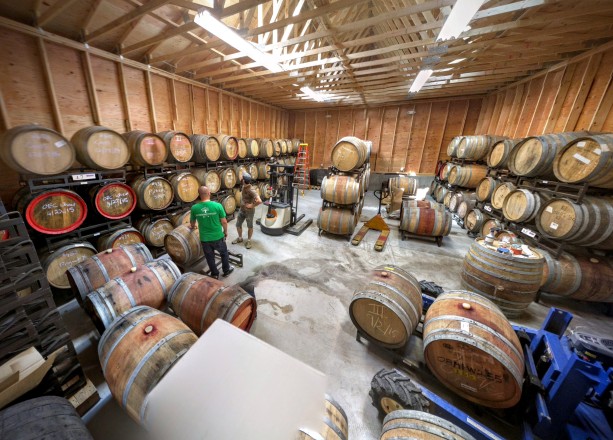 The tasting room is as elaborate as the rest of the facility, and I imaging on days they are open it gets quite bustling. OEC drafts are available, as are their bottles to go, and guest bottles from B. United’s catalog. A deck with some picnic tables extends towards the back of the tasting room with a view of B. United’s beautiful grounds.

One of the more interesting things you hear about with B. United is their use of tank containers to transport beer and wort from breweries around the world to their facilities. This eliminates the need to fill and dispose of key kegs or return cooperage. Each of the compartments of the container hold about 35 hectoliters of beer, which is kept at 32-33F during transport. More volume to less exposed surface area means less oxidation of the beer as well.

This was an eyeopening experience. B United is importing some really great beers and doing some very cool things with them. OEC is doing some incredibly experimental stuff that other breweries just can’t take the risk to attempt, and they also have the luxury of B United’s portfolio to blend their beers together where the sum is truly great than its parts (Oudilis may be my best beer of 2015). A huge thank you goes out to Tony for taking time out of his day to show Derek and I around the grounds. If OEC is on tap in your area, it’s absolutely worth seeking out, and if you can, visiting the tasting room is a must.