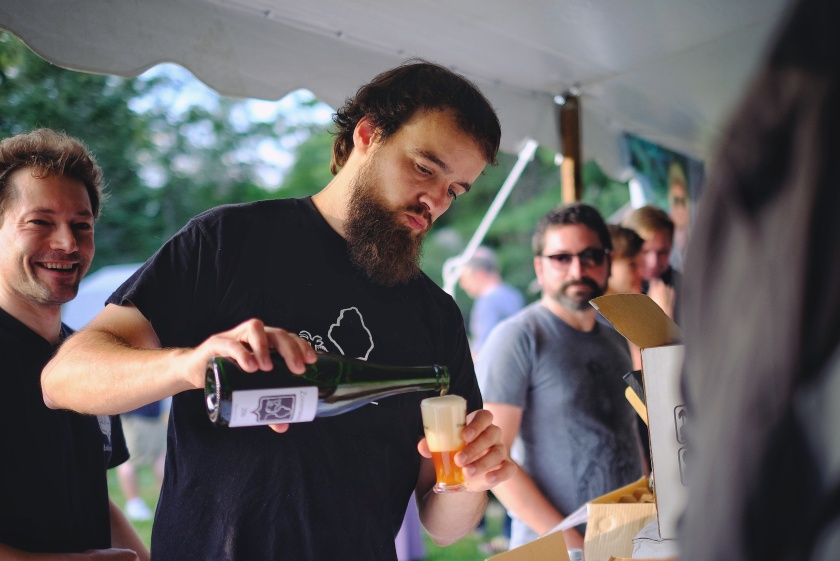 This past weekend I finally got a chance to make my way back up to Ebenezer’s Pub for their Belgian Beer Fest, Night of the Great Thirst Edition. The weekend it occurs usually falls on the same weekend as my birthday (it fell on my birthday this year) so a lot of years I find myself having other commitments that prevent me from coming up. The last time I was able to attend was back in 2013, and there’s a whole bunch more info pertaining to the event and its history in this post. Even this year it was a last minute thing, but once I got the green light I made the five hour drive from Upstate NY early that morning.

No visit to Eb’s is complete without hitting the bar for that always impeccable draft list and some incredible food, plus it’s always a good idea to get some grub before drinking sour beer for several hours straight. The fish and chips washed down with some Tipopils did not disappoint.

Still having some time to kill while the fest was getting set up, I reconnected with some old friends and met some online friends but had not met in person yet. I could tell people were still recovering from the previous night’s shenanigans. 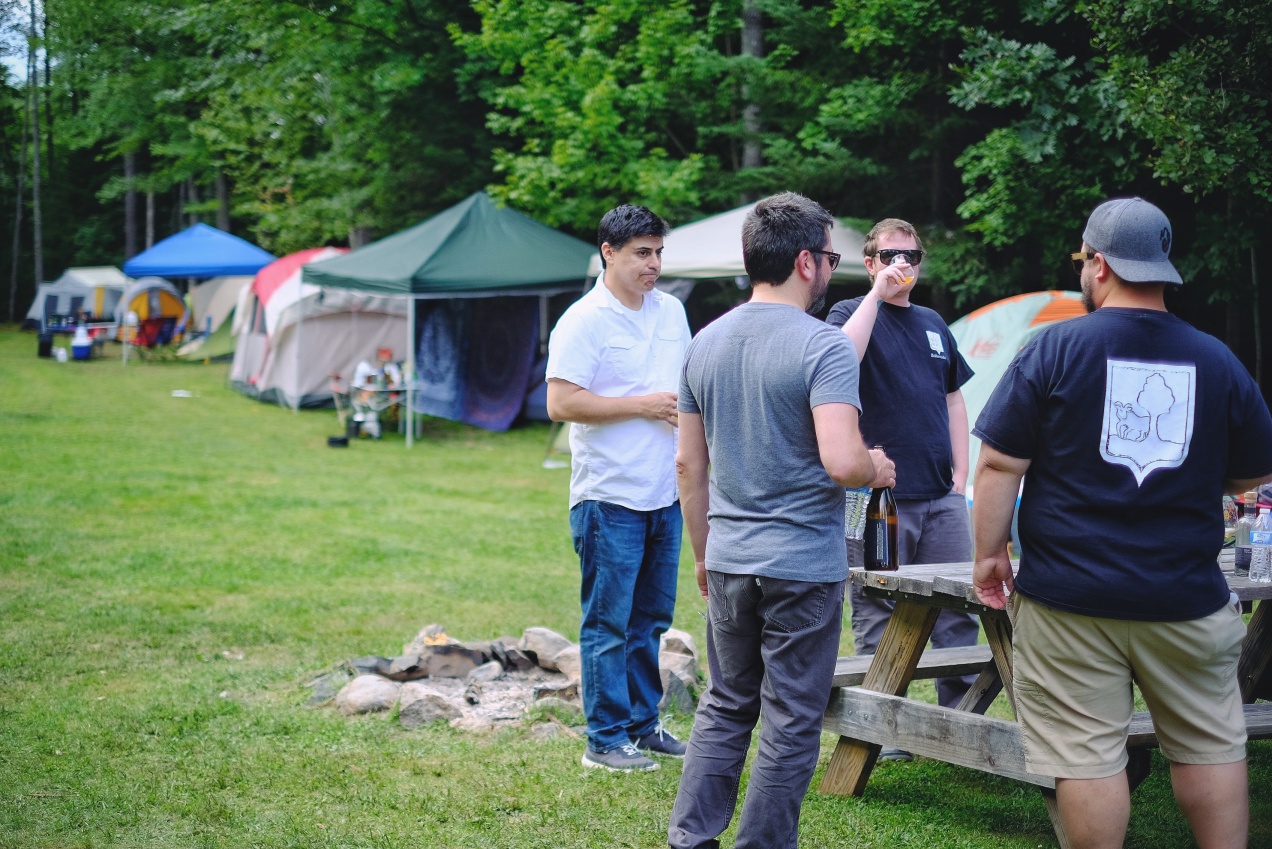 Like the previous time I was there, the fest operated on coins you purchased upon entering the fest. Some of the beer is available for pours, while other bottles you chip in your coins with a few others to split the bottles together. This year’s featured brewer was Raf with his lambic blends from Bokkereyder. I’ve been out of the beer trading game for a while now, so without this fest I likely would not have been able to try any of these incredible blends. Having never tried any of Raf’s beer before, I was happy to split a couple bottles with friends and get pours of some of the others. 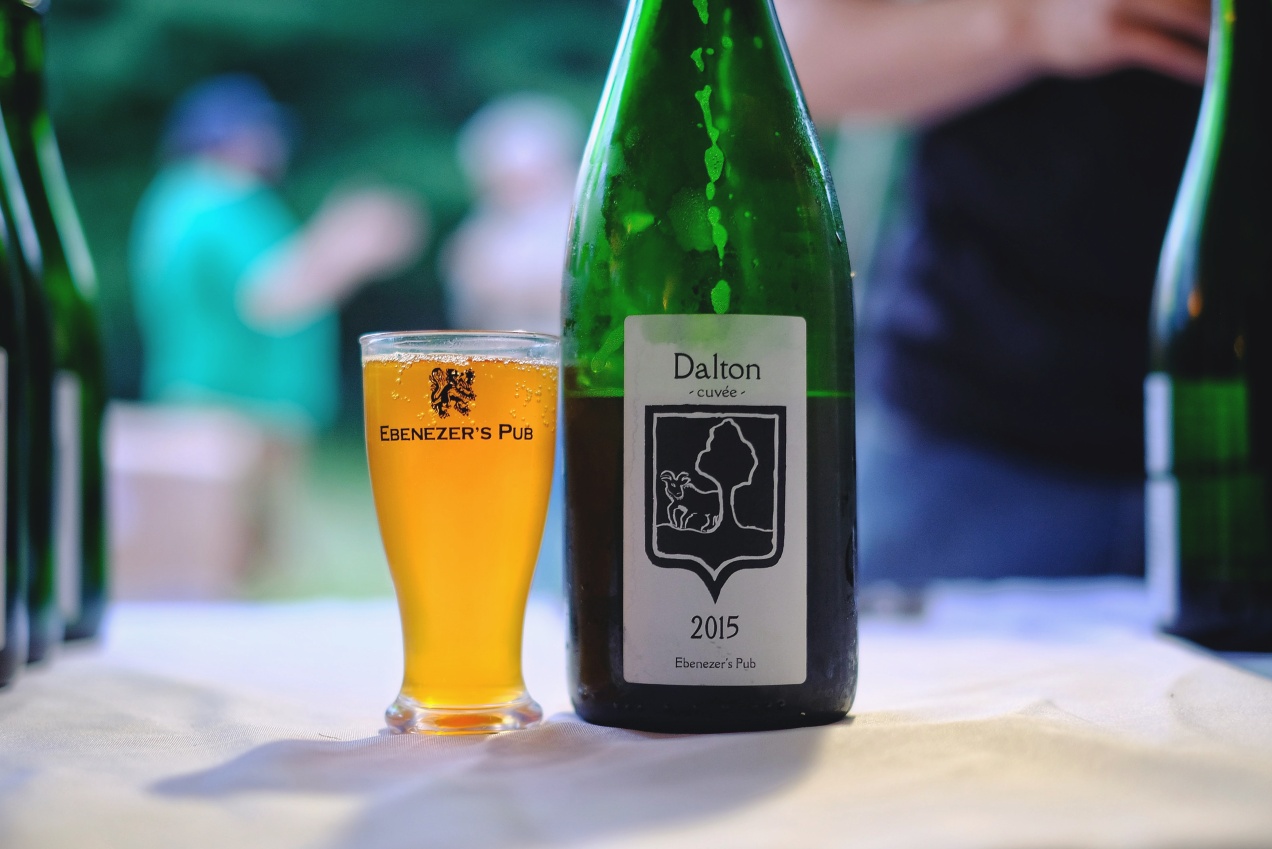 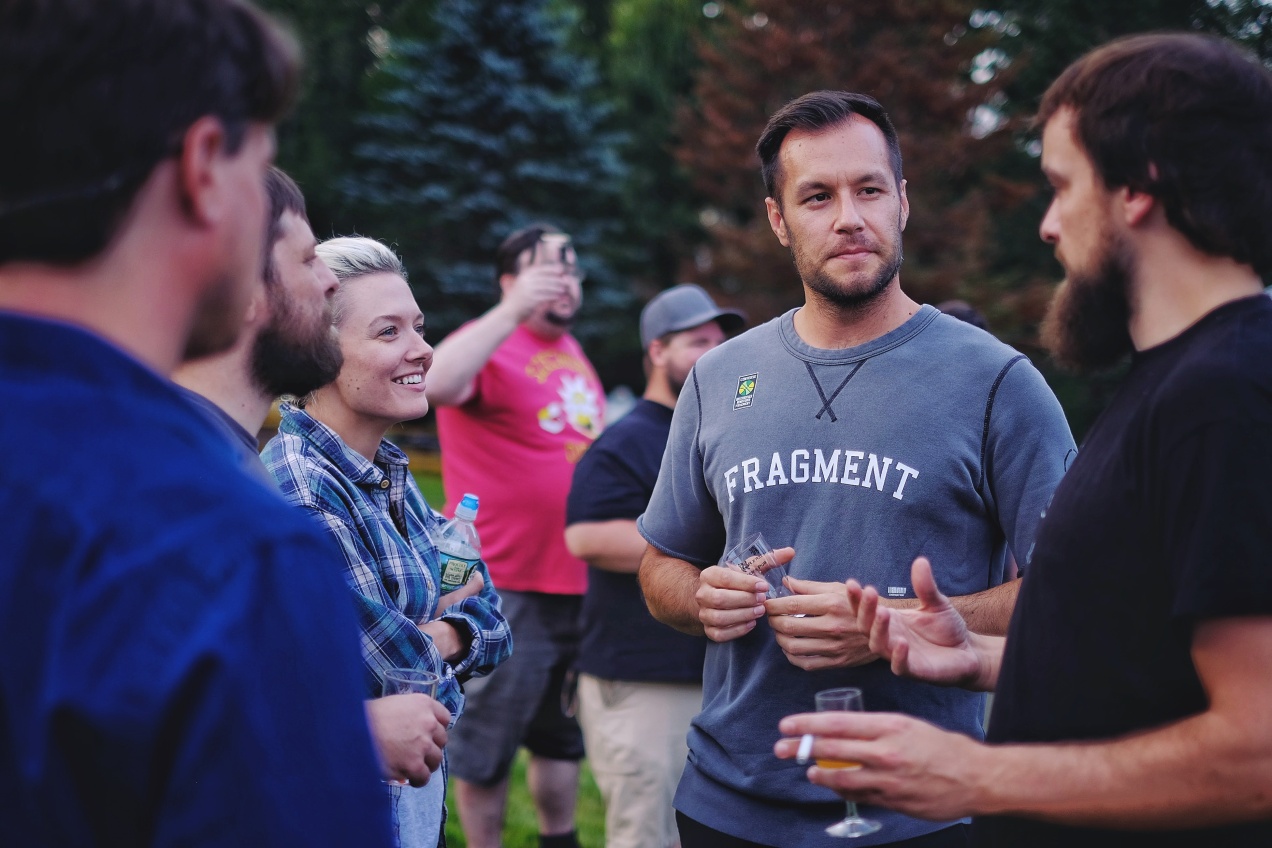 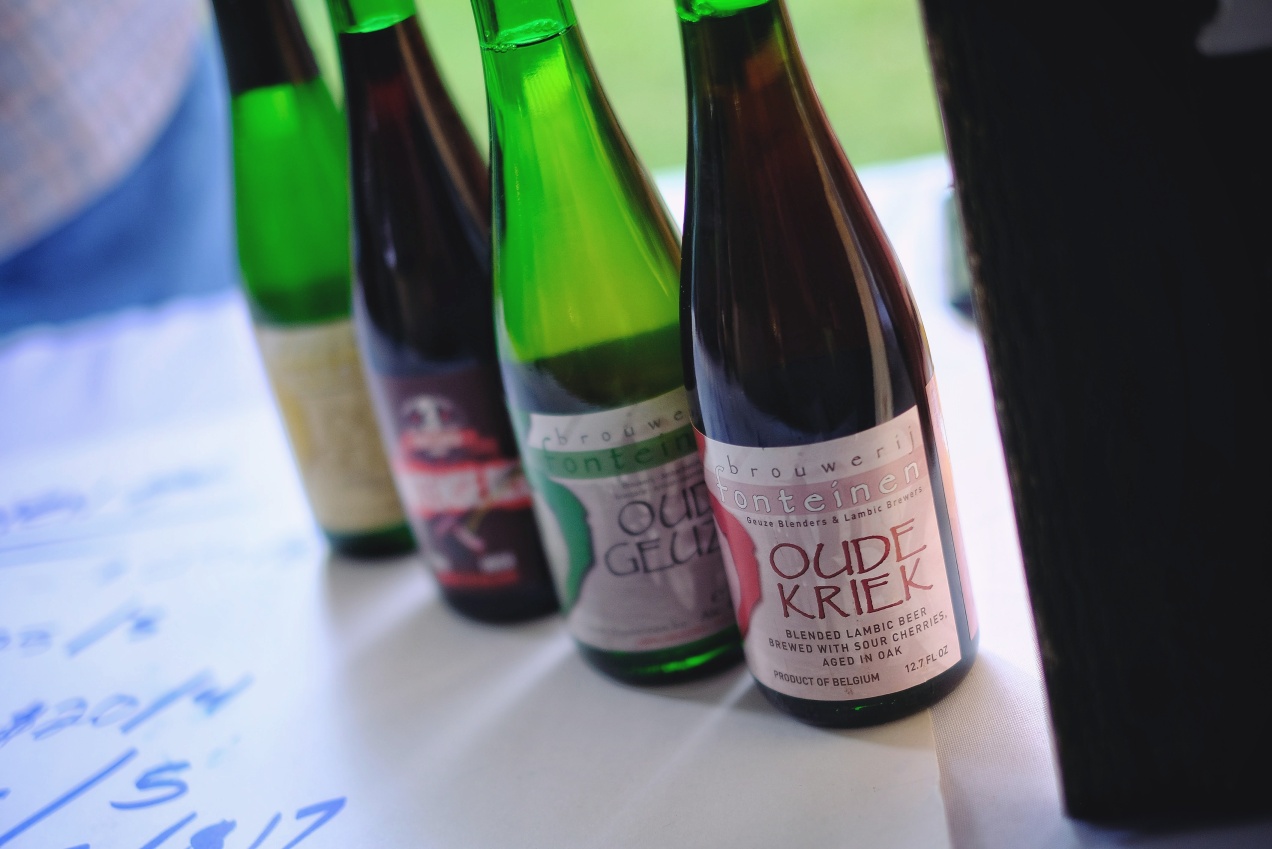 Kool Keith in the house! Sadly after putting some 10+ hours in the driver’s seat that weekend and many hours of drinking beer, I was unable to stay awake for his performance later that night/earlier that morning.

Incredible to see this lambic and gueuze on cask. First I’ve ever seen in the country. 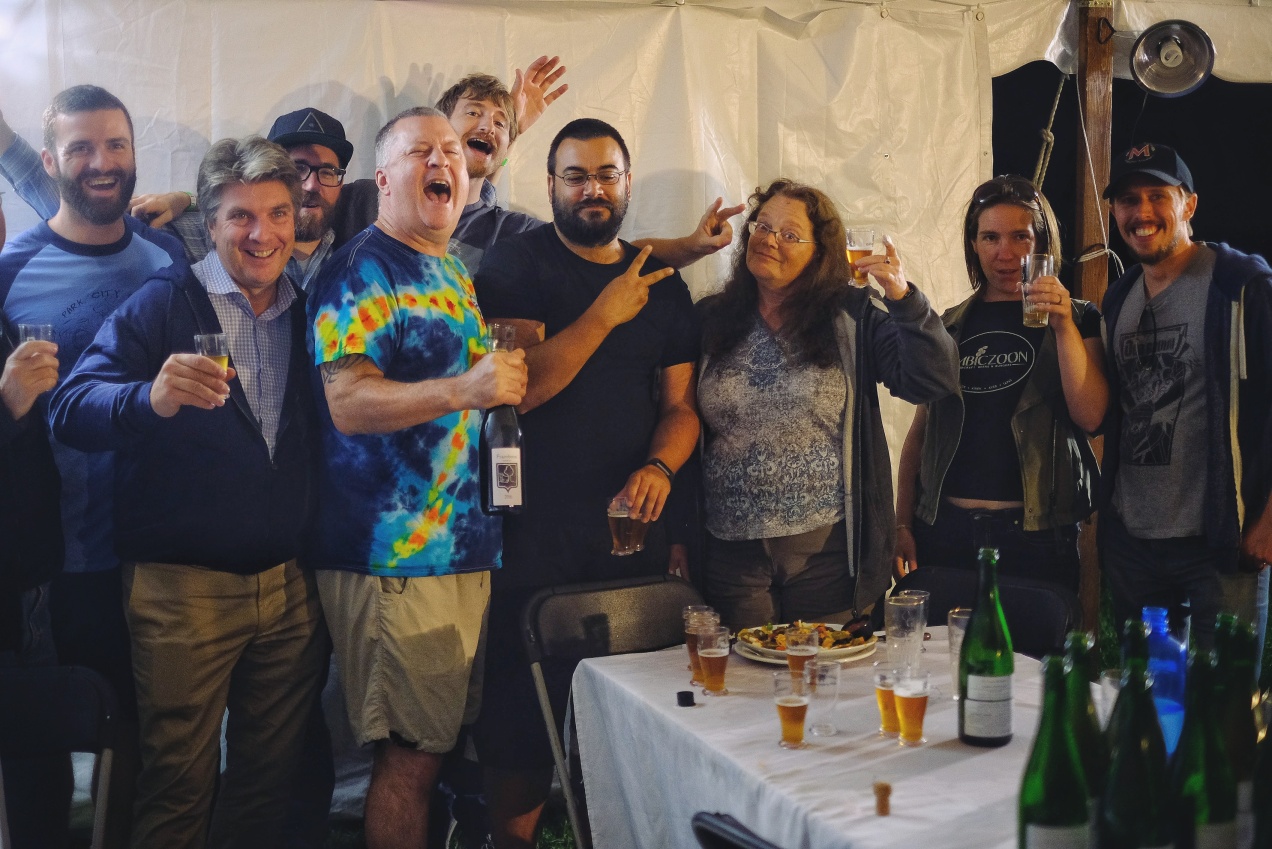 Crushed Out kept the tunes going all night.

Yves Panneels, from Belgium’s Night of the Great Thirst Gueuze & Lambic Festival and co-owner of The Pub with Insurance Against the Great Thirst, returned again this year and following the fest gave a another lecture on lambic and gueuze while participants tasted rare beer.

Late night is always followed by what else? More beers by the fire.

An amazing event as always. Part of me attends these events and I think “Where the hell are all the people??” The events are never what I would say is poorly attended, but I’m always surprised that when a collection of these people and these beers are so available at this type of an event, on top of the option to camp out, bottle share and grill along with the great food and drafts available, there isn’t hordes of people showing up. Ebenezer’s events totally deserve that kind of buzz happening for them. But another part of me feels like that if that happened, this low key and intimate event would lose some of its charm. Regardless, it’s incredible to see someone like Chris Lively be so dedicated to the beer and his craft, like no other bar owner I’ve seen. Thank you for doing what you do, Chris.