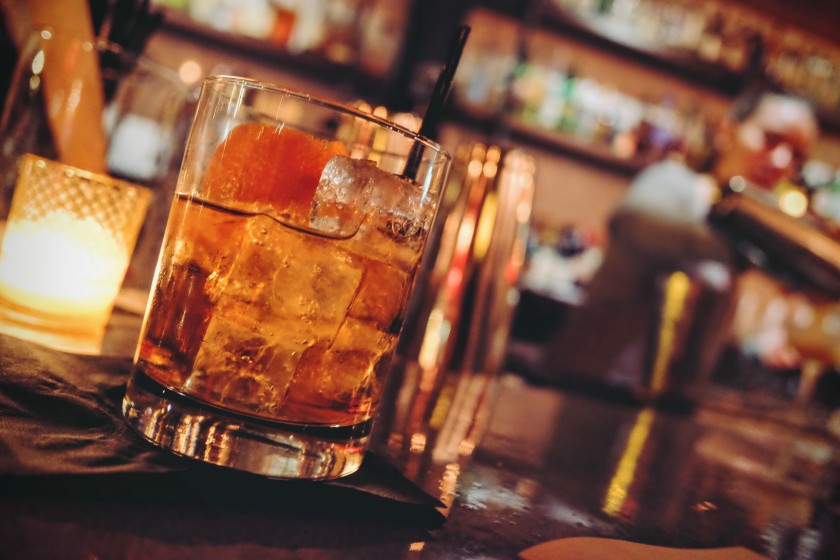 If you follow me on Instagram, it should be no surprise I’m absolutely head over heels with Hamlet & Ghost. It is a go to anytime I’m in Saratoga, or even just a quick stop on my way to Common Roots and back. They are serving up some of the best cocktails in the Capital Region, and their food is just as on point as well. As both their food and drink menus have been evolving quickly, some of the items pictured here may have changed, but here are some of my favorite dishes and cocktails I’ve enjoyed there on my many visits since they’ve opened up.

END_OF_DOCUMENT_TOKEN_TO_BE_REPLACED 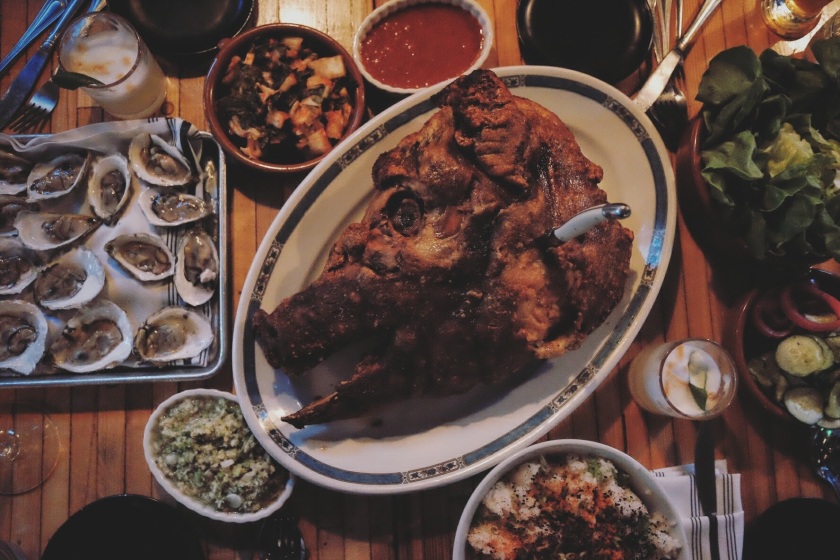 It’s been awhile since I’ve posted, but I wanted to share this spectacular dinner I was treated to over at Peck’s Arcade last week.

While drinking some shandy’s and eating tacos over at the Suarez Family Brewing event at Superior Merchandise Co. last Sunday, we got talking to Chef Nick Ruscitto about the pig’s head we’ve seen at Peck’s in the past and when he might have another one available. It’s not something that’s on the menu, but they’ll occasionally have one that they’ll split in half and serve family style to two parties of 4-6 people. We were in luck, and they had one available that we ended up reserving for later on that week.

END_OF_DOCUMENT_TOKEN_TO_BE_REPLACED

Seems like more and more lately I find myself heading towards Hudson and the surrounding areas. Too often I hop on the Thruway and head straight to New York City. I’ve done that for years now, missing out on all of this goodness that has been less than an hour drive from me.

Gaskins in Germantown and Suarez Family Brewing in Livingston are a big draw for me, but I really hadn’t done much in Hudson itself until a few months ago. So far, everything I’ve stumbled upon or that’s been recommended by friends has been pretty great. Let’s take a look.

END_OF_DOCUMENT_TOKEN_TO_BE_REPLACED

Before the new year the crew at Peck’s Arcade held another popup, this time a dinner in the style of your “Italian Grandma” rather than the noodle shop popups they have done in the past. The event was held a few times over the holidays and all of the classics were there, such as lasagna, homemade pasta, parm dishes and meatballs. Tables were decked out in iconic red and white checked tablecloths and a few Italian inspired cocktails were offered along with Italian and Italian-American wine. Italian-American cuisine is not something I go out for too often since I have a pretty good grasp of it at home, but it’s always nice to sit back, relax and let Chef Nick and his team do the cooking while sitting at the Chef’s Counter for a little entertainment for the evening. Let’s take a look:
END_OF_DOCUMENT_TOKEN_TO_BE_REPLACED

END_OF_DOCUMENT_TOKEN_TO_BE_REPLACED

Just wanted to give a quick shoutout to my homies at Peck’s Arcade for putting together this impromptu tasting for my birthday last week. I showed up unannounced to sneak in a quick solo bite before meeting up for the debauchery that would ensue later at Rare Form, The Shop, and The Ruck. Chef Nick and his kitchen staff killed it as always. (Sadly I only had my phone with me so these pics will have to do.) Thank you, everyone!

END_OF_DOCUMENT_TOKEN_TO_BE_REPLACED

Well, I’ve been neglecting the blog a bit lately but that doesn’t mean I haven’t been out there checking new things out. I may switch up the format of the homepage here to focus less on new posts and more on recommendations of my favorite regional spots, but that will take a little bit. In the meantime I’m going to play catch up on some visits with some short posts, some new, some you may have seen on Facebook.