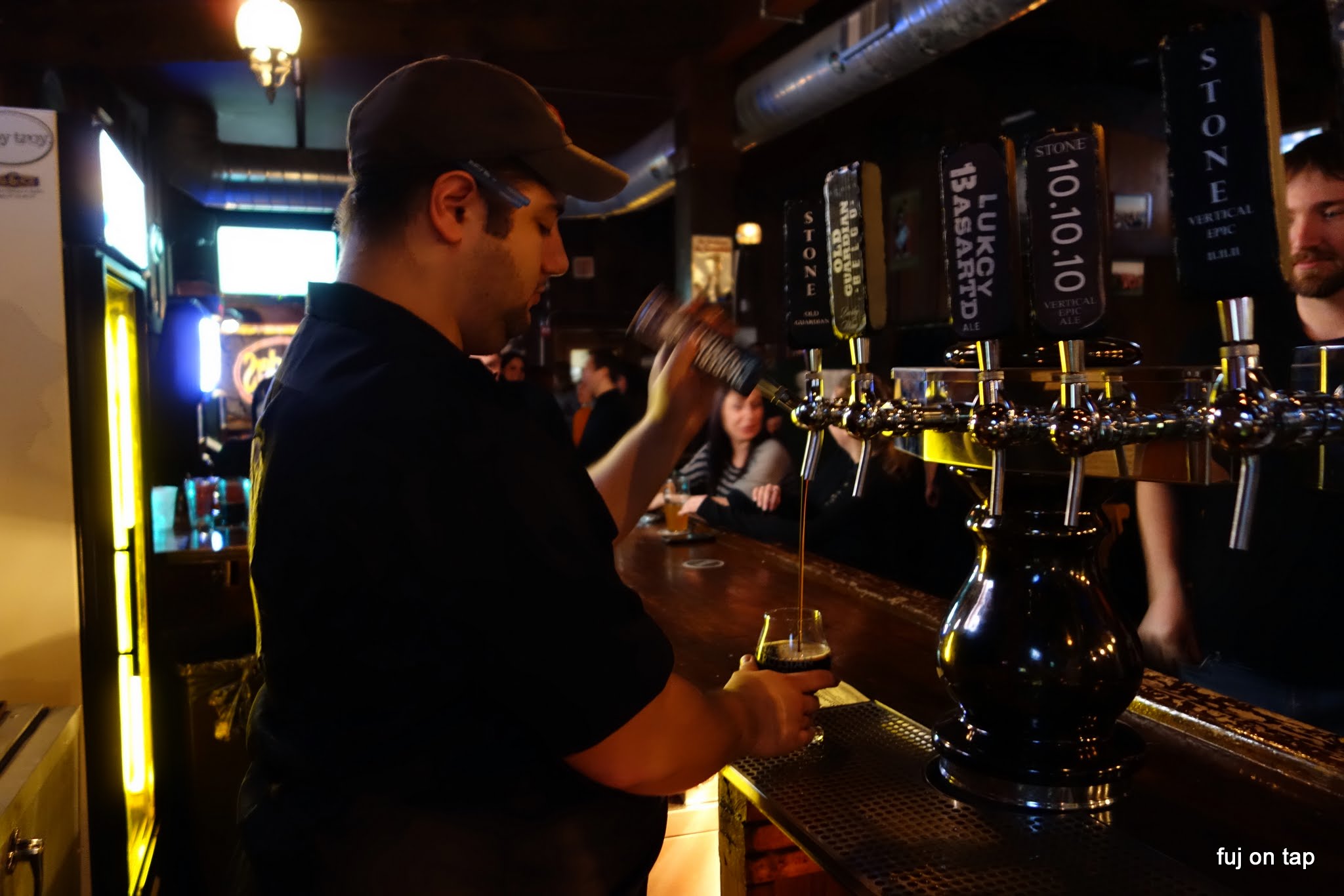 I’ve had all of the VE’s available at some tasting or another, so I stayed away from them for the most part. I was driving that night so I didn’t get too crazy, but I did small pours on both of the Old Guardians and the RIS (my favorite beer of the night) as I’ve never had any of them, and grabbed tastes of both of Bill’s VE ’06 and ’07 bottles.

I really enjoyed myself that night at The Ruck, it’s a good way to get together with some friends, eat Ruck wings and try some beers you wouldn’t normally get your hands on. That said, it’s been a week and a half since the Vintage Stone Night and most of these beers are still available on tap. I really hope that is not a deterrence for these kind of nights since these are the types of event that keeps things interesting at bars in the Capital Region instead of the same boring ass lineup of Brooklyn Lager/Saranac (anything)/Rare Vos/Apricot Wheat/UFO/UBU/etc. at every bar around here. Here’s hopin’.

3 thoughts on “Vintage Stone Night at The Ruck”