Wow, finally. I’ve been waiting with anticipation to make the pilgrimage to Hill Farmstead ever since I started hearing about them BeerAdvocate. It’s a little too far out of the way for a day trip so it was a perfect opportunity to go there while we were staying at Mt. Philo. I’ve heard some pretty mixed reviews about the brewery experience, but luckily our visit was pretty eventful.

The drive from Waterbury to Hill Farmstead is long and winding. Mostly two-lane roads that take you through Stowe, and if you don’t mind a little detour you can visit Trapp Family Lodge on the way by like we did. (The place is beautiful, by the way, but reminds me of the place they stay at in Dirty Dancing.)

Further down the road houses and stores become less and less frequent until you turn on to a road that no shit reminded me of someplace Schrute Farms might be on. It’s a dirt/gravel road that my car nor my passengers (Elise, Kuma) loved. A couple of turns later and you see this beautiful bastard in the distance and you know the entire trip was worth it: 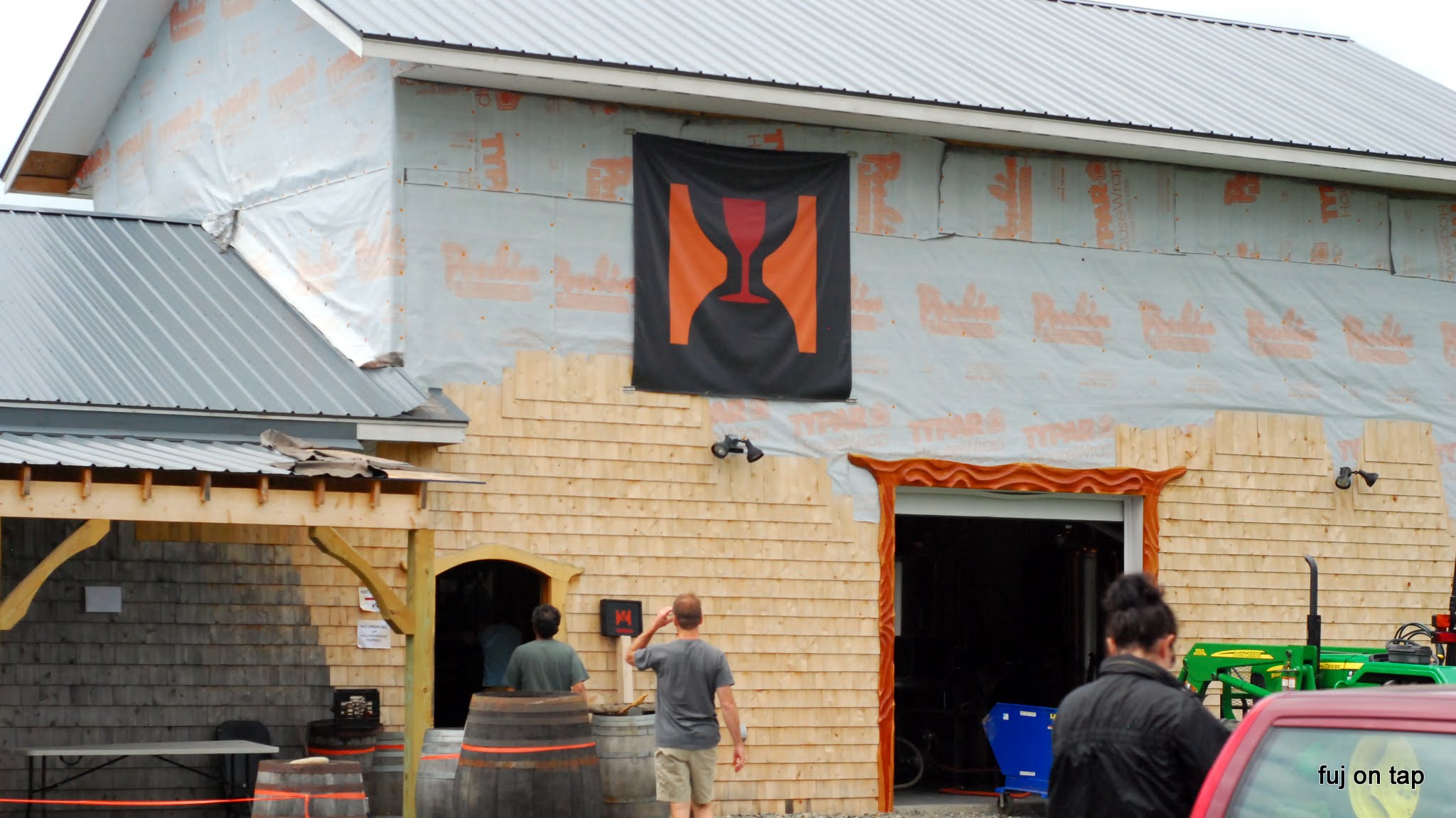 Like I said, I’ve heard mixed things about visiting Hill Farmstead from people on BA and even the Vermont folks I met that week. Going into it, I was expecting it to be a mostly in and out affair:  get in, get my growlers, no bullshit, and get out of there. Fifteen, twenty minutes tops. Luckily, that wasn’t the case.

Obviously we got the tasting flight (and then another when the first flight was drying up). There were about 6 beers on tap that day so we tried them all. While that was going on, Abner was brewing and I got to chat with Shaun Hill about it and Double Galaxy and even got to try some of the Abner wort (that was fucking badass). There was no Abner that day, but there was Nor so I settled on a growler of that (in retrospect, I’m extremely glad I did).

I also grabbed a growler of Double Galaxy I promised for Jon, and a bomber of Everett for Elise, the only bottled beer they had that day. While they were pouring my Nor, they mentioned it was on the way out. The growler of Nor after mine actually kicked their last keg of the stuff, so a new beer had to be chosen: Society and Solitude #4.

This beer was kegged just two days before. It was so new that Shawn hadn’t actually had a taste of it. I couldn’t NOT get a growler of this beer. After filling up a 750ml bottle, mine was the first half gallon growler of the brew. Ever. Pretty cool. After snagging a couple of glasses (necessary to bring for any of the festivals they have there) and a shirt for Elise, we were on our way to dinner with friends.

Actually making it to Hill Farmstead is a little bittersweet for me. I feel like each of my Vermont trips has gotten bigger and bigger and bigger, and now there’s not much else for me to do there but catch up on some of the “lesser” breweries I haven’t hit yet, and a festival or bottle release here and there. With any luck (hopefully) that’s not the case.