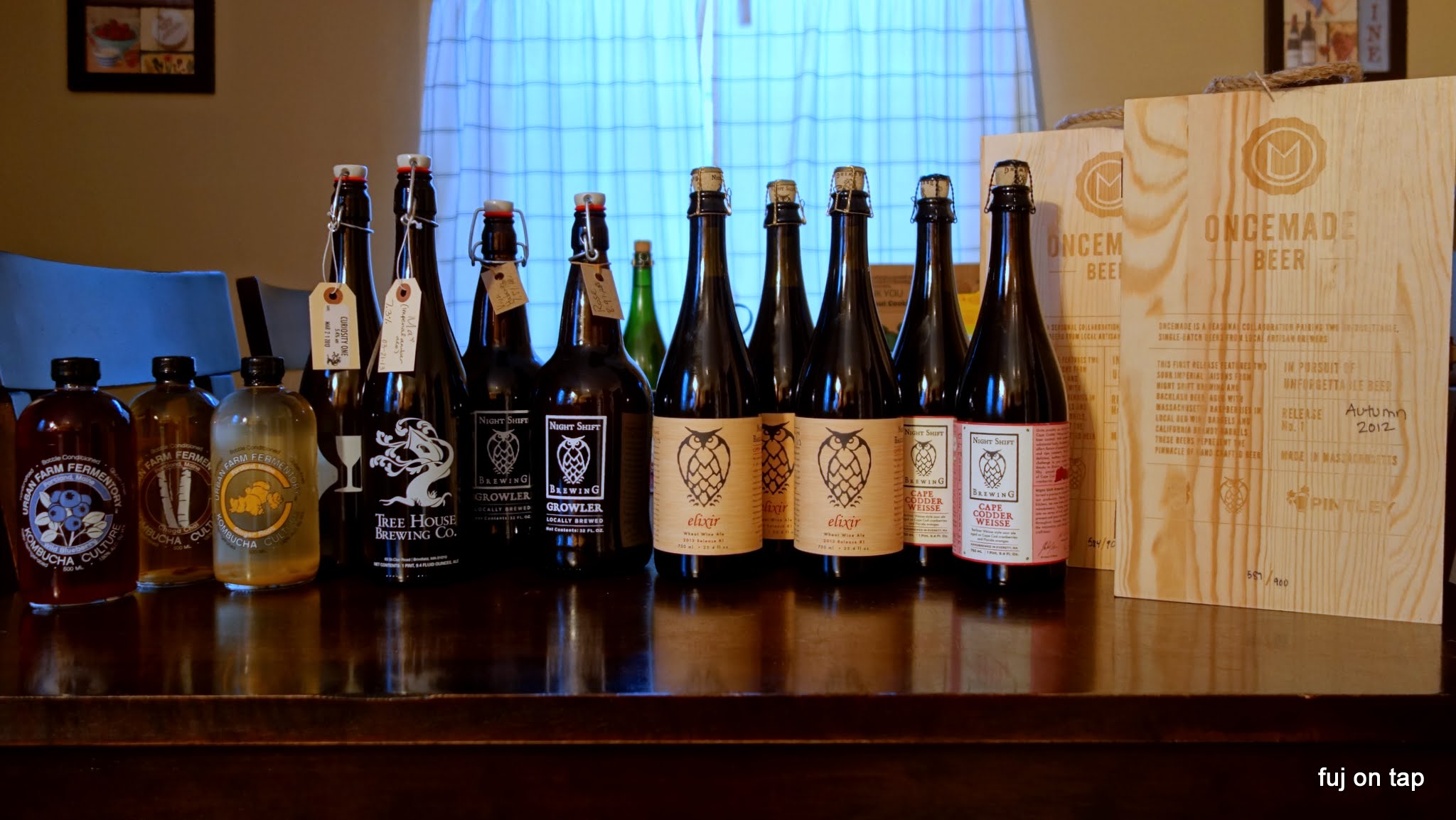 Wait, wasn’t I just saying that I’m out of space in the beer cellar? Not sure how this happened. I blame Elise.

We haven’t been out to Night Shift in a while, and it’s been even longer since I’ve been to Tree House. Since we had some bottles graciously waiting for us at Night Shift that Elise couldn’t wait to get her hands on, and after seeing Heather Vandenengel’s article on DigBoston (with a shout out to yours truly in there) I wanted to make a stop and finally check out Tree House’s new brew house, so we skipped out of work early yesterday and hit the pavement to head to Mass.

It never ceases to amaze me how much Night Shift expands each and every time I visit there. Always more equipment, always more barrels, always new beers in the works. If we could, we’d be there for every new release of one off beer they’re messing around with. Even their core beers are constantly getting tweaked, as evident with the latest batches of Viva Habanero and Rose.

The guys there are doing some really great work and I’m glad to have discovered them while they still getting their feet wet last year and on board with this year’s Barrel Society. They’re only going to get bigger and more successful, so if you haven’t made the trek out to Everett to visit them yet, you definitely make it a priority.

After we filled a couple of growlers, grabbed another couple of Oncemade boxes, Elise’s Barrel Society beers, and some UFF Kombucha (thanks Rob!) we headed on to Tree House for a long overdue visit. While I didn’t get there as early as I’d like, it was still nice to be able to stop and catch up with the crew on a relatively quiet weekday evening, as they just recently started having regular Thursday and occasional Friday hours.

We grabbed a couple of growlers of two new to me beers:

Like Night Shift, Tree House is expanding exponentially. The new brew house just arrived in late December and they’re already looking to upgrade again. However, as with any business that’s doing well, there’s always some opposition. Right now they are up against some issues that have caused them to cease offering tastings of the beers they have on tap. If you love Tree House the way I do, they could really use your support in their upcoming town meeting to get tastings back in the barn, and as the weather warms up, back on the patio around the fire and koi pond. I’ll update with details as I get them.