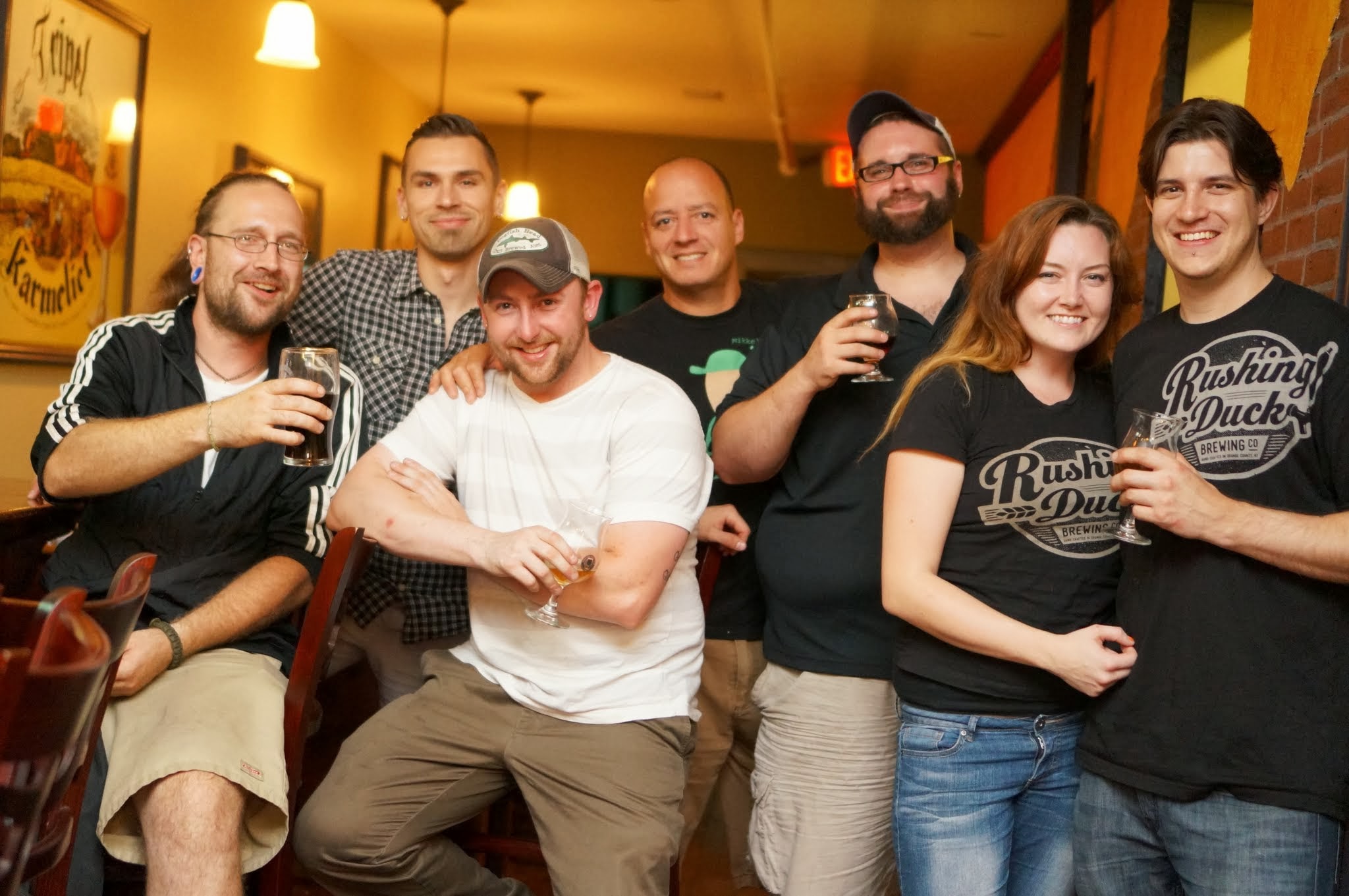 The crew from Rushing Duck celebrated their one year anniversary last week and us folks from the Capital Region were lucky enough to be included in part of the celebration. On tap were several of the brewery’s beers, ranging from their Beanhead Coffee Porter on cask with cacao nibs all the way to their Brett-fermented Funkatron series of beers, some special variations and everything else in between. The Bier Abbey had a pairing menu to go along with the beers, as well. I took a few pics of the night, check ’em out!

A damn fine tap list. If you have a tough time finding something to drink on this list, you’ve got problems! 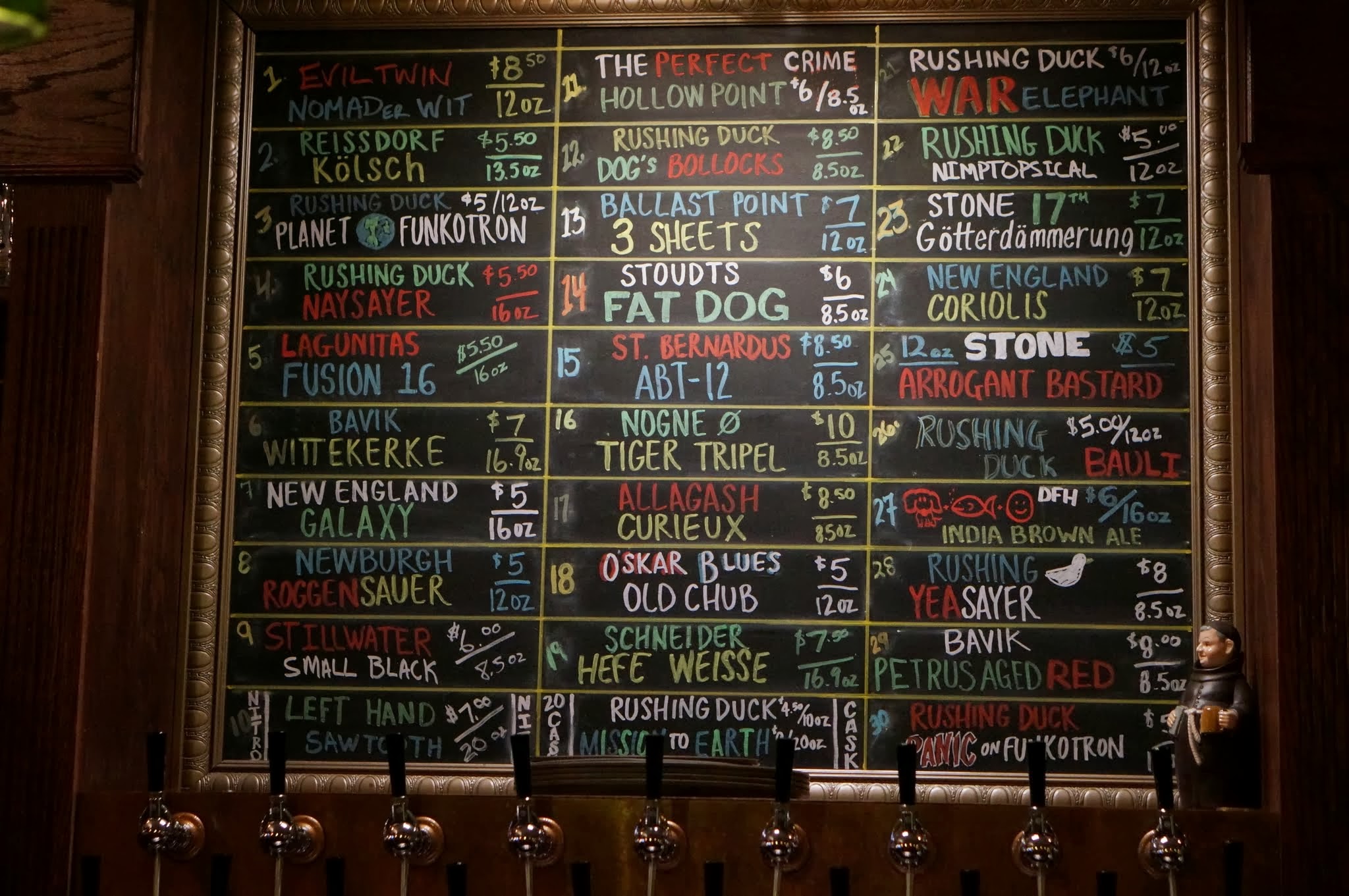 The Fish Tacos were damn tasty. Wouldn’t hate seeing these on the menu more often. Absolutely killer Wagyu beef salad. We fought over who was finishing the steak. No surprise, Geof won. 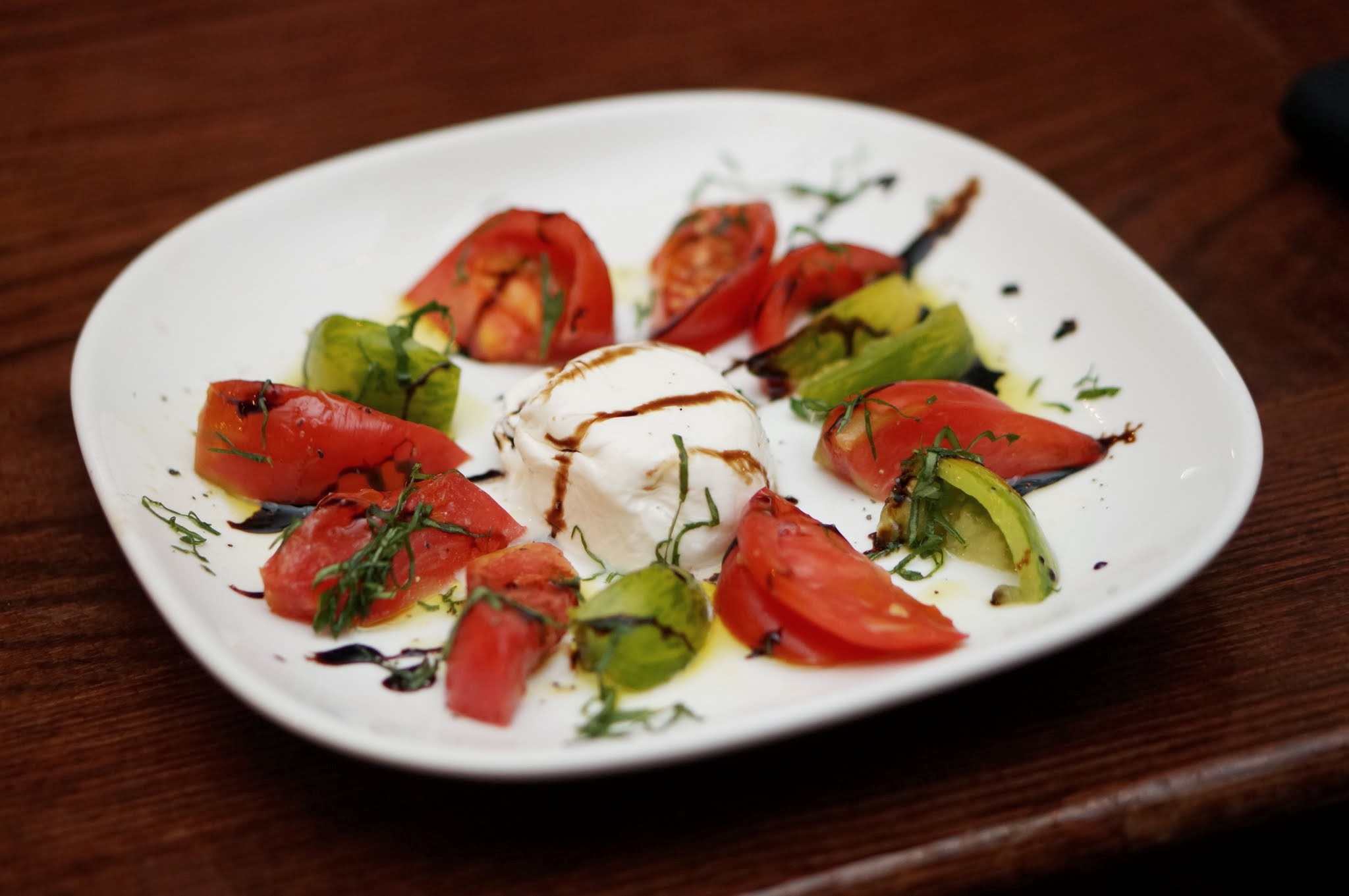 Mission to Earth, another part of their brett series, was on cask. Blended with mead and coming in at 7.1%, this worked surprisingly well. 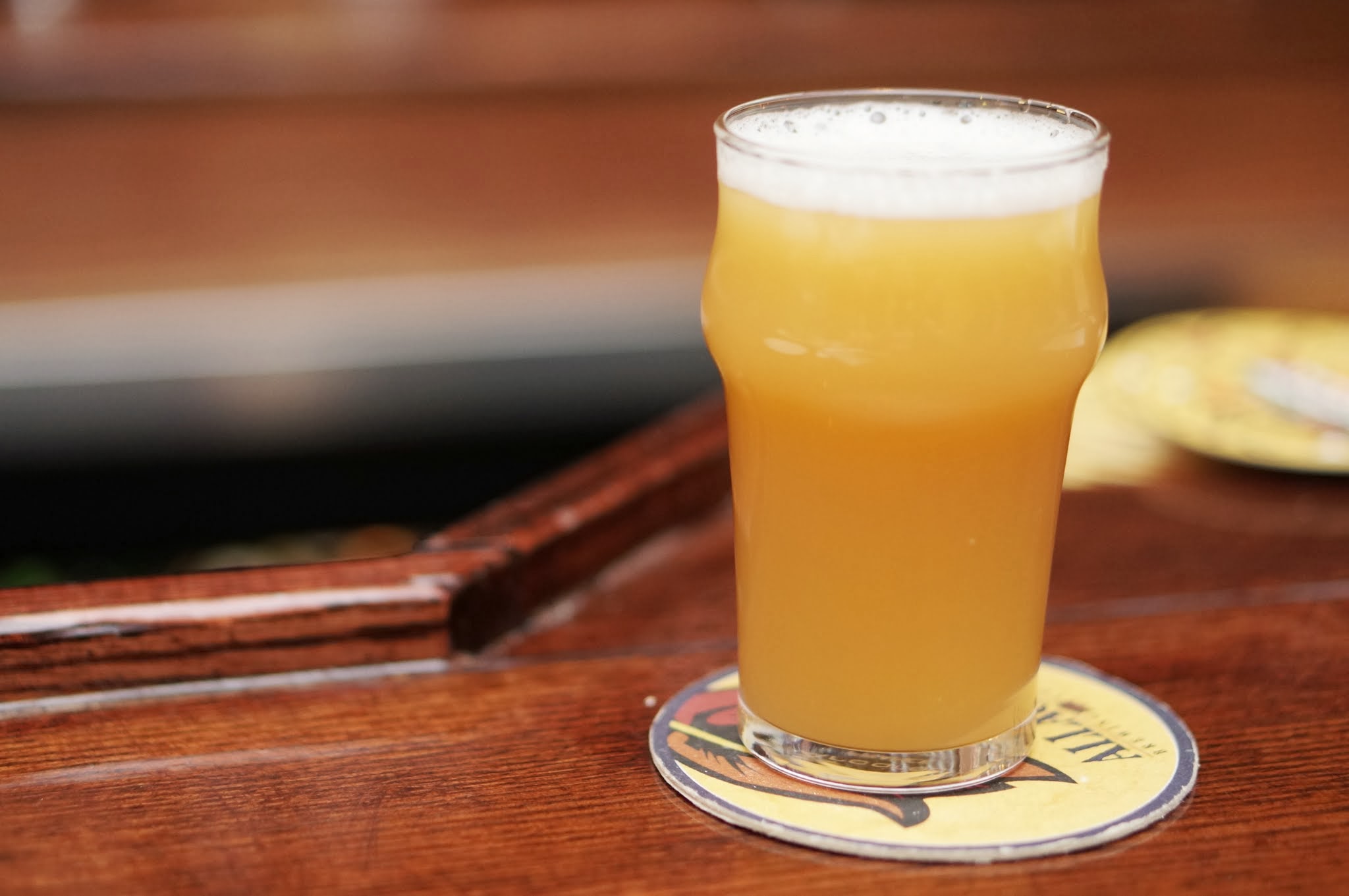 The Brownie Sundae was not part of the tasting menu but I had no problem clearing my plate. I’ll end it with one of George goofin’ off in front of the camera. 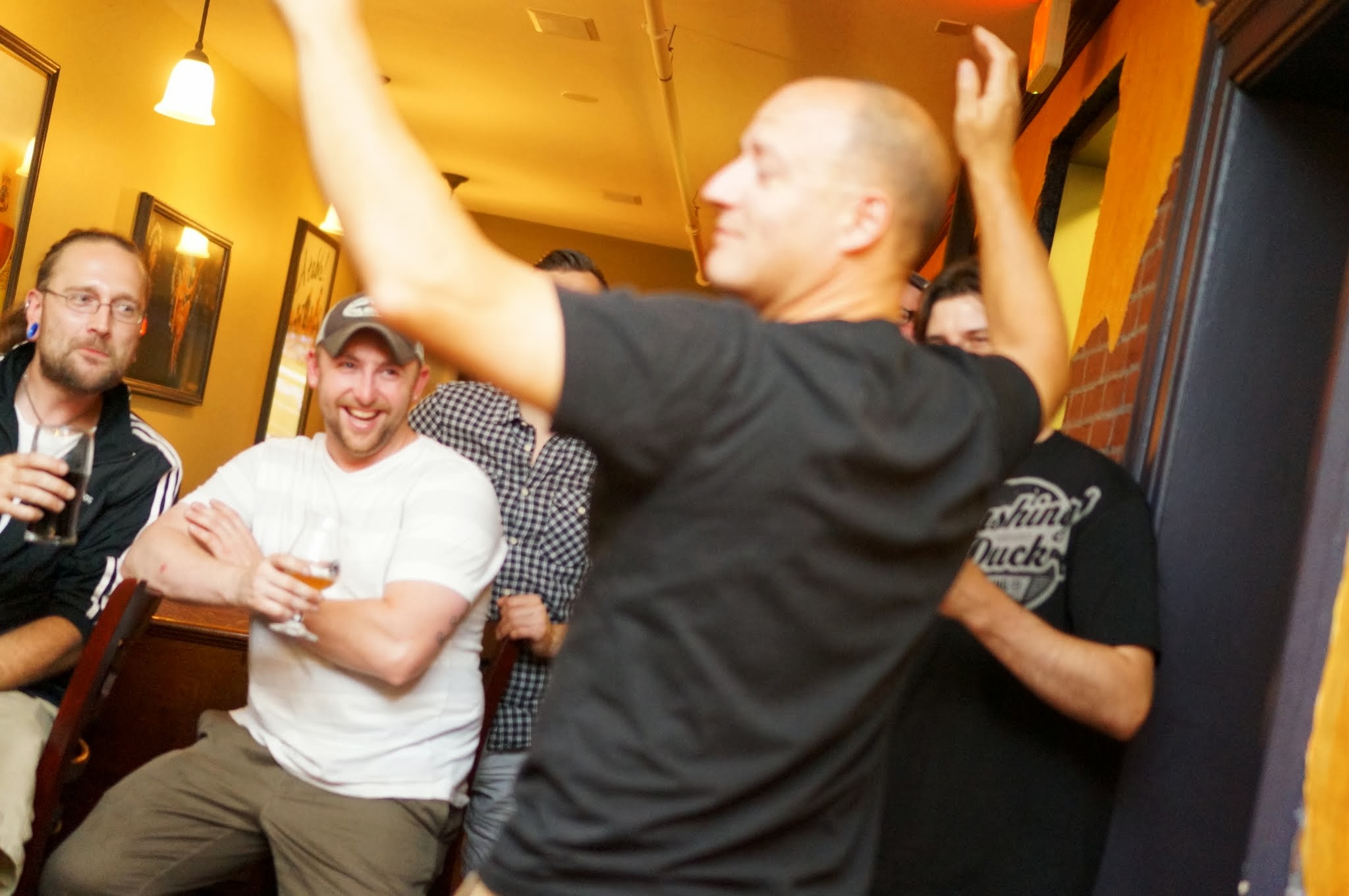 Always a great time when Dan and Nikki come up from Chester, NY with a little shenanigans from the Remarkable Liquids guys in tow. I’m looking forward to making a visit to check out Rushing Duck’s digs (how this hasn’t happened by now I don’t know). Here’s to many more anniversaries to come!
——